Keep tabs on your home with this affordable smart cam

ON THE COME-UP: Future Bright for Longhorns DB Ugo

For good reason. The future is bright for both the Longhorns and Ugo, who verbally committed to play for Utah on July 15.

"Seeing what Utah had to offer and the program's history, I knew this school would fit me best," Ugo said. "I am a versatile chess piece, so I'd fit in perfectly with their system."

"Jeffrey is a kid that has a great attitude and great work ethic," George Ranch coach Nick Cavallo said. "He's a
kid that's always ready to work. It's really been a joy to watch him mature from a freshman to now being a senior and being a leader on this football team. He truly exemplifies a person with great class, character and accountability.

"I believe he is just beginning to scratch the surface of his potential."

Ugo started playing football when he was seven years old. He loved it because he was able to express himself while building genuine relationships with teammates and coaches.

"First time I ever felt the ball in my hands, I knew that I was going to be something special," Ugo said. "I'm just blessed I had the support around me to do it."

Ugo said his game is "one of a kind."

"The second I step on the field, I'm a demon," said Ugo, who compares his game to that of former Seattle Seahawks safety Kam Chancellor. "I play fast and physical. Everything really comes naturally to me. When you approach practice with a serious mindset, the games are going to feel no different."

Ugo said as he's gotten stronger and faster, the game has slowed for him. Off the field, he admits he is a "bit of a character," a friendly young man who is outgoing and comfortable around a crowd.

"My motivation is my family," Ugo said. "The amount of love and support they've given me throughout the years in unbelievable.

They are my why.

THE ROCK: Senior RB Hymond Drinkard, who holds offers from Illinois State and Texas Southern, will be the Longhorns' go-to threat offensively. Drinkard had 725 rushing yards and eight touchdowns in 2020.

GAME TO WATCH: George Ranch had to forfeit its Bi-District playoff game against Katy Taylor last year due to COVID-19. The Longhorns were eager to get another crack at the Mustangs, who beat them earlier in the season. However, that opportunity will instead come Sept. 4, when the Longhorns host Taylor at Traylor Stadium in what appears to be a blossoming rivalry. 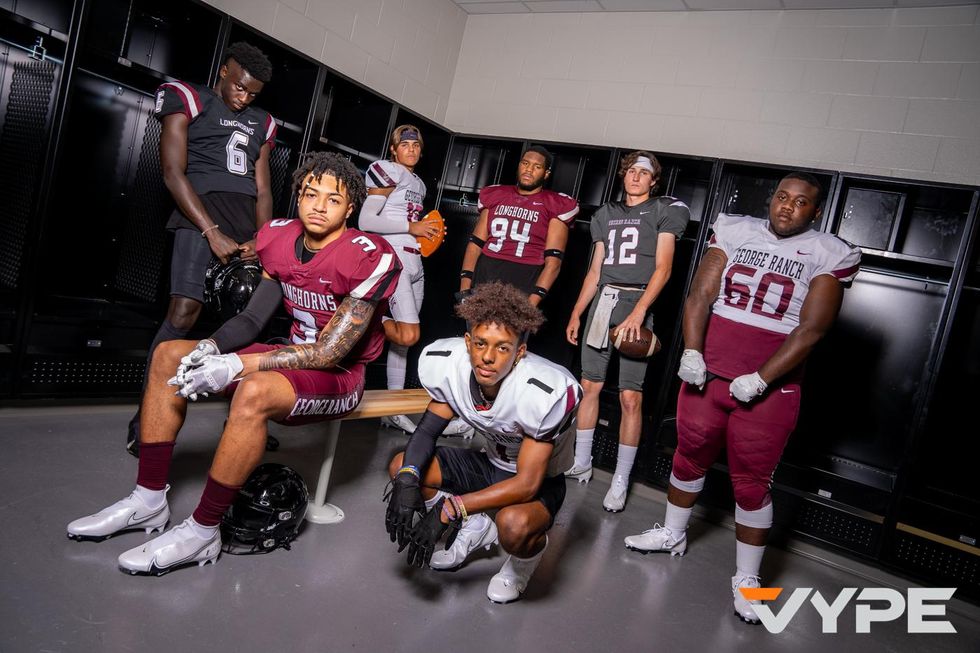