District 10-5A, Division II, may be one of the more overlooked districts in the state. With Huntsville, A&M Consolidated and Montgomery, as well as risers Bryan Rudder and Lake Creek, there are some powerful teams with game-changing talent.

Huntsville has emerged as one of the more underappreciated teams lately, despite handling its business year in and year out.

But the Hornets will not cakewalk to the district title, as this district has the parity to make things interesting when playoff spots are to be determined.

Huntsville enters the season ranked as one of the top teams in Class 5A in the state. The Hornets return 10 starters from an 11-1 Regional Semifinalist. Eight of those starters are on offense, which is interesting since only two return on a defense Huntsville has become renown for.

Defensively, the Hornets, who allowed just 11.4 points per game last year, are a work in progress. Senior 6-foot, 230-pound LB Calvin Simmons (84 tackles, 6 sacks, 2 fumbles caused, 2 fumble recoveries) is a monster playmaker, but other promising youngsters, like junior 6-foot-1, 180-pound DB Arthur Sandles, will have to step up in support.

The Bears bring back eight starters from an 8-4 Area finalist. They have sure-fire talent on both sides of the ball, but overall inexperience will be an obstacle early on.

Senior kicker Nick de las Alas is money from anywhere inside of 40 yards, and coach John Bolfing may have to rely on him more than he'd like.

The Tigers return 11 starters from an 8-3 Bi-District finalist. Senior Brodie Daniel, primarily a receiver last year, was the backup QB and looks to contend for the starting spot. He will have weapons around him in dynamic sophomore RB Keshun Thomas (505 yards, 6 TDs in 5 games) and senior two-way playmaker Dre'Kavian Minor. The offensive line has continuity back in 6-foot-1, 270-pounder Barton Melder and 6-foot-4, 270-pounder Joey Lightfoot. Defensively, the Tigers are led by 6-foot-1, 185-pound senior DE Jaden Thomas (76 tackles, 13 tackles for loss, fumble recoveries) and 6-foot-2, 210-pound LB Tyndall McNamara (64 tackles, 6 tackles for loss), providing an impenetrable core for any ballcarrier.

Optimism in Ranger Land is sky-high, as Rudder returns 15 starters (seven offensively, eight defensively) from a 6-4 team. It was only the second winning season for Rudder in its 13-year varsity history.

Rudder's defense has the potential to be one of the more dominant units, largely because of a gifted defensive backfield led by Heard (53 tackles, 3 INTs, 2 sacks) and 6-foot, 185-pound senior Tre McClenton (50 tackles, 17 tackles for loss, 7 sacks).

In its third year of varsity play, Lake Creek made history with its first playoff appearance in 2020. Now the Lions are hungry for that first postseason win. It'll be tough, though, as 31 lettermen graduated. Ten starters return from a 6-5 Bi-District playoff finalist, with six of those starters coming on defense.

After winning eight total games in its first three years of varsity play, Fulshear has a new head coach in Nick Codutti, formerly the offensive coordinator at Tomball High. Codutti brings energy and a passion for the spread offense.

Fulshear has several three-year starters, and Codutti is encouraged that a lot of his skill-position guys played a lot of meaningful snaps over the last few seasons. Inexperience on the offensive and defensive lines are concerns, though depth is not.

The Mustangs return 13 starters from an 0-10 team as coach Kiah Johnson fell on hard times in his head coaching debut.

But Lamar Consolidated boasts intriguing talent, beginning with senior WR Rayshawn Glover (665 yards, 6 TDs) and senior 6-foot-4, 190-pound QB Dylan Garrett (1,942 yards, 18 TDs). They could be one of the more electric duos in the district.

Garrett, in particular, is an impressive presence in the pocket. Senior 5-foot-11, 205-pound LB Tayvian Guidry and junior 5-foot-10, 273-pound DL Jadin Nelson anchor a defense that figures to be stronger with a year of experience in Johnson's 4-2-5 alignment. The offensive line and secondary are concerns for Johnson. 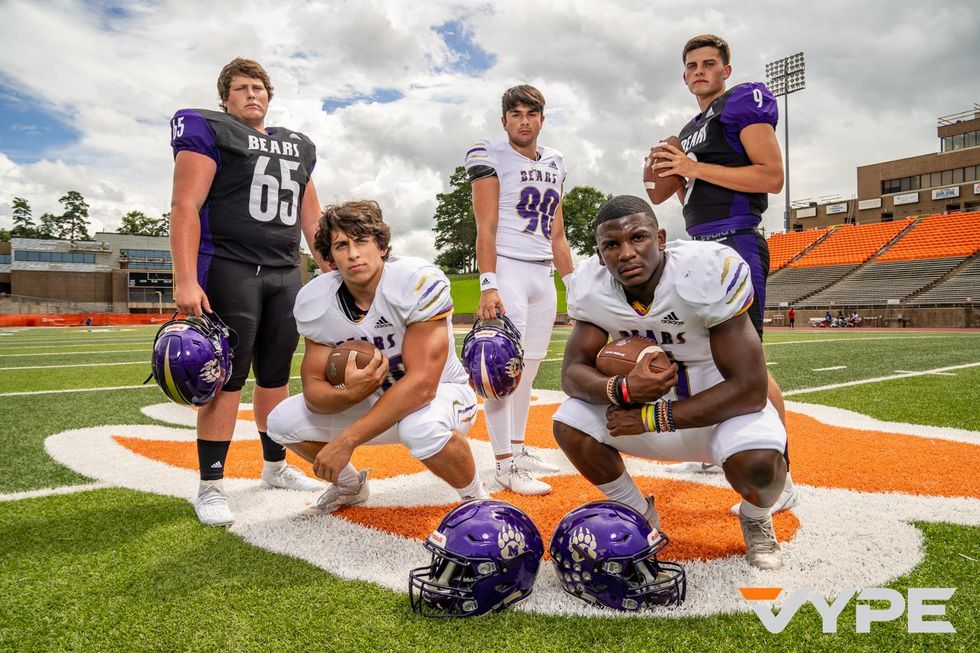 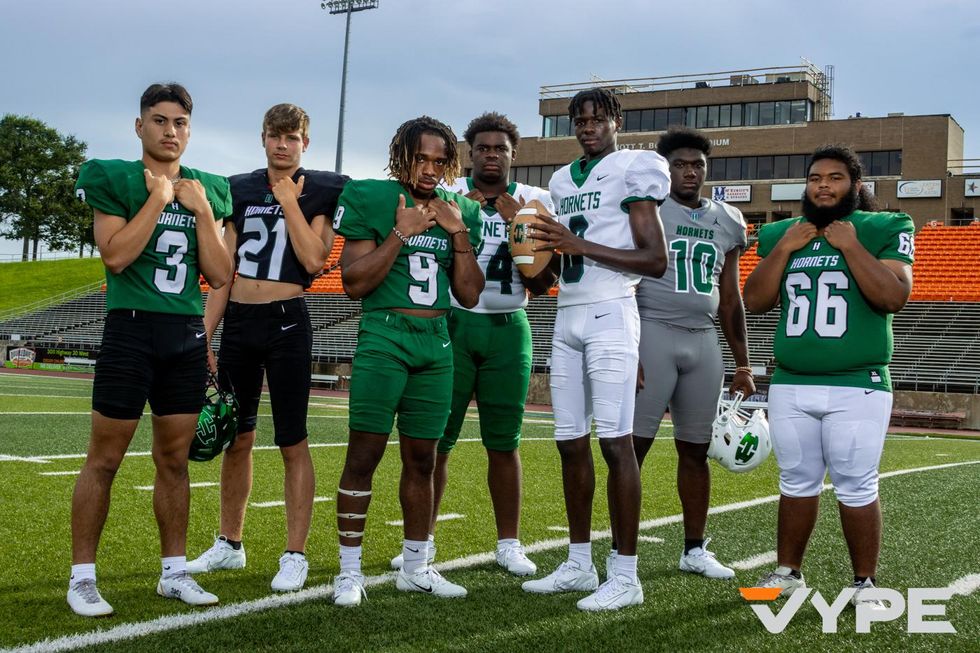 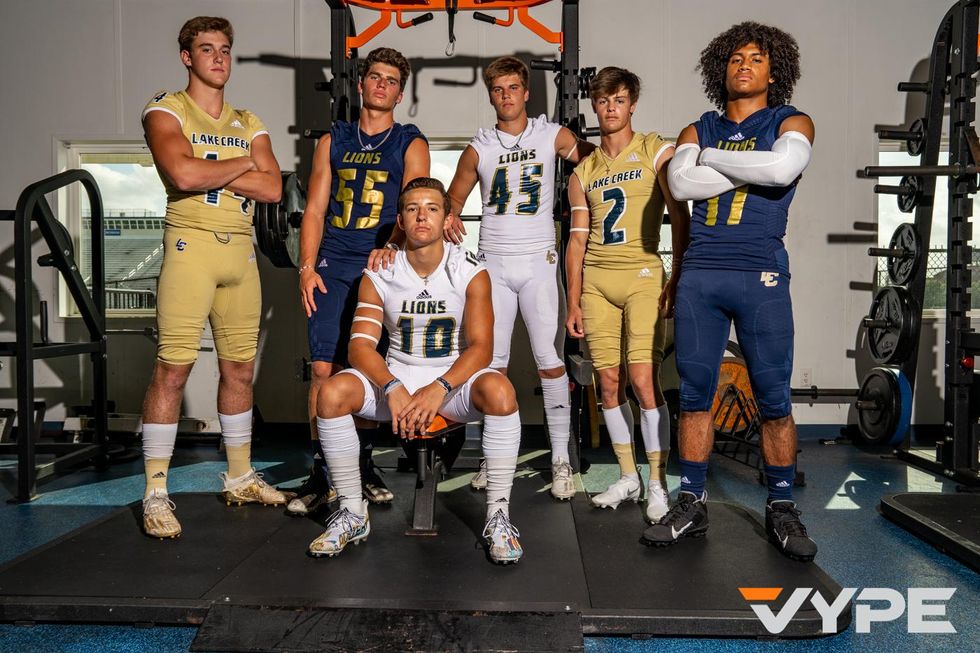