This is the Class 6A district that everyone watches.

And for good reason.

The crew is lead by Jon Kay's North Shore Mustangs, which has become the power program in Houston over the past few seasons.

Atascocita is no pushover under Craig Stump's tutelage, Derek Fitzhenry is building something special at C.E. King and so on.

This is full power, which makes this district fun week in and week out.

A new era begins at North Shore High School in 2021. For the first time in four years Dematrius Davis (Auburn) and Shadrach Banks (TCU) will not be the headliners as they have moved on to the next level after reaching the Class 6A Division I State Semifinals a year ago.

Defense...defense and defense. Did I mention defense? This defensive unit may be one of the best in the city when it is all said and done. The group is headlined by five-star prospect Denver Harris, the District 21-6A Defensive MVP at cornerback, who will be back after being injured in the State Semifinal loss to Austin Westlake. Across from him will be rising star Jacoby Davis, Ta'von Griffin and Jayven Anderson.

Other defense stars will be first-teamers Jacoby Brass and Texas-commit Kris Ross on the DL. Also, watch for Tai Leonard on the line, he is a super tall DE. At linebacker Kent Battle will anchor the MLB position. Others to watch on defense include safety Caleb Flagg (younger brother of Miami's Corey Flagg) and DL Ronald Wilson.

Offensively, Omarion Dudley and Talmadge Pounds will anchor the OL, Xavier Owens will rumble out of the backfield while David Amador and Jhalyn Bailey will be weapons out wide.

Atascocita has been either the District Champ or runner-up in each of the last eight seasons under Craig Stump. And 2021 shouldn't be any different. Last year, the Eagles went 7-3 overall and ended their season in the Region III-6A Semifinals with a 55-45 loss to Ridge Point.

Just how Stump likes it, he returns second-year starter Gavin Session at quarterback. Session is a dual-threat problem after passing for more than 2,600 yards and rushing for another 800 last year with 28 total touchdowns.

He will have plenty of targets in first-team, all-district receivers Chase Sowell and Keith Wheeler II. Tyras Winfield could be another option coming out of the backfield. Up front protecting Session will be five-star OL Kameron Dewberry.

Defensively, the crew brings back first-team, all-district picks Shun Maiden on the DL and ILB Jadon Ducos and second teamers on the DL in Micah Tate and Caleb Hudson. Also, watch out for Jonah Caseltine at LB.

Entering year five over at C.E. King, Derek Fitzhenry has the Panthers roaring. They have made the playoffs in three-straight seasons (the first time since the 2003-2005 seasons) and won their first playoff game since 2015 with a 56-0 victory over Channelview last year.

The Panthers will have to replace QB Kameron Kincheon (USMMA) but could have one of the best backfields in the district. Jerrell Wimbley is a wrecking ball after rushing for 1,774 yards and 20 touchdowns a year ago. He had 10 games of 100-plus yards on the ground of his 11 games played.

His counterpart D'Koreion Hammond also rushed for 1,100-plus yards and 11 scores. That duo will run behind the push of Louisiana Ragin Cajuns-commit Van Wells and Jalen Cooper on the OL. Defensively, DE Marque Williams, LB Roy Morris and CB Jakobe Crawford will be names to remember. Athlete William Hicks will be all over the field for the Panthers.

Other players to watch include Kerion Barnes (CB), K'mard Kimble (DL), Brylon Jackson (DL), Aaron DeLeon (DL) and Zaylon Davis (DL). This could be a big year for C.E. King if they can find their signal-caller to operate the offense.

The Bruins pushed their way into the playoffs finishing fourth, but then fell to Clear Falls in the Bi-District round.

West Brook will look different in 2021 as coach Eric Peevy moves over to Little Cypress-Mauriceville and in steps Chuck Langston, who was the offensive coordinator at Port Arthur Memorial. The team he takes over has dynamic playmaker Bryce Anderson, who can play on both sides of the ball. Last year he stepped in at QB for the Bruins and racked up more than 2,400 yards of offense.

Other key returners include OL Mykel Janise and WR Andre Dennis, who were both first teamers. Also back is TE/HB Ben Bennett.

Defensively, junior DL Braxton Chambers was a second-team pick along with ILB Garrett Richard and S Reggie Holmes. Anderson will be the one that moves them on offense but will it be enough?

The Kenny Harrison-led Bulldogs are coming off a three-win season in 2020, which included wins over Humble (their only district win), Friendswood and Dekaney. Can Summer Creek get on the right side of more games in 2021?

Of their losses, two were by seven or fewer points (West Brook 54-48 and Kingwood 26-22). They will have push up front behind Oregon-commit and five-star offensive lineman Kelvin Banks Jr. Also on offense, will be junior first-team, all-district receiver Andrew Alexander.

Marcus Schulz has started the #BleedPurple-era over at Humble High School. Schulz makes the move over to Humble from Splendora after longtime coach Charles West took an Athletic Administration job inside Spring Branch ISD. Since taking over, Schulz has built a buzz around the Wildcats' program that went 3-7 last year but failed to win a district contest.

X'Zavier Sidney will be the star on offense coming rumbling out of the backfield. Sidney rushed for more than 1,300 yard a year ago. Up front Humble will have size with big man Kentrell Mason who is 6-foot-6, 295-pounds with offers from New Mexico State and Arkansas leading the way.

Trevonn McCray will play all over the field for Humble at receiver and cornerback. Defensively, Damien Madkins will lead that group at linebacker. Schulz has assembled a nice staff at Humble, so now we will see if it translates to wins.

In Cale Melton's first year at the helm of the Mustangs, the group posted a 2-8 overall record with both wins coming in the final two weeks of the year over Humble (17-7) and Summer Creek (26-22). So, the Mustangs carry that momentum into the offseason, which was more normal than Melton's first due to the COVID-19 pandemic.

Kingwood brings back second-team, all-district OL Andrew Hodges and RB Nick Bernell on offense, while first- teamer Grant Mize will lead the defense at inside linebacker. Also, watch for OLB Cannon Borum and safety Evan Richard on defense. They were both second-team picks a year ago. Defensive end Nick Kresovich will also be a name to remember. 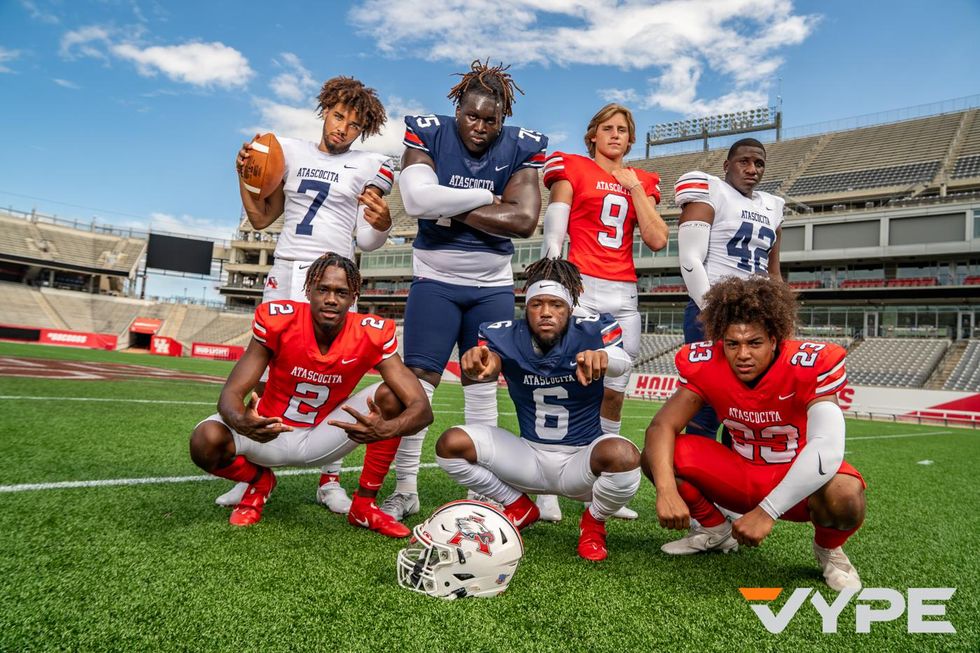 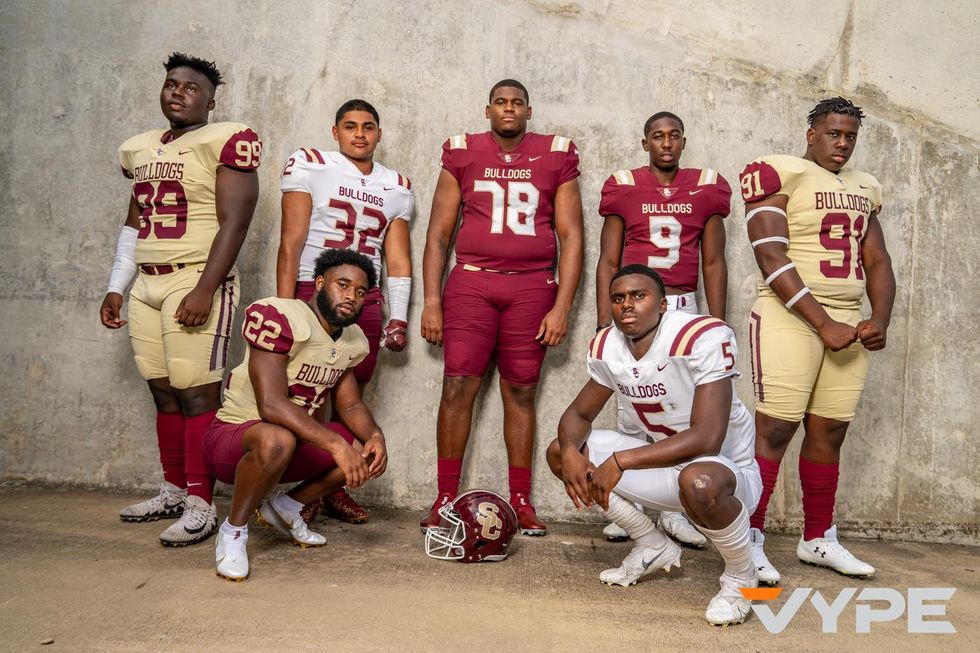 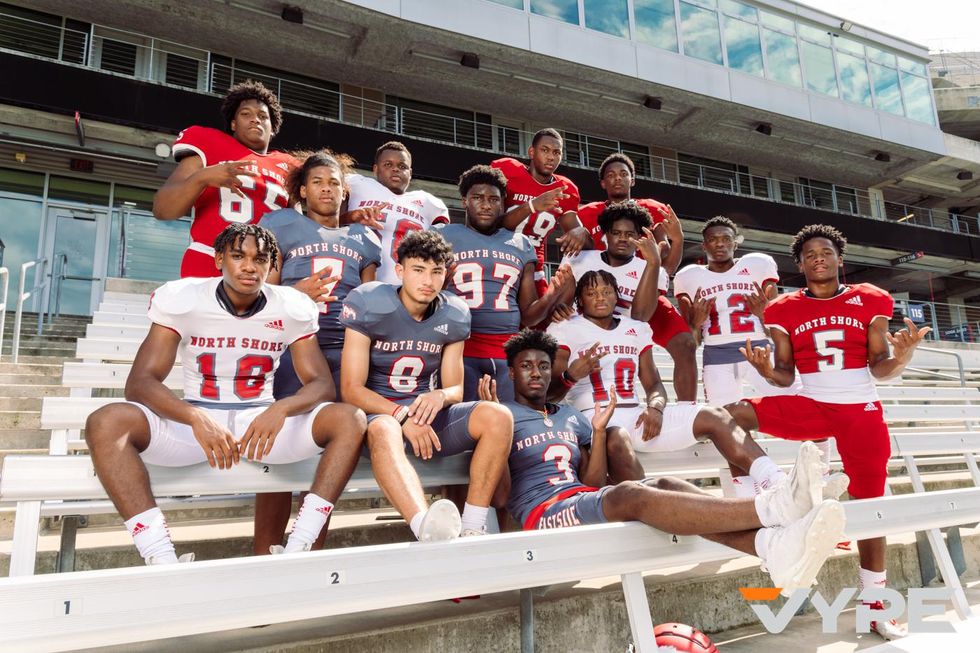 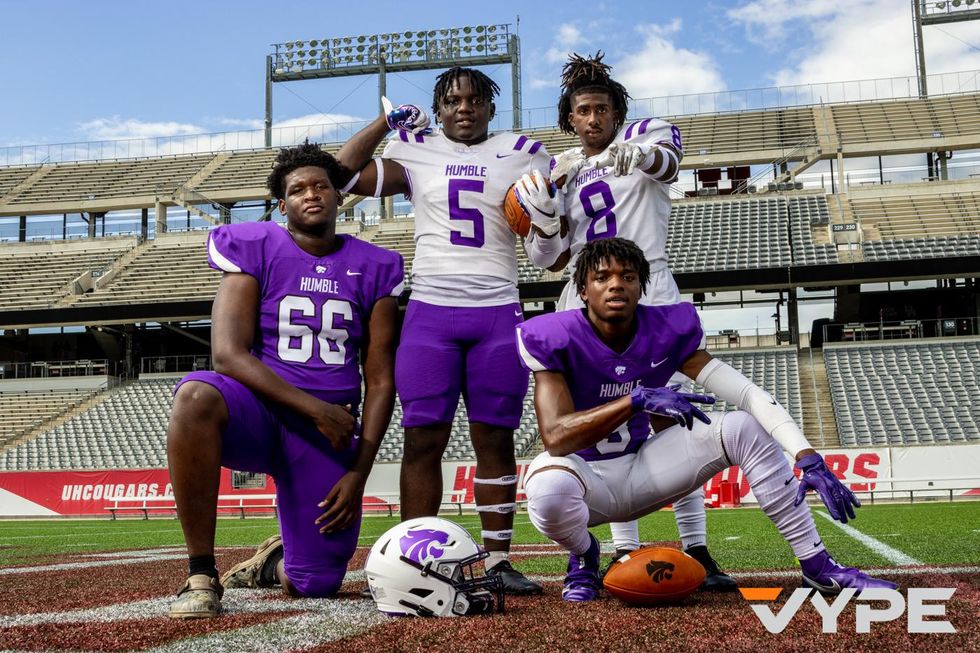 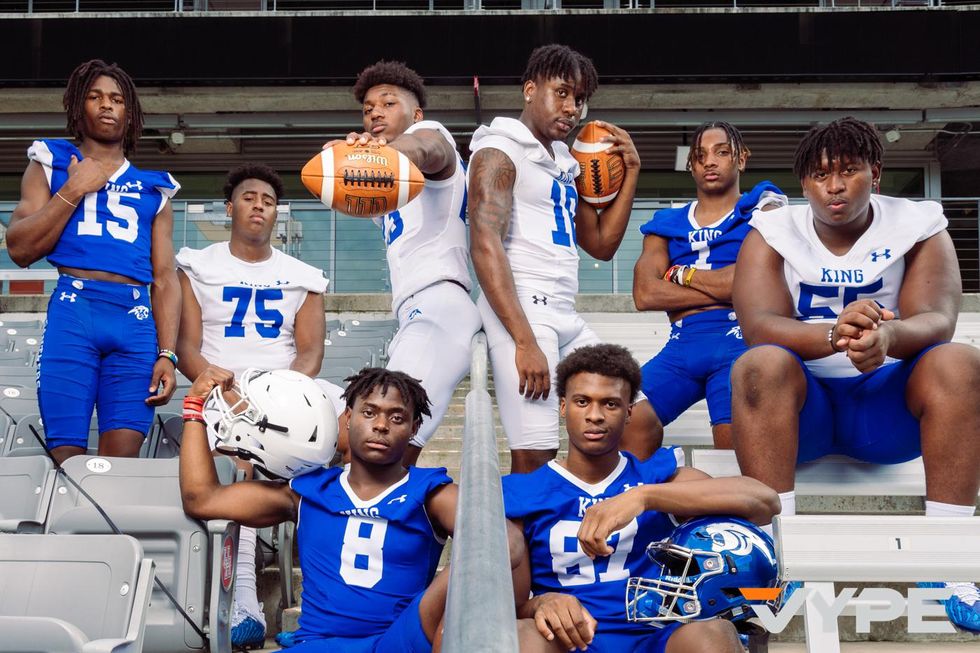