Foggy and cold start to Tuesday

District 15-6A will go through the spin cycle this season as several stars cycle out to the college game.

District champ Tomball Memorial says goodbye to athlete Joseph Manjack (USC), while district runner-up Cain will be without national recruit and Texas-commit Jaydon Blue, who has decided not to play his senior season.

Tomball could be the sleeper team with a solid QB situation. With that being said, the district title is somewhat up for grabs.

Coach Sam Parker is building consistency at Tomball Memorial. The 'Cats went undefeated in district play and made history in 2020 going to the Class 6A Division II Regional Semis before falling to Cedar Hill. That followed a co-district title and an Area appearance in 2019.

The 2020 senior class had a pair of ballers in QB Colton Marwill (Colorado School of Mines) and WR Joseph Manjack, who was a first-team, all-state receiver and an all-district hooper. They are tough to replace, so who will lead the pack in 2021?

RB Richard Rodriguez returns for his senior season after rushing for nearly 2,000 yards last year. What will he do for an encore as teams will be keying on him out of the backfield? Chase Lovick emerged as a talented No. 2 WR a year ago, but now he's the No. 1, and who will be getting him the ball? If Parker knows anything, it's how to run a prolific offense, so we are sure he has someone waiting in the wings. Josiah Rodriguez anchors the OL at 6-foot-7 and Lito Perez gets it done on the defensive front.

Jesus Castanon runs the middle of the field at LB, while Dylan Hayward, Matt Bess and Kale Berter are the last line of defense in the secondary. Watch out for Sima Weaver, who is a pure athlete and will be all over the field for the Wildcats.

Ok, University of Texas-commit Jaydon Blue has passed on playing his senior year, but all is certainly not lost at Klein Cain.

Who does this affect the most? QB Carson Roper, who has all the tools and needs a big year for the Hurricanes. The 6-foot-2 dual-threat has a big arm and can run a little bit. If he improves on his consistency, this guy is dangerous. Why? He has one of the best targets in the State of Texas in WR Matthew Golden. The TCU-commit is an uber-athlete, who can run (10.93 in the 200-meters), jump (21-feet, 8.5 inches) and catch (1,100 yards in 2020). He's a matchup problem. John DosSantos, Joseph Foxworth and Gibson Pyle are the bigs up front and will need to protect Roper.

On defense, it's DL Lukia Rawls – the returning District Defensive MVP – and LB Connor Been (over 100 tackles). Also, watch for Blake Yokeley at safety for the Hurricanes. The defense needs to stiffen up to win tighter games in one of the toughest districts in Houston.

Are the Tomball Cougars on the cusp of something big under the direction of coach Kevin Flanigan? If QB Cale Hellums improves on a solid junior season (3,000 all-purpose yards), the Cougars could be the surprise team of the year. His favorite target is WR Jayden Grey (6-foot-4), who was first-teamer a year ago.

The defense returns five with Cavan Tuley leading the attack at DE along with Luke Roaten. Bates also plays some line when needed and the back end is supported by Matt Gainey and Brandon Perry. Keegan Handal will need to spy at the LB spot.

Tomball went 7-3 and 3-3 in district last year. They will be even more improved this season.

A year ago, Klein Collins had two-time, defending state champ North Shore on the ropes in Week 1. QB Colby Powers was shredding the Mustangs until... Powers was power-slammed by a pair of North Shore defenders on a blitz and he was done for several weeks.

So were the Tigers' district hopes as Collins struggled barely getting into the postseason.

The 2021 Tigers will go as the Hasan-Hackney twins take them. Collins is known for a stingy defense and Jayden Hasan-Hackney (6-2, 225) returns from injury as a bone-crushing LB. Jeremiah Hasan- Hackney is a bullish RB that can move the chains, just how coach Adrian Mitchell likes it. Justin Castillo was serviceable in a tough situation coming in for the injured Powers. He will only get better with more experience.

Jackson Felkins and Roger Solache will keep him upright on the line and Ethan Wyatt and Aiden Smith are the weapons on the outside. Addison Taylor, Chris Grant, Leroy Ojo and Ty Armant-Berry are strong in the secondary. Reagan Schluter will anchor the linebacker position.

The Klein Oak Panthers are going to have a different look in 2021. Gone is coach Jason Glenn, the heartbeat of the Panther program, who was named the Klein ISD Director of Student Outreach in the offseason. His OC Brandon Carpenter takes over as the head coach and will have his work cut out for him with eight returning starters and only one on offense.

Junior QB Preston Hatter could be the surprise player of the year, however, and has the Panthers' playoff hopes riding on his arm. Kaleb Black will need to lighten his load out of the backfield and in space as an inside WR. Black has wiggle and explosive speed. Charles Garrett is the big back, who can move the pile, and TE Johnathan Hall could have a huge junior season.

The defense will run the locker room, however, with DB AJ Broussard, LB Gannon Tullos and DE Dorian Gates (Vandy-commit) as the leaders. All are tremendous students in the classroom.

The trenches will need some work and the Panthers will need to hold off Klein, Tomball and Forest for a playoff spot.

Coach Shane Hallmark is old school. He might still even have a flip phone. But don't forget, he led Hightower to the State Title game in 2008, before taking the head job at Klein in 2010. The guy has some serious coaching chops and will fight for a playoff spot in 2021.

Hallmark will keep it on the ground with Quentin Curtis and Myles Arterberry, controlling the clock and not turning the ball over. QB Langston Stewart needs a big year making the right decisions through the air and picking his spots to tuck it and run. Aksel Richard will be his primary WR. The OL is led by Paul LeDet and Evan Peropat.

Coach John Wilson was dropped into the fire in 2020. His first head coaching job during a pandemic is a tough position, but the culture is turning in the Land of the Golden Eagles. The KF-grad is invested and his student- athletes are buying into his process. It's all about the trenches for schools in a rebuilding mode.

Jeremiah Allen, Jossue Rios and Jose Lopez will hope to keep QB Dante Samuels upright and open holes for Kendrick Bradley and Parker Jenkins coming out of the backfield.

Sophomore Jelani Watkins is a big-play receiver, who has a DI future as he already has an offer from Texas A&M without one varsity football game played yet. He's the brother of Ahmonte Watkins, who is a TCU running back.

The defense has a pair of bookends at DE in Brad Spence and Ty'Vrell Hollings Also, watch for DB Christian Morris. Winning three district games this season would be a big step in the right direction. 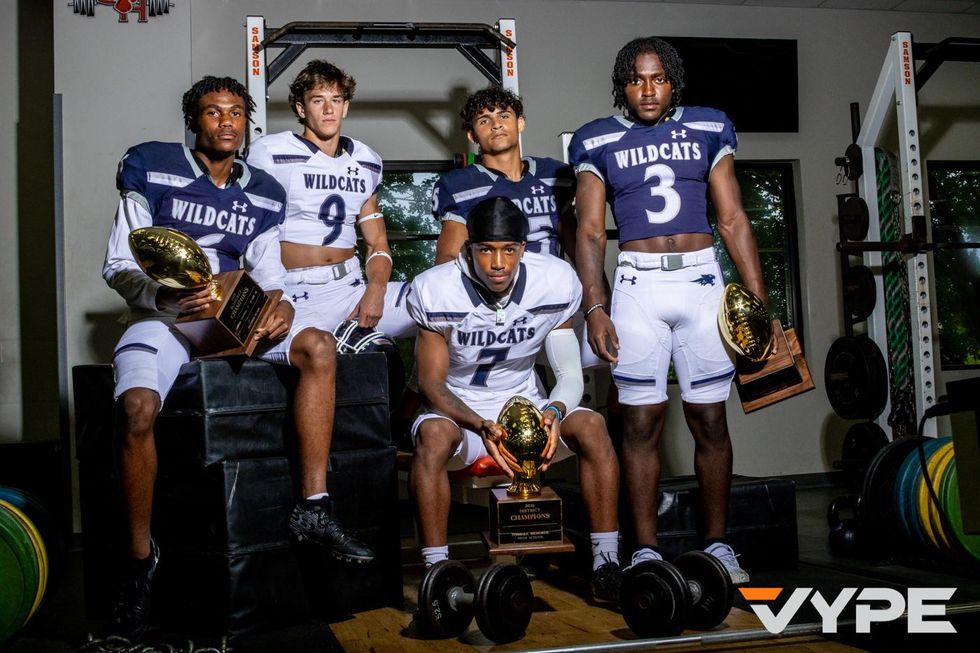 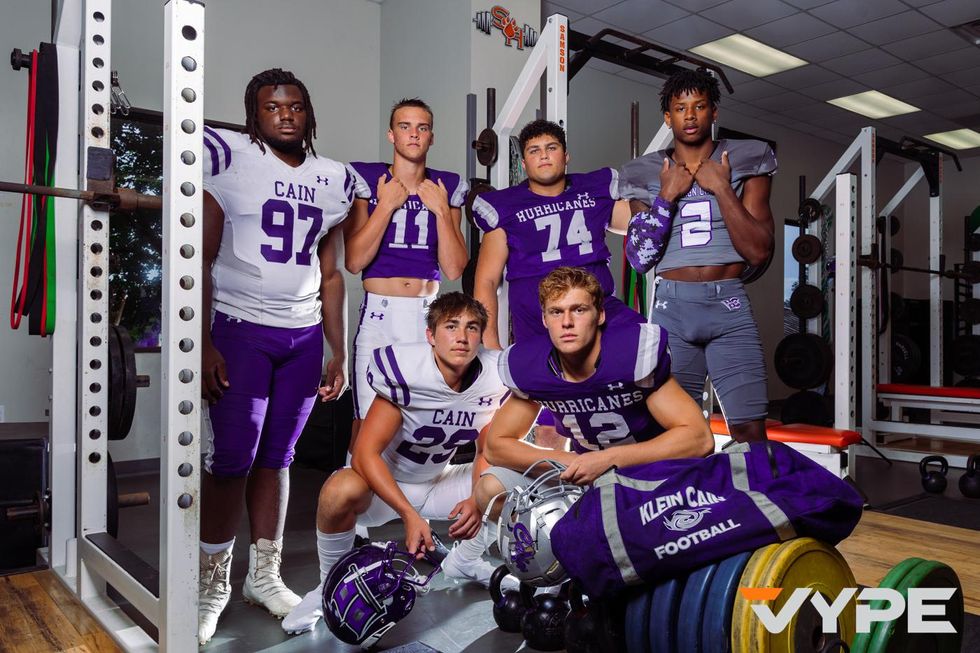 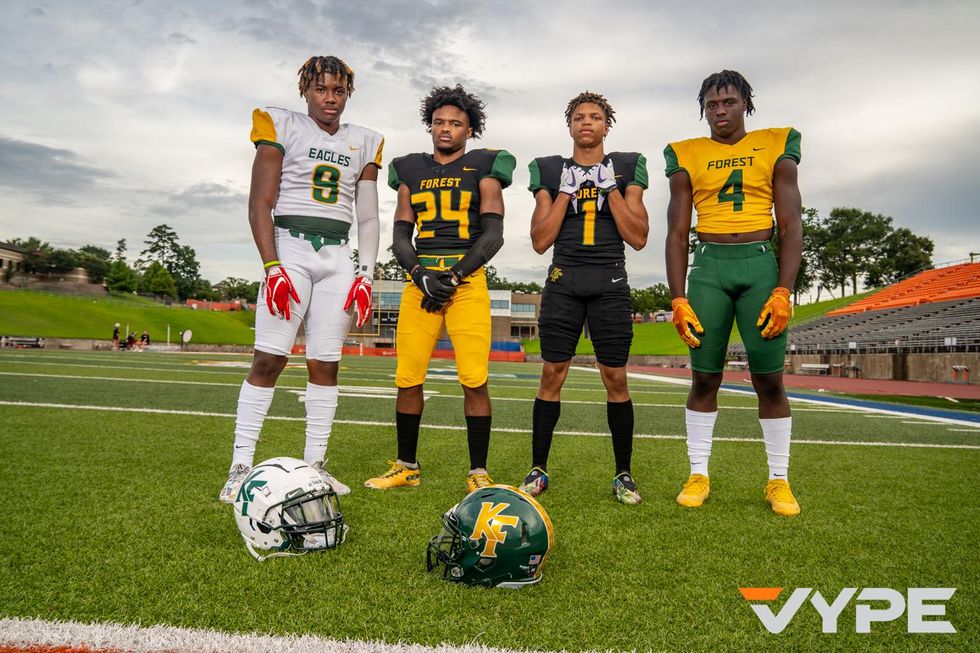 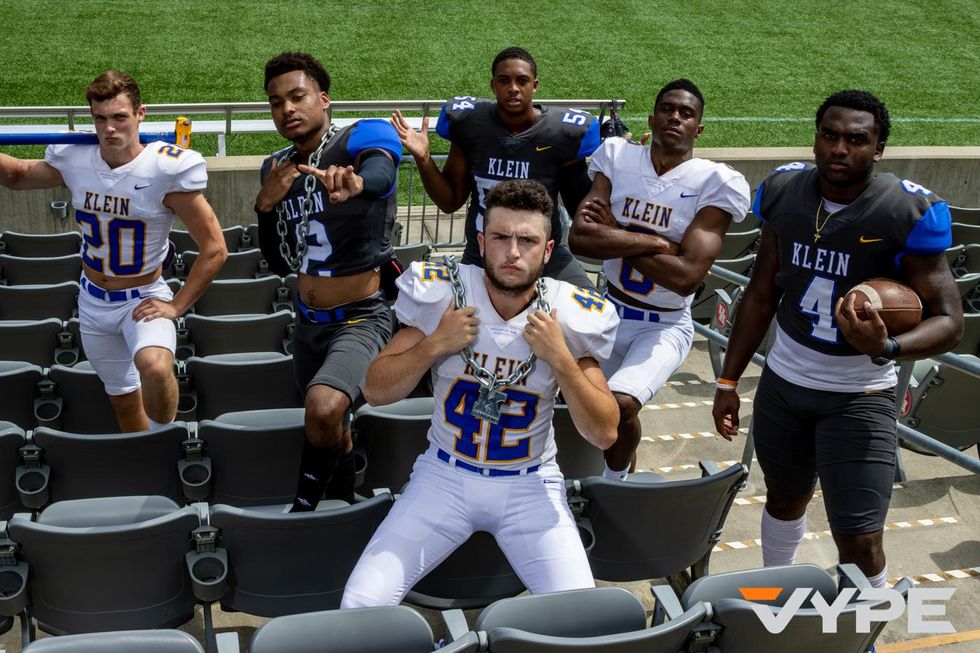 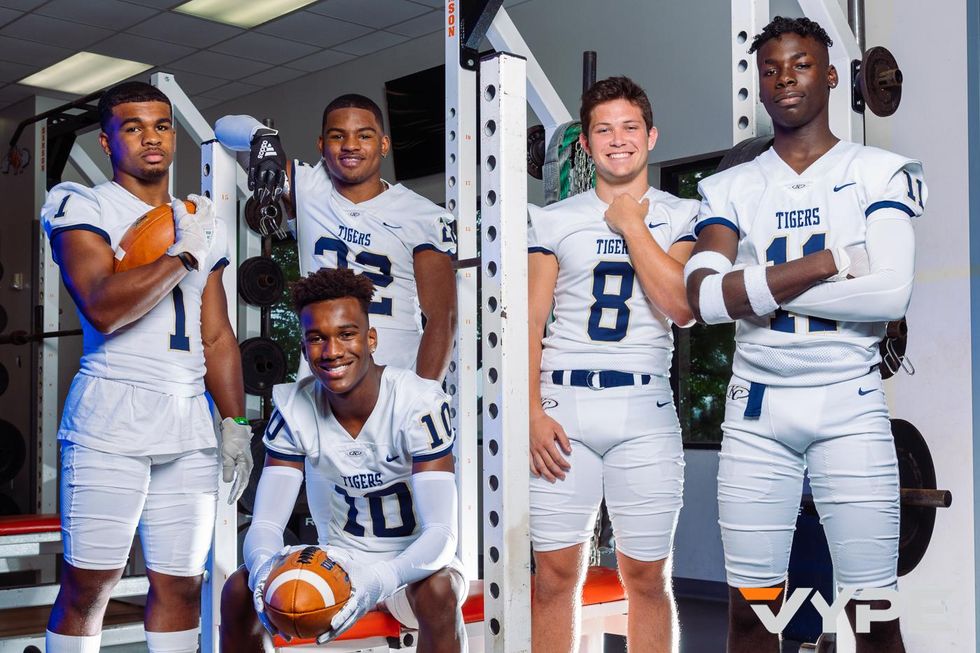 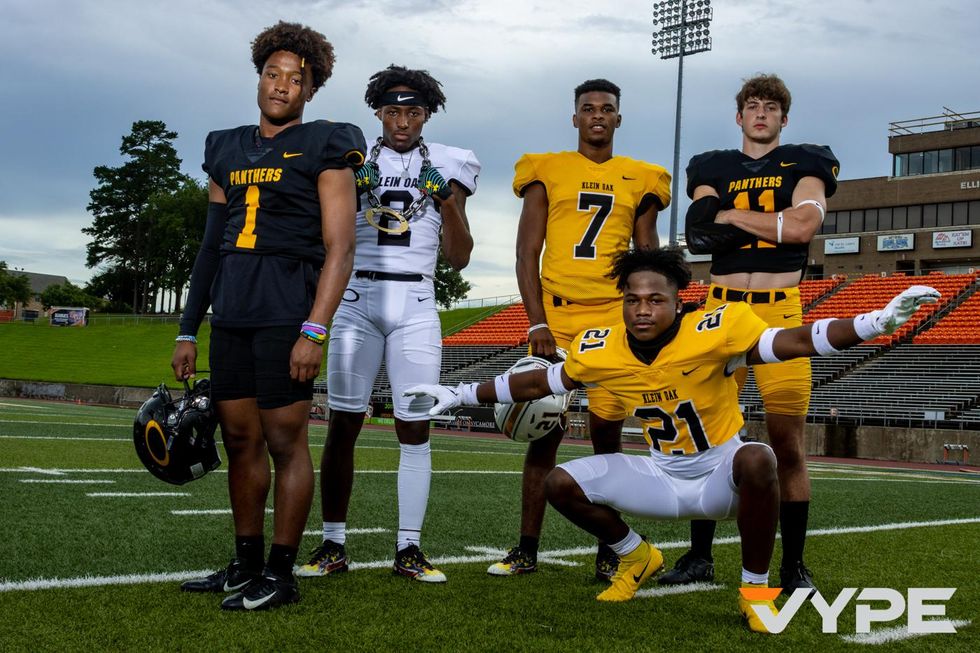 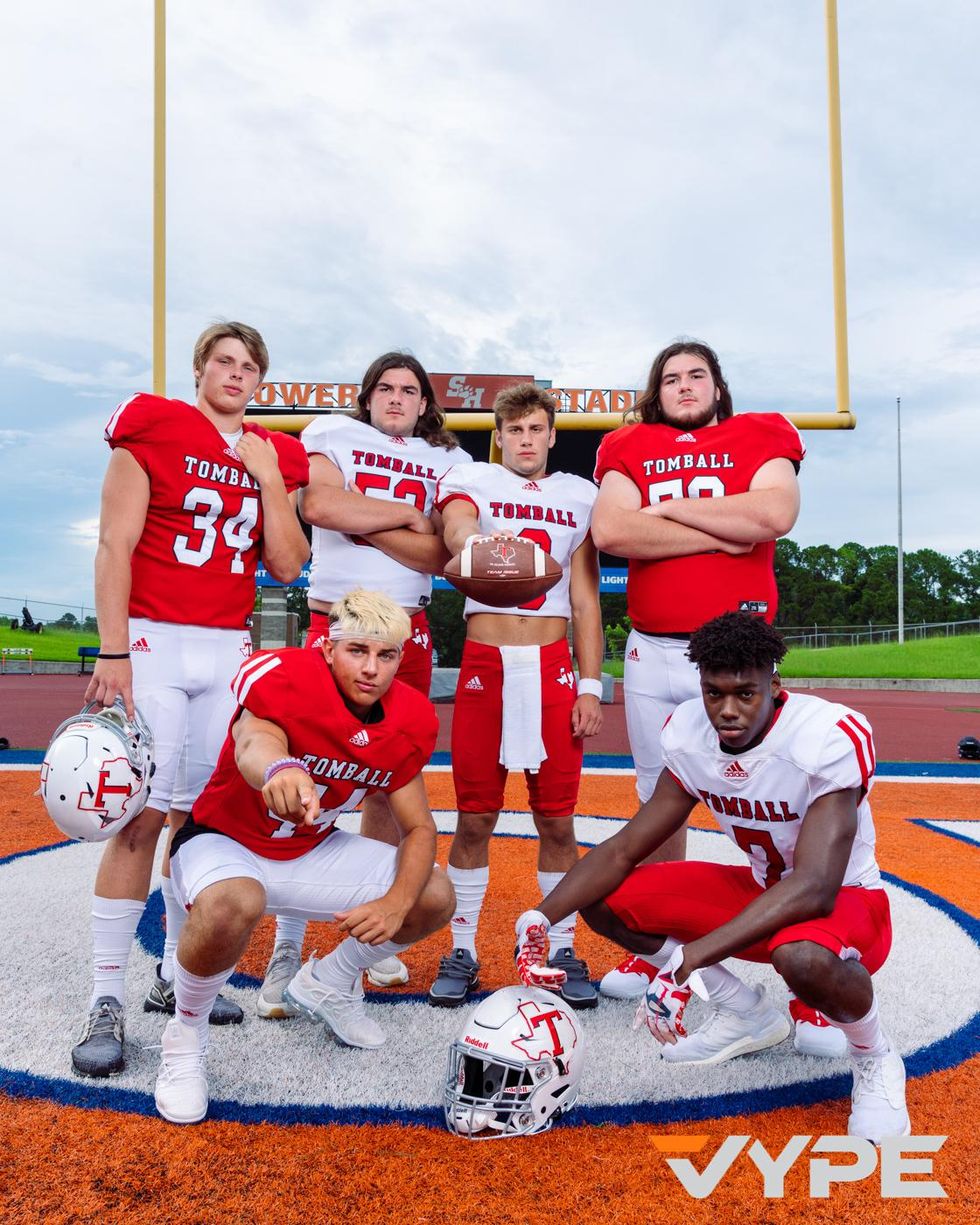