"I wasn't that good, but I liked it," the George Ranch senior right-side hitter said.

Little did she know how much the performing arts would pay off.

One of the top players in the Greater Houston area, the 6-foot-2 Lednicky, a Texas A&M-commit, is someone younger players look up to. She welcomes that, embracing a leadership role she would have shied away from years ago as she was reluctant to talk in front of others for much of her childhood.

"Singing and theatre prepared me on how to speak in front of my team," Lednicky said. "I used to be really nervous on stage, and it helped me when I got to high school, playing in front of big crowds and speaking publicly. I learned to stay calm."

No stage is too big for Lednicky these days.

She averaged 3.2 kills and 2.1 digs per set last season, with 77 blocks and 23 aces. With Lednicky and fellow NCAA Division I commits Allie Sczech (Baylor) and Avery Shimaitis (Pepperdine), the Longhorns are loaded this season. All three are four-year lettermen for coach Cheyanne Forshee.

"We have high expectations," Lednicky said. "We just need to capitalize on it. Us three seniors, I think we have the drive and understanding of the game and how to lead others to get far into the playoffs."

Lednicky led the Longhorns in kills and was second in blocks last season. It's her hitting prowess that stands out.

Lednicky, who averages a 40.6 kill percentage over the last two seasons, reads the court at a high level. She can visualize when and where gaps in a defense will open up. Instead of just slamming the ball down on attacks, Lednicky knows deep corner shots are more effective.

"You might not get the ooh's and aah's from the crowd, but you'll definitely have the kills on the stat sheet, and that makes a huge difference once you get deeper in the playoffs," she said.

Lednicky knows she can be even better. It starts with being better composed under pressure to serve as a beacon of assurance for teammates. It continues with improving her back row attacks and defense so she can accomplish her goal of playing as a true freshman at A&M.

"It's going to be a really fun season," Lednicky said. "We can be successful if we just work hard and play it to the best of our ability." 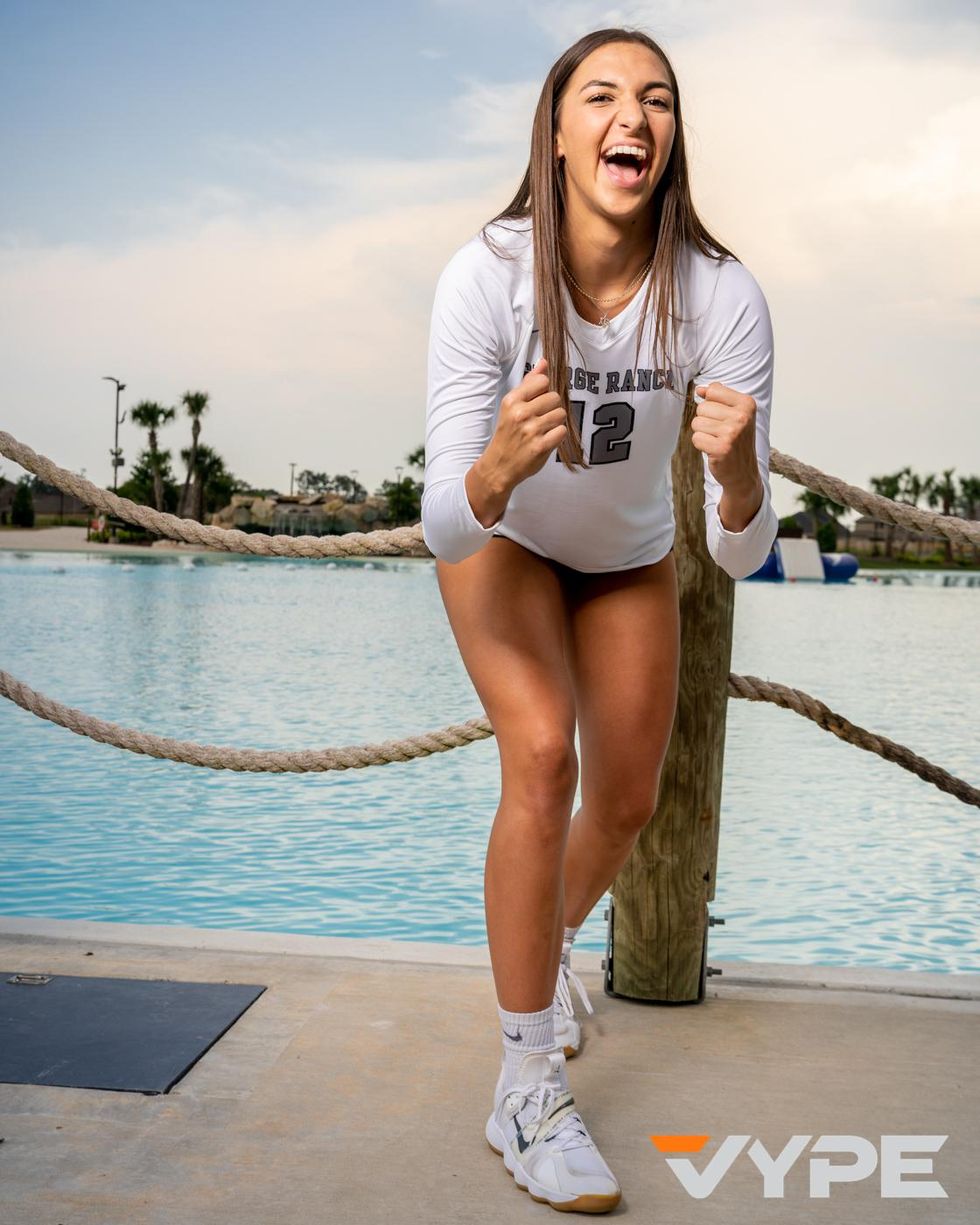