Worried about flying debris on roadways? Here’s how you can avoid the nightmare and save money, hassles

Tompkins' rising recruit Knight has it all

Whether he was tossing in buckets on his Fisher Price hoop as a 3-year-old, or winning Junior Olympics state championships in the 400-meter dash as a nine- and 11-year old, Knight has been special. Almost born to hoop.

"(Tompkins basketball coach) Bobby Sanders used to tell me, 'He's going to be about 6-5,'" said BB's father and Tompkins assistant coach Brian Knight. "I'd say, 'Man, how do you know that?' And he'd tell me the ankle to shin ratio being so long, things like that. Even he could see it at a young age."

So, while Knight is taking the Texas recruiting scene by storm this summer, becoming one of the fastest rising recruits in the Class of 2022, perhaps people should have paid closer attention. It was always there.

The fact the 6-foot-6, 185-pound shooting guard, a pure shooter who can leap defenders in a single bound, holds 14 offers, including LSU, Illinois, and Rice, is no shocker.

Knight's stock has blossomed considerably this spring and summer. He said he grew 3-4 inches since the last time the AAU summer circuit took place two years ago. Physically, he looks the part. Skill-wise, he confirms it. Once considered a shooting specialist, he has proven to be more than a one-dimensional talent, boasting a 40-inch vertical and consistently displaying strong defensive instincts.

Knight will play in the elite Nike EYBL Peach Jam tournament in Georgia in mid-July, and then will gather with Brian and family at the end of July to review his options. He intends to make a college commitment by September.

"I want a place where I can come in and play early, contribute early," Knight said. "Shoot 3s, play my game. Get out in transition, come off screens. I just want to go out there and hoop, doing what I love."

Knight is a clear standout on the court with his size and skill. Otherwise, though, he is unassuming.

While goofy and funny around family and close friends, he is quiet and respectful around others. A 'yes, sir,' 'no, sir' type. He enjoys watching "Stranger Things" on Netflix. He listens to R&B and hip hop. Jamming to Lil Baby before games is an absolute must.

Knight is observant. When he makes college visits, he'll pull aside players and seek insight into how a coach is or isn't, understanding that how a coach presents himself in front of a recruit could be entirely different than how he is in front of the team. 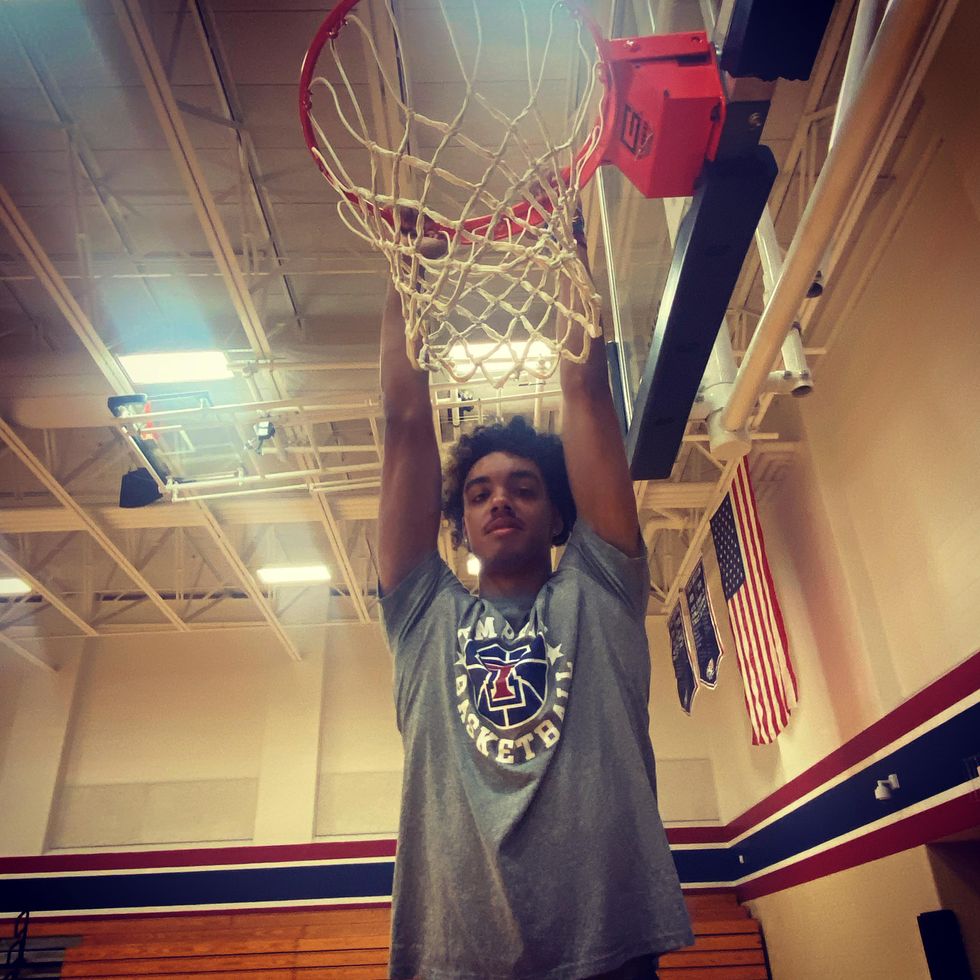 "You don't have to tell him to go to the gym and work," Brian said. "He's always in the gym. Just the other night, it's 11 o'clock, and he said, 'Hey, let's go hit the gym.' He's always had that work ethic since he was little. That's what you need."

Initially, Knight said the recruiting process was "overwhelming." A lot of phone calls, more text messages. But he has handled it in stride, more comfortable now speaking to coaches and dealing with anybody and everybody who wants him to wear their school's colors.

"Handling this whole process has been different," Knight said. "You've just got to slow it down and take it one day at a time. At first it was tough. I wasn't used to all of this. But now it's easier."

It'll get tougher. Just wait until Knight lands in Georgia for the Peach Jam, ready to showcase his talent to the hundreds and hundreds of college coaches and scouts in attendance.

"He's a 6-6 shooting guard with strength and athleticism," Brian said. "It puts him in a whole different category."