INSTANT REACTION: Argyle Dominates From the Start to Claim No. 2

ARLINGTON - In typical Argyle fashion, the offense went to work right away as CJ Rogers threw a 44-yard dime on the game's first play, and then Offensive MVP Tito Byce finished off the drive.

From there, Argyle was off and rolling as Byce scored two more first quarter touchdowns - four for the game - to finished off an undefeated regular season and capture the program's second state title.

Lindale had no answer for the Argyle offense, which finished with the four most yards in a state title game at 571. On the flip side, Lindale had nothing going for it as the Argyle defense held the potent Lindale rushing attack to just 46 yards in the half.

After Byce got his in the first half, Rogers went to work in the second half, throwing three touchdowns to keep the game well in hand.

And after the final gun and the Gatorade bath, the biggest sigh of relieve came out of coach Todd Rogers. 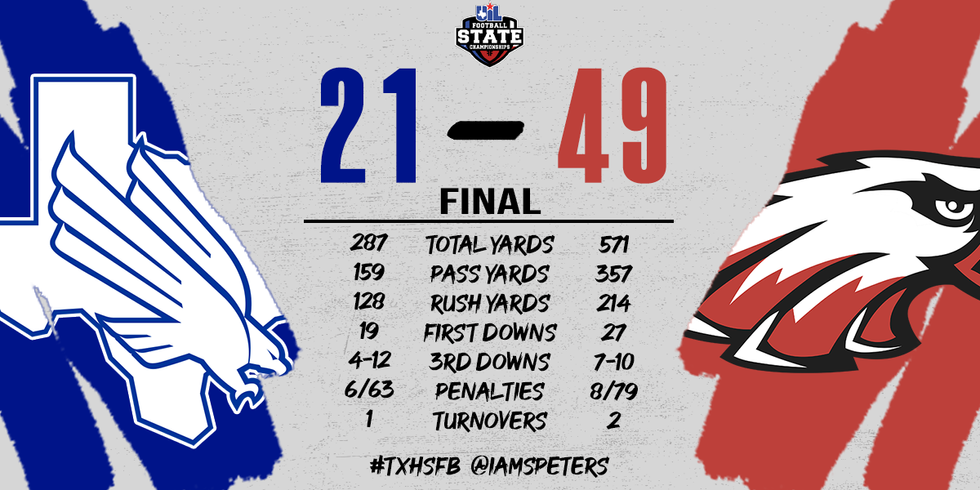