Man in custody after firing shots at deputies from his home near Humble, prompting SWAT standoff, Harris County Pct. 4 says

It is time for the 2020 Texas High School Football playoffs!

How exciting is it to scream those words from the rooftops after the challenging fall that we have all faced. But we are here. Six wins and you are a State Champion!

With that being said it is time to breakdown the brackets. We start in Class 5A where Fort Bend Marshall will try and make it to a third-straight title game. Can the Buffs win it all in 2020?

Class 5A Division II – The Favorites

Fort Bend Marshall– The Buffs enter the playoffs with a 9-0 mark on the season and have absolutely obliterated their competition. Fort Bend Marshall has outscored foes 508-20 this year. The defense has given up less than three touchdowns total all year long. That is crazy. The group is led by Joshua Ulmer (58 tackles), Tristin Drones-Mouton (43 tackles) and Laurence Tillman (36 tackles). Drones-Mouton and Tillman have also combined for 8.5 sacks, while Zachary Chapman has chipped in 3.5 sacks of his own. Adari Haulcy leads the secondary with three picks, along with Christian Jackson, who also has three for the year. Offensively, Roland Harvey has paced the offense at quarterback stepping into now-Arkansas QB Malik Hornsby's shoes very well. Harvey has gone 61 of 92 for 1,195 yards and 19 touchdowns with only one interception this year. In the backfield Rundrick Dudley is coming off a monster game where he showed off his speed. For the year, Dudley has rushed for 487 yards and 15 scores. At receiver Chris Marshall has been the story of the year. He leads the team in receiving with 535 yards and 10 scores and has picked up a good number of offers this fall on the recruiting front.

The Buffs open this week with SETX power Port Neches-Groves and then if they win that would face the winner of Montgomery-Whithouse. On the other side of the Region III bracket is Huntsville, which has been a playoff power over the years and usual matchup for the Buffs in the later rounds.

Crosby Cougars– It has been a few years since Crosby made its magical run to the State Semifinals. That actually came back in 2014. Since then, the Cougars have struggled getting past the second round, falling to Huntsville last year 54-44. The way the bracket lines up this season if Crosby is able to get to the third round for the first time in six seasons, Huntsville could be waiting for them and along with it a chance to avenge last year's loss. Crosby has the talent to make a run this year. The Cougars went 7-3 on the year and 6-1 in district play, ending the season in a tight loss to Nederland. Crosby is led by quarterback Reggie Branch, who went 103 of 165 for 1,390 yards, 15 touchdowns and one interception in the regular season. Branch also rushed for 854 yard and eight scores. Deniquez Dunn is his backfield mate who rushed for 560 yards and 13 scores, while Branch's top target was Jaylen Herman, who had 943 yards receiving and eight scores. Defensively, Trevon King led the group with 81 tackles (14 tackles for loss), followed by McCoy Casey's 68-tackle, 18-tackle-for-loss performance. Up front Wade Lewis is a wrecking ball, recording seven sacks and 14 QB hurries this year, followed by Sir Hill's four sacks, 58 tackles and 14 tackles for loss. In the secondary Jonathan Fuselier led the group with three interceptions and seven pass deflections. This team has the pieces to make a deep run.

On Crosby's side of the bracket, a fun collision could happen in the third round against Huntsville. If Crosby makes a deep run, a state quarterfinal showdown with Fort Bend Marshall could be in store. 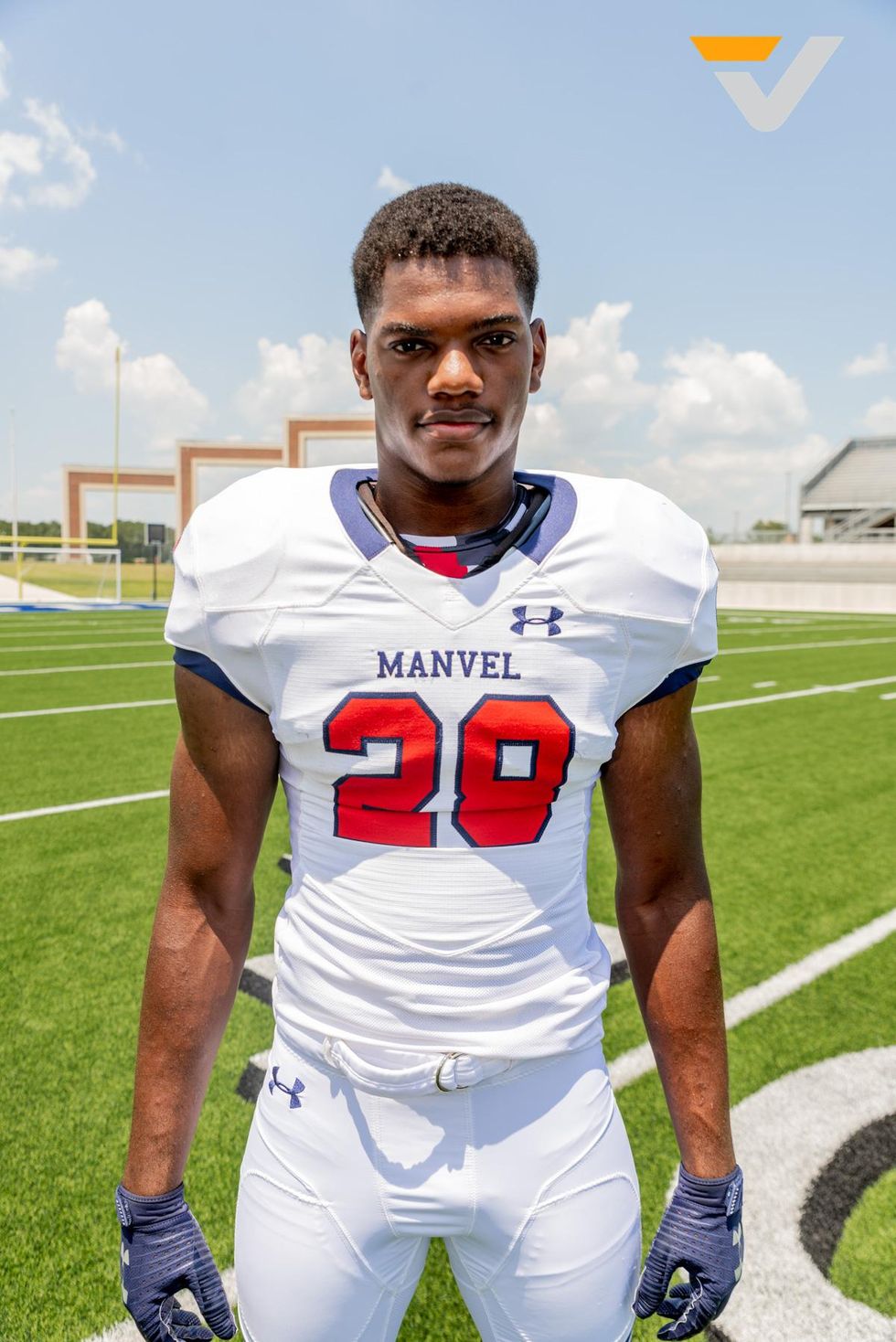 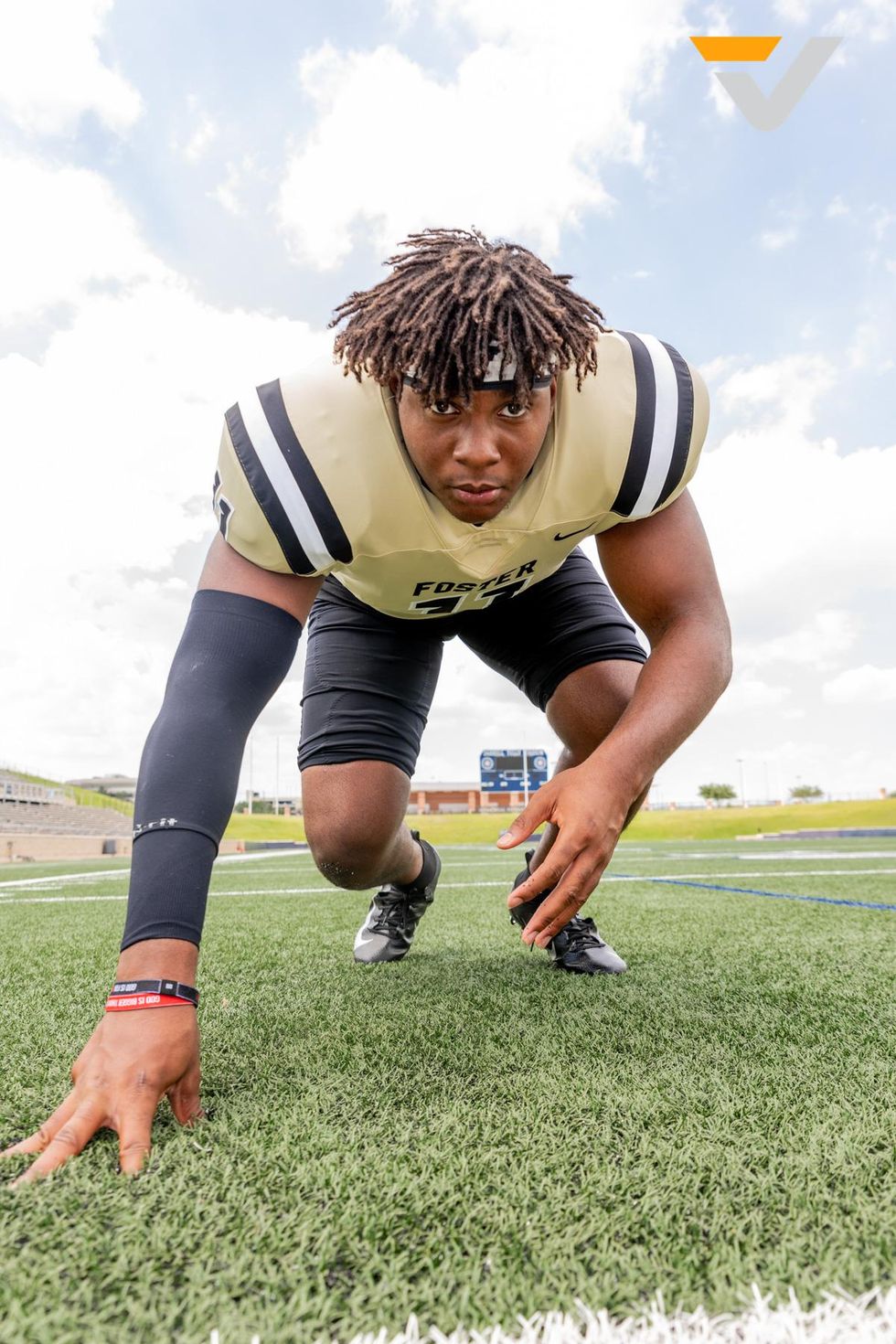 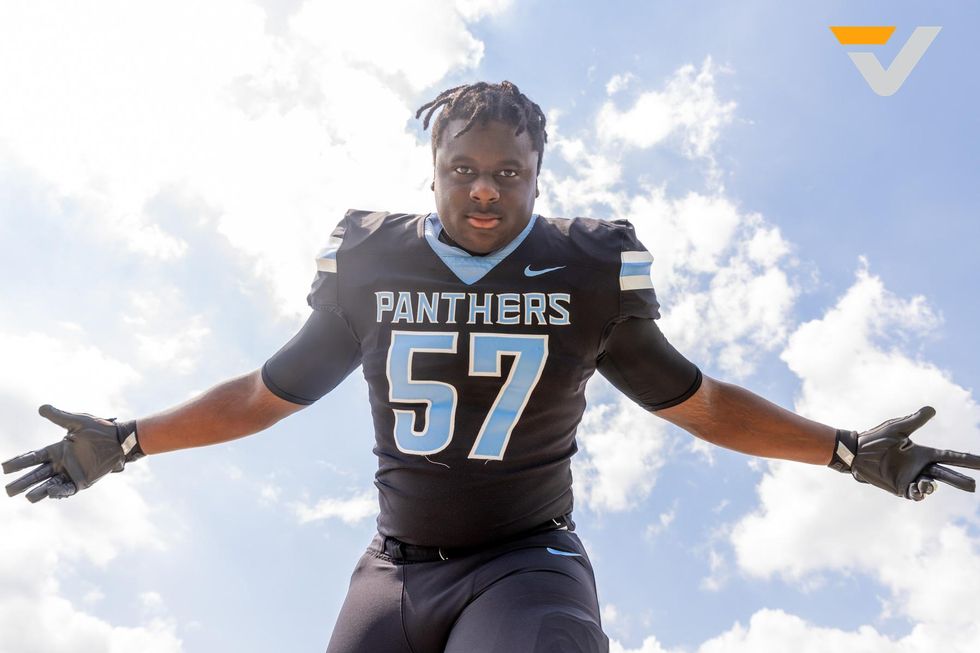 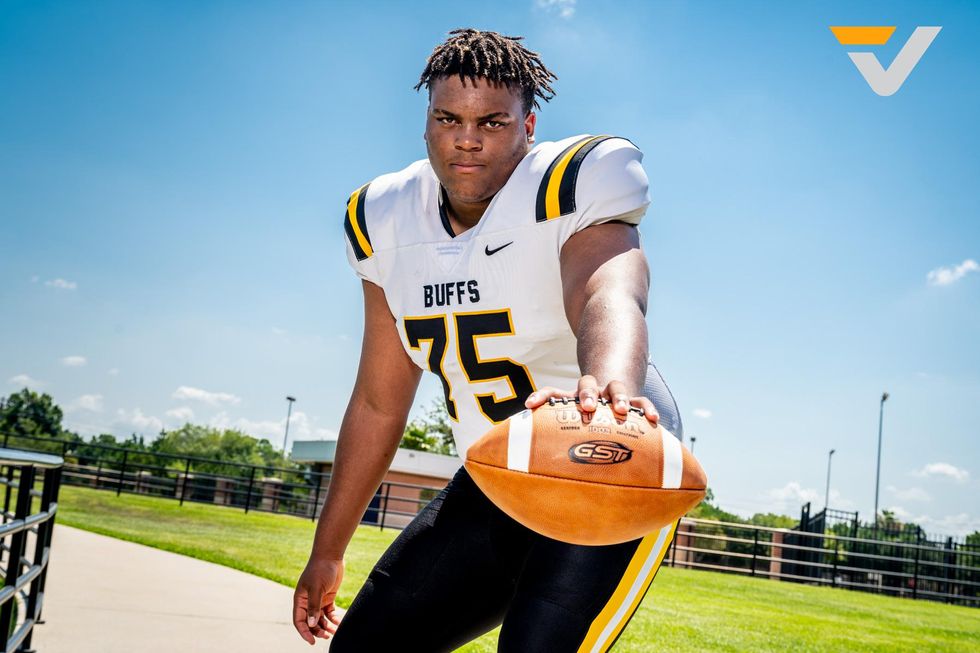 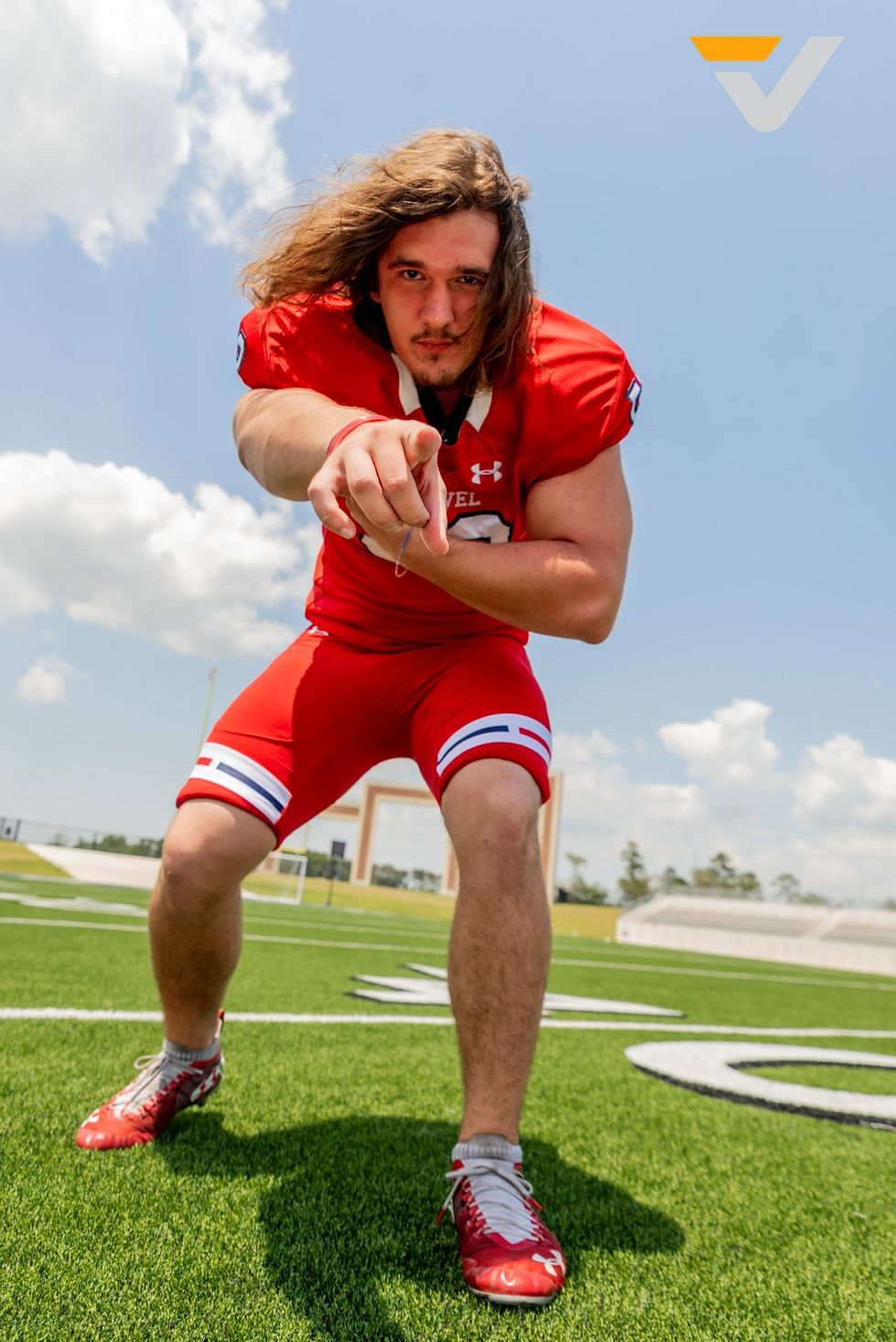 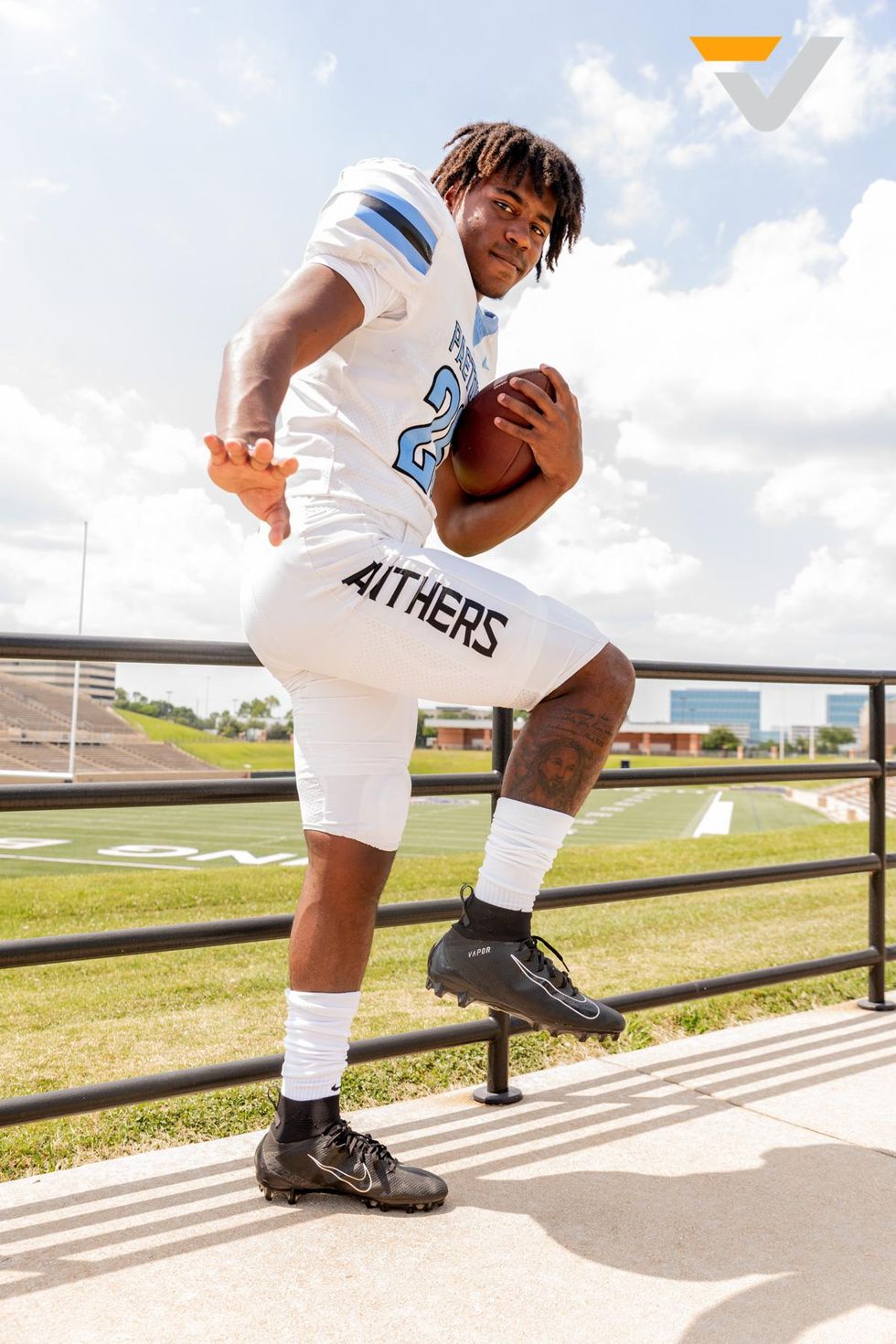 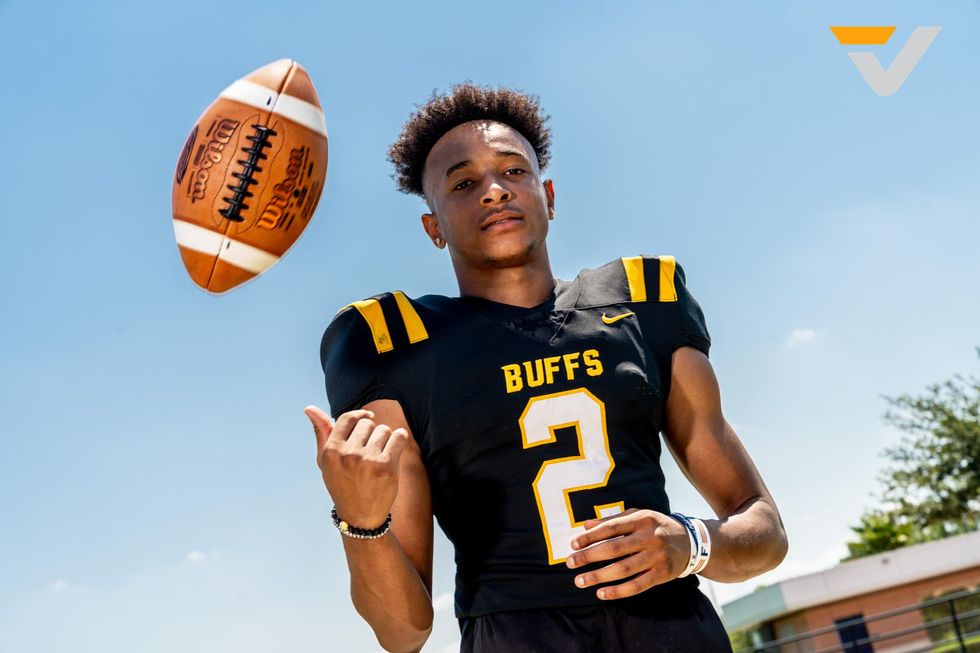 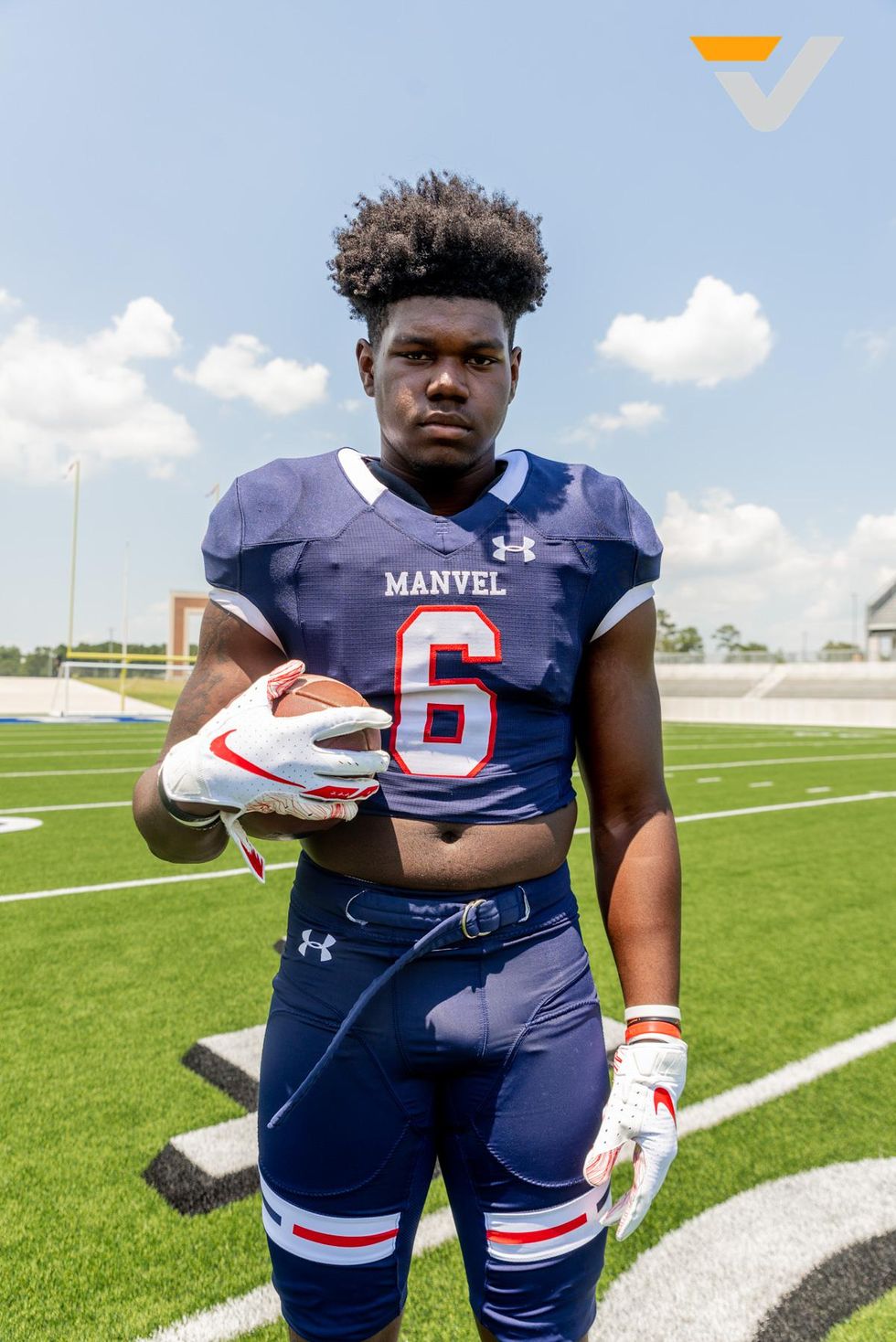 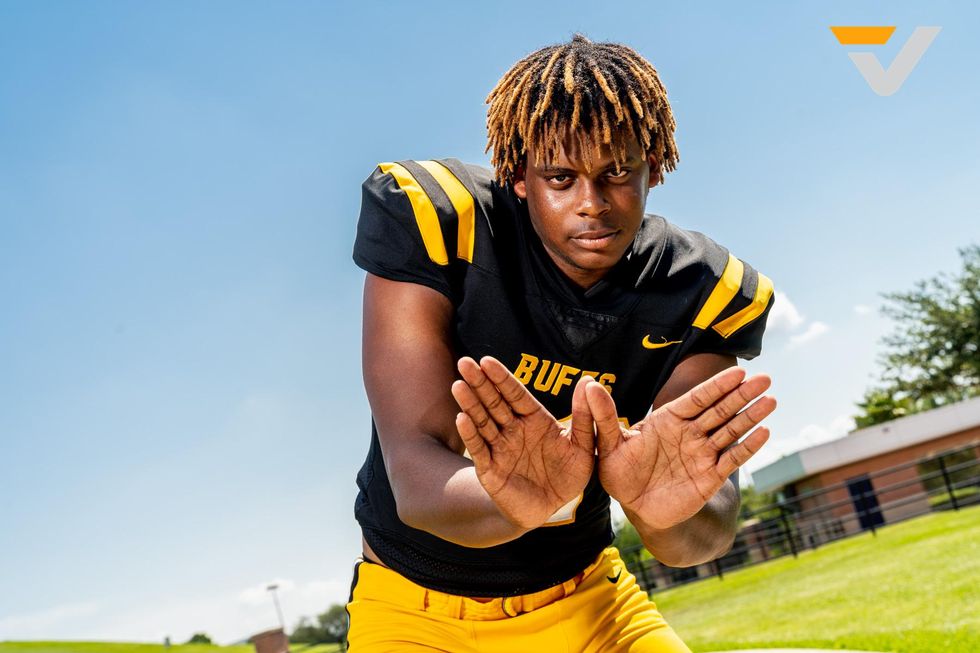 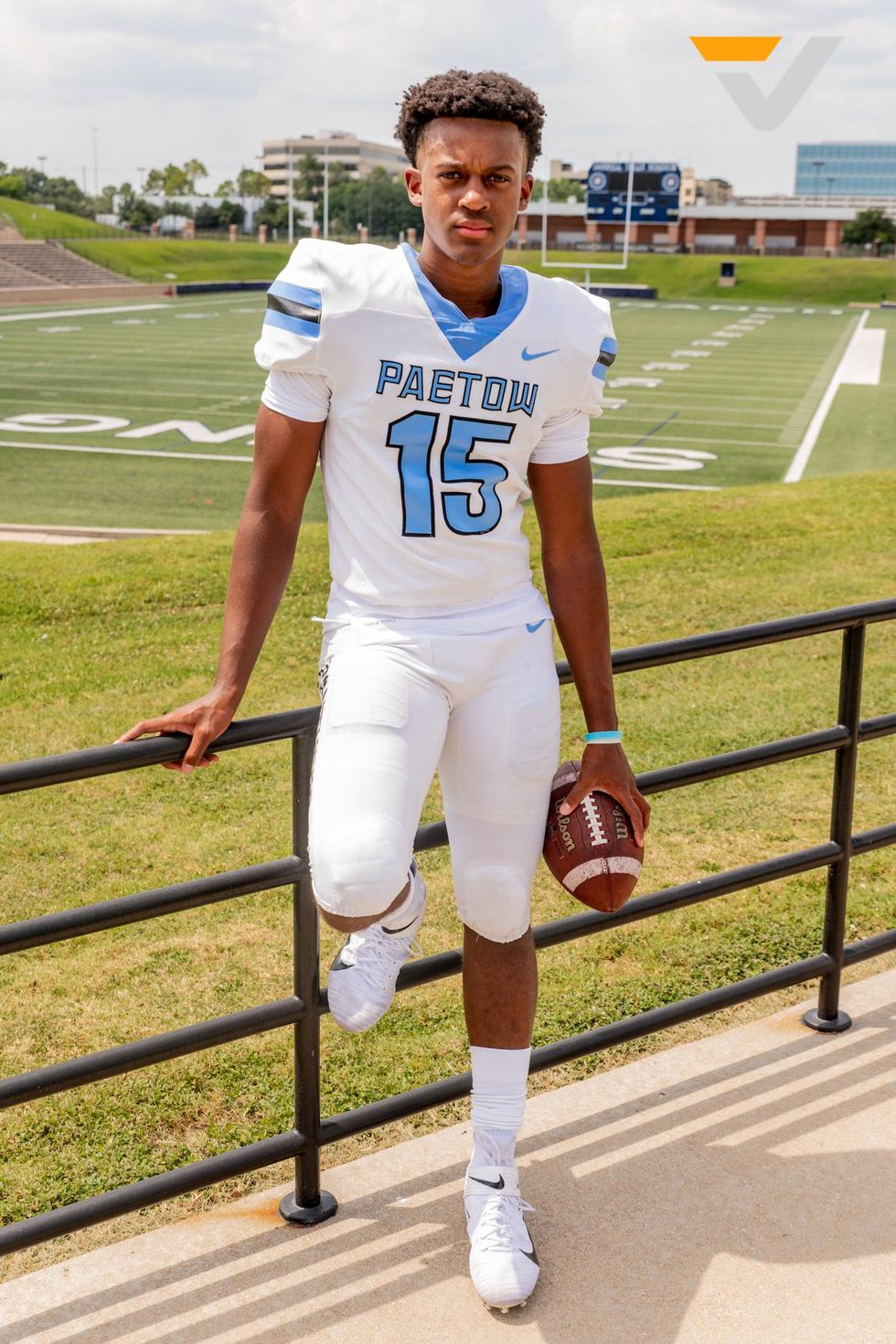 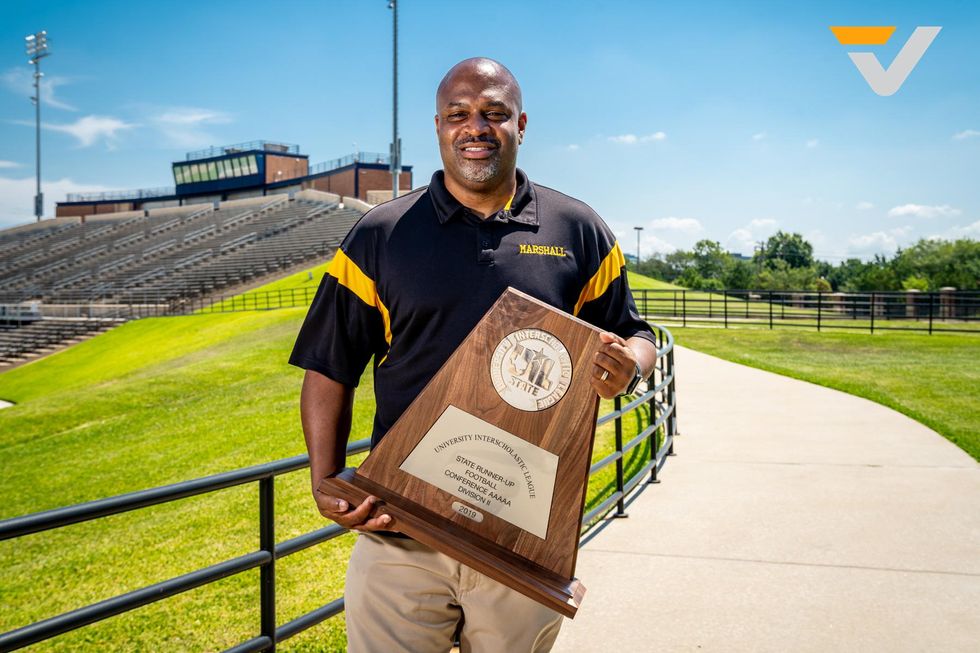 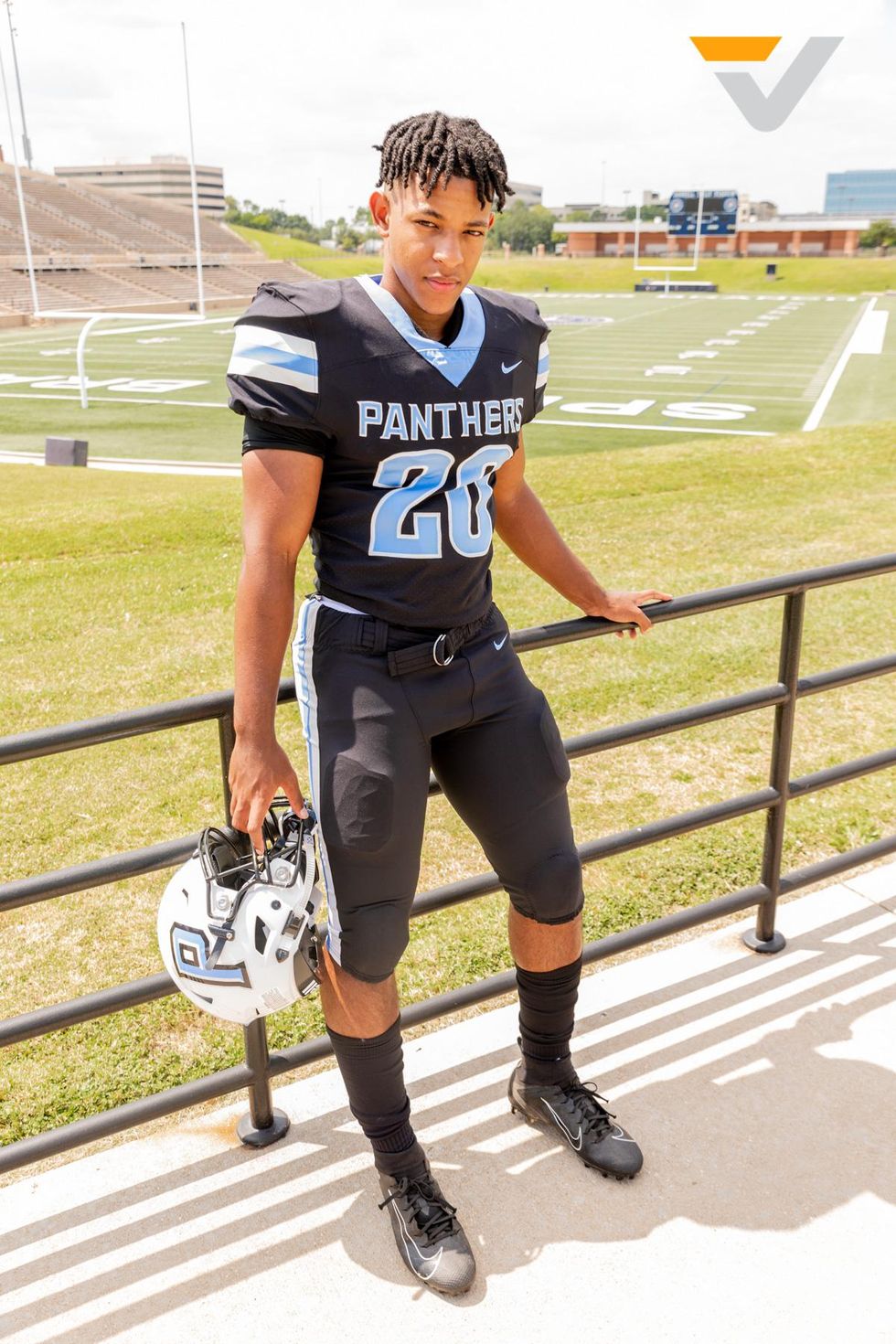 Class 5A Division I – The Favorites

Manvel Mavericks– Manvel reached the state quarterfinals a year ago before losing to Fort Bend Marshall. The good thing for the Mavericks is Marshall is in the Division II bracket this year. Manvel is looking to reach its second state title game in the last four seasons. They last played for it all in 2017 in that instant classic against Highland Park. In 2020, Manvel is 6-1 on the year and went 3-0 in district play. The lone loss for Manvel came against North Shore in a non-district showdown. The Mavericks offense has been led by quarterback Gabriel Larry, who has passed for 1,297 yards and 12 scores. Larry has also rushed for 296 yards and a pair of scores as well. The main threat out of the backfield has been the combination of Ty Harris and De'monte Seymore. The junior tandem has rushed for 827 and 596 yards, respectively. Harris is averaging 118.1 yards per game and 9.5 yards per carry this year. At receiver Jalen Walthall has led that group with 550 yards and seven scores. Let's talk about the defense. Tyree Scranton has led that group with 75 tackles, averaging just over 10 per game. Behind him was Malachi Mclean with 46 tackles. Up front Xavier Potts, Jp Deeter and Justin Medlock have all register two or more sacks. As a defensive unit they have racked up 14.5 sacks this year. In the secondary, Collin Wright leads that crew with three picks, while Mclean has two. What is scary about this team is it is led by a solid, I mean solid junior class. I can seem them making the third round and facing off with SETX power Port Arthur Memorial. That would be a fun regional showdown.

Foster Falcons– Foster is the been there, done that team. Foster has been successful over recent history in the playoffs. The Falcons have made it to at least the third round of the playoffs for five-straight years. This program knows how to win in the playoffs. The last time they went past the third round was in 2017. They have the offense to make a run. Philip Amy has slid in nicely at QB, passing for more than 2,000 yards and 20 touchdowns with his top target being Oklahoma-commit Cody Jackson (814 yards; 10 touchdowns). Also watch for Xavier Smallwood out of the backfield and Ethan Newton at receiver. The defense has some teeth to it as well. Foster has gone 7-2 this season and outscored opponents 296-190. Key wins have included 35-34 over Hightower, 28-10 over Katy Paetow and 7-3 over Fort Bend Travis. The two losses for Foster came to Manvel and Klein Cain. Foster will be challenged in the second round against Cedar Park, which enters the playoffs 9-0 on the year. If they can get past that a date with Manvel could come in the state quarterfinals.

Katy Paetow: The Panthers have had a great season. They are in the playoffs for a second-straight year and have a nice offense led by Damon Bankston in the backfield with more than 1,300 yards. Defensively, Alexander Kilgore has led the defensive unit with 78 tackles and six sacks. They will be faced with a tough Lee team in the opening round, which is in the playoffs for the first time since 2009. If the Panthers get past them most likely Canyon awaits. We will see what these Panthers can do.