The 2020 Fall season has been a fast and furious one as sports have picked up steam.

Aldine ISD had a slightly later start than other school districts around the city but Aldine, Davis, Eisenhower, Macarthur and Nimitz have hit the ground running on the football field, volleyball court, cross country courses and tennis courts. Aldine ISD fans will have to pick up this magazine.

This 40-page magazine features ever football and volleyball team, cross country teams, a feature on the MacArthur team tennis program and stories about all the cover athletes. There are also a ton of amazing photos. Enjoy! 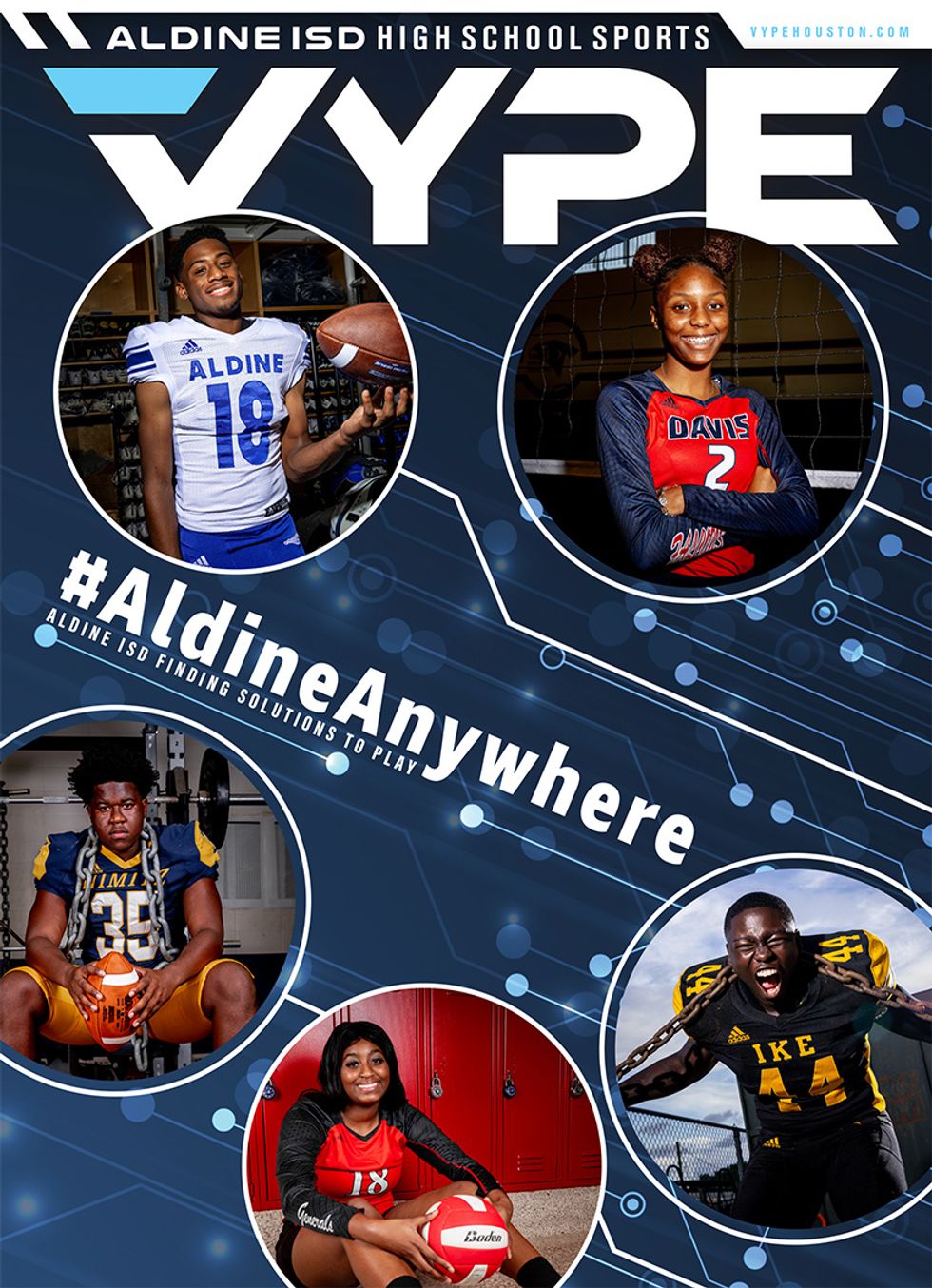 For this magazine, VYPE held its annual VYPE Fall Media Days at all five campuses! Check out the Behind the Scenes!