‘One-of-a-kind from start to finish’: Take a tour through this wild Texas party house on the market

HOUSTON - It has been 4,381 days since Katy was on the wrong side of the result in a district game.

Jalen Milroe and Joshua McMillan and a stingy Katy Tompkins defensive unit had other plans.

The Tompkins defense bent but didn't break, the offense moved when it needed to and what many thought would be impossible became a reality - Tompkins winning 24-19 and handing Katy its first district loss since November 8, 2008.

Here are my 5 Big Takeaways from the game.

Jalen Milroe ... He deserves another Star

TOUCHDOWN @othsfalconfb: Alabama-commit @JalenMilroe throws a laser to Joshua McMillan for his second score of the game. This one from 18 yards out. #txhsfb

This was a statement game for Jalen Milroe. In his senior season, one last chance to beat Katy. Last year, Milroe and company got close, they lost 35-30. This year, Milroe wasn't losing. The senior, who is verbally committed to Alabama went 15 of 21 for 211 yards and three touchdowns. He had zero interceptions and looked spectacular operating the offense.

"I felt comfortable and what factored into that was the preparation that we had during the week. It came out today."

Milroe has a super strong arm and he can zip the ball into tight spots. Milroe showed all of us tonight, in what could be compared to a third-round playoff game, he has the Moxy to lead this group.

I mean a perfect example is Tompkins coach Todd McVey not kicking a field goal when facing a 4th and 17 at the Katy 30. Instead he put it in Milroe's hands. They scored a touchdown on that play.

"That's our quarterback and we trust him. He did a great job making that play happen and the offense got it going."

WOW!!!! Touchdown @othsfalconfb!! On 4th and 17 from the 30 Alabama-commit @JalenMilroe hits @Duece1324 for his third receiving TD of the game. What a gutsy call! #txhsfb

What a night for Joshua McMillan. He ended up being Jalen Milroe's No. 1 target as he reeled in eight catches for 146 yards and three scores. McMillan isn't the biggest receiver, reminding me a little of Wes Welker-style of play, but he can go. In a Katy secondary that includes Bobby Taylor and Hunter Washington, both high Division I safeties, McMillan continuously made big play after big play. He is a coverage problem and him and Milroe have it clicking.

"Honestly it's not just me, it's the whole receiving unit. It's the game plan that coach put on," McMillan said.

It hadn't happened in a long time. Katy Tompkins was the one to finally do it - beat Katy.

"I'm just happy for our kids as hard as they work. That's a great program, all the respect in the world for Coach [Gary] Joseph and his team. I'm so excited for our kids. They left it on the field ... they did a great job and got the win."

By the numbers in three days it would have marked 12 years since Katy had lost a district contest. That is an amazing streak by Katy. Prior to Thursday's loss, Katy had won 75-straight district games with the last loss coming to Cinco Ranch on November 8, 2008 in overtime.

Despite getting what is going to be seen as a huge win, Katy Tompkins players are still staying focused on the ultimate prize.

"It's big but you can't win the state championship in one game," Joshua McMillan said.

Todd McVey prides himself on the fact that his team has a solid defensive unit. It came up big on a few different occasions.

In the first half, Colby Huerter reeled in an interception as did Dru Polidore in the first half. That put Tompkins plus-two in the turnover column in the first half alone. Then in the end it was the big boys up front doing the damage, stopping Katy on a fourth down to give the ball back to the offense and win the game.

The defense gave up 384 yards of total offense to Katy but forced the TIgers to settle for field goals on two occasions. The line also recorded three sacks on the night.

Huerter led the defense with 10 tackles, eight of those solo, one interception and even a forced fumble.

"I'm so proud off the guys and the coaching staff. The work they did, the effort they gave at the end and just trusting the process," McVey said. "They didn't panic and played within themselves. That's what we preach to them."

TOUCHDOWN @Katyfootball: RB @Jalen28davis hits the right side and is GONE!! 86 yards to the house nobody going to catch him. #txhsfb

Jalen Davis literally carried the Katy Tigers' offense on Thursday night. Of Katy's eventual 384 yards of offense, Davis chipped in 228 of those by himself. He had 19 carries for the 228 and a score. The touchdown was an 86-yard burst, which at the time gave Katy a 10-7 lead. Davis is a fun back to watch as he is not afraid to lower the boom on an opposing defender. Jalen and is brother Seth are the workhorses for this team right now. Seth had 92 yards on the ground. The Katy passing attack is non-existent right now. It couldn't get going against Tompkins on Thursday night. The Davis brothers are not a bad one-two punch coming out of the backfield. But if that's all Katy has, that's a load for that duo to shoulder. 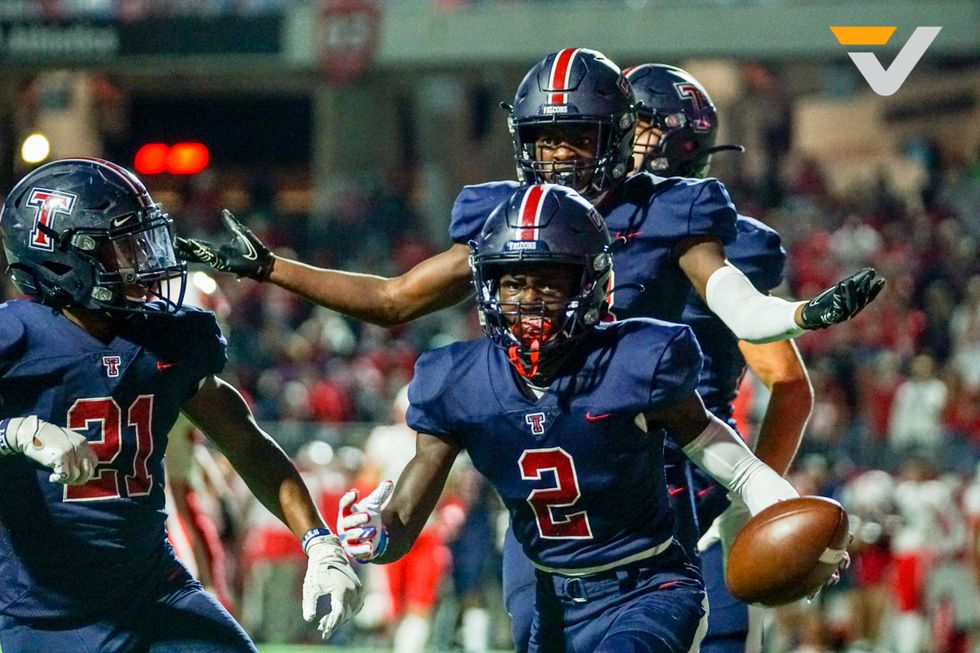 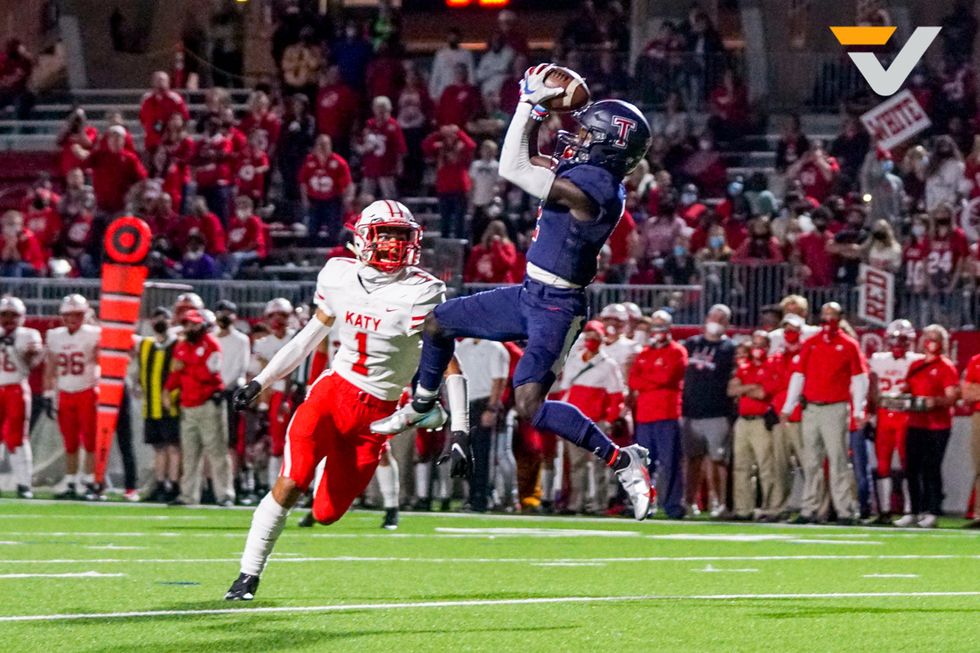 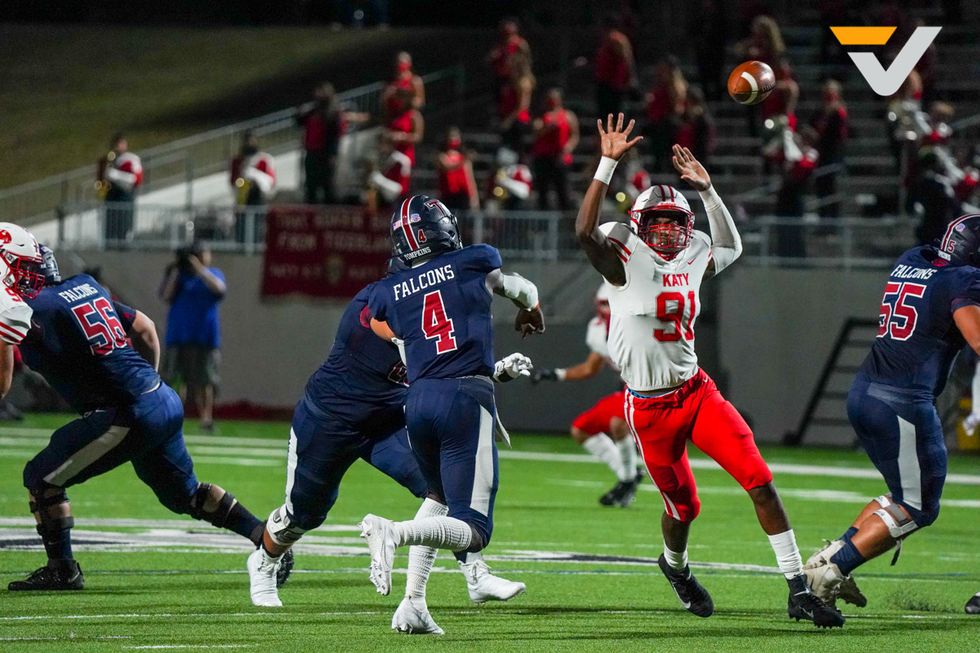 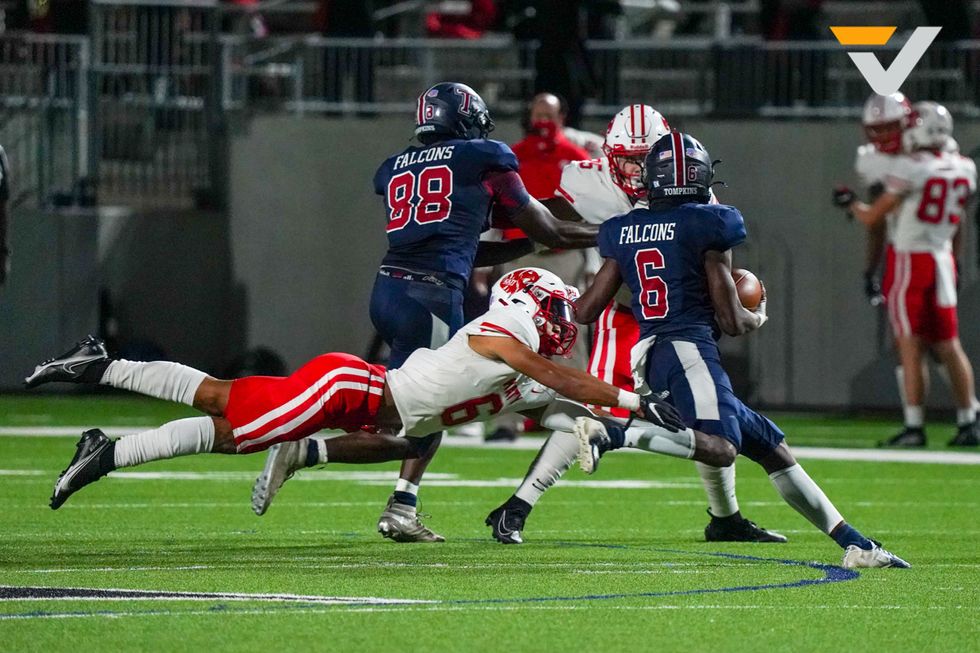 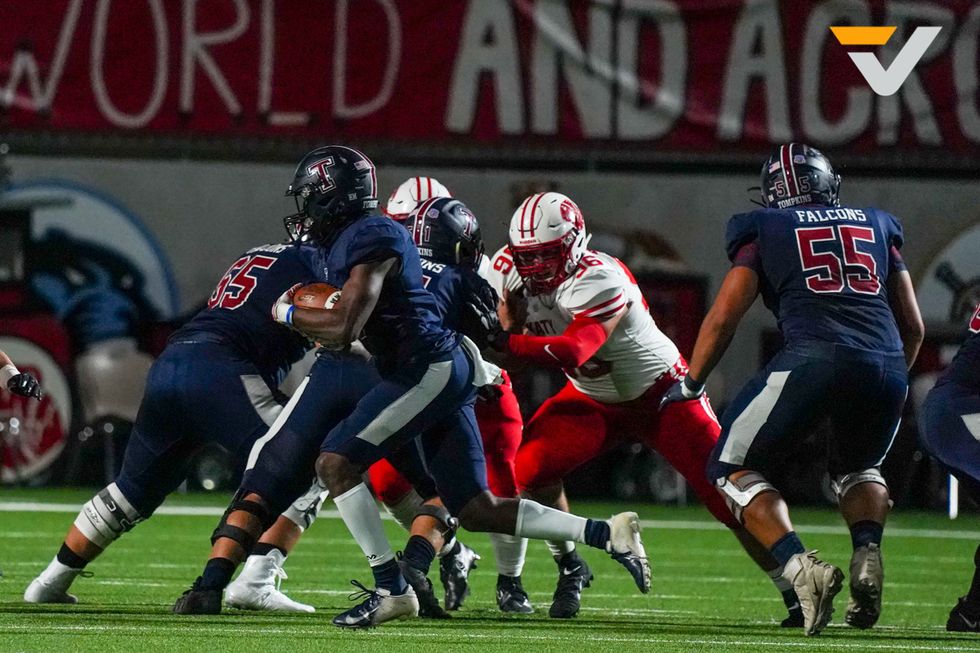 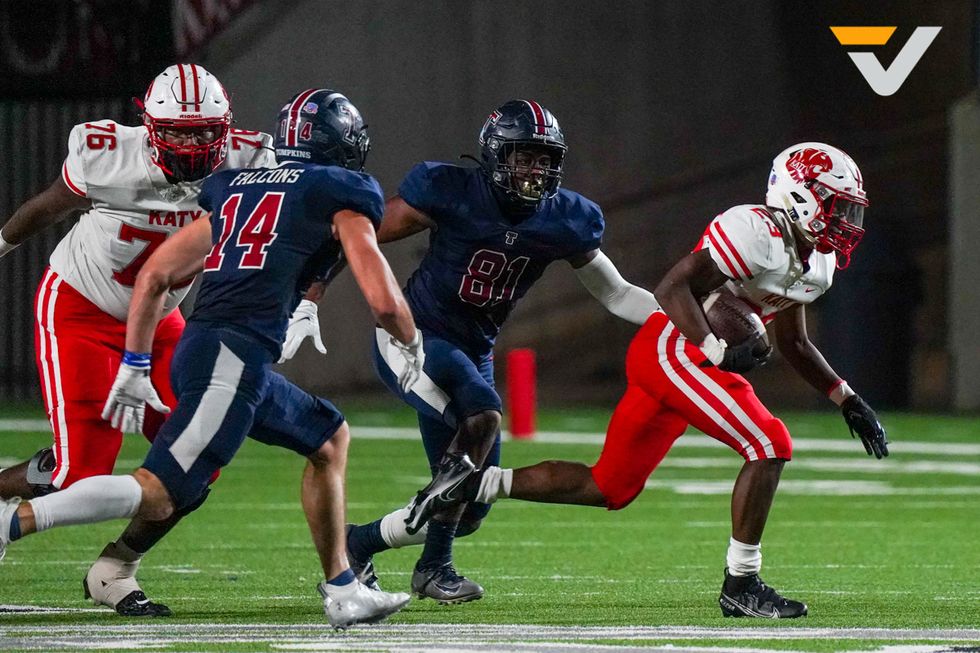 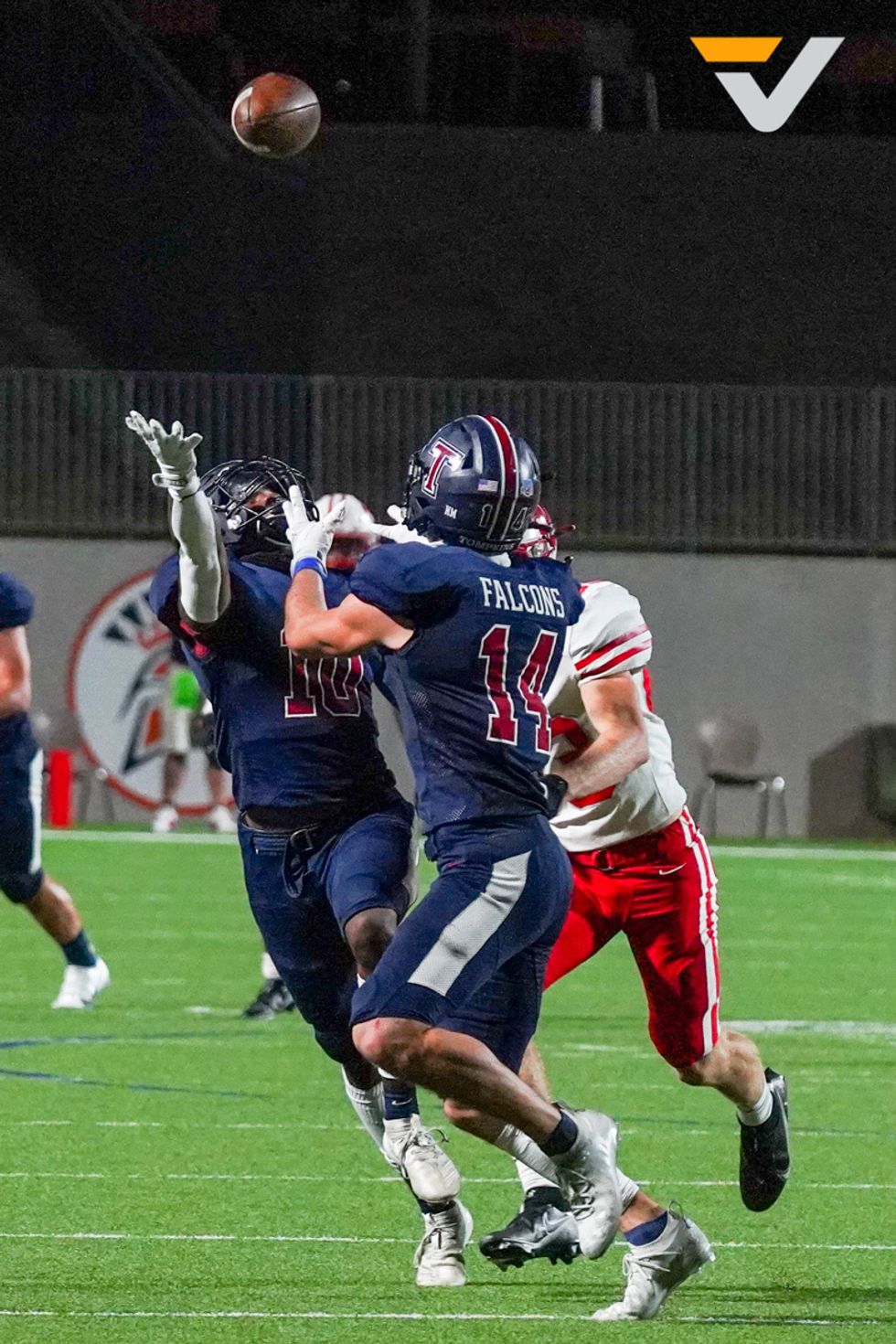 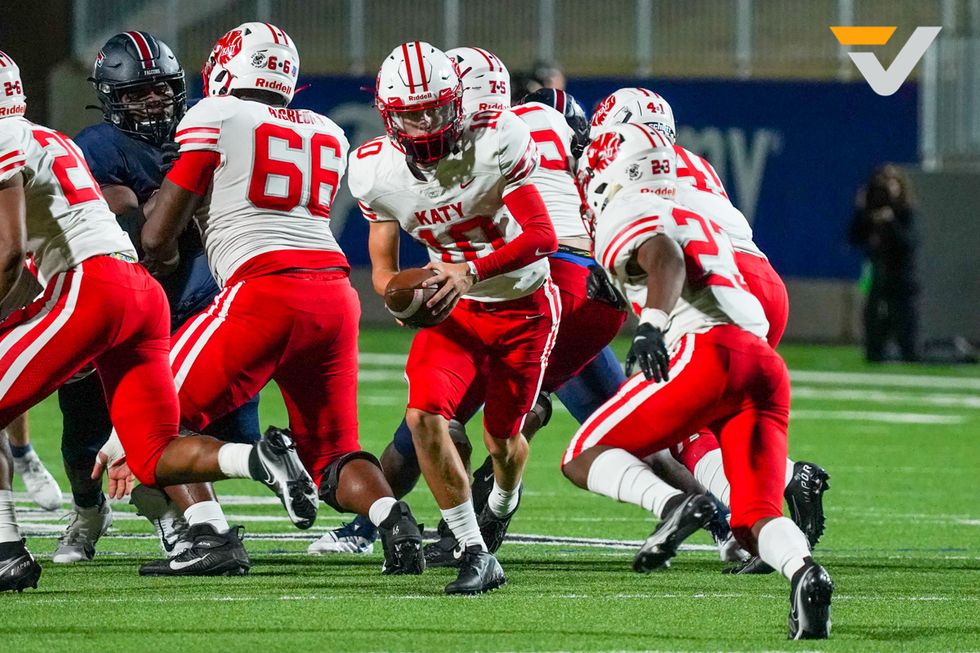 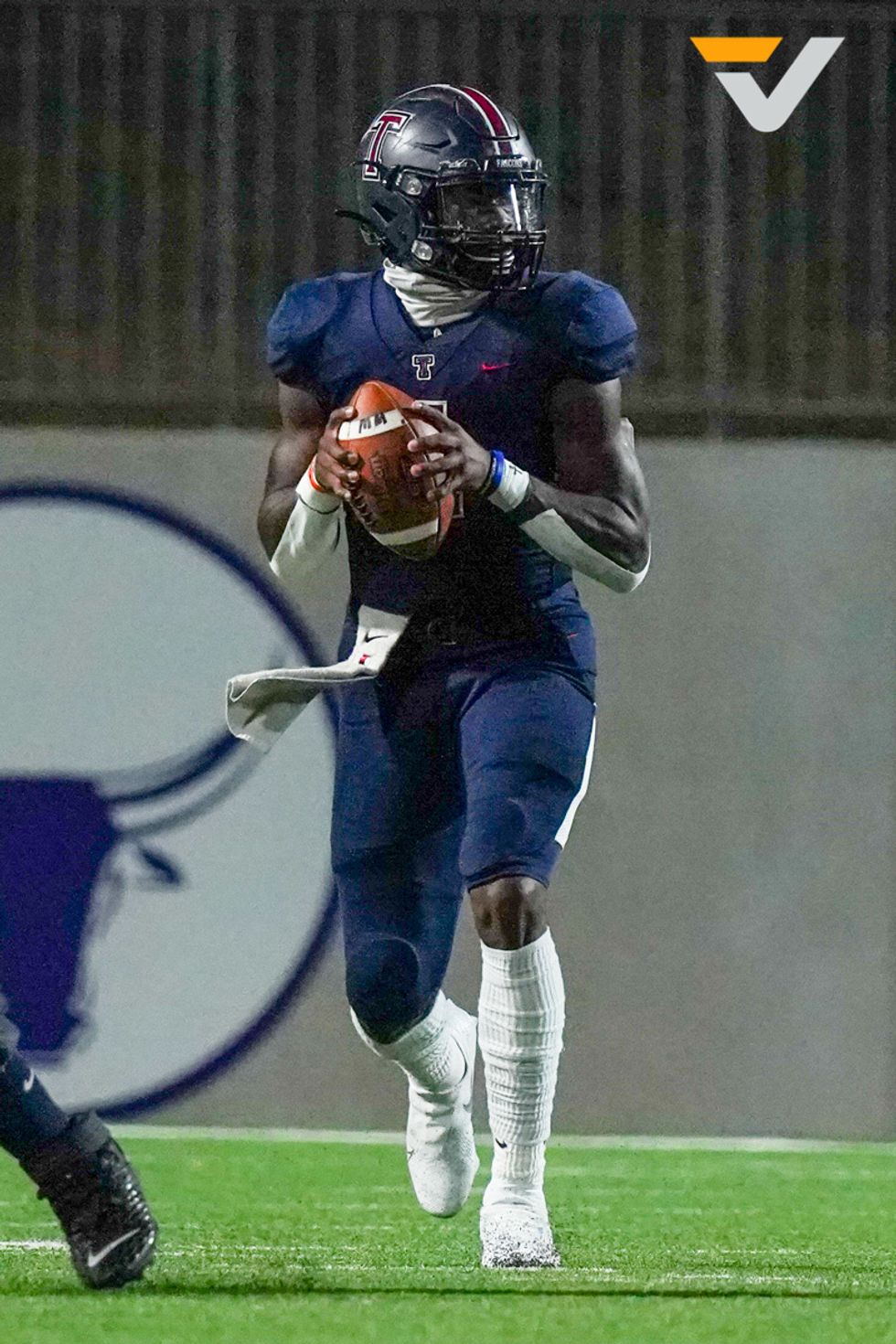 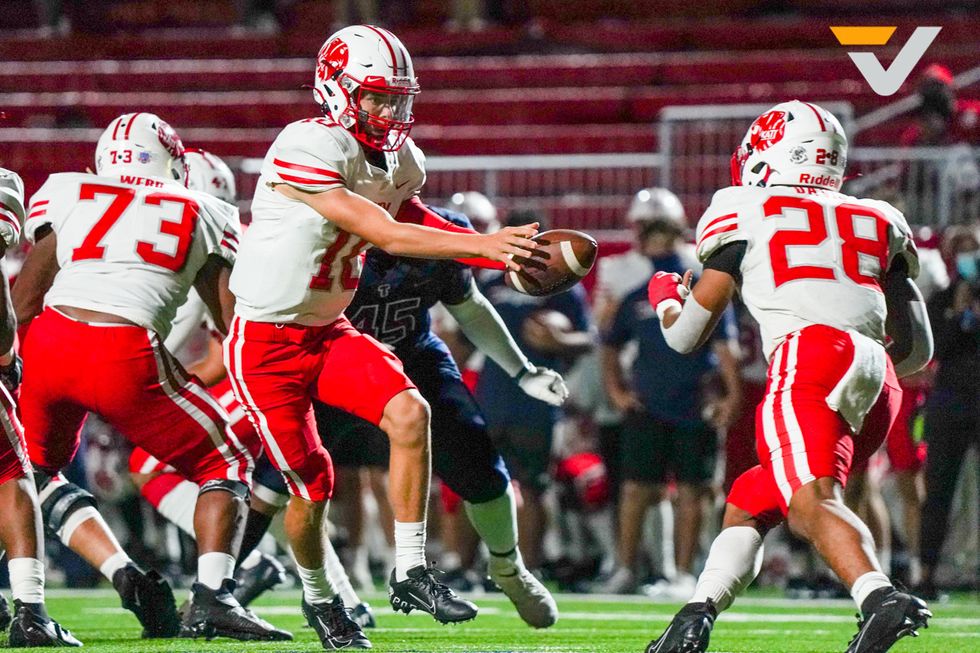 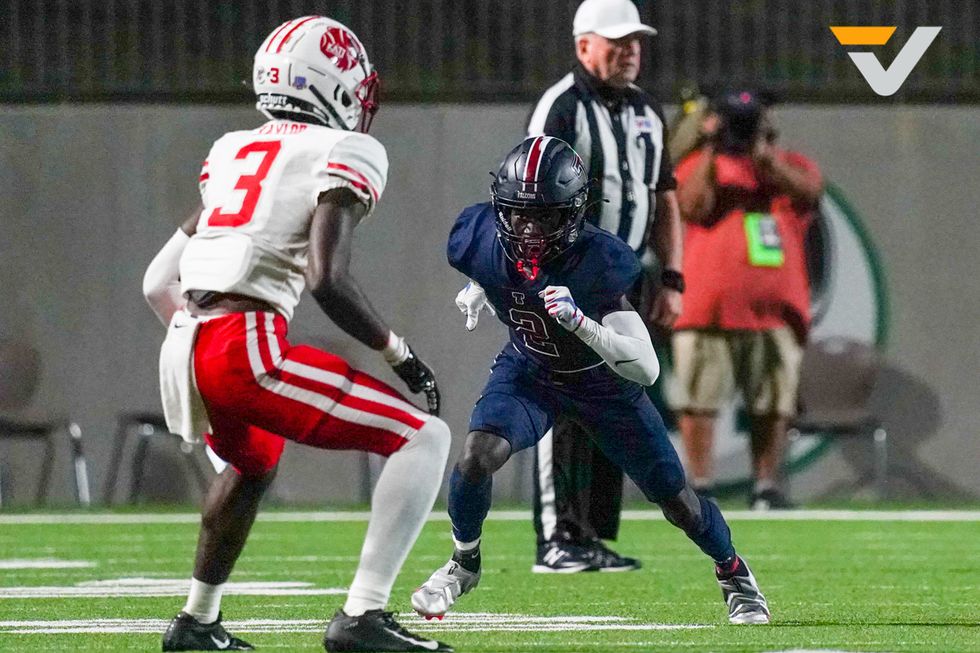 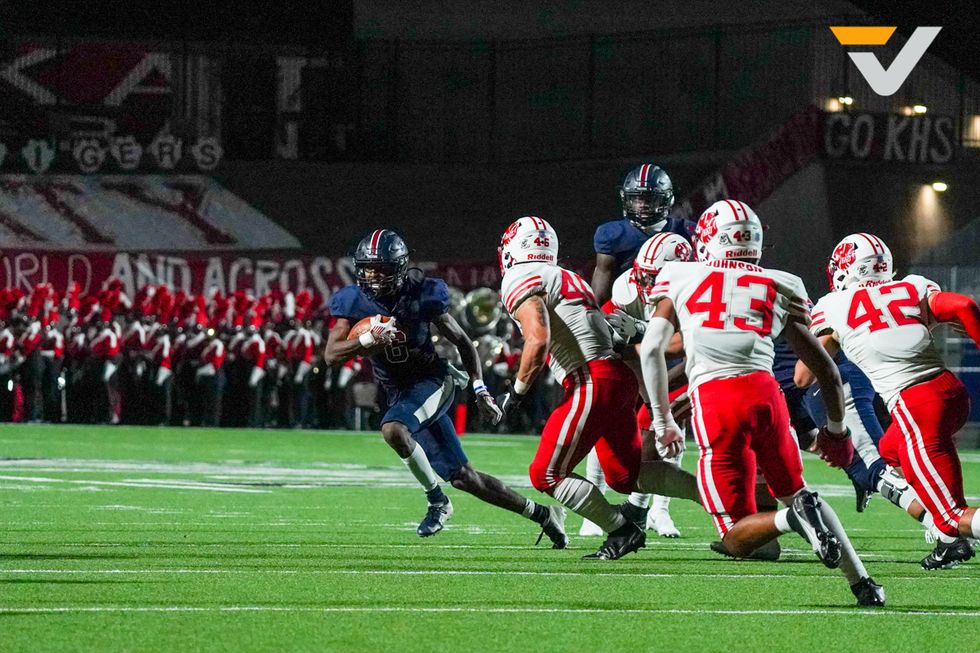 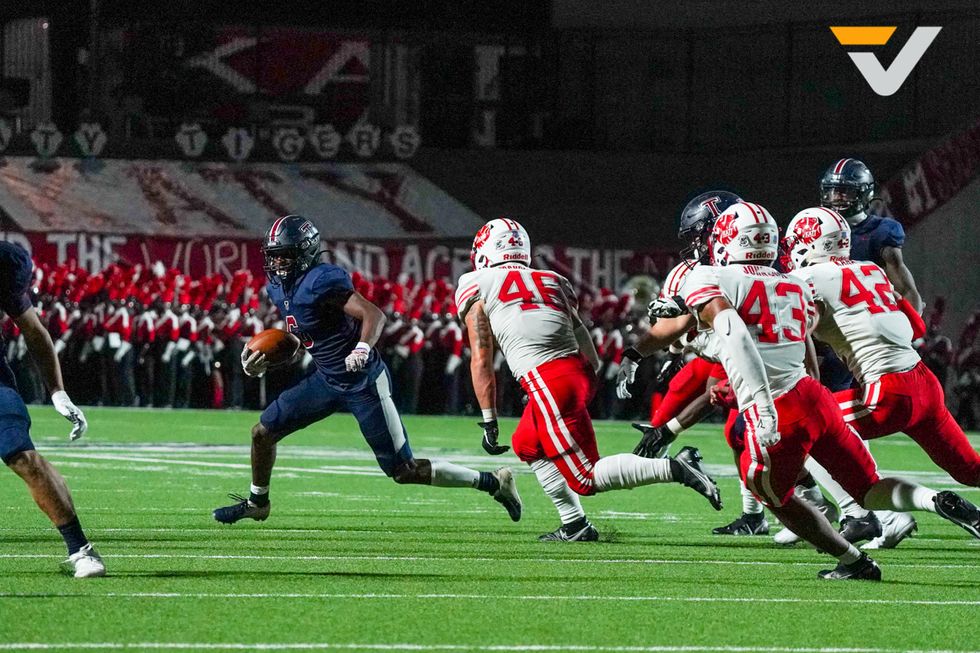 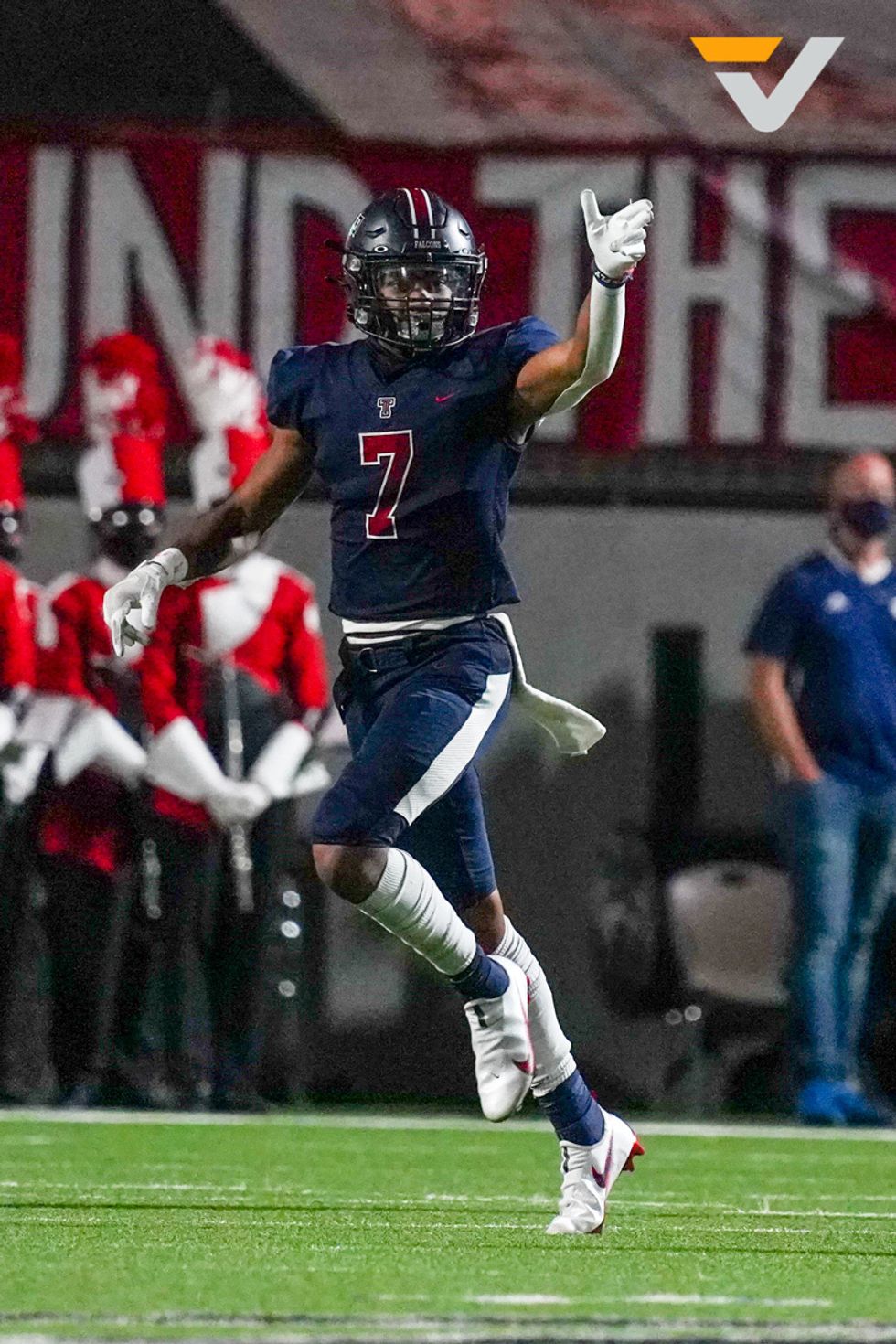 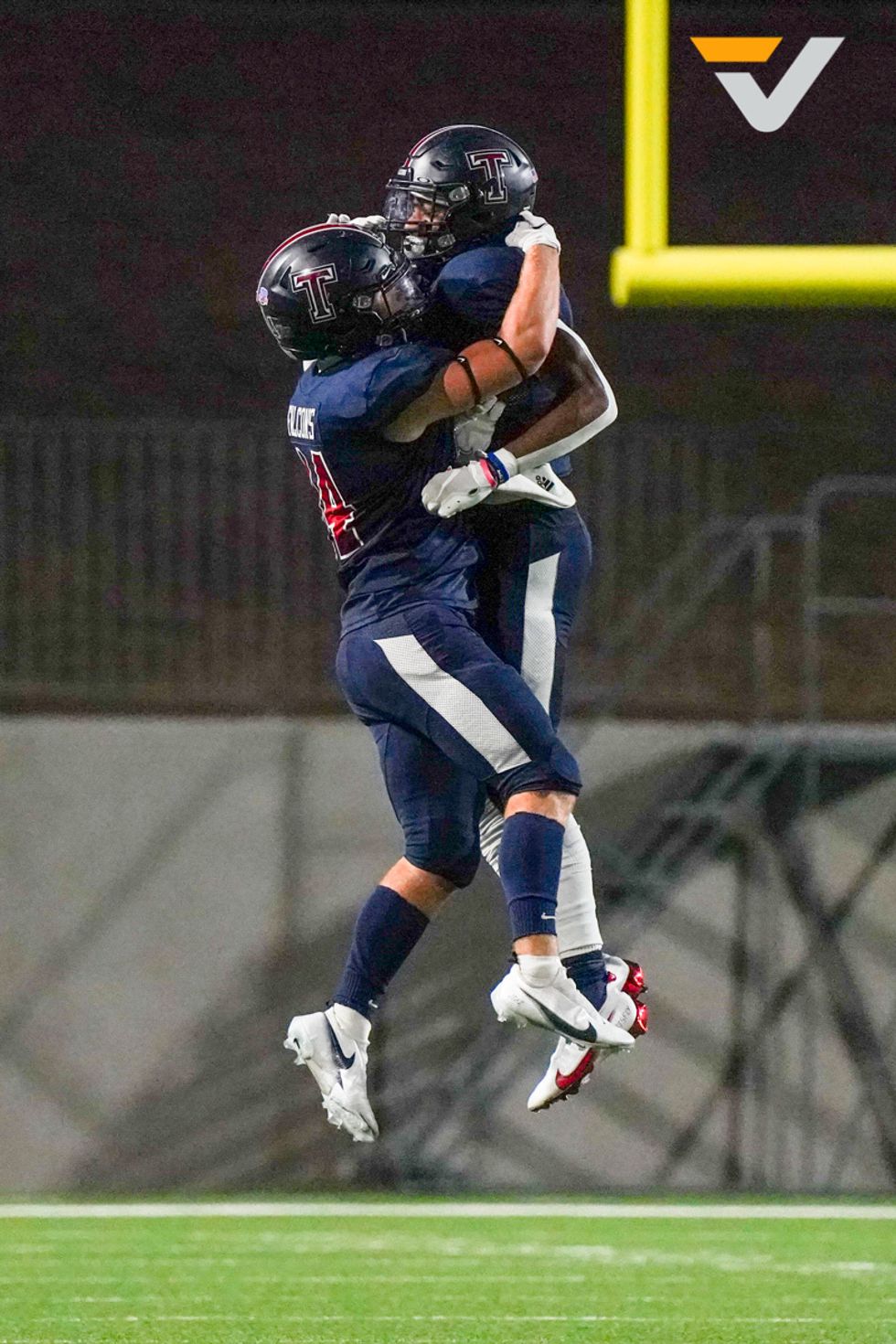