14-year-old boy dies after being shot and hit by vehicle in northwest Houston, police say

In this fast-paced world that we live in, and the industry that I work it, it is exceedingly rare that I get the opportunity to slow down and spend an entire day at one school.

Do not get me wrong, I have had days where we have been on campus for hours for a VYPE Media Day but that is different. On Friday, I got the chance to be at the Second Baptist School from the morning carpool line drop-off until the stadium lights were shutoff after a 49-0 Homecoming victory.

In the span of the ultimately 15 hours I got to see a lot and, in the end, learn a lot.

In the morning I saw student-athletes and members of the cheer squad and Golden Girls welcoming the young students to campus. Little ones being welcomed, helped out of the car, backpacks on and off to start the day.

Then the day picked up steam.

I saw the maintenance crew getting the field prepped, including painting the Second Baptist School Eagle logo into the middle, for the big game. The locker room was decked out with jersey's hung in every one with pants placed at the base and their helmet and shoulder pads stored above.

Then it was time to sit down with Second Baptist School head football coach Terry Pirtle.

As it would be on gameday, we walked in to see Pirtle sitting at his computer with the film rolling on the screen. Getting that final prep in.

The week prior, Pirtle had recorded his 100th career football coaching victory.

"You try not to think about it," Pirtle said. "If you stay with it long enough, eventually you may get to that milestone, hopefully sooner than later. But I was happy to accomplish that with this group of kids. I know this is a great school and a great environment and we have a good tradition of football here. Our program is going in the right direction and I think our kids are an example of who we want to be, how we want to play and how we want to compete.

"It was a great win and a lot of reflection happened after the game." 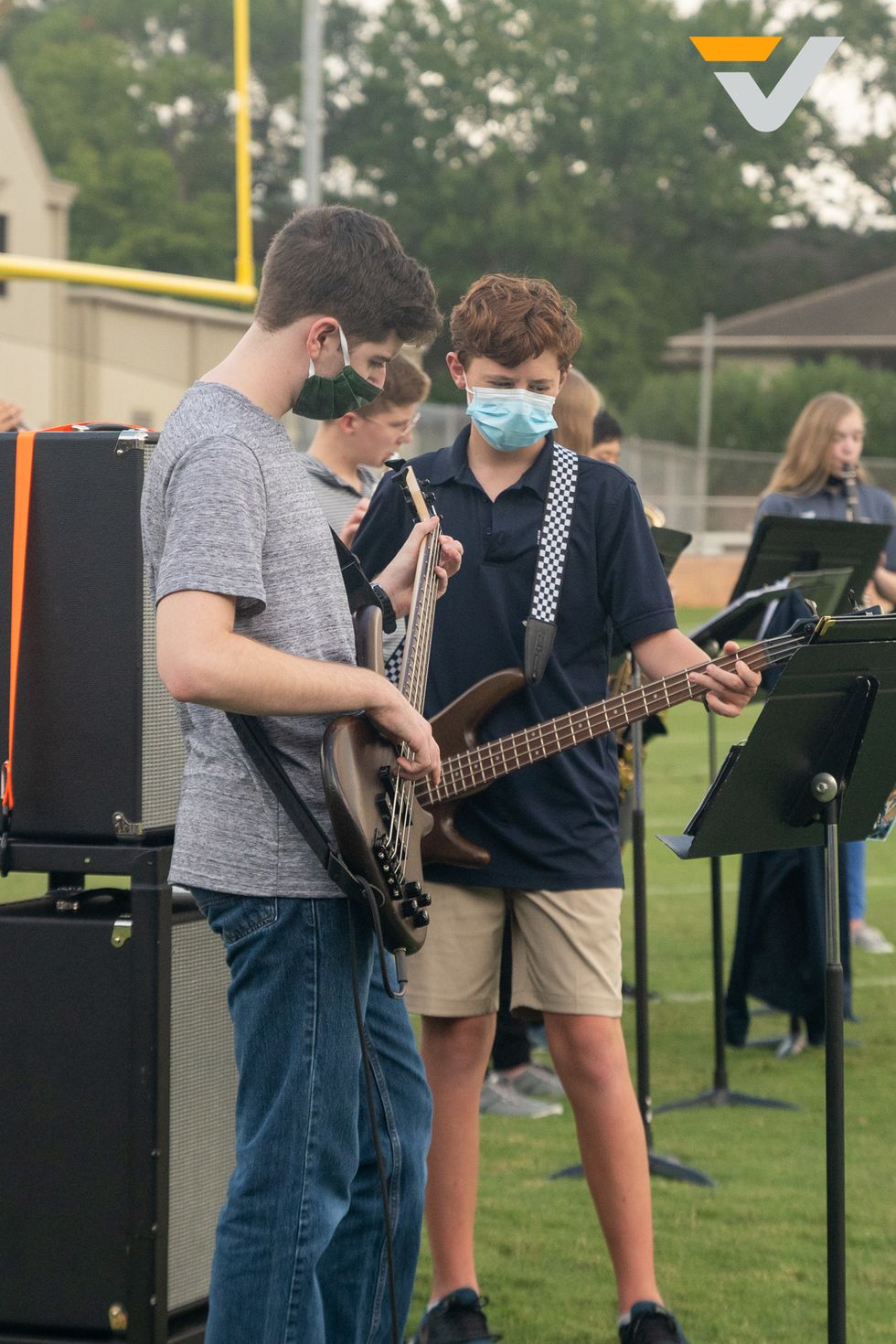 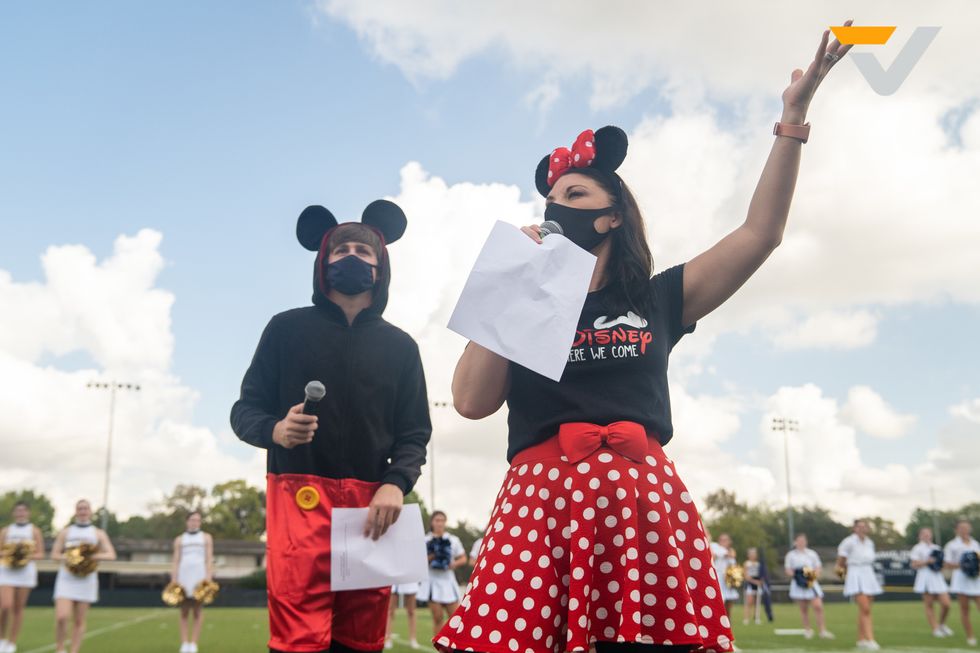 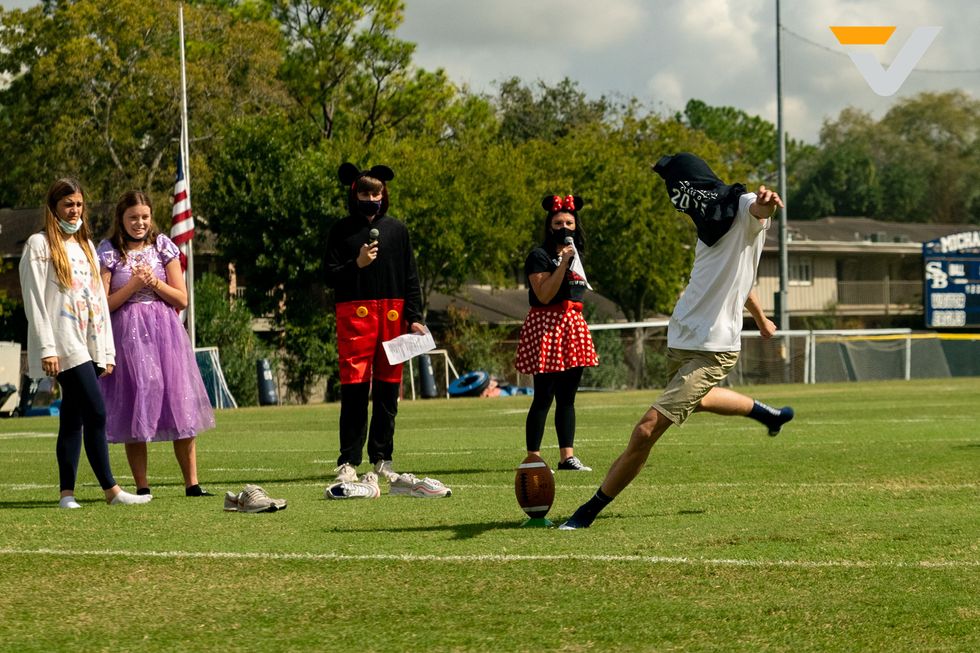 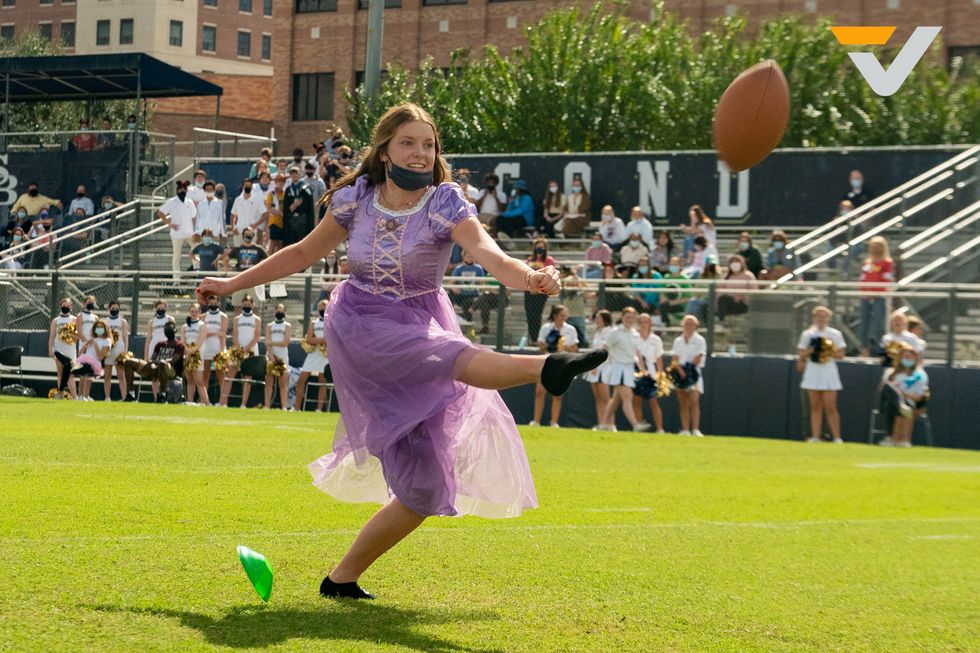 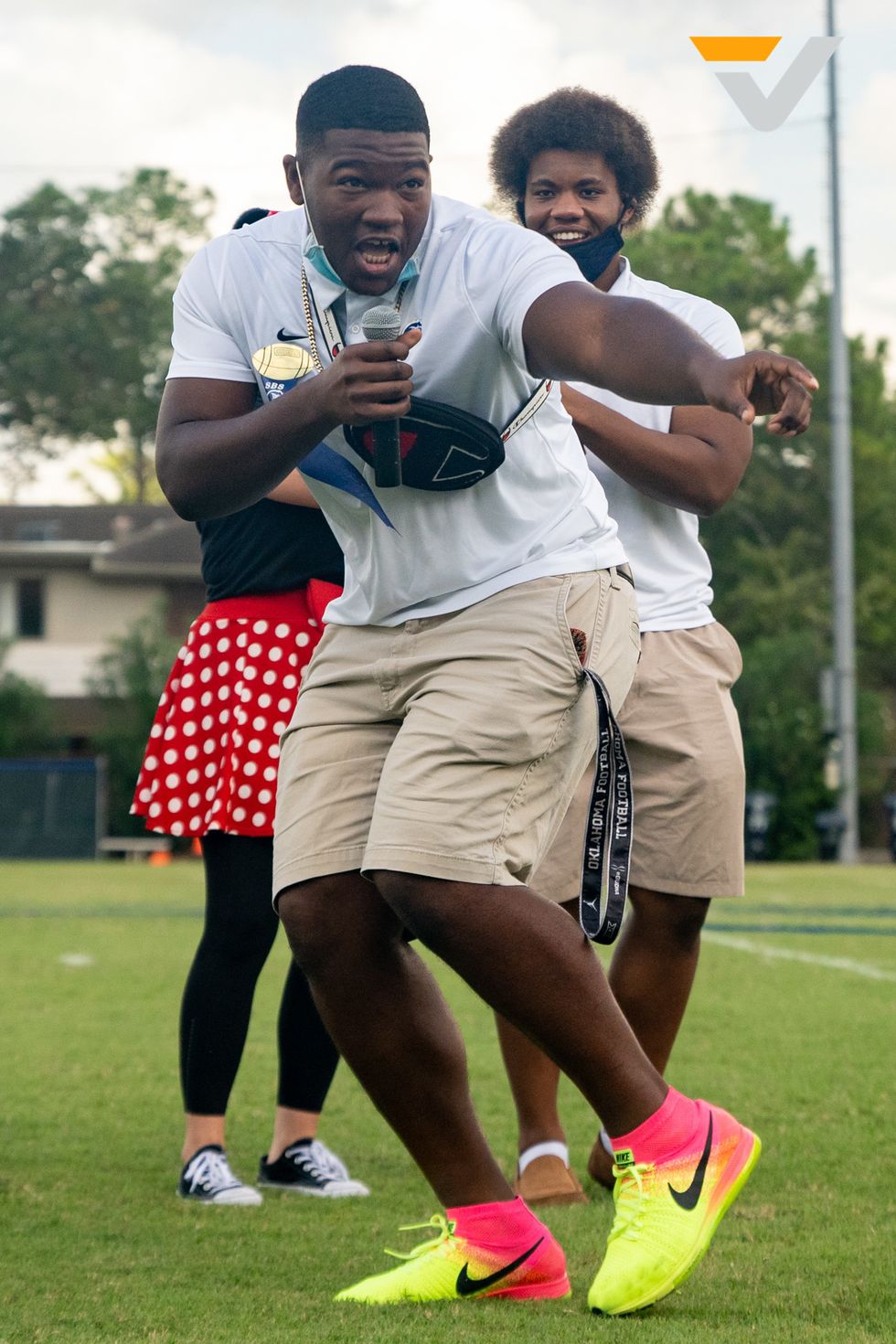 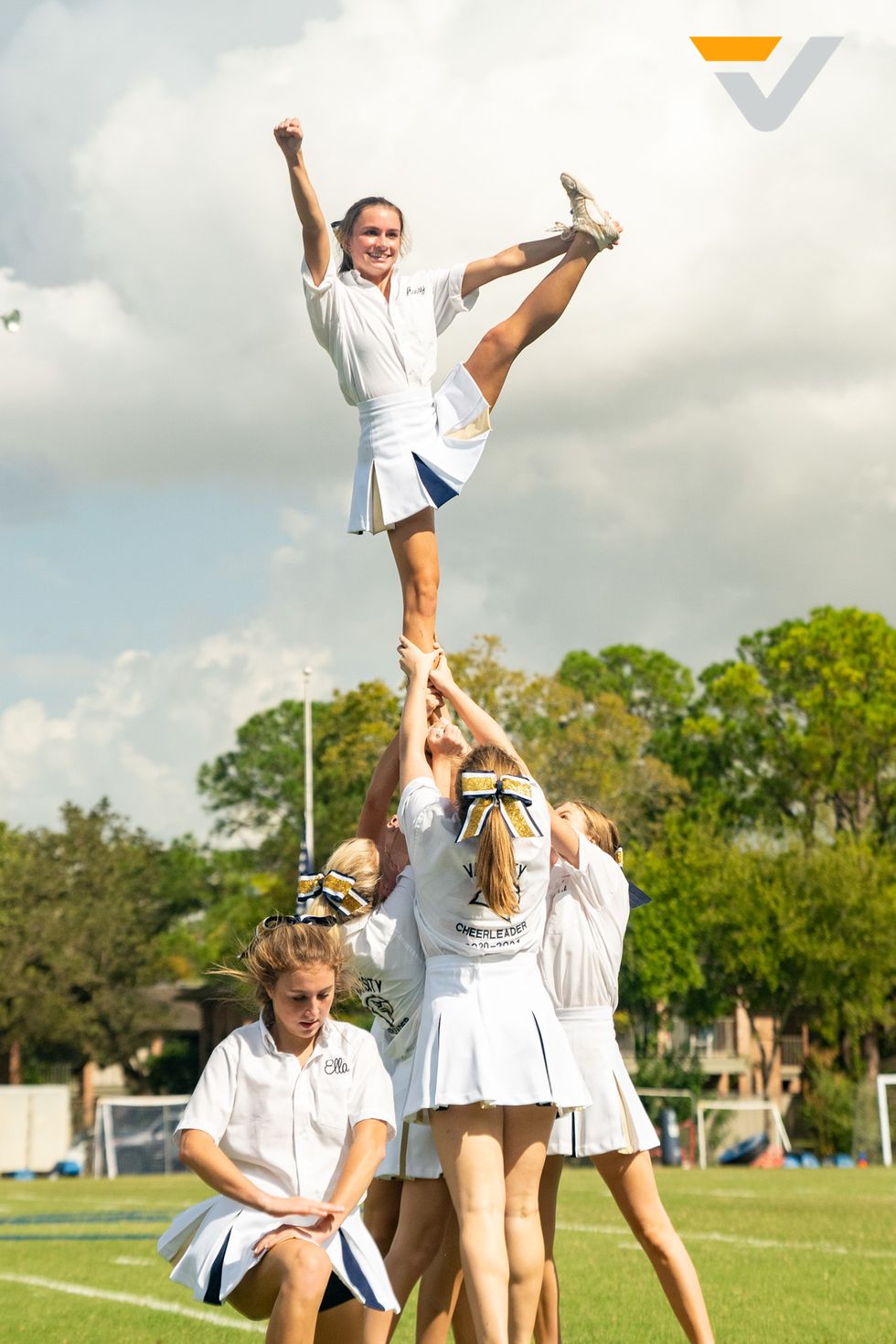 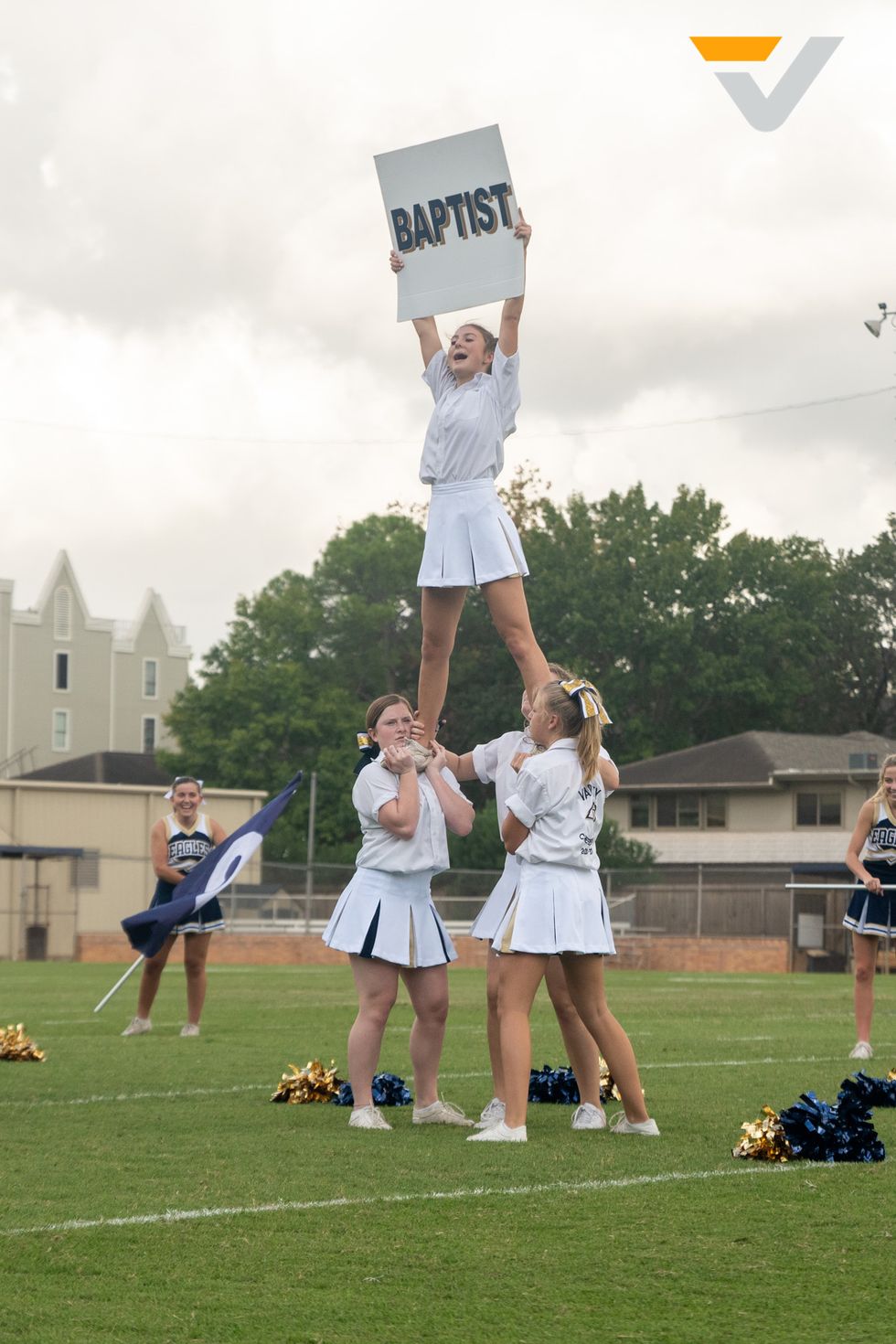 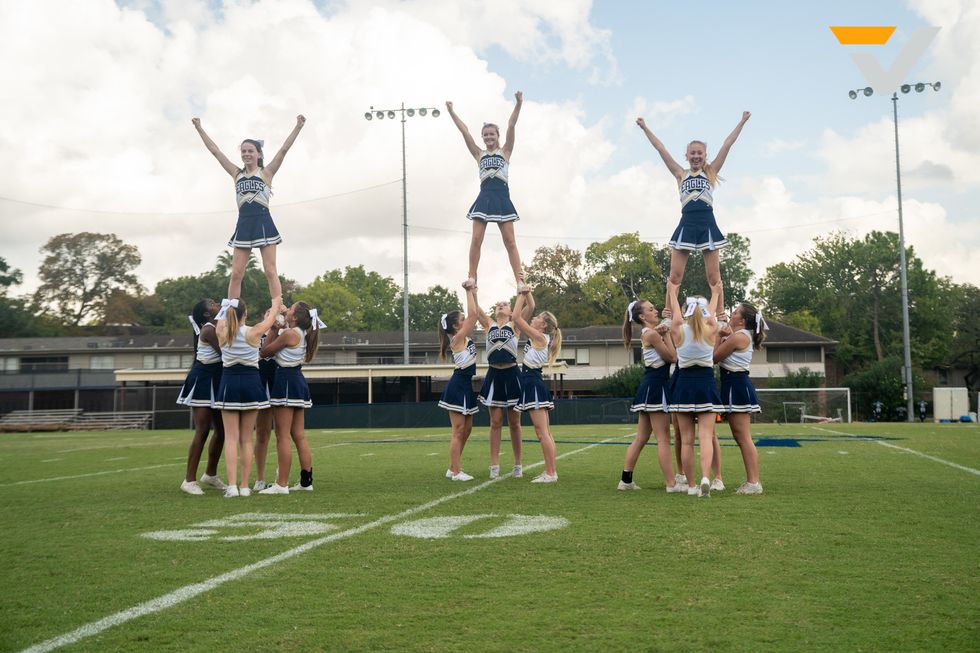 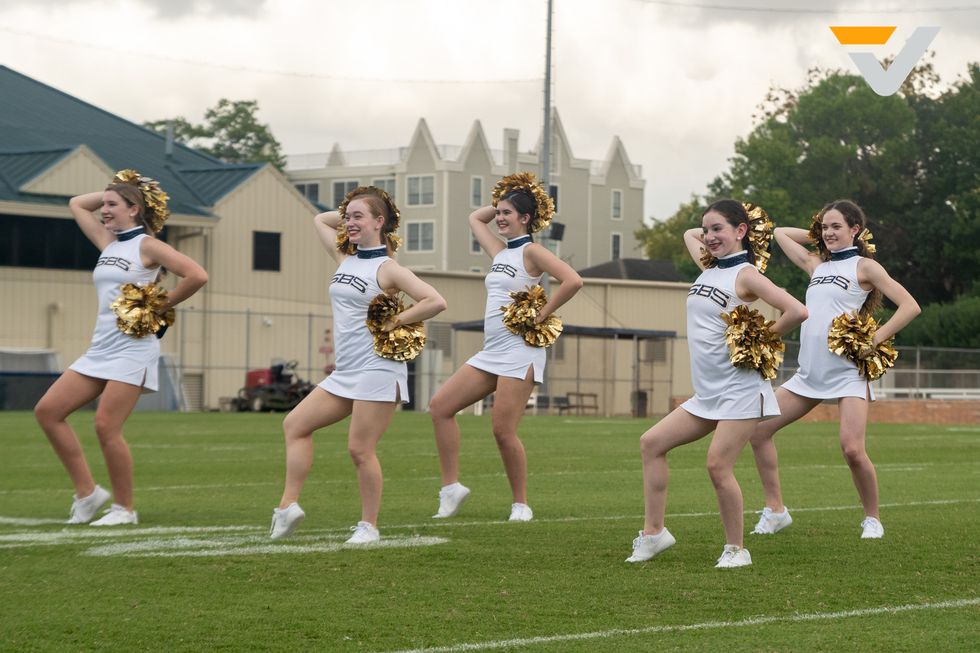 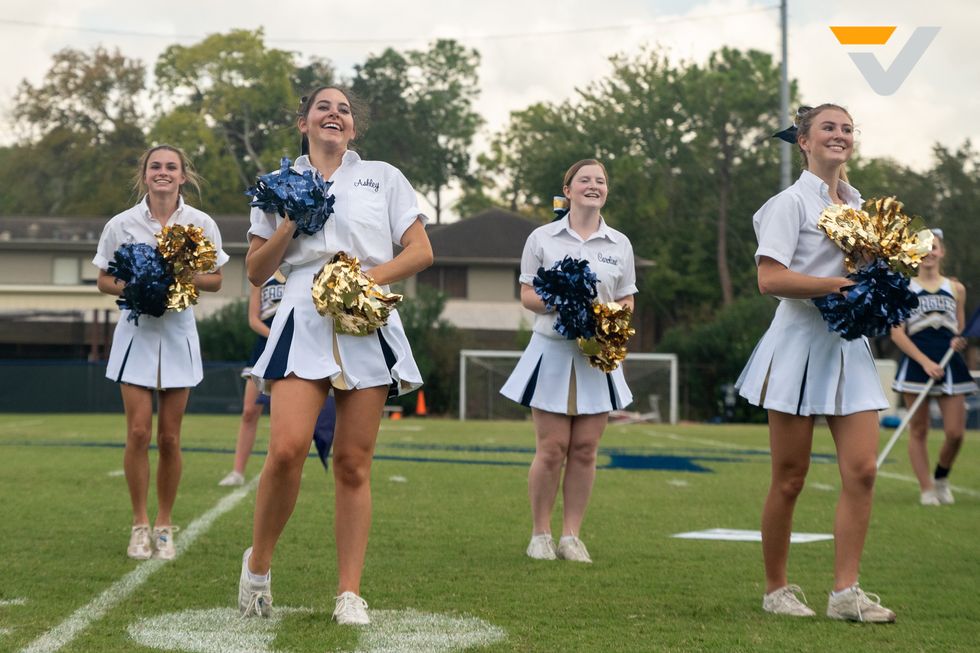 With our pregame meeting with coach wrapped up it was time to head to the newly painted field for the pep rally.

As the high school students got into their respective sections in the football stadium, to help with social distancing, the Second Baptist School band played a few of the hits – including Queen's "We Will Rock You". Performances by the cheerleaders, Golden Girls, a field goal kicking contest ensued, a spirit contest between the classes happened – the seniors winning, of course – and then it was time for lunch.

As the day progressed, I had the opportunity to settle into the second floor of the athletic building, near the coach's offices and even Athletic Director Mike Walker's.

As Walker worked his way in and out of the building throughout the day, he was taking care of different items. In between it all, Walker said it takes a team effort to pull off an event such as homecoming.

"We get great support from our communications office who does a lot of our print and social media items, our advancement office works with the booster club and sets up the posters of the kids and balloon towers at the gates," Walker said. "That's what it takes to do athletics well. My office does the game – the nuts and bolts – and then all this extra stuff that happens is great for the kids to see.

"It's great to have a community and different offices to partner to make an event like this to really pop."

As the clock ticked towards 4:30 p.m. the building started to buzz again.

Football players were making their way into the weight room for pregame lifts, pregame meals were carted in, other players made their way over to the locker room and then before everything really got going it was time for pregame devotion.

The message was based off Hebrews 10:35-36: "So do not throw away this confident trust in the Lord. Remember the great reward it brings you! Patient endurance is what you need now, so that you will continue to do God's will. Then you will receive all that he has promised."

As he stood there talking to the football team the message was clear. Do not throw away the gift God has given you and take advantage of every opportunity. In the world we are in, with COVID-19 threatening our way of life daily, he stated you never know when your last game or play will be.

I think that is what this last year has taught all of us is do not waste the opportunities in front of us. An important message, especially to high schoolers, who have so much thrown into their life on a minute-by-minute basis, in the age of social media.

As the players got their ankles taped and ready to go out for warmups, I ventured up to another pregame devotional. This time in a comfy media room upstairs is where the Golden Girls were meeting. One of the team members took her bible to the front and started.

Her message – a high schooler mind you – were about hope.

She opened her devotion saying earlier in the week she had felt pessimistic, considering everything going on in the world. Hope doesn't come easy, she said, it is something that can be hard to come by at times, so she dove into her bible hitting on Romans 8:24-25: "For in this hope we were saved. Now hope that is seen is not hope. For who hopes for what he sees? But if we hope for what we do not see, we wait for it with patience."

Strong message from a high schooler. A message we all need to hear in times like we are living right now.

The rest of the night was spent watching Pirtle give his team a rousing pregame speech – one that was Hollywood worthy – essentially about defending their "porch" aka the district title and going out and taking care of business.

The Eagles' did not disappoint the hometown crowd, winning 49-0 and moving to 3-1 on the year.

I decided in this piece to not write a lot about the game itself. This was more about my day with the Eagles'.

Throughout it I saw care, compassion, and a sense of community. Faith, love for God, love for one another and I even took some lessons from a high schooler on hope. I saw a campus and community push through the tough times we are in and still give their student body a homecoming.

A homecoming that I will soon not forget.