Class 4A teams and down just finished Week 9 of the season this past weekend. Who earned a VYPE Helmet Sticker this week?

In a 22-7 victory for Huffman last week over Splendora, which pushed the Falcons to an impressive 7-0 in the 2020 season, Caleb Pierson came up big on the defensive side of the ball. Pierson finished with 15 tackles and one tackle for loss in the victory for the Falcons.

This is not the first time Damian Ruiz has found himself receiving a VYPE Helmet Sticker this season. Ruiz helped guide Livingston to a 21-7 victory over Vidor last week pushing the Lions' record to 6-2 on the 2020 season. Ruiz finished the game 8 of 15 for 179 yards and two scores. He also had 68 yards on 13 carries on the ground. He has passed for more than 1,000 yards this season already.

North Forest is coming off a 42-12 win over Scarborough and in that Xavier Mills was a big key to the successful night. Mills finished with 114 yards and three scores on just seven carries. Now, that's being productive. 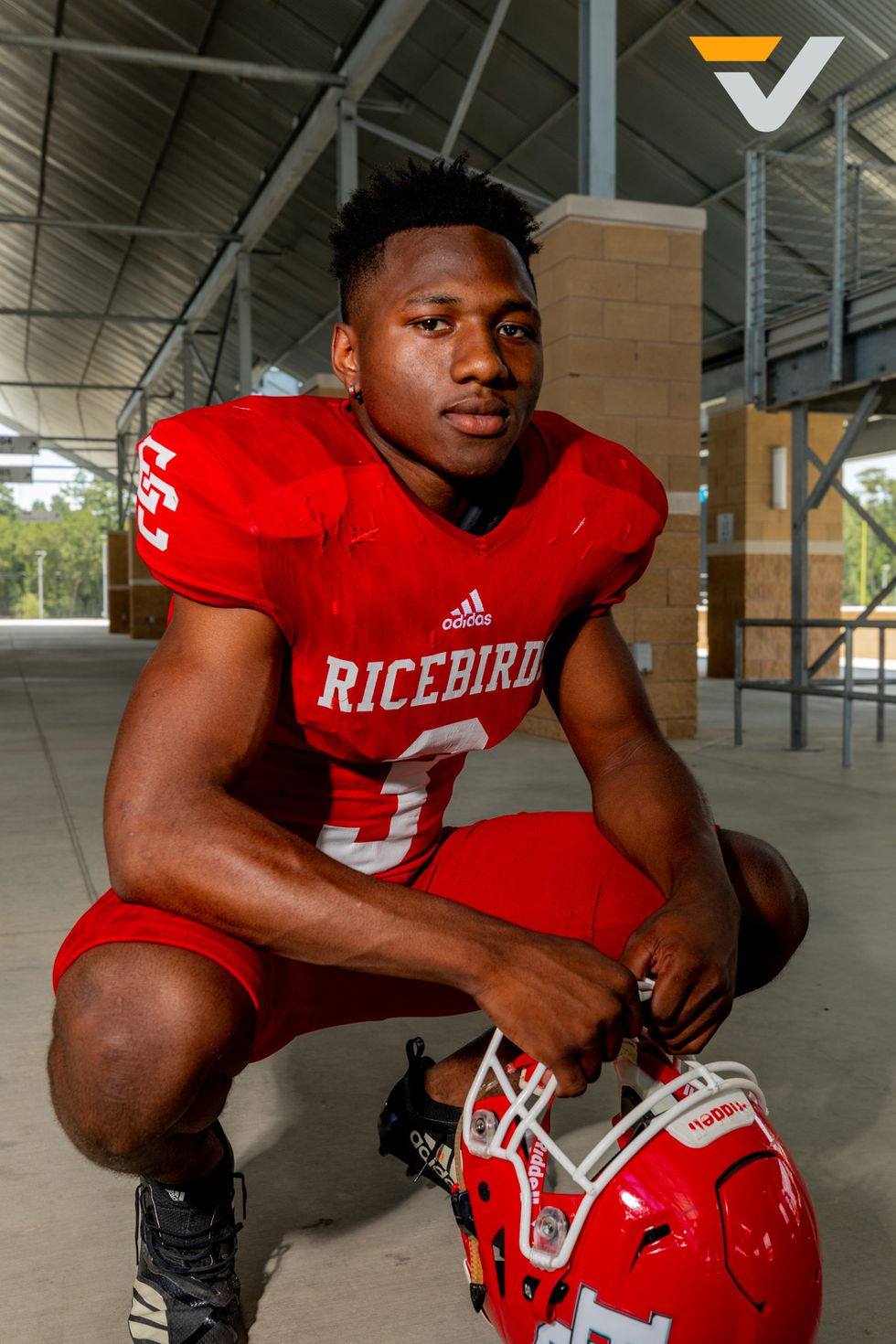 Johntre Davis has been a rushing machine for the Rice Birds this season. He continued that against Bay City, which marked the 100th meeting between the teams. Davis finished with 202 yards and three touchdowns on 25 carries for El Campo. On the season, Davis has rushed for 1,086 yards and 12 scores thus far. He is on pace for a monster season.

Blake Maresh was a key to Needville's 42-13 victory over Brazosport. Maresh finished the game with 118 yards on 11 receptions for the Bluejays.