5 Big Takeaways: North Shore moves to 4-0 behind 21-point second half

MANVEL - In every season there are three parts to it.

Non-district, district and then the playoffs. Each provide their own opportunities. Jon Kay has always approached the non-district portion of the schedule as a time to gauge his team. Coming out of that, capped by a 49-14 victory over Manvel on Friday at Freedom Field, the North Shore Mustangs are 4-0.

\With a COVID-dictated schedule this spring and summer this time for the back-to-back state champions was crucial.

"We always use this non-district schedule as a barometer of the things we need to work on," Kay said. "I thought the second half was the culmination of the weeks of work that these kids have put in. There's no more excuse of no spring ball, no Covid excuse, we've had plenty time to prepare.

"It was good to see us go out there and execute but we better get a lot better to go and compete in District 21-6A."

So what were the 5 Big Takeaways? 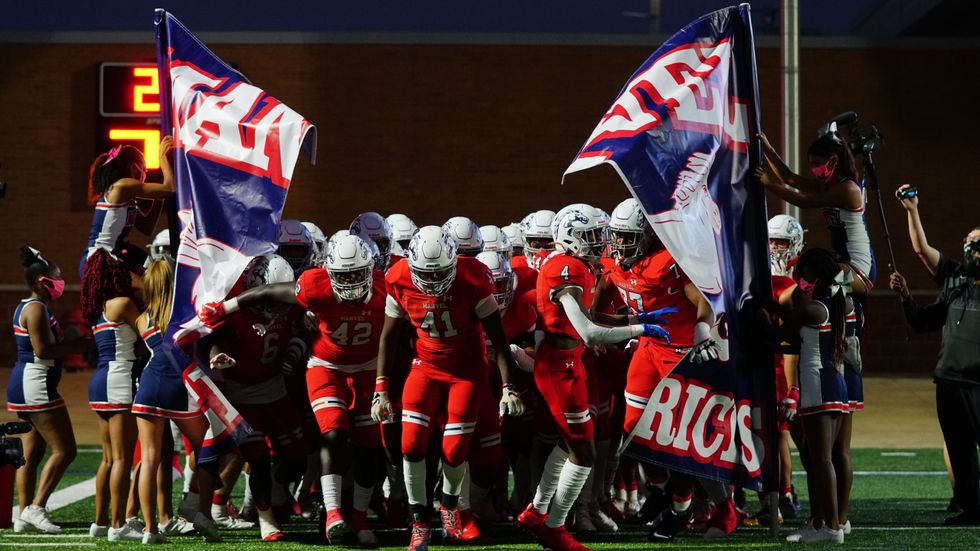 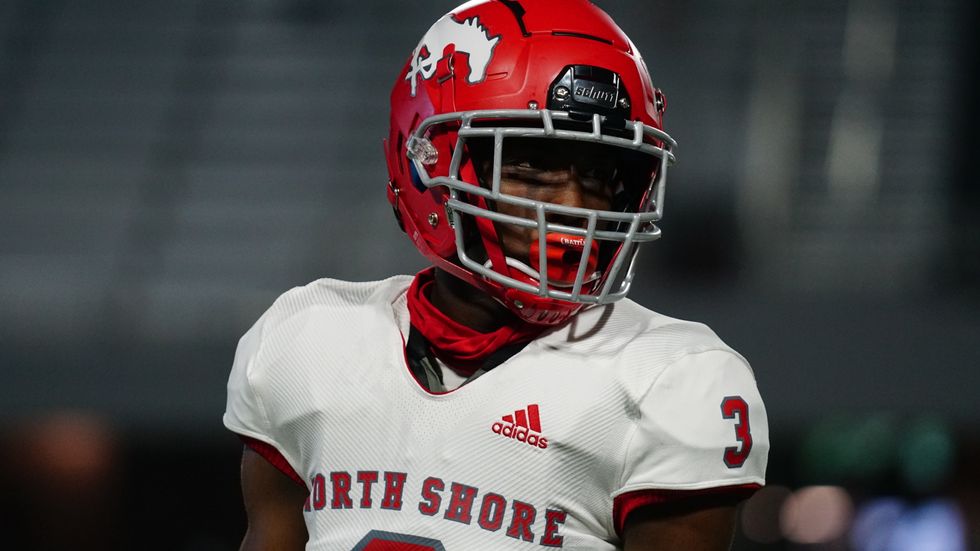 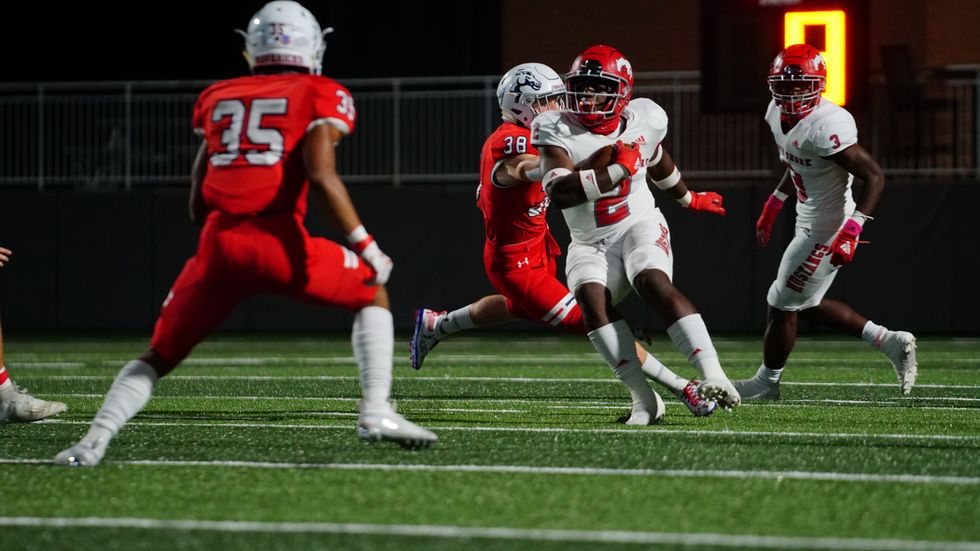 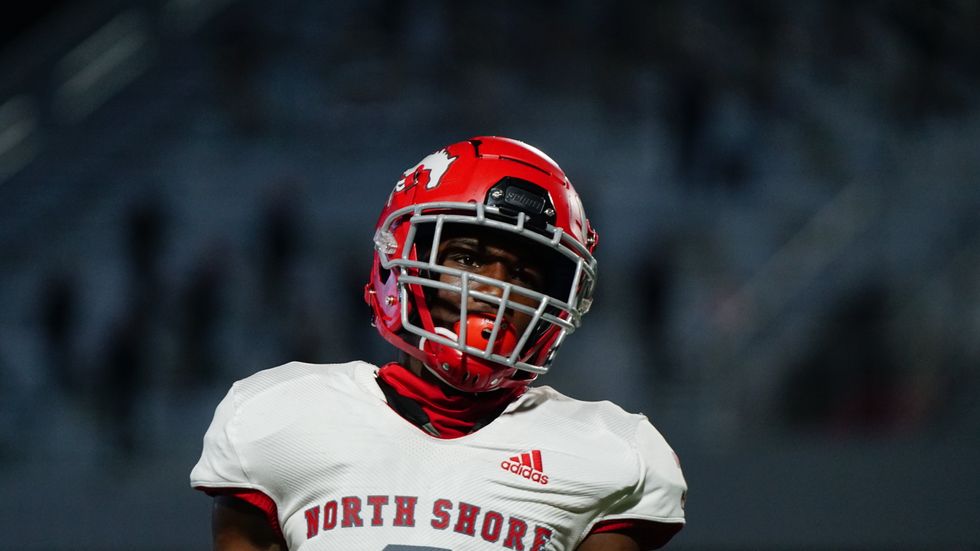 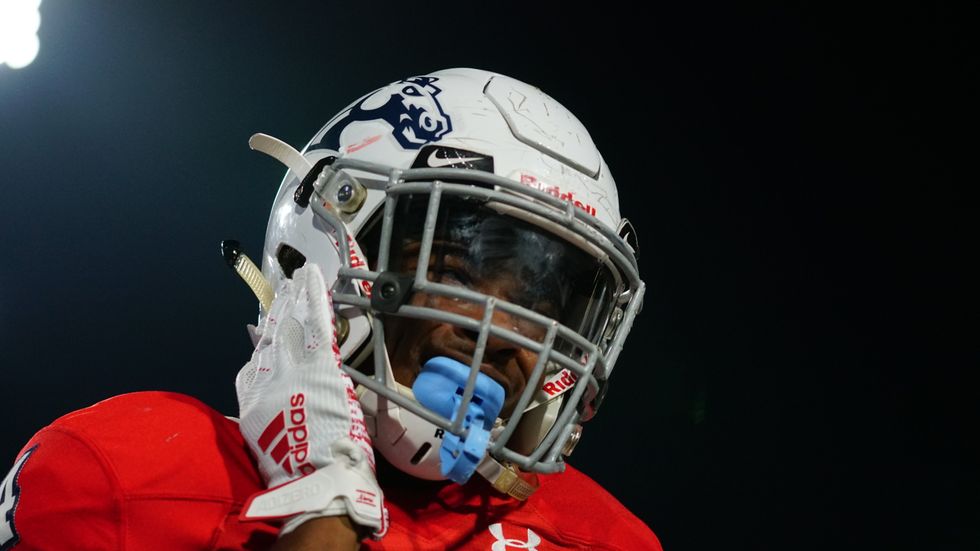 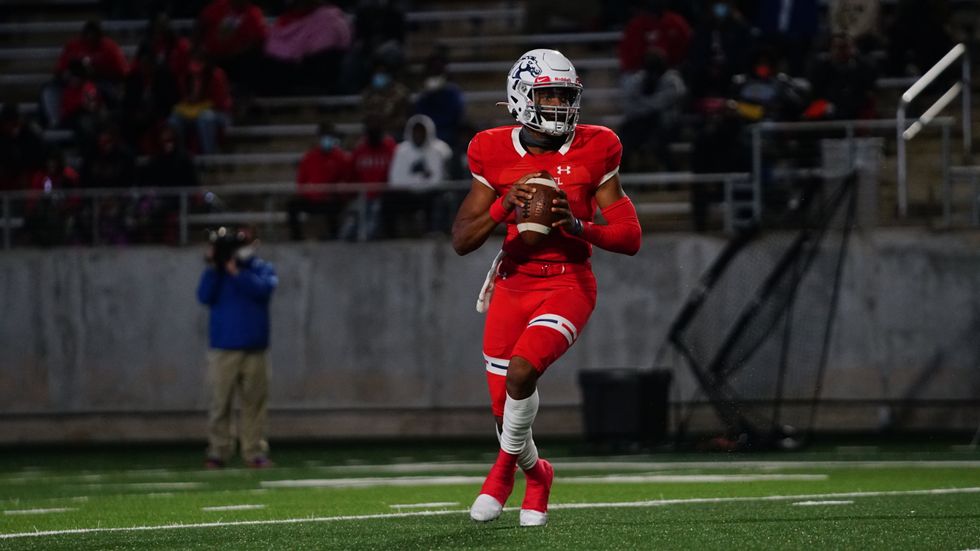 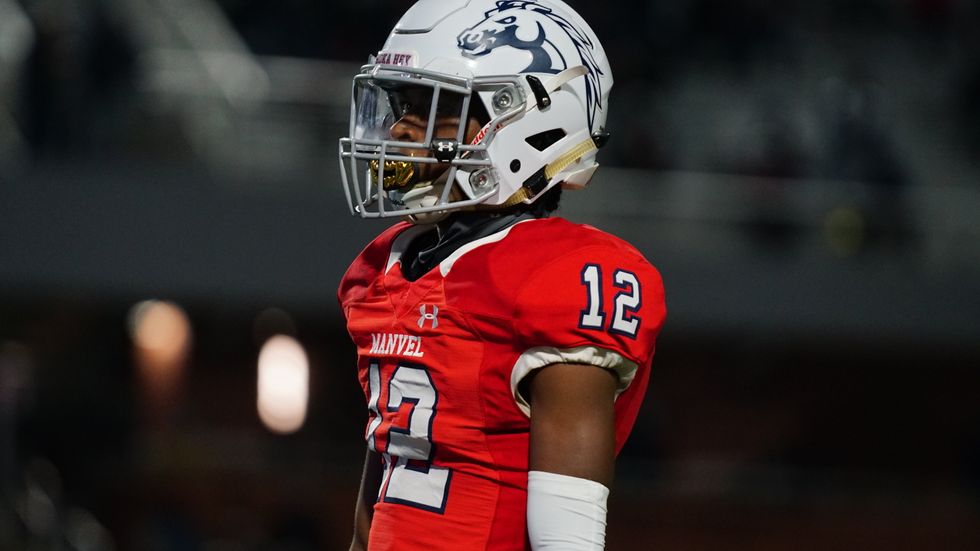 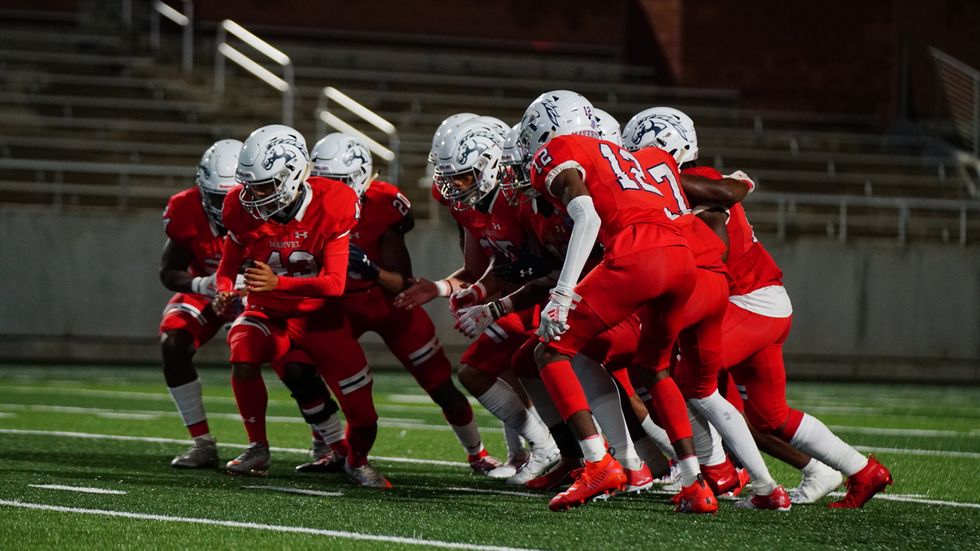 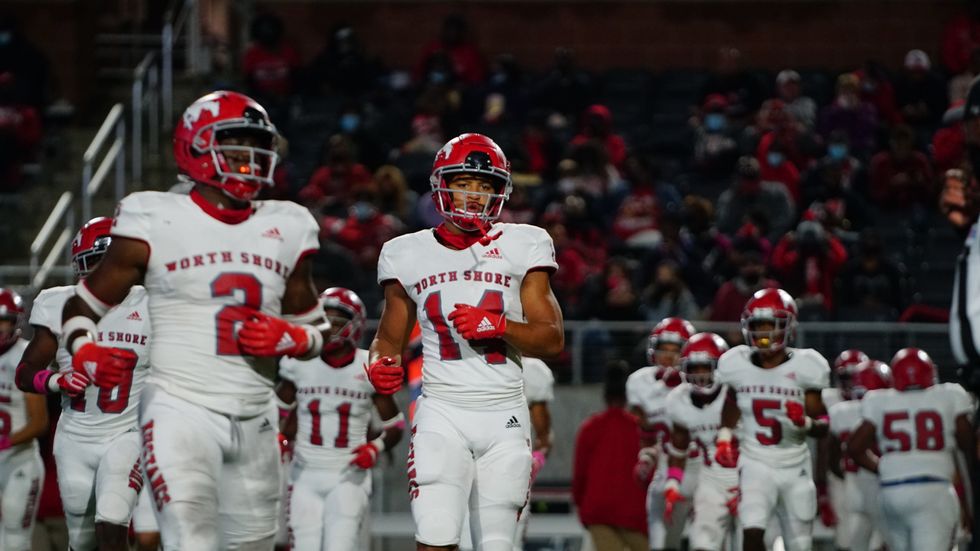 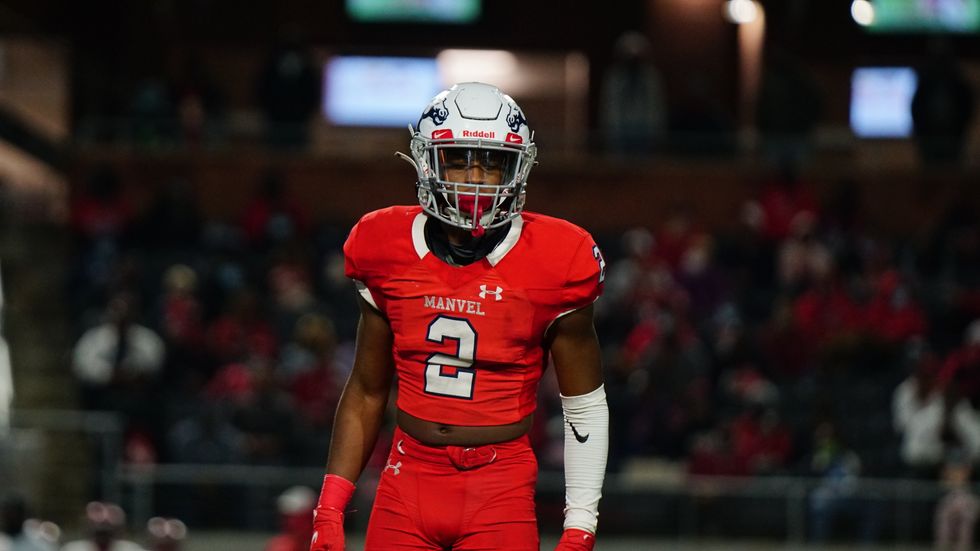 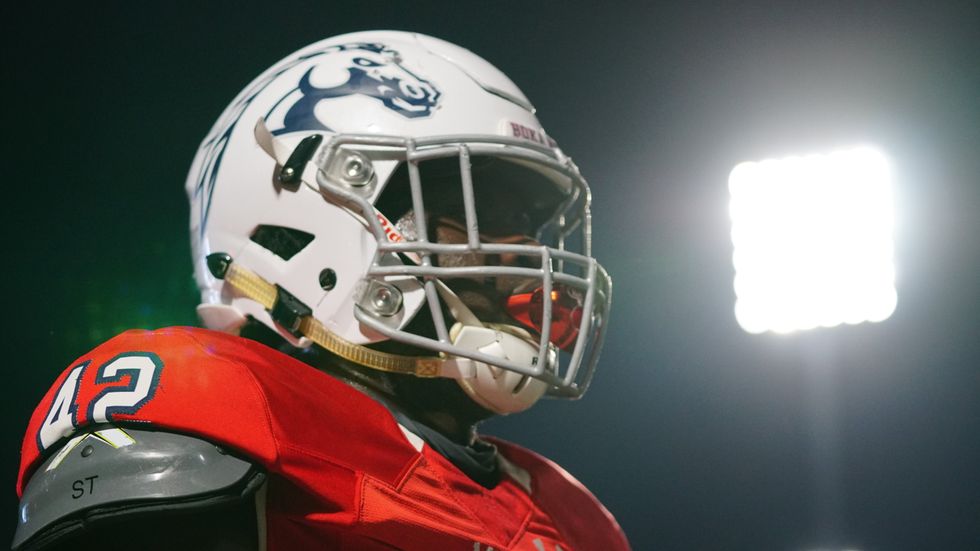 TOUCHDOWN MUSTANGS: @NSNationFB WR Shadrach Banks an @AggieFootball commit picks up the low snap and then HURDLES a guy!! #txhsfb

Jon Kay says Shadrach Banks is continuing his progress to getting into game shape. Friday's win over Manvel showed he is definitely making progress. Banks was featured in the North Shore offense as usual at wide receiver, showing his strength off multiple times. But then they also lined him up at quarterback in a Wildcat formation with Dematrius Davis slotted next to him. They did this a few times and in the second quarter, Banks hurdled a would-be tackler and took it in for a touchdown. Just another wrinkle in this already potent offense. Banks is looking more and more dangerous each week.

No, Dematrius Davis didn't force two tacklers to smash into each other with a juke this time. He did shed two arm tackles to score on one play though on one of his two touchdown runs. On the play above though, Davis faked the handoff, faked the pass and then proceeded to take off for a score. This play it looked too easy for him. Davis' running ability has really flourished the last two seasons. Last year he just broke loose with it on multiple occasions. Davis had two passing touchdowns and two rushing scores to add to his season total. Davis is a pure challenge for any defensive unit because you really don't know when he is going to fake you out and take off.

Gabriel Larry is a Dual-Threat Problem

Seeing Gabriel Larry in person for the first time he is a tall, rangy quarterback who can throw and take off with the ball at the same time. Larry on one play broke through a would-be sack and ended up converting a first down on a third down and ten. Larry also had two passing touchdowns in the game. He and his Manvel offense are going to be a problem in Class 5A. Larry can be a gamechanger at quarterback, especially when he takes off.

The offensive line has always been a strength of this North Shore program. Jon Kay said they are still working through some different combinations on the offensive line, looking for depth in the secondary, kicking game needs improvements as well.

"I think there is room for improvement. I saw a lot of resiliency today. [Manvel] had a lot of momentum going into the half and for us to come out in the second half and answer the bell, I think that speaks a lot to [this team's] character."

Kriss Ross - A name to remember

Defensively, Kriss Ross is a force on the line. He is big. Fast and will crush an opponent. One play stuck out when he was able to come free off the edge and sack Manvel quarterback Gabriel Larry in the second half. It was a big momentum swing, a drive stopper and big play for him. Ross is a part of the Class of 2022 and it wouldn't surprise me if he starts getting some looks because he brings some size to that defensive line for North Shore.