Woman says her husband went to return a truck in 2021, and never returned; Family still hopeful after his mysterious disappearance

METRO to get 20 electric buses after $21.6M grant from Federal Transit Administration

Down to the Last Play- Battlin' Billies Win

Boerne- A two-point conversion by Fredericksburg High School in the final play of the game against Boerne sealed the deal to secure them a win. The Battlin' Billies and Greyhounds put on quite a showcase for the fans on Thursday night as the game was a constant back-and-forth from the beginning.

The second quarter was scoreless thanks to some big stops on defense, including a big 4th down stop by Boerne's defense preventing a Fredericksburg score.

Coming out of half time down 7-14, the Battlin' Billies scored with 5:18 left in the 3rd quarter. It was a tied ball game until the Greyhounds took the lead with an end of the third quarter touchdown. As the teams headed into the 4th quarter, Boerne kept rolling. The Greyhounds kicked a field goal making it a 24-14 lead. Boerne ISD Stadium had a sense of comfort with only 5:32 left in the game, but the Billies were not done battling. With a little over two minutes remaining, Fredericksburg came back with a matching field goal, but still trailed by 7. With the clock running out, the only option for Fredericksburg was to go for the onside kick- and it was RECOVERED! The last drive of the game, the Billies took it down field, and earned a scoring pass from Cole Immel to Tripp Dennis on the final play of the game. Instead of going for the PAT, the team got the signal they would be going for two. Despite getting a delay of game penalty, the Battlin' Billies proved their name to be accurate- they battled back for a 25-24 win in what was an exciting Thursday night football game. 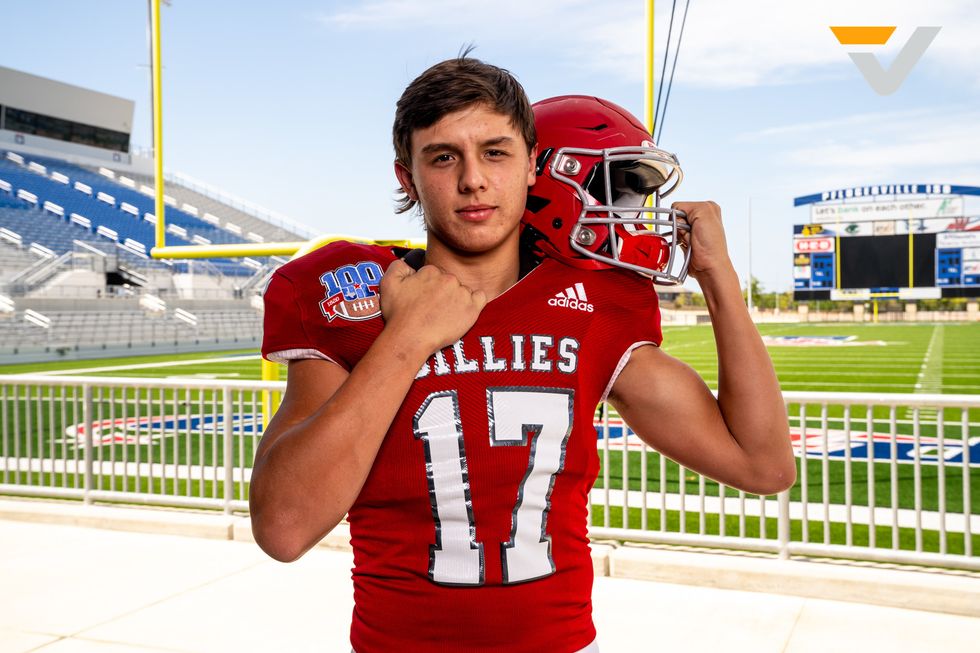