Welcome to the 2020 football season. What a weird offseason it was for everyone. There was not a summer camp circuit for players to go showcase their talents at. In-person recruiting came to a screeching halt and the COVID-19 Pandemic has affected everyone.

But VYPE has still done what we have always done when it comes to previewing Texas high school football here in Houston. With that said - here is the District 11-5A-DII Preview! 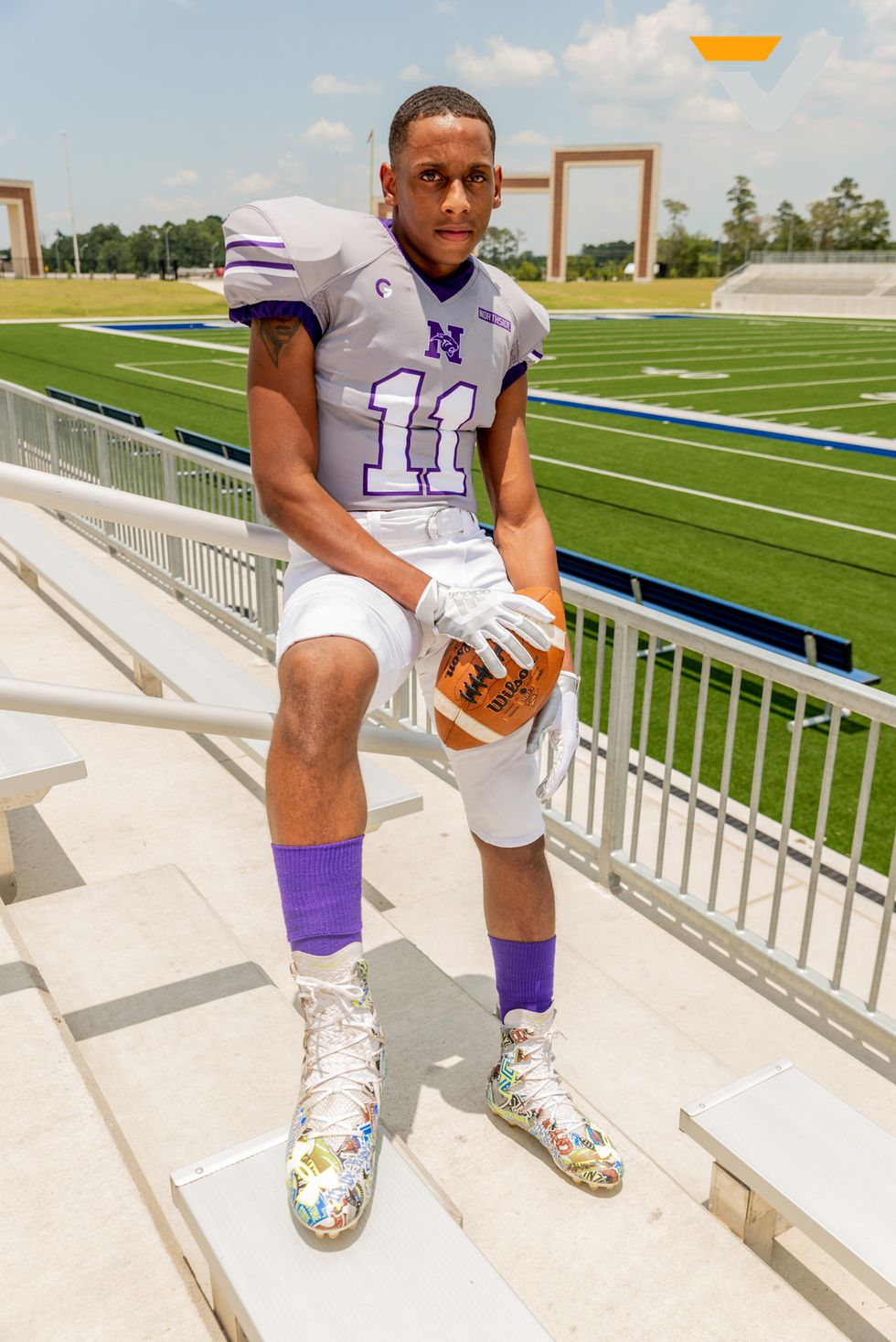 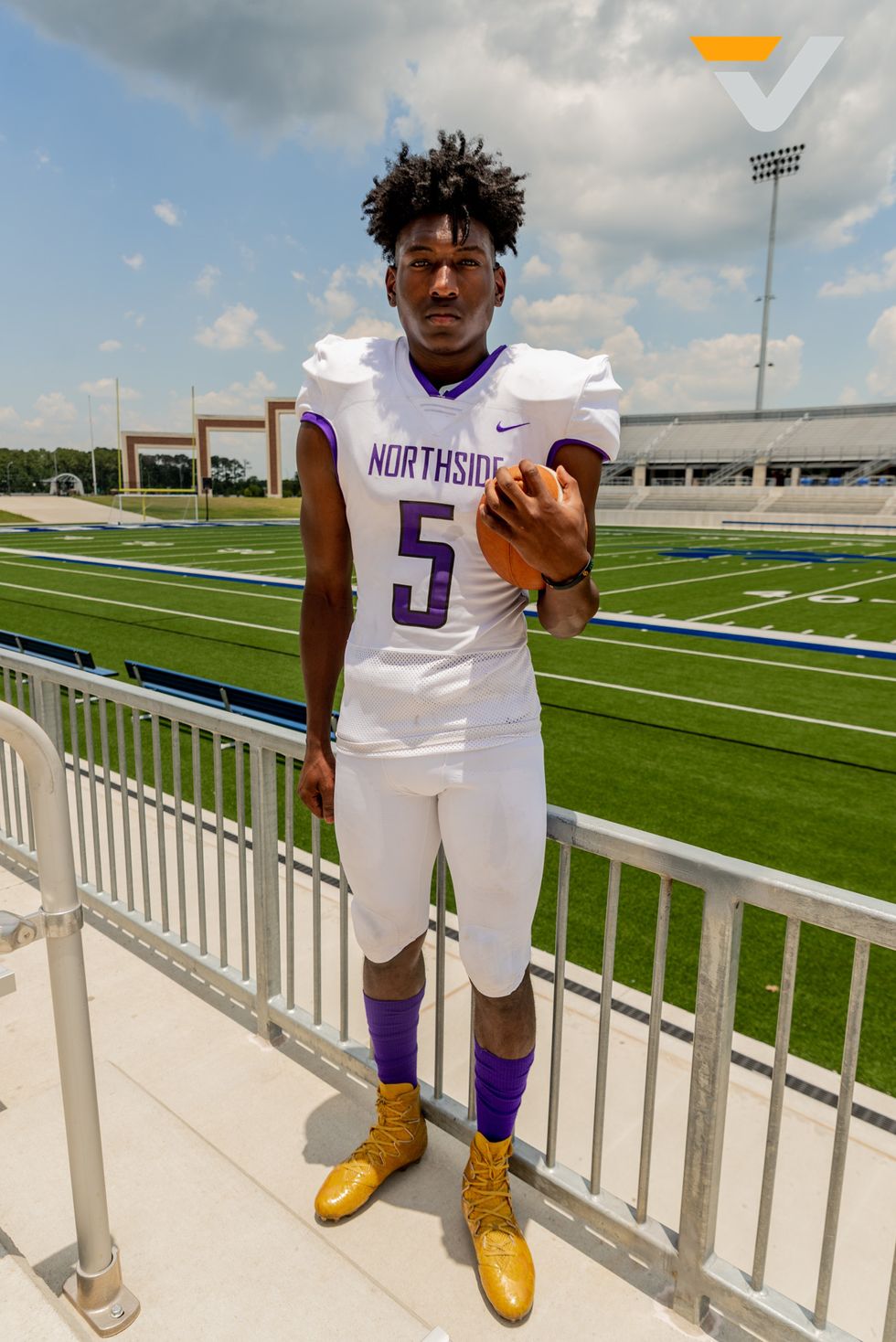 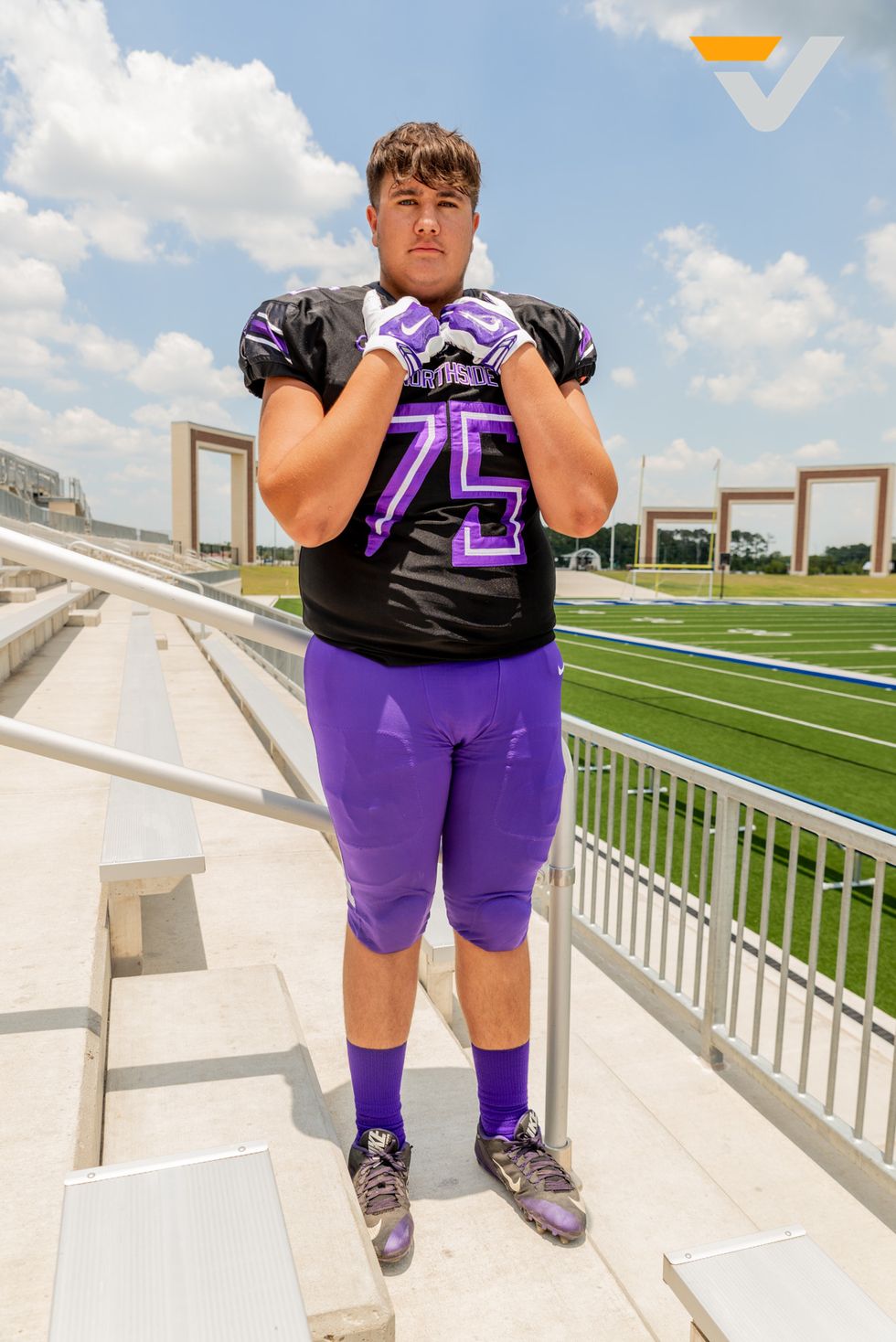 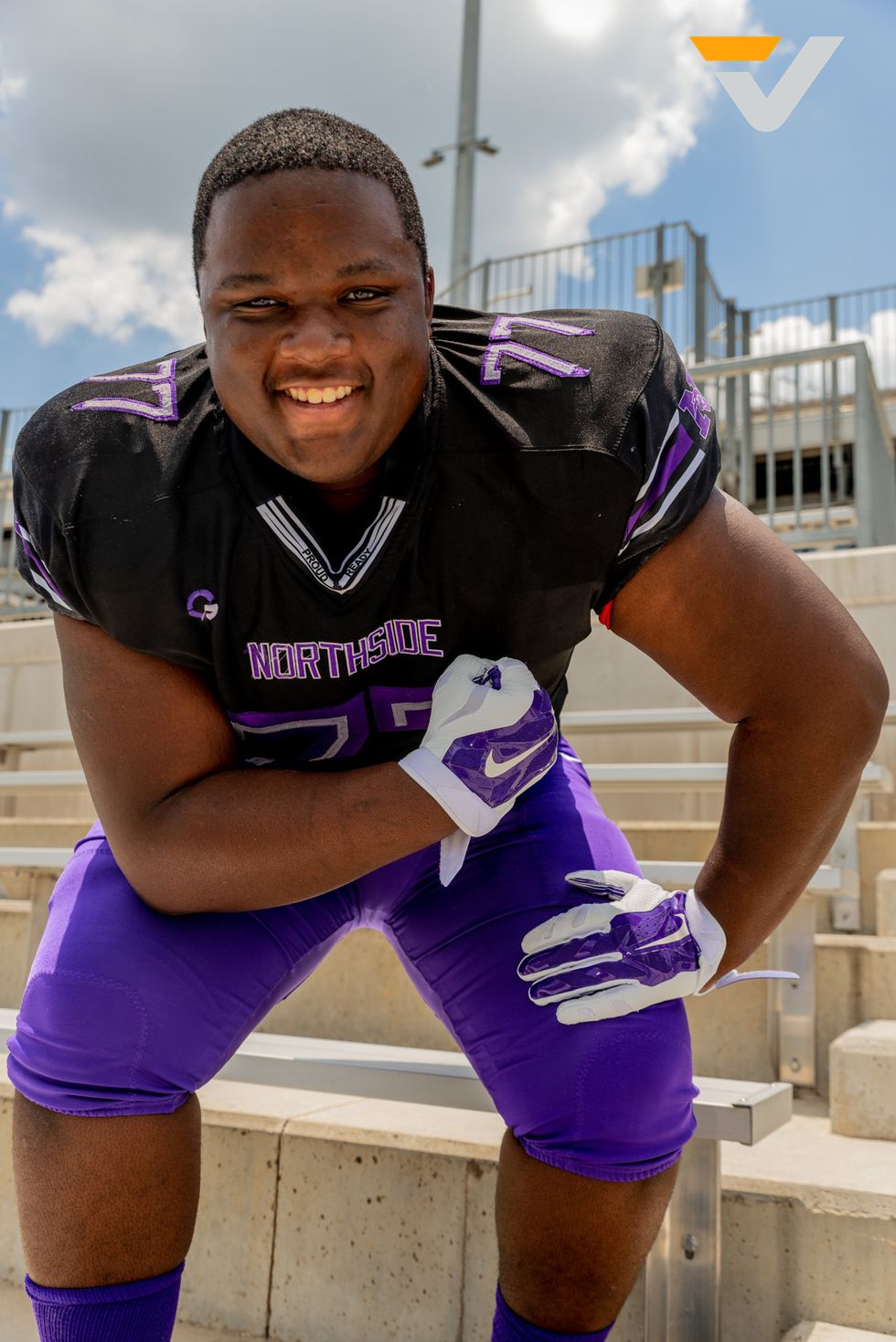 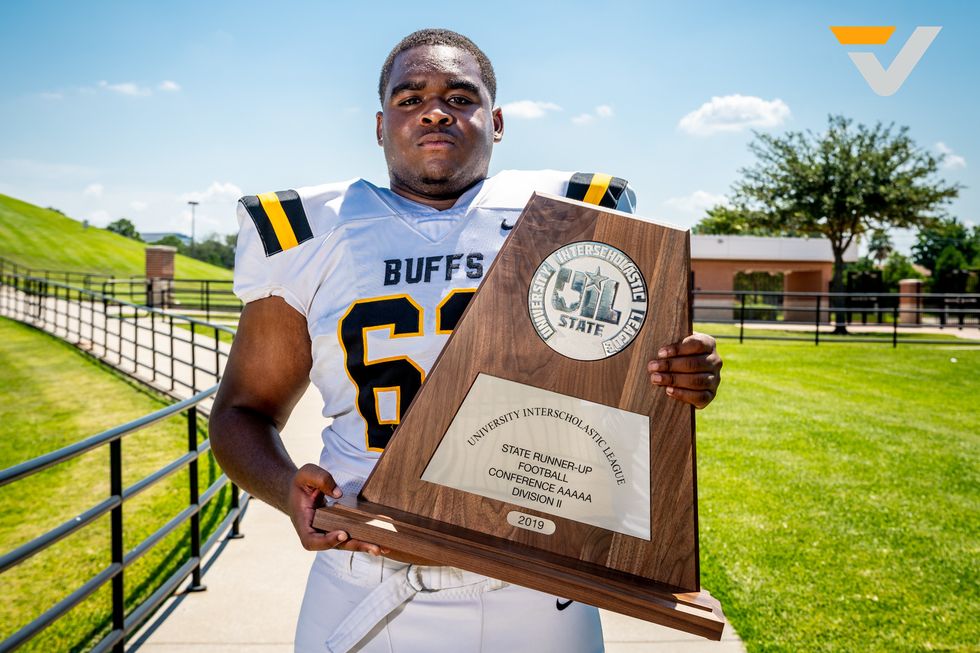 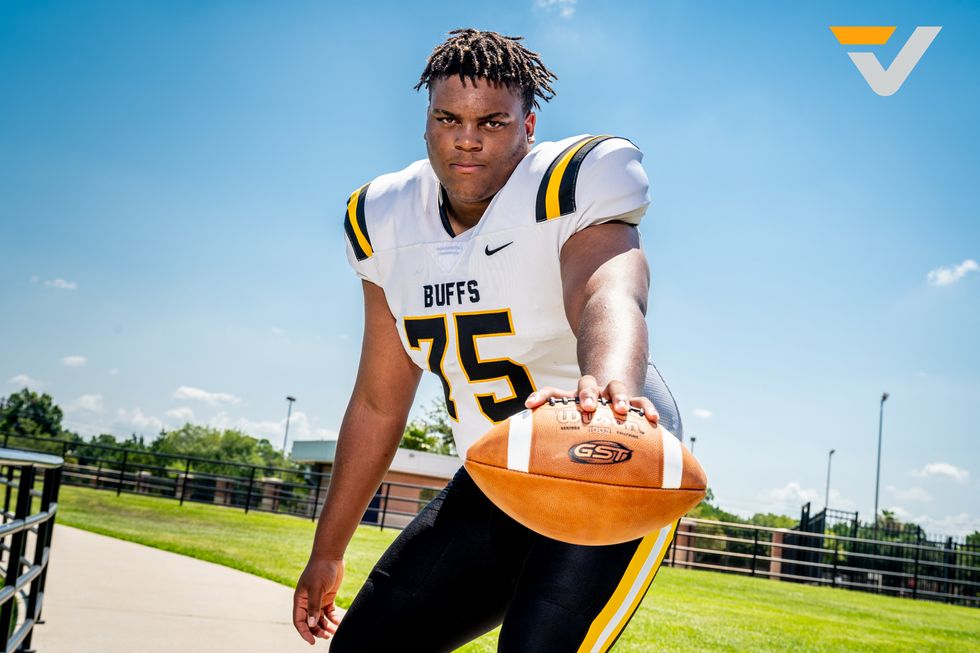 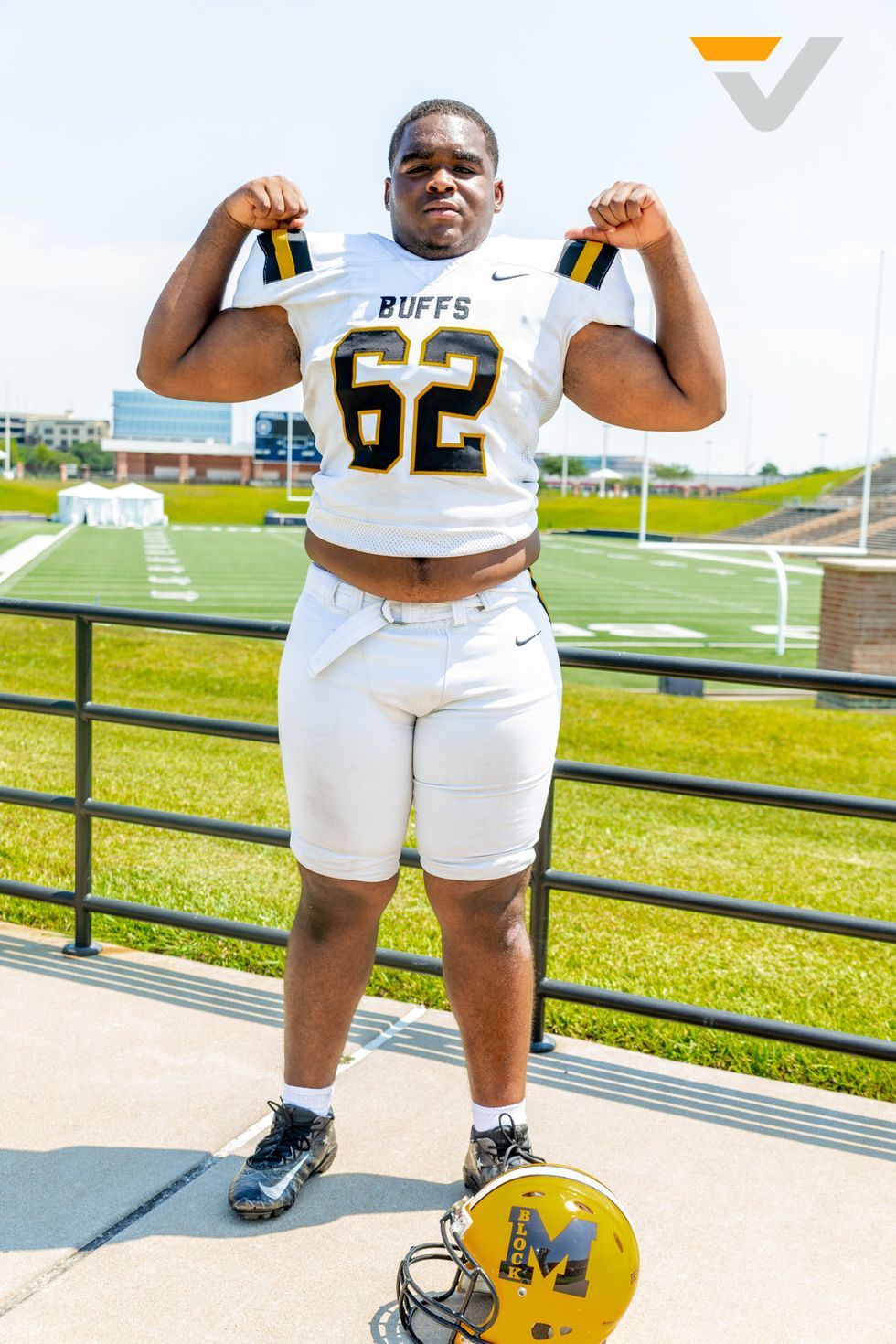 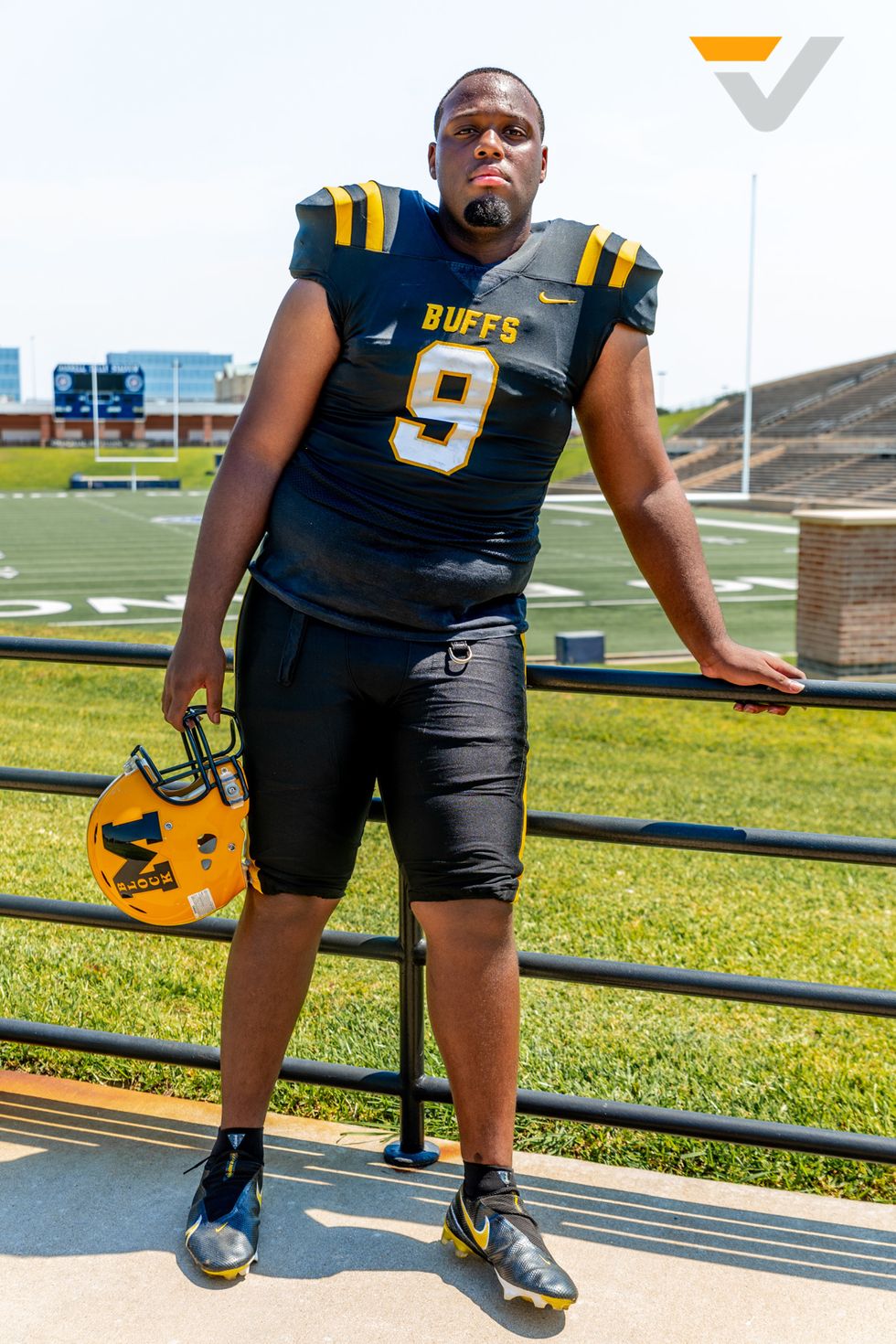 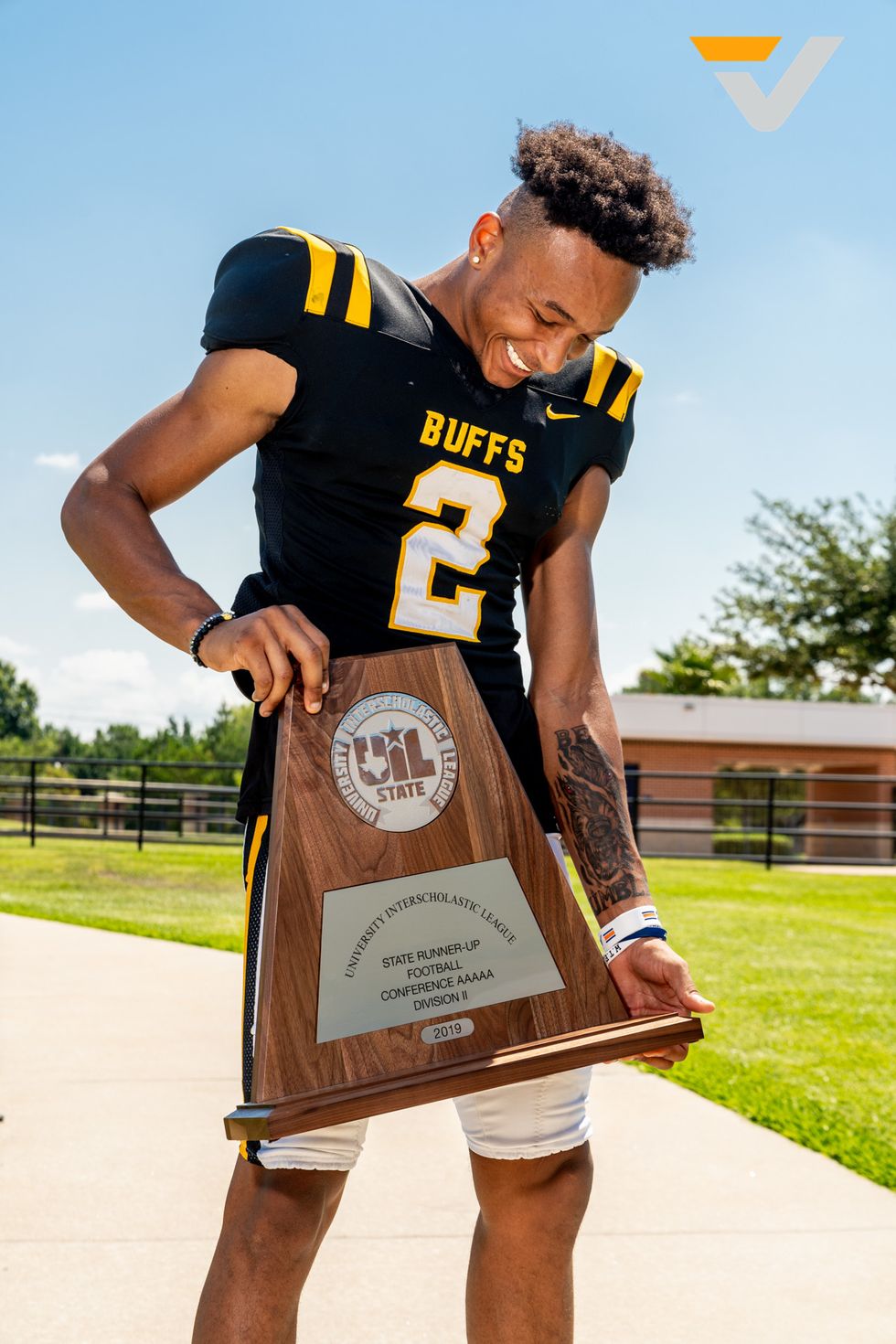 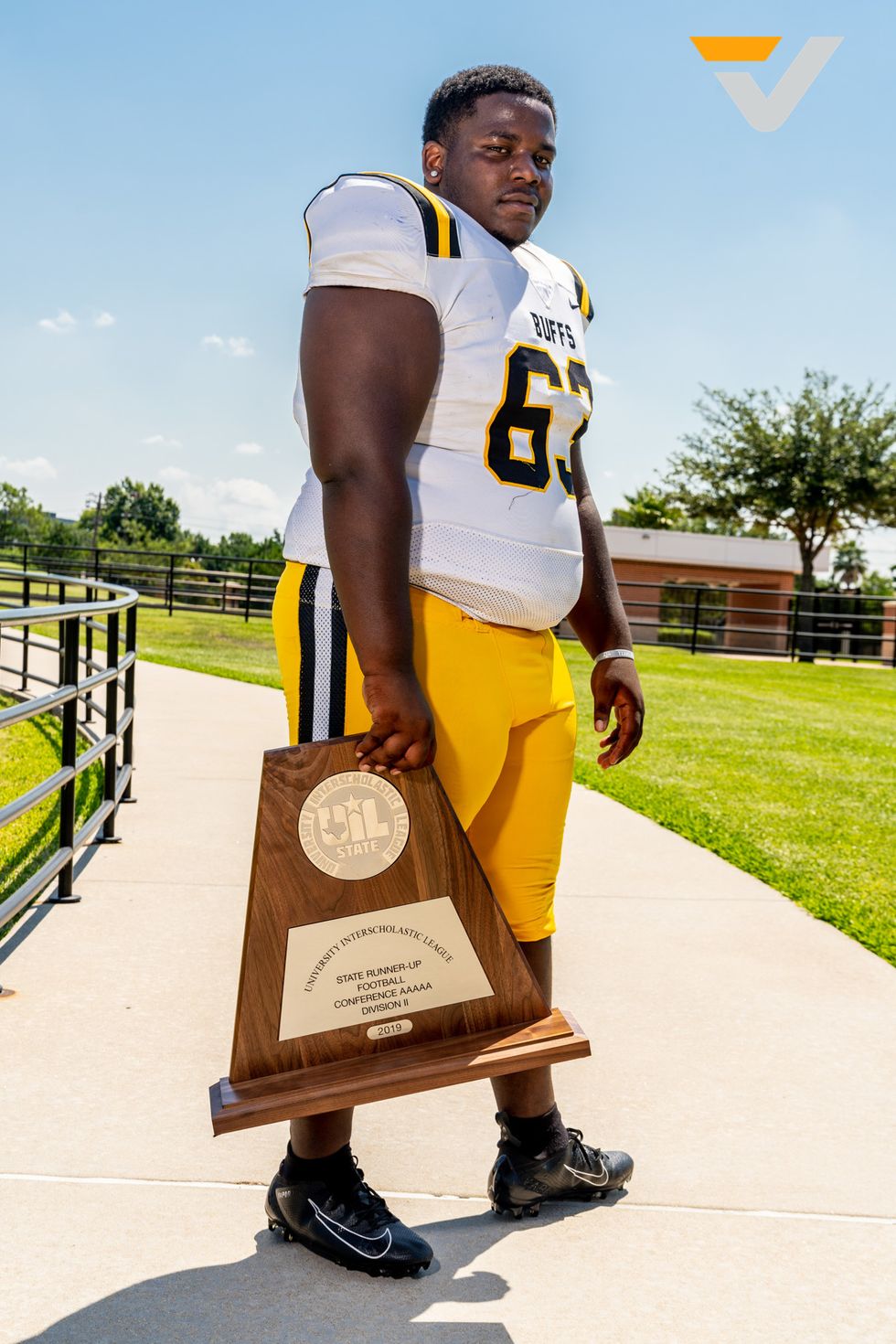 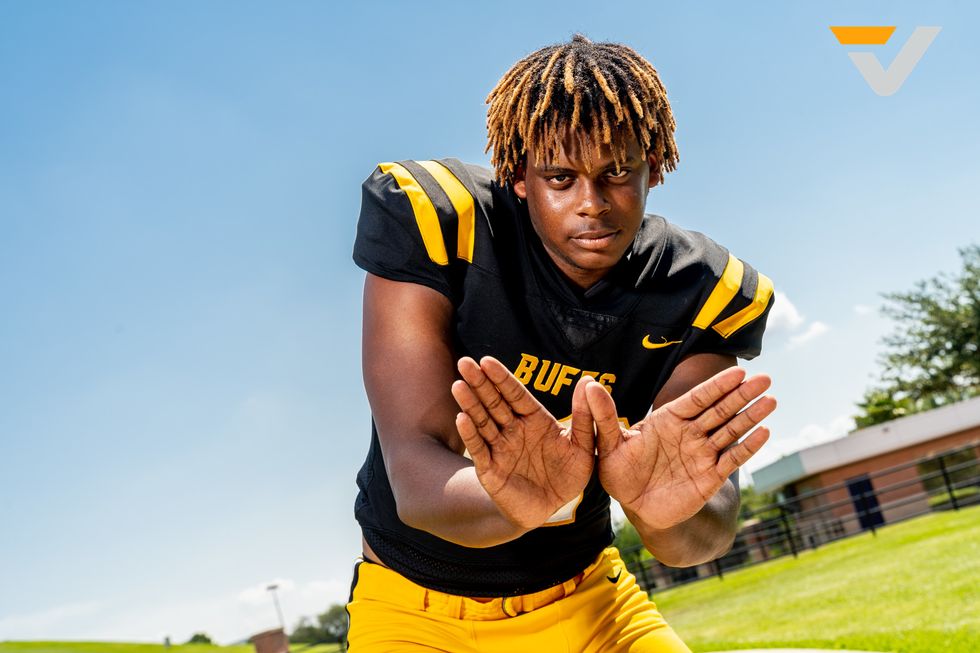 THE MARSHALL BUFFS WOULD NEVER ADMIT THIS, BUT WITHOUT MANVEL TO SCRAP
WITH IN THE NEW DISTRICT 11-5A-DII, THE ABSENCE OF A REGULAR SEASON NEMESIS PRESENTS A MENTAL CHALLENGE. FELLOW DISTRICT-MATE WILLOWRIDGE, GALENA PARK AND A HOST OF HOUSTON ISD PROGRAMS MAKE UP THE REST OF THIS DISTRICT.

Coach James Williams' amazing teams lost to an eventual state champ the last three seasons (College Station in
2017, and Aledo in the last two state title games at AT&T Stadium). They've said goodbye to their two biggest superstars – touchdown-maker extraordinaire Devon Achane (Texas A&M), perhaps the fastest football player in the state and super QB Malik Hornsby, who is now at Arkansas. Inside Marshall's attendance boundary, there are more gifted sprinters per capita than in Jamaica. But there are strong, silent O-line sentinels who open the holes. Four starters (Kameron Square, LaMont Vaz, Christian Williams and Jared Baylor) are back, who blew open holes to the tune of 400+ yards/game and 50+ points per game in 2019. Hornsby worked out well as a transfer QB, and the Buffs have another move-in with junior Roland Harvey from Sharpstown. WRs Ja'Vion Matthews and Lawrence Armstrong will compete to be Harvey's favorite target. Jy'Adrian Wortham tops the depth chart at RB. The defense is loaded with DI quality guys to include DBs Christian Jackson, Daryius Brown and Jakobe Chester; LB Kenneth Seymour (Rice-commit); and DL Tristin Drones-Mouton (HBU-commit).

The Eagles will make the race for the top two spots a Fort Bend ISD sweep under new coach Ramon Chin-Young. He succeeds Rich Lazarou, who always got the absolute most out of what he had at 'Ridge. Chin-Young has 38 players on last year's varsity returning to the nest. QB Rufus Scott (2,235 yards passing, 26 TDs, 569 rush yards) and RB Jamarcus Buckner (1,143 rush yards) give Willowridge a one-two offensive punch. Stud senior Jeremiah Strickland anchors the offensive line. Chin-Young concedes that the defense needs work. He'll count on Joshua Edwards, Steven Olvera and Raymond Olvera to be the cogs. That trio was in on a total of 241 tackles in 11 games.

Coach Kanavis McGhee, a five-year NFL veteran, has a star in QB Anthony Brown (1,981 passing yards., 26 pass TDs in 2019). RB Vernon Mosley (286 yards) is poised for a breakout year, along with versatile talent John Foster (472 rush yards, 7 TDs, 5 INTs). Finding where to play Foster will be the only challenge. Pick your poison.

One more win in 2019 would've meant a break-even season for coach Spiro Amarantos and his Yellowjackets. Galena Park hasn't reached the playoffs since 2010, so the Jackets will playing different district foes after UIL realignment provide better odds of reaching the postseason. Amarion Kelly and his 4.5 speed are as important to the Jackets' chances as Brown is to Sterling's. Playing QB and RB in 2019, he ran for 1,418 yards and scored 15 TDs. He'll play both ways and the Jackets' defense goes as edge-rushing DE Brice Hernandez (3-year starter) goes.

Coach Michael Porter's Panthers are another HISD team in this district who'd just like to experience a winning season. They might. QB Ronald Holmes is a flat-out stud who can dominate a game himself. It would be fun to see him in a playoff game. At 6-foot-2, 210-pounds with 4.5 speed, Holmes produced 4,061 yards running and passing and threw for 28 TDs and ran for 15 more. In 10 games, he was the Offensive Player of the Year in a district that included Devon Achane. Holmes won the award legitimately. Other names to take note of on this team include OL Russell Doggett, WR/CB Devondre Moore and G/DT Jontae Winn.

The 2019 finale hurt coach Shawn Narcisse and his Marlins, falling 68-0 to FB Marshall. Prior to the game, Narcisse talked about new buildings on Madison's campus as a metaphor for restoring the football program to its former glory – and who could forget Vince Young in the Madison powder blue and red? With Houston ISD's open enrollment and fresh infrastructure to attract more students, Narcisse foresees a rebirth. He's got 10 starters back, and the bell-cow is RB Avant Porter. WR Chris Palmer is as fast as Porter and caught five touchdowns. As a freshman last year, Chase Devaughn displayed huge talent. If Narcisse's renaissance dreams come true, a developing Devaughn might be one of the reasons why.

The Austin Mustangs led by coach Kody Brinson are also newcomers to this district. The last three seasons they've missed the playoffs. Half the starters are back from a 2-8 team and they'll load up for 2020 with determined leaders. Speedy, 5-foot-9 RB Michael Mata racked up 1,050 all-purpose yards and scored six touchdowns, while DE Walter Ward also played big in 2019 – logging five tackles-for-loss and three sacks.

For Waltrip, the bulk of the experienced players coming back are the big boys. The offensive and defensive fronts are units coach Jeremy Kirt can count on as known quantities. DL Jacob Escobedo, LBs Joseph Amaya and Adam Granado, and offensive linemen Dalton Lang and Matthew Pico (both three-year starters) have something in common -- they weren't blessed with great size, but they can play. Many of the Rams' most important players in 2020 will be sophomores, like their talented QB Jared Sutton.

None of 11-5A-DII's HISD teams had a winning overall record in 2019. It was the second straight "failure to launch" year for the winless Apollos. In his first year, there's nowhere for new coach Cirilo Ojeda's club to go but up. He worked toward his first head job in a quality program at Clear Springs. Sharpstown's a one-platoon team due to lack of depth. Two-way players Ojeda will count on the most are Kashala Kapyamba (WR/CB), Kenyon Watts (OL/DL) and Fechal Koudiati (TE/DE). We'll name one more for good fortune's sake -- Luckyboy Collins (RB/LB).