Power restored after outage impacted over 1,000 customers in Spring area

Houston mom of 2 evicted while waiting for rental relief money

But VYPE has still done what we have always done when it comes to previewing Texas high school football here in Houston. With that said - here is the District 10-5A-I Preview! 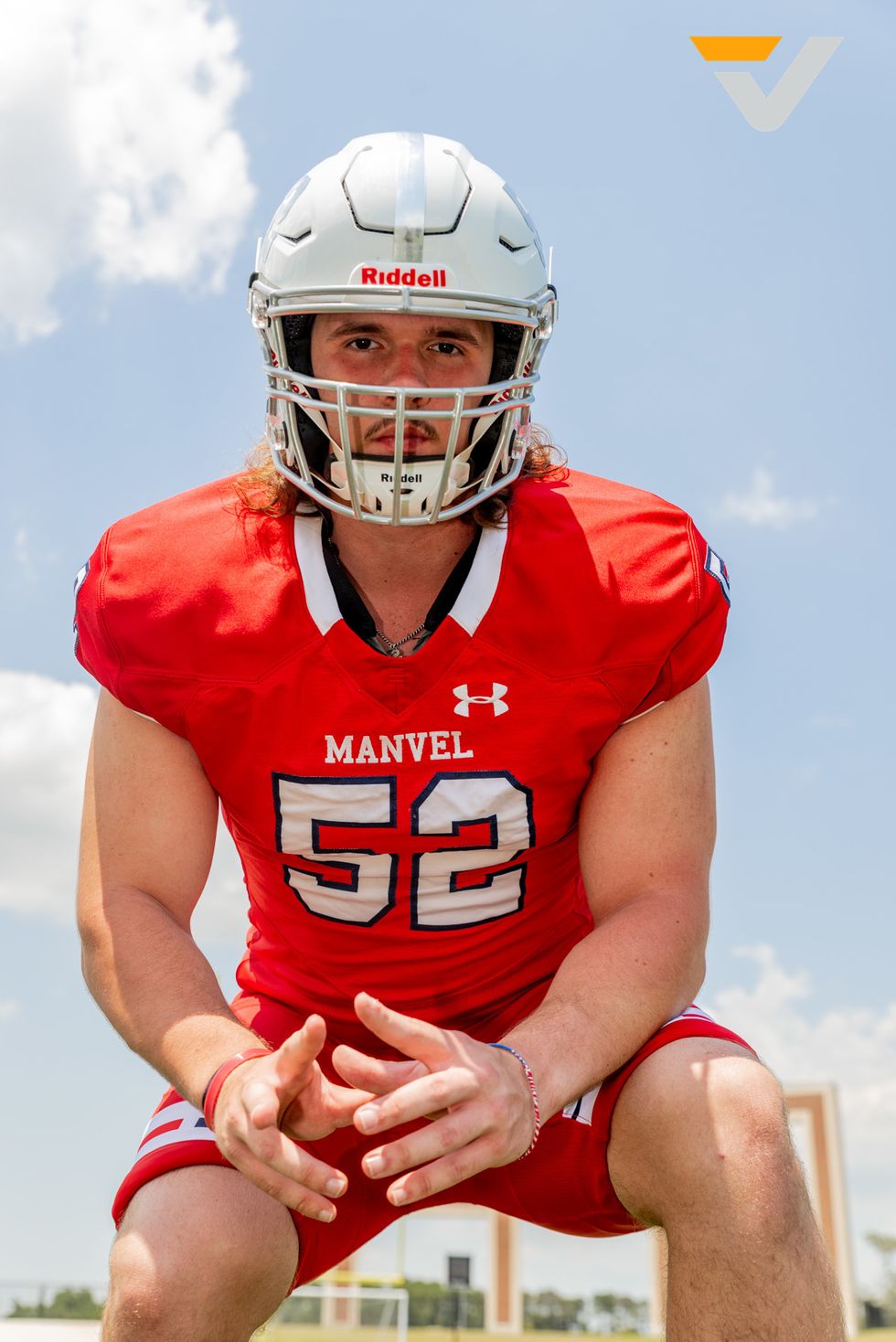 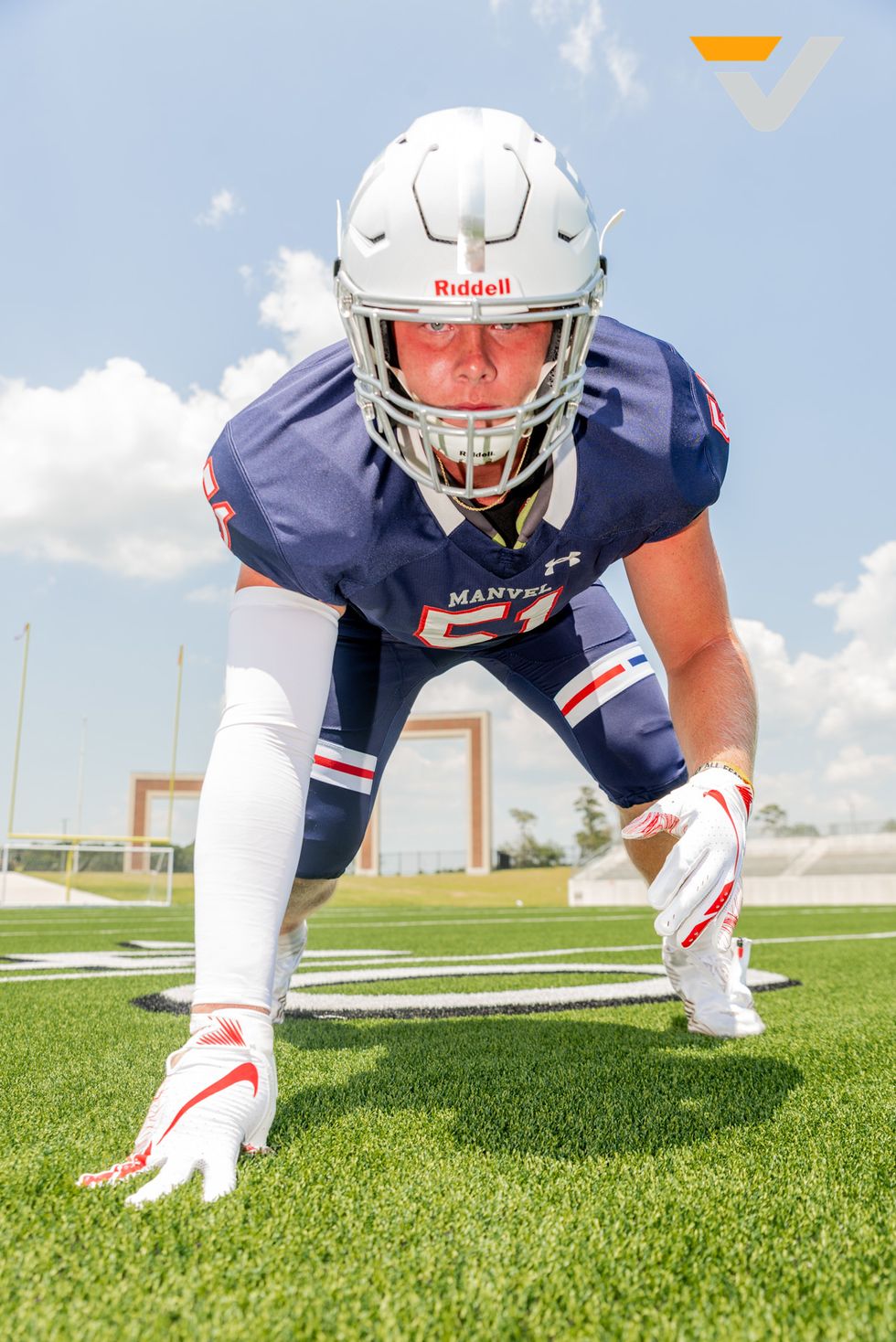 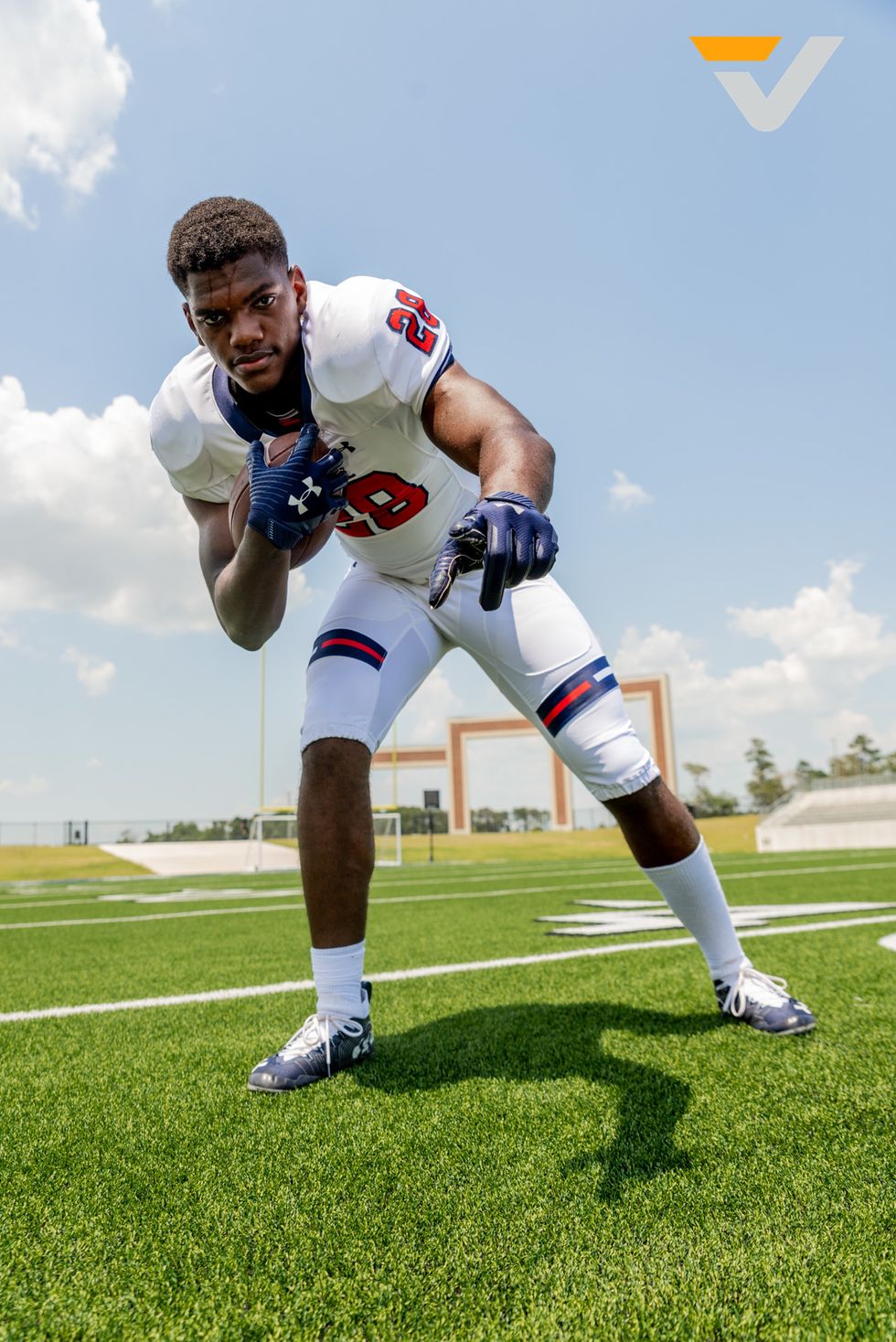 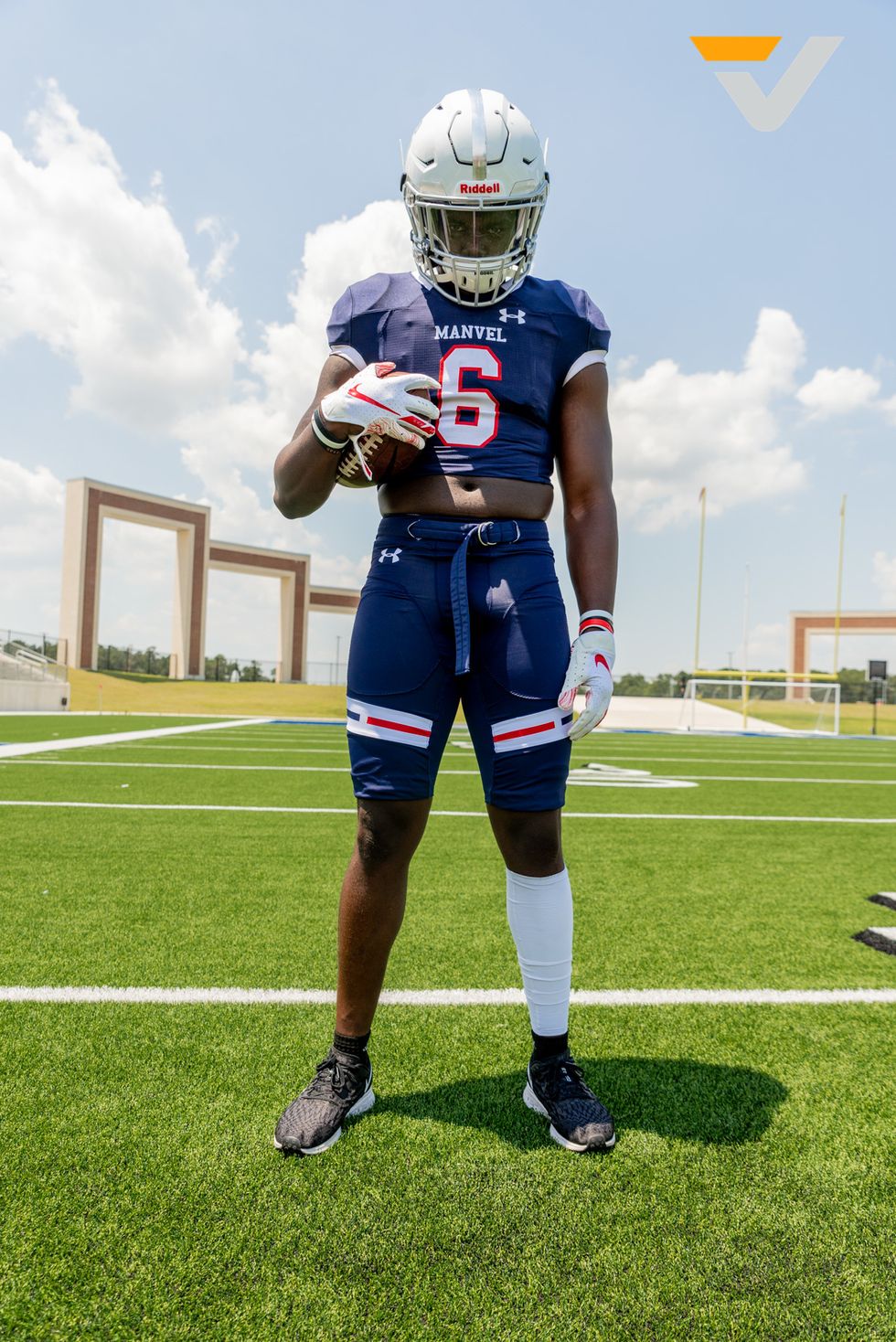 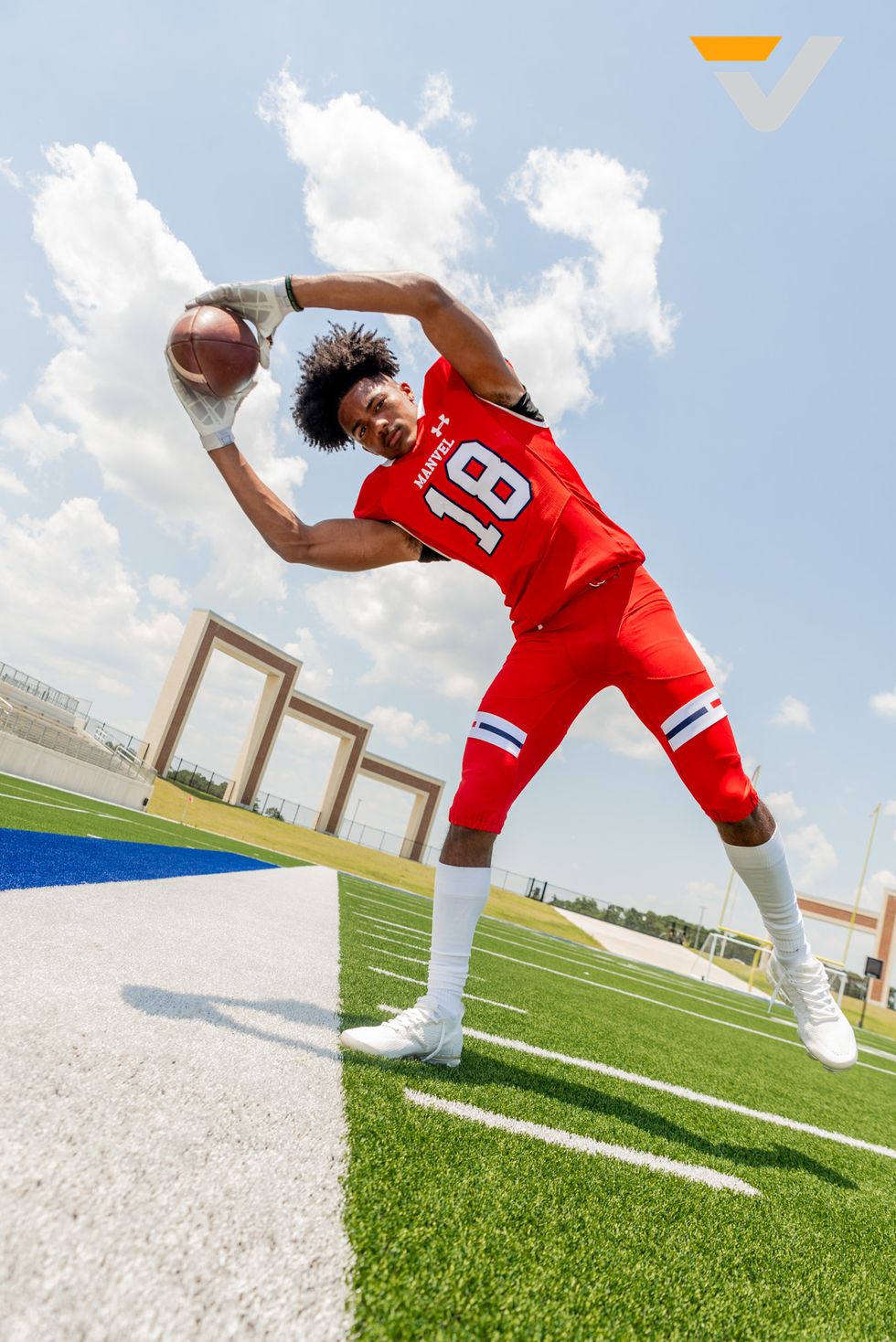 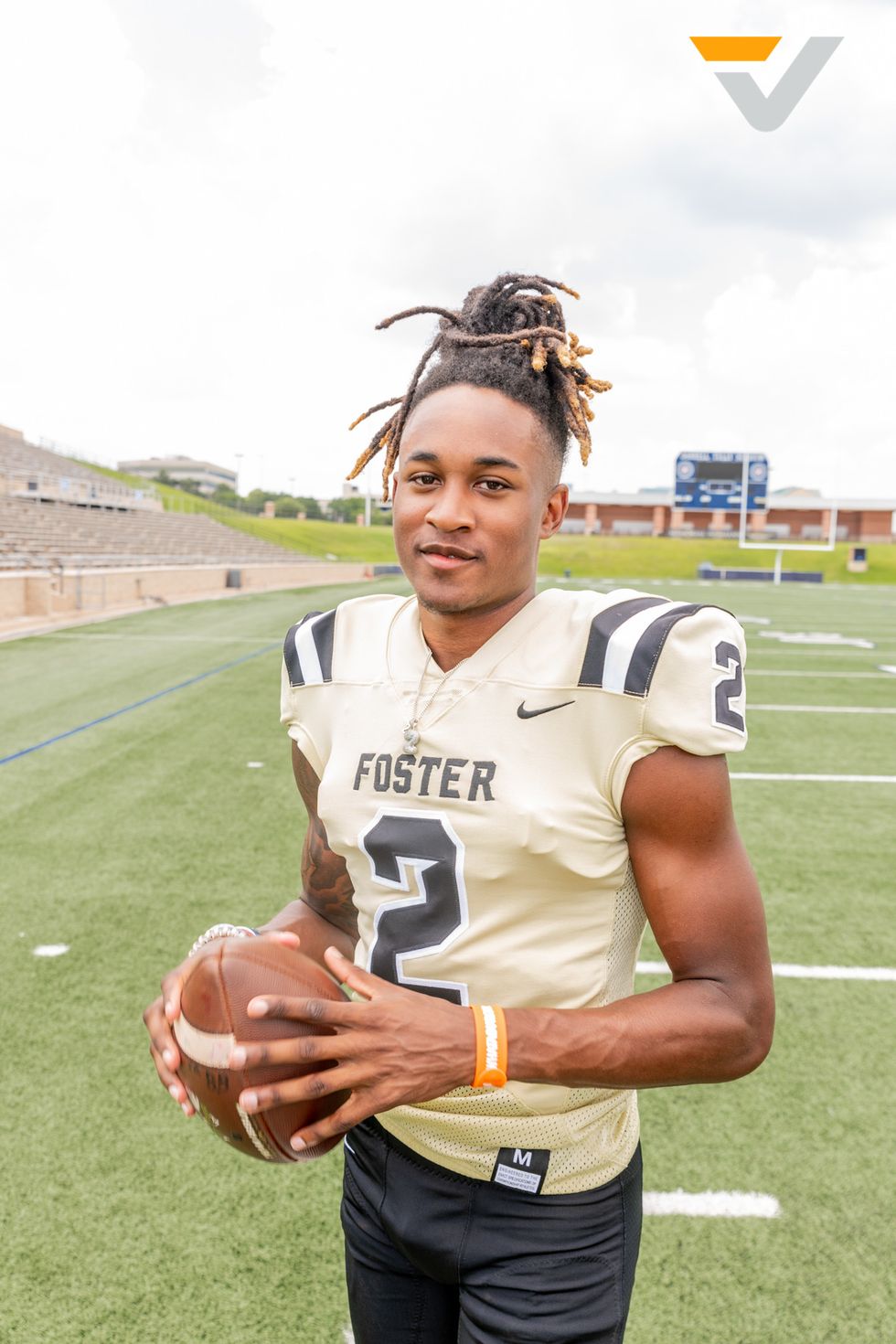 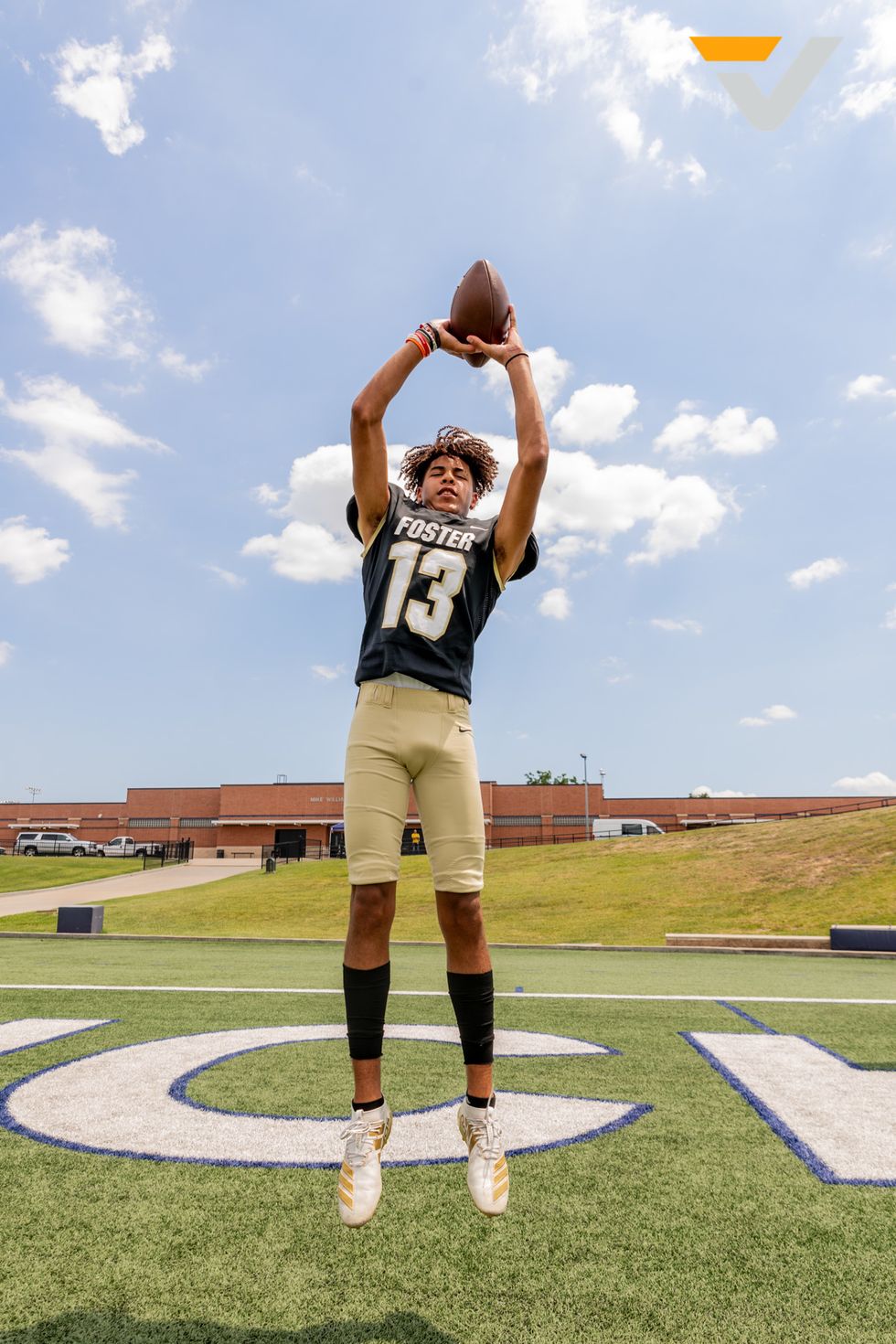 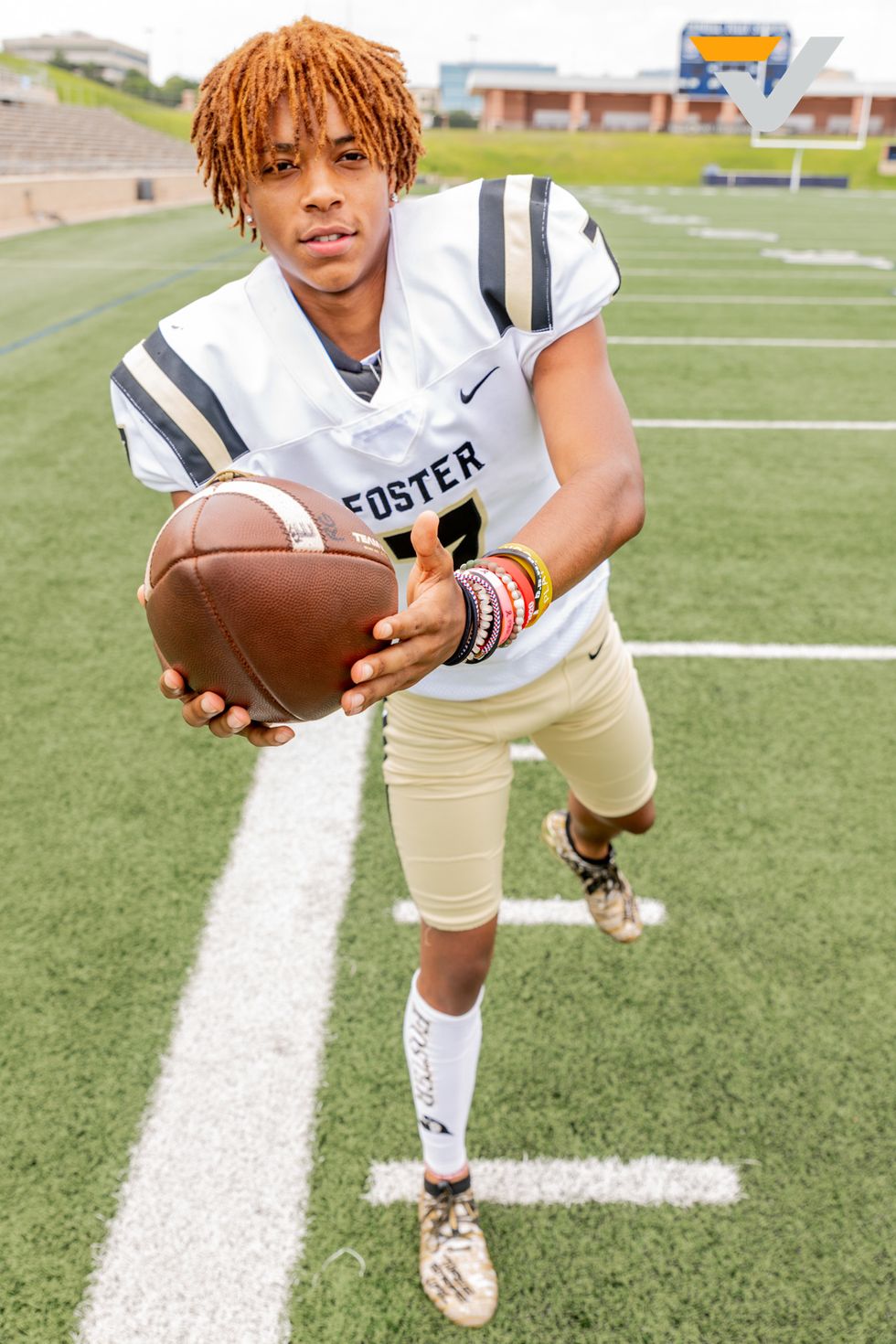 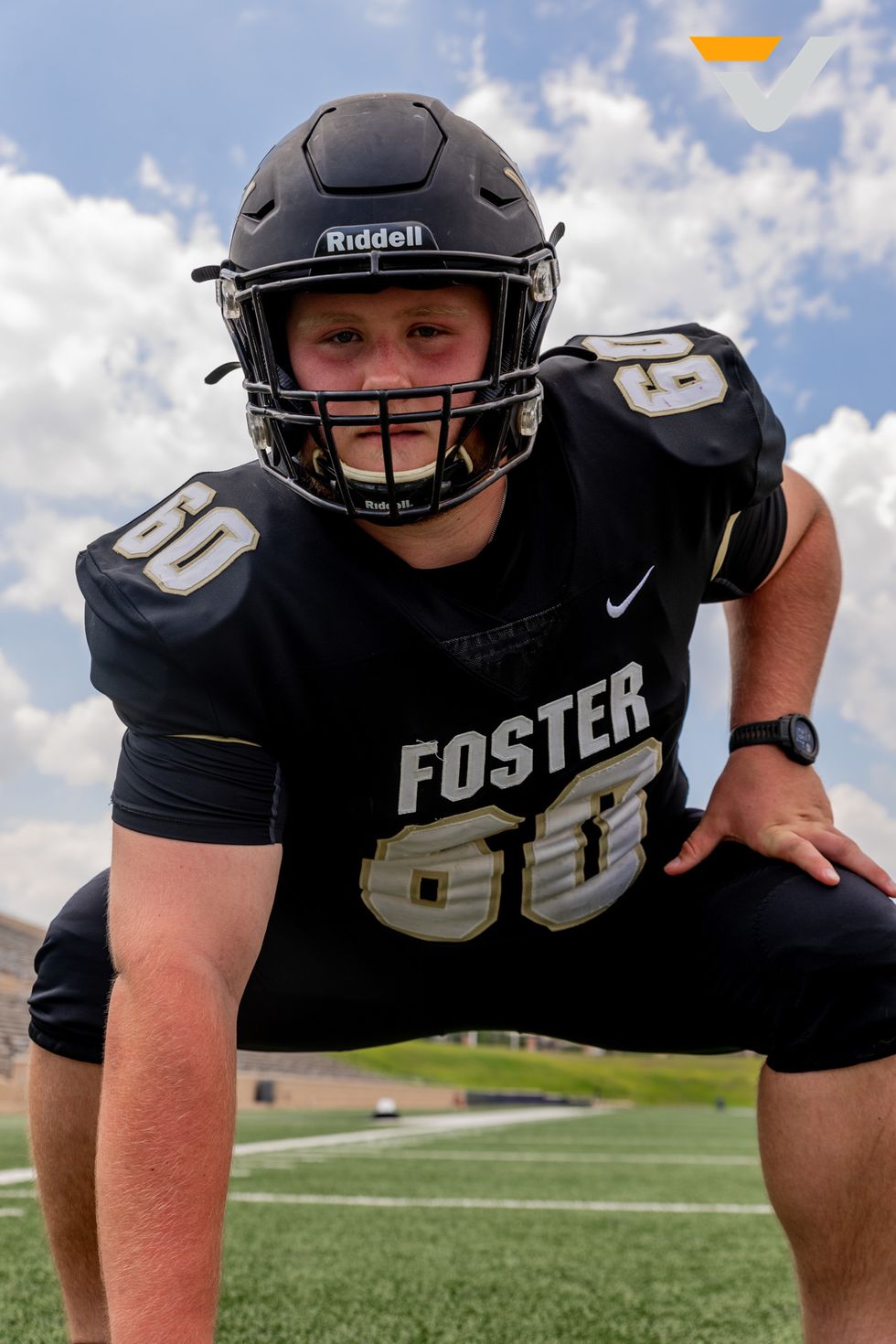 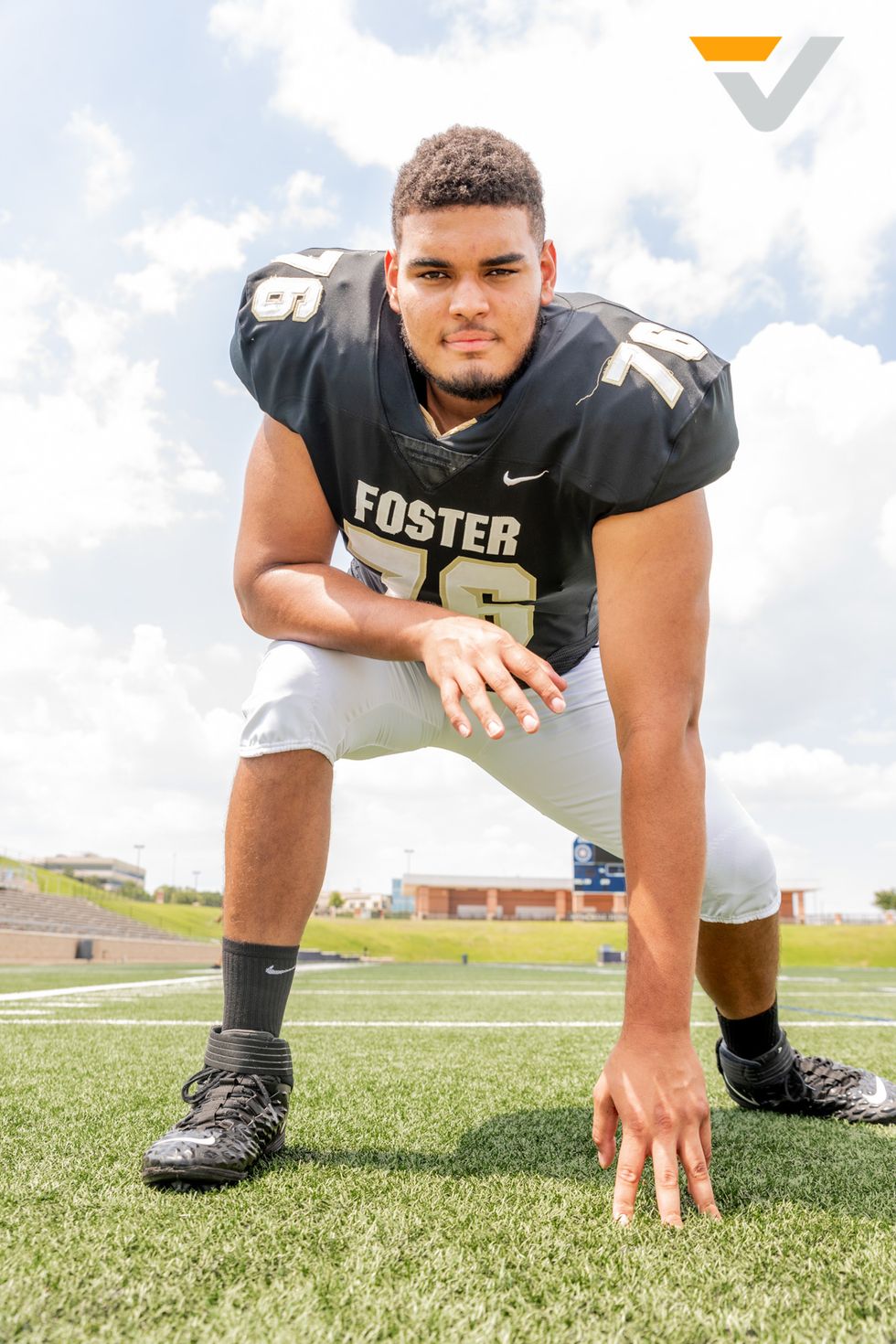 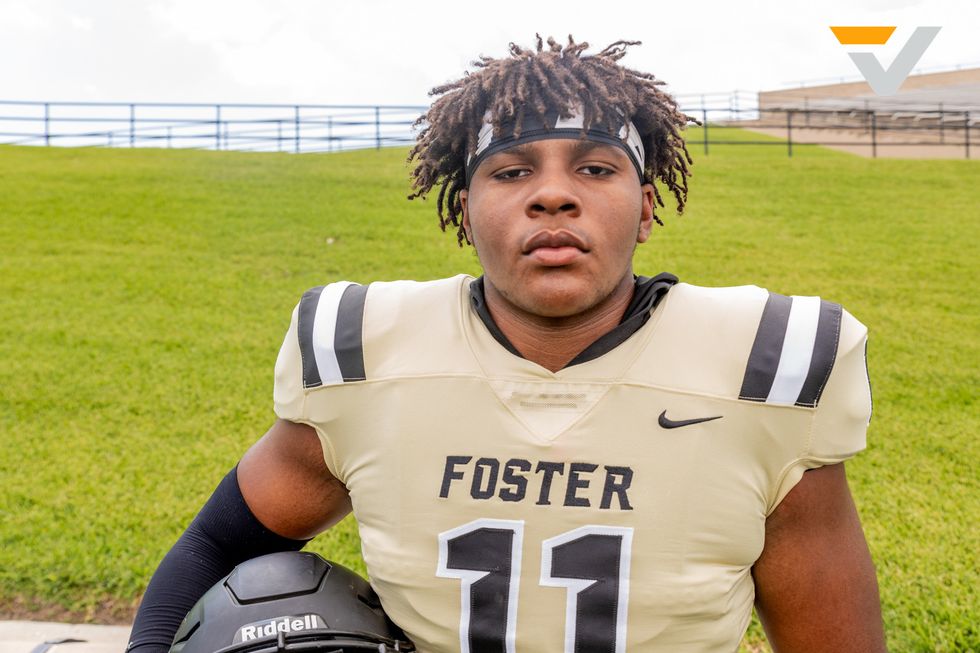 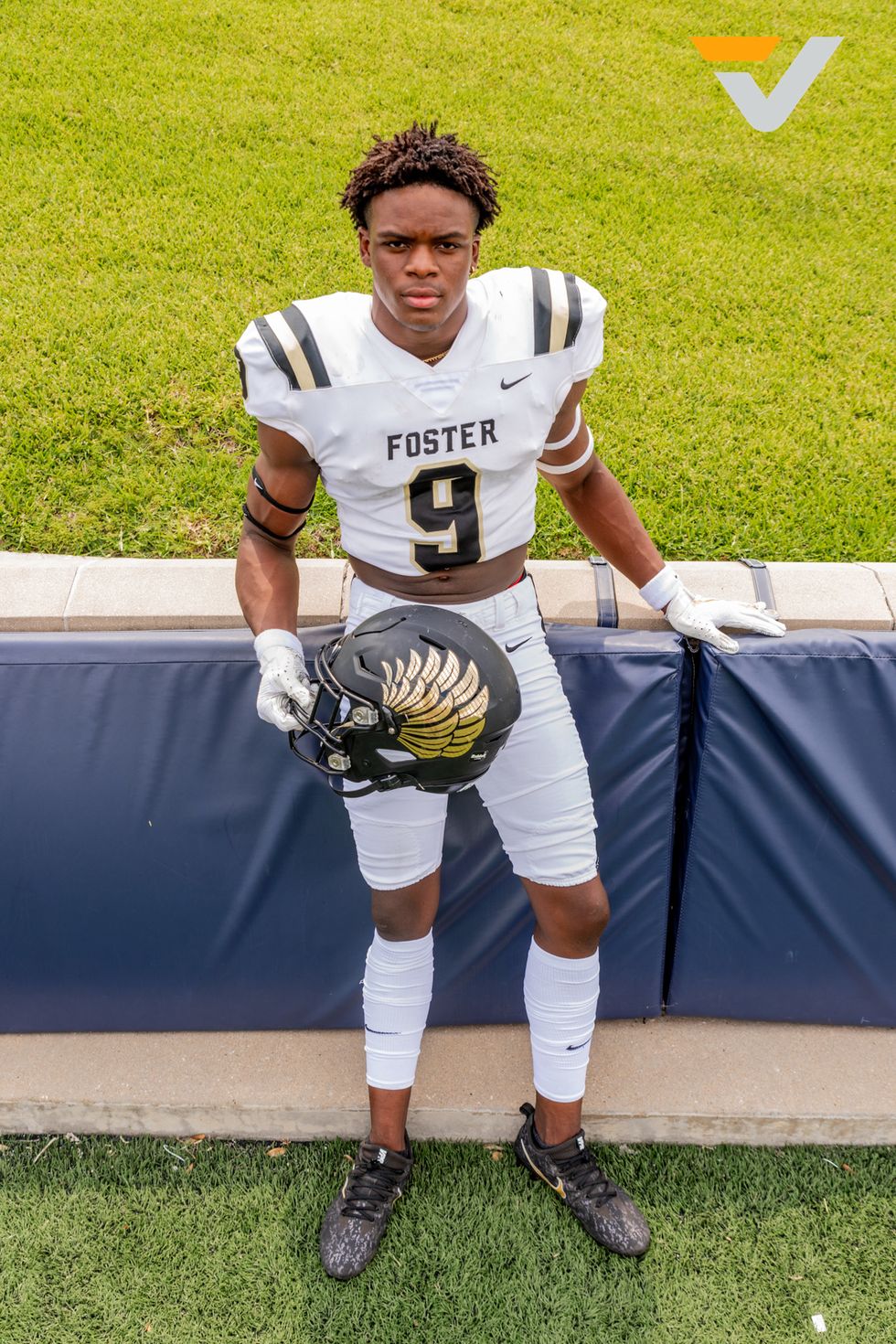 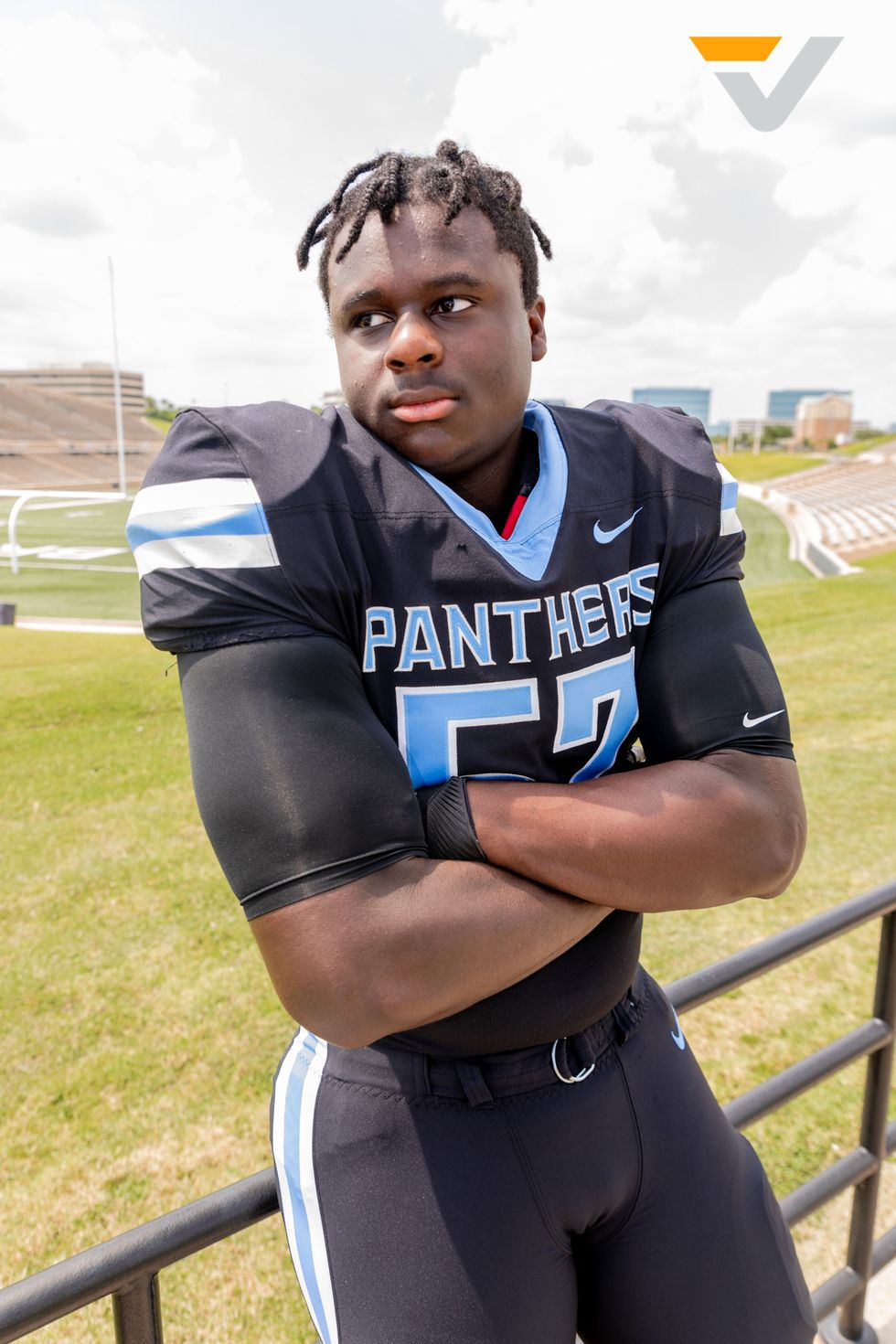 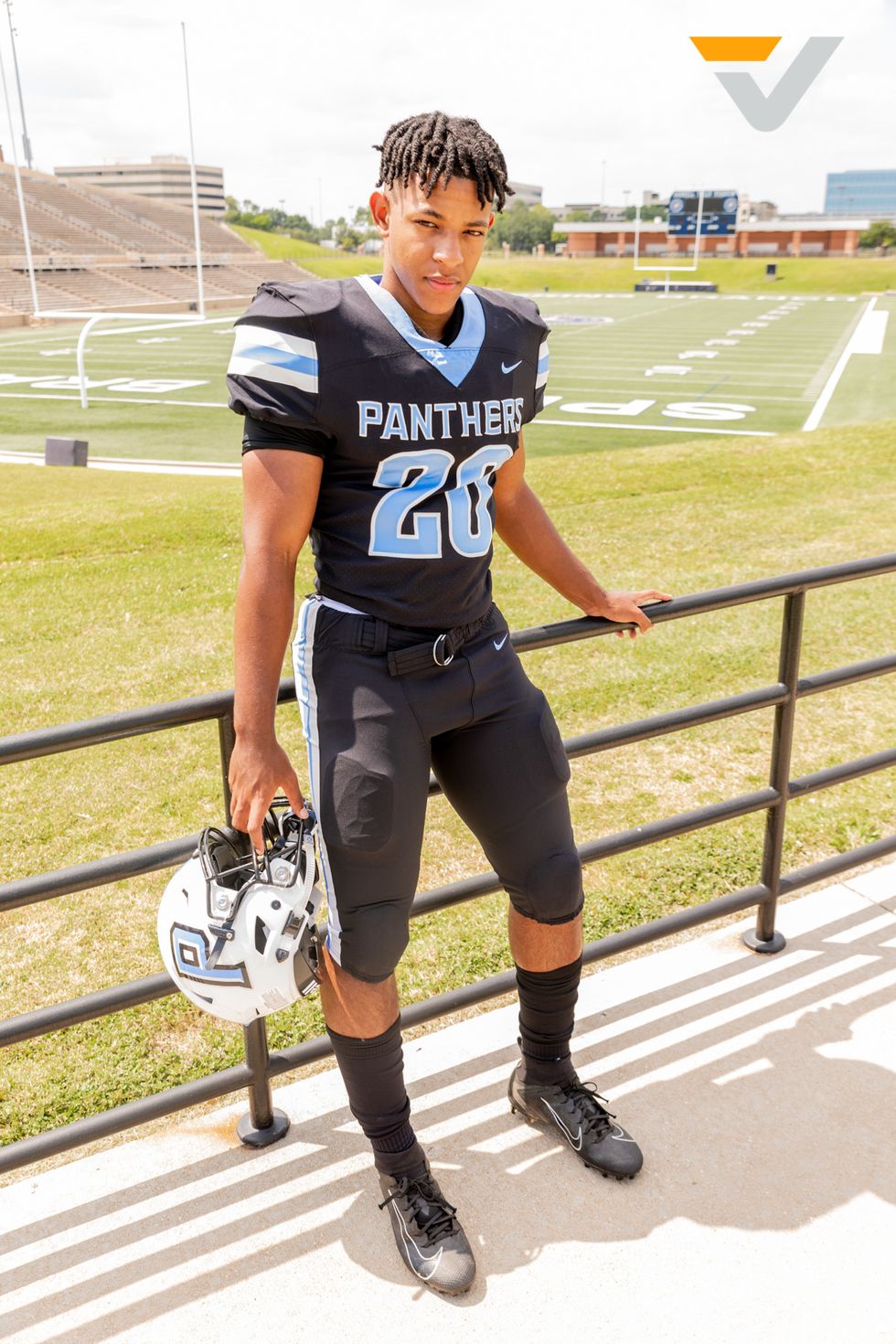 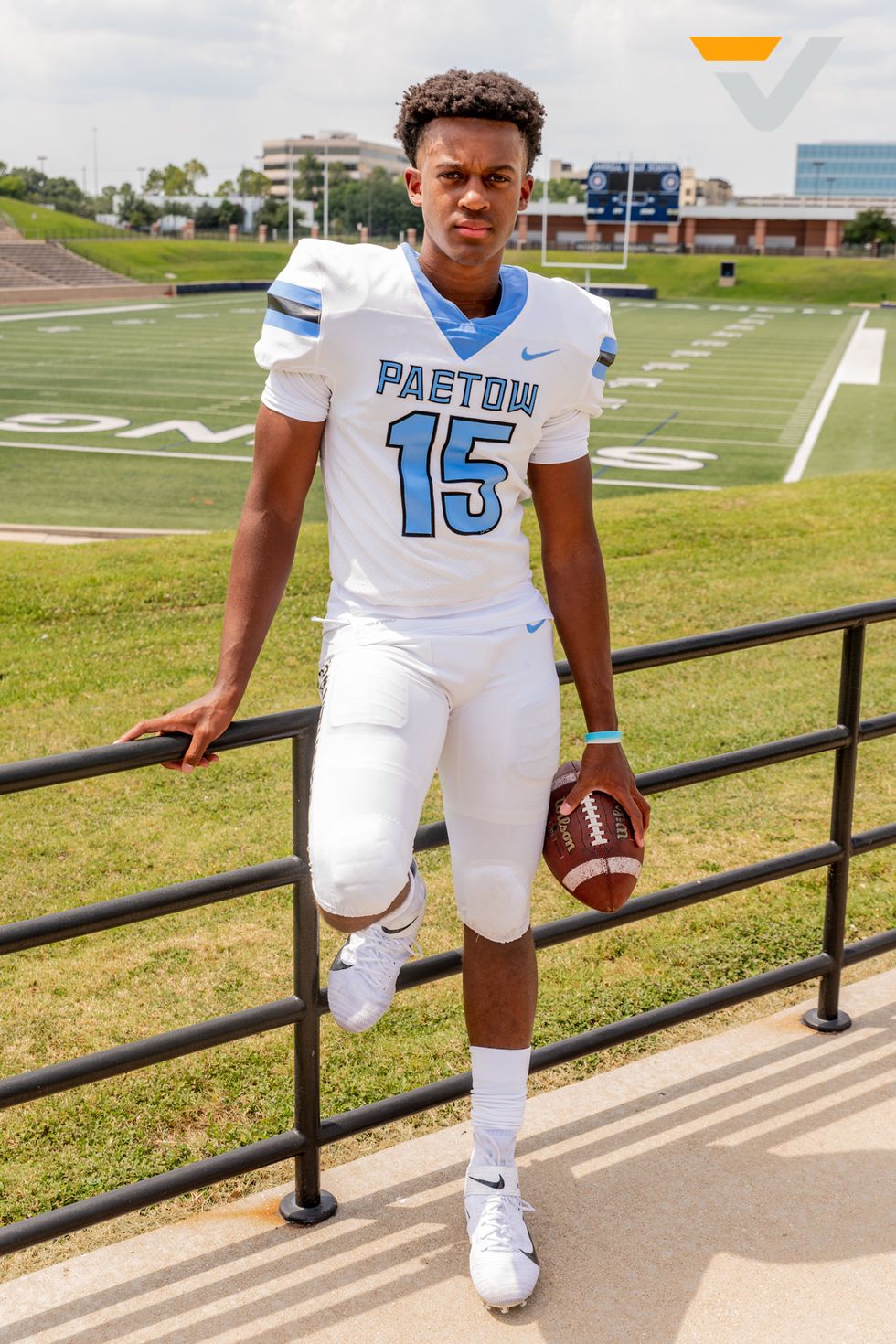 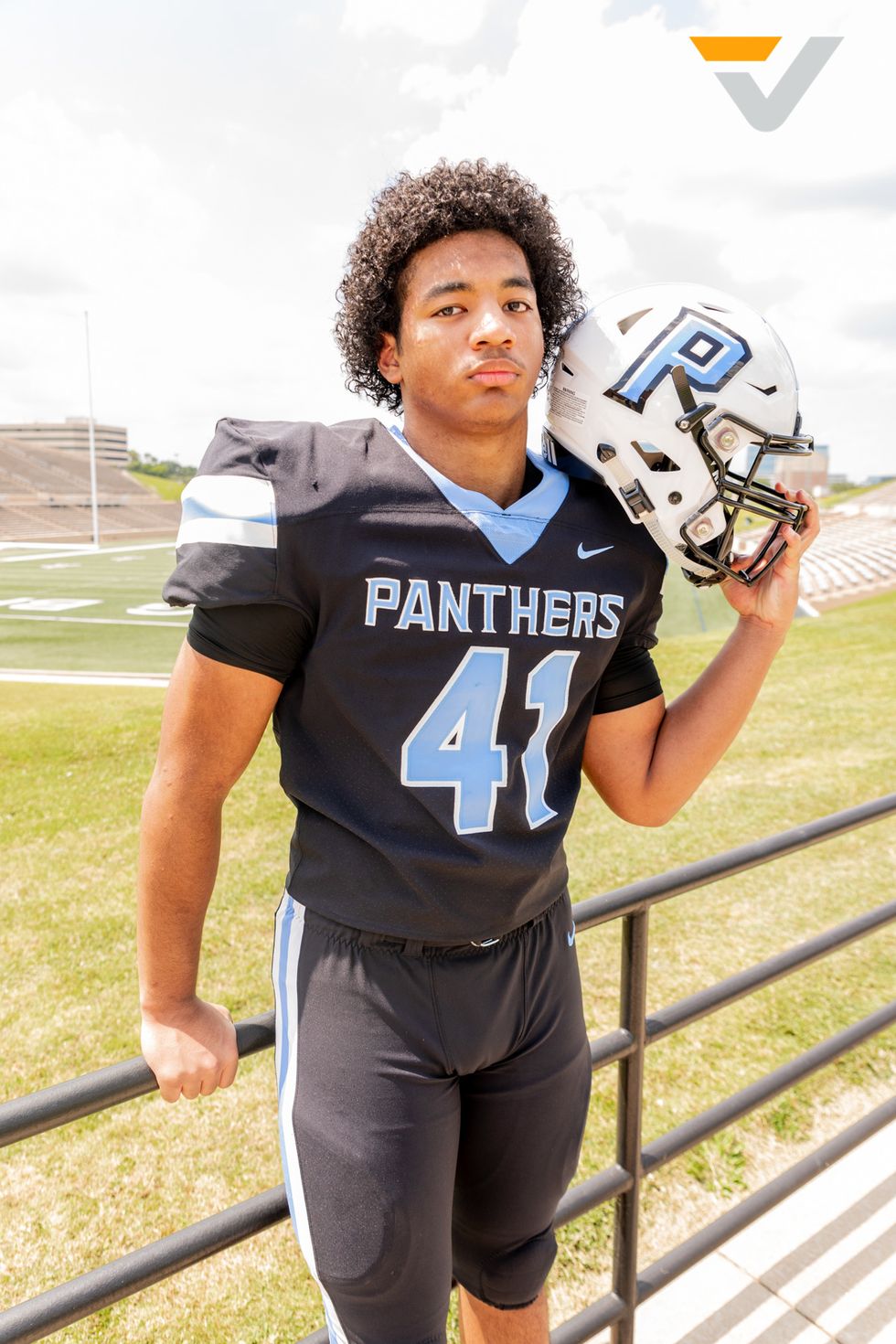 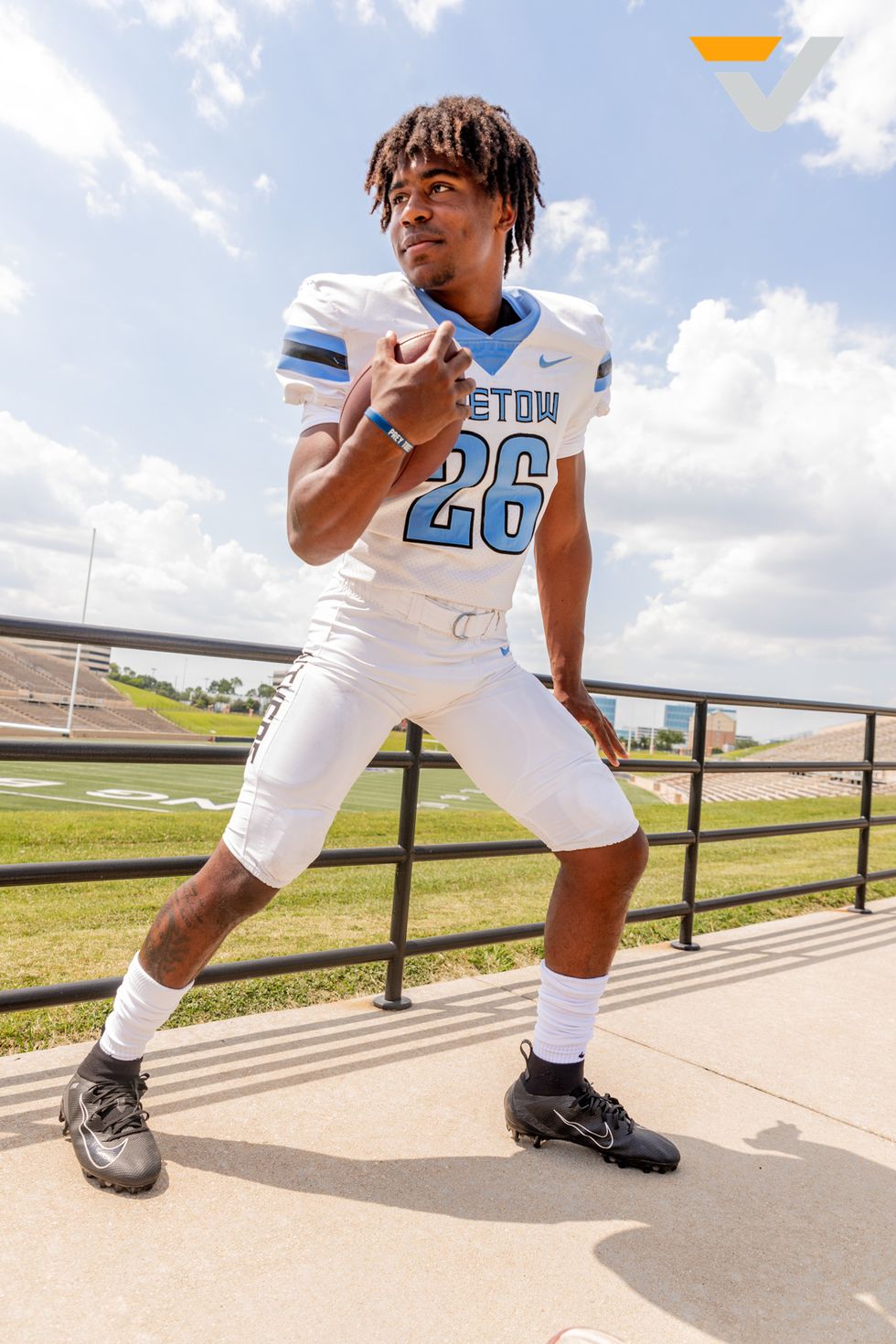 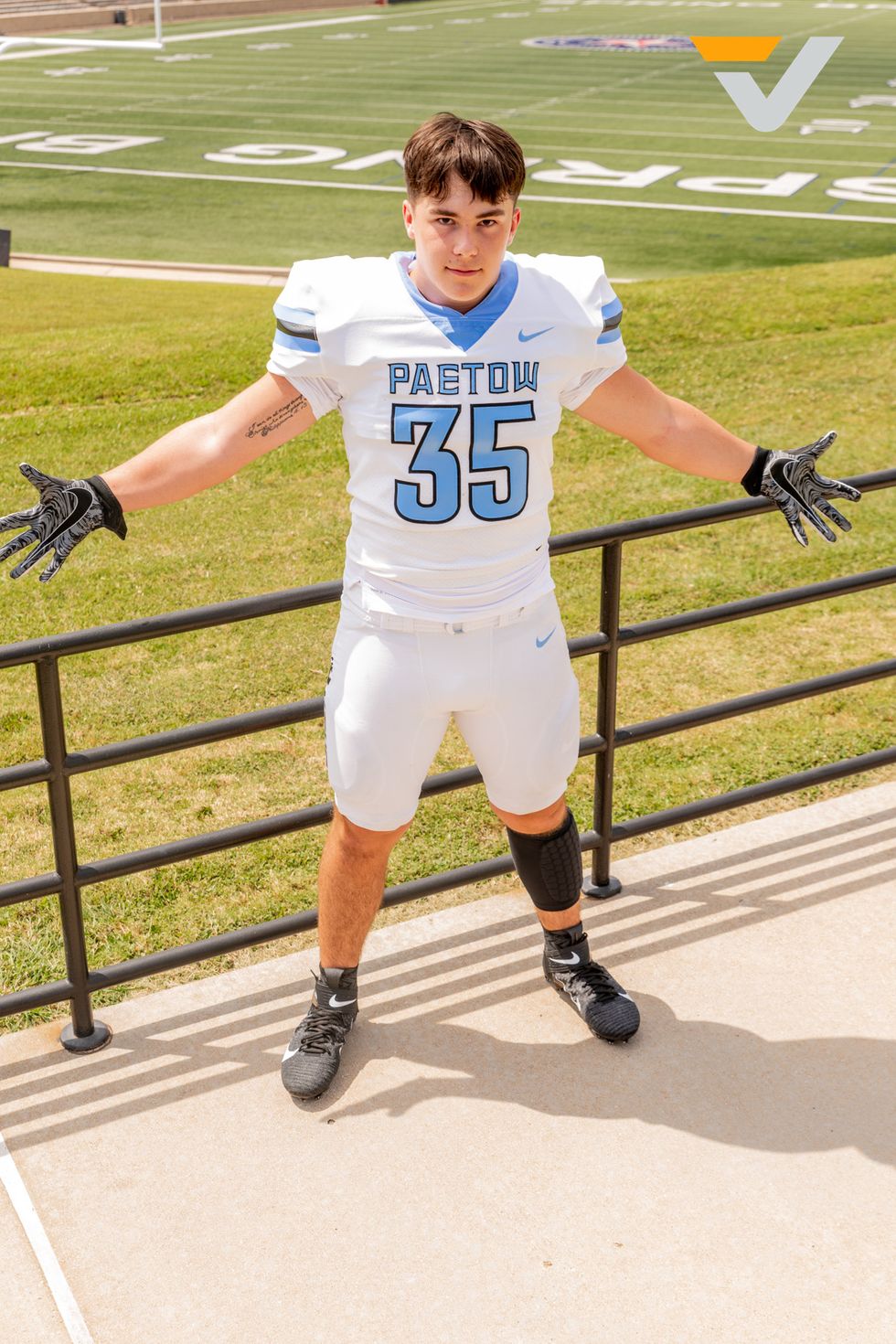 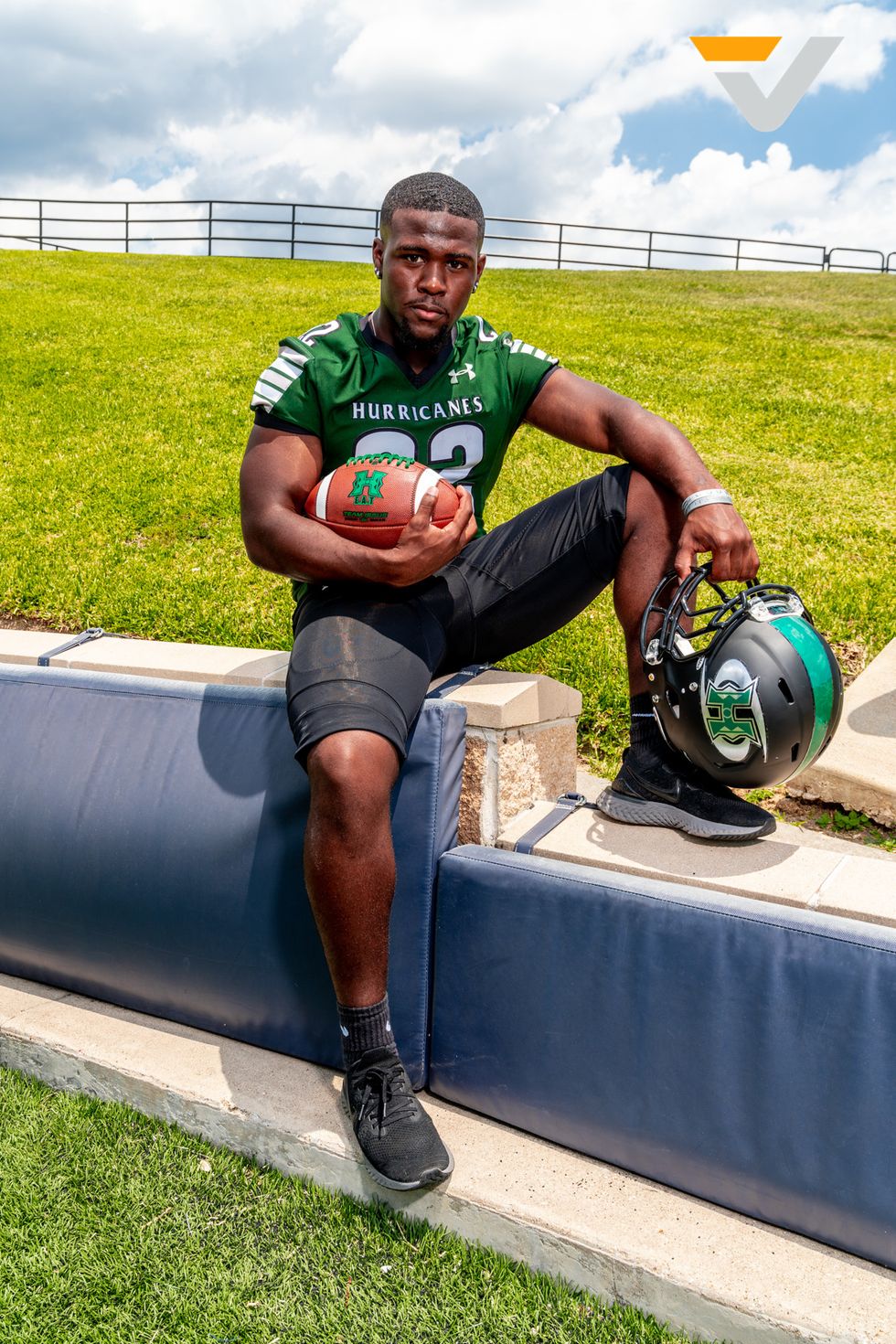 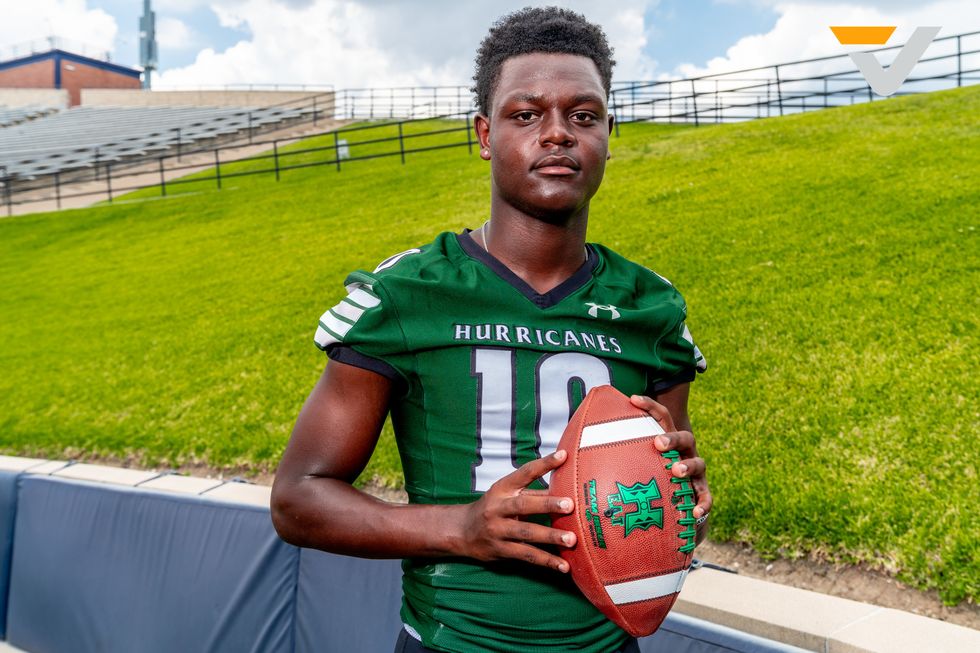 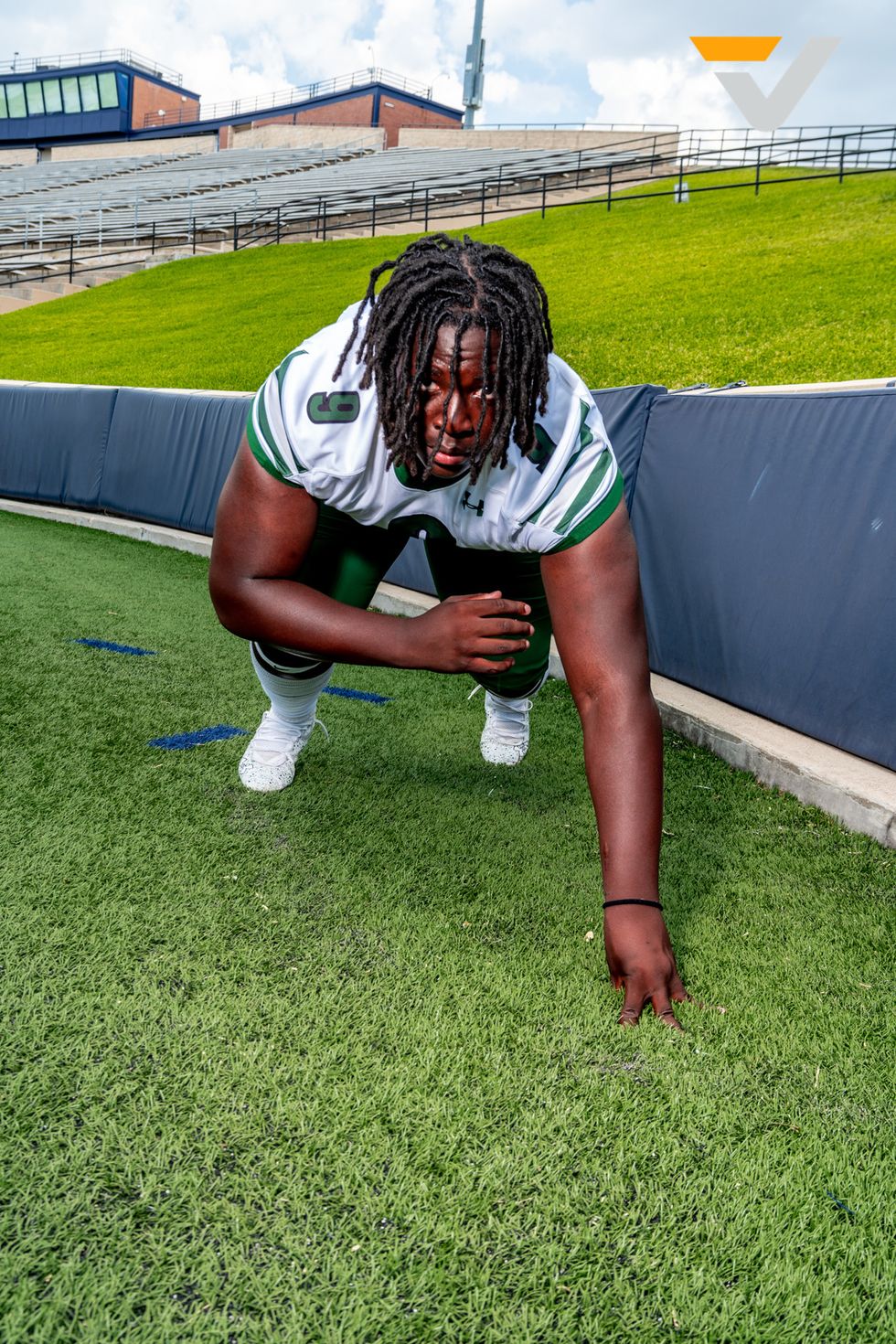 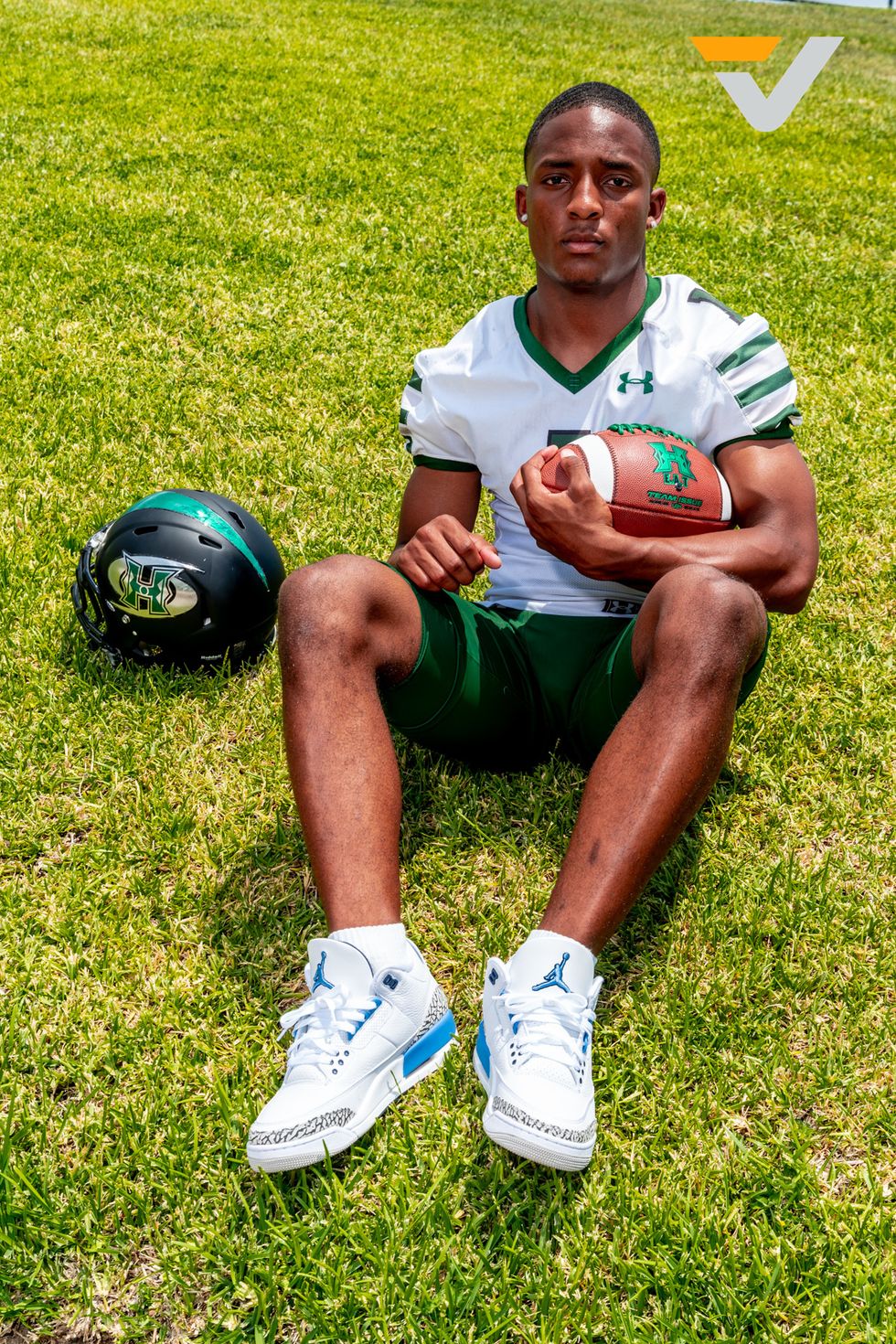 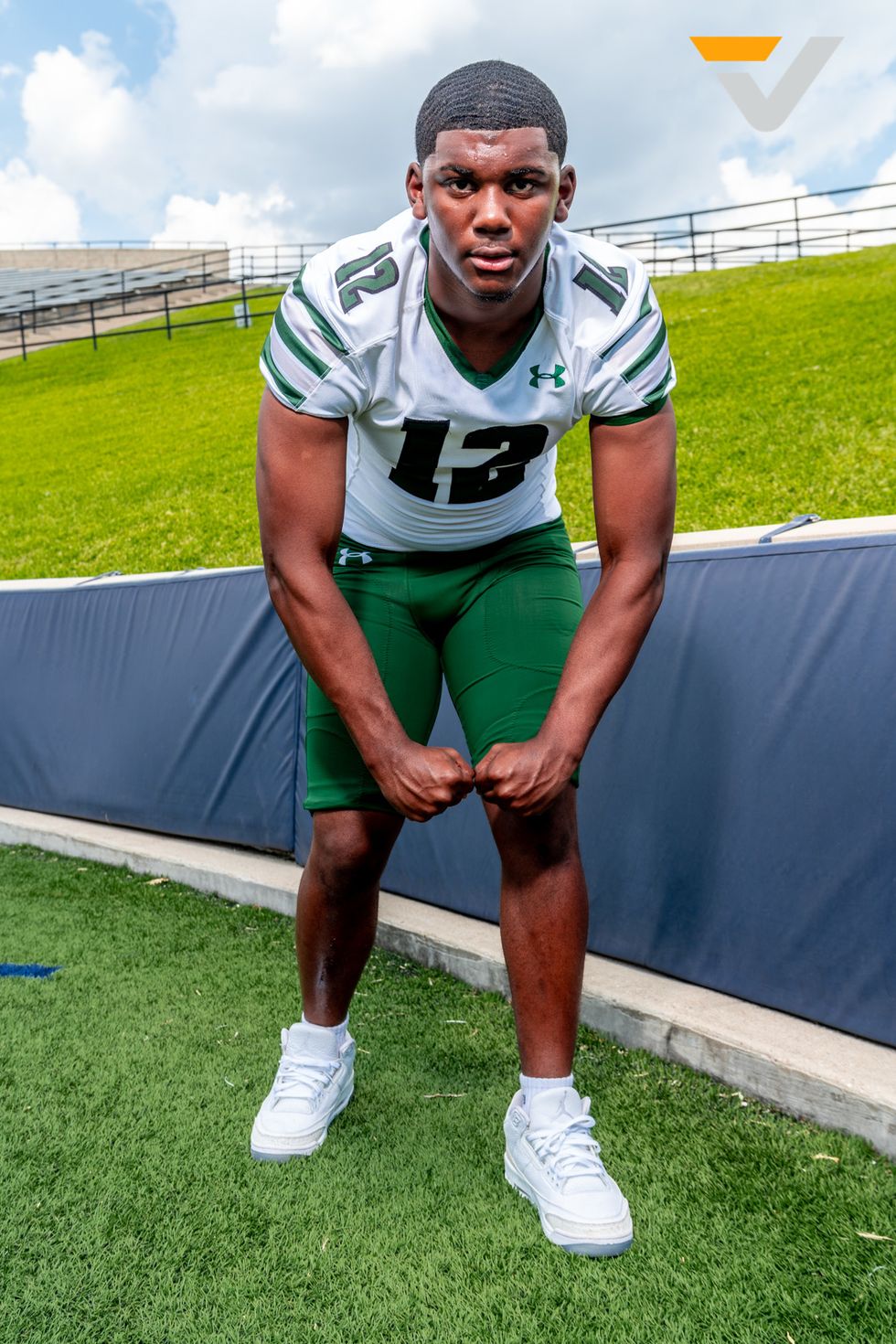 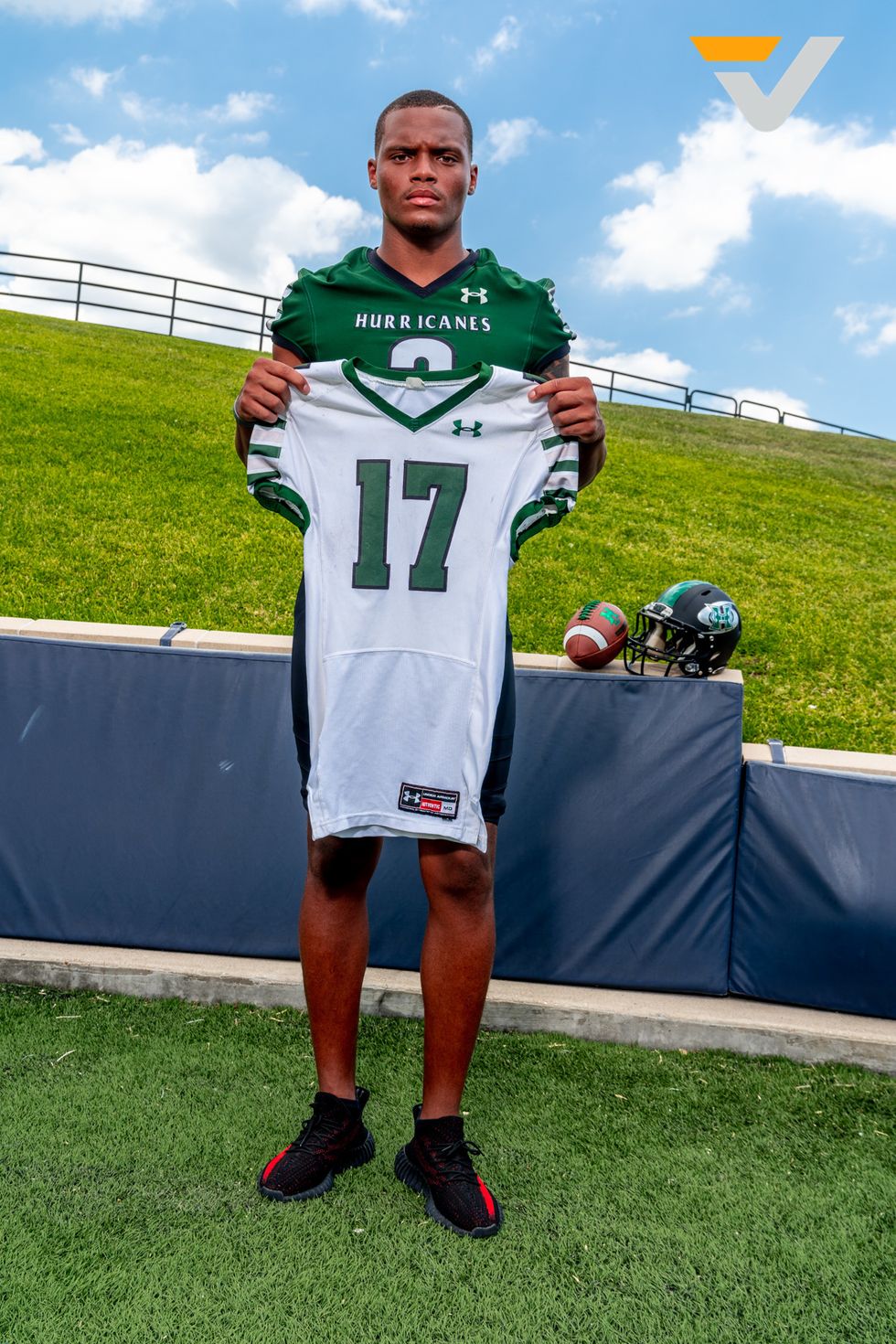 THIS DISTRICT IS WOW. WHAT'S NOT TO BE EXCITED ABOUT? MANVEL WENT FOUR ROUNDS DEEP IN THE PLAYOFFS LAST YEAR. FOSTER WENT THREE ROUNDS DEEP. HIGHTOWER WON A PLAYOFF GAME. PAETOW AND ANGLETON ARE LOOMING THREATS. DISTRICT 10-5A, DIVISION I, MAY BE THE MOST LOADED DISTRICT IN ALL OF CLASS 5A IN THE GREATER HOUSTON AREA BECAUSE OF THE PLETHORA OF FIREPOWER.

The Mavs return only five starters from a 13-1 regional finalist. RB Jordon Vaughn (556 yards, 11 TDs) and RB De'monte' Seymour (426 yards, 7 TDs) have what it takes to pick up where Donovan Eaglin left off. For good measure, senior WRs Jalen Walthall(764 yards, 13 TDs) and Zion Johnkins (358 yards, 3 TDs), and junior WR Malachi McLean (353 yards, 3 TDs) bring perimeter speed, depth and an uncanny knack for finding the end zone. Gabriel Larry, a 6-foot-2 QB, has moved in from Louisiana and could be Tucker Yarbrough's replacement. Larry can spin it down the field and also run for yardage. Offensive linemen Hunter Schroeder and Jaden Edmonson will protect him. Speaking of the trenches, the front will be the defensive strength for Manvel, thanks to J.P. Deeter and Josh Kennard (4 tackles for a loss, 3 sacks, blocked punt). Linebacker Justin Medlock had an outstanding debut as a sophomore last season, averaging 8.4 tackles per game to go with 3.5 sacks, five passes defensed and two fumble recoveries.

Foster boasts one of the top receivers in the nation and one of the top offensive linemen in the country. Not
too shabby. WR Cody Jackson (1,370 yards, 21 TDs) is headed toward being the program's next CeeDee Lamb. Like Lamb, Jackson is an Oklahoma-commit. Joining him on the national scale is 6-foot-8, 300-pound tackle Reuben Fatheree II (Texas A&M-commit), whose has unique athleticism and quickness to accommodate his size. Offensively, Foster will have to replace a key playmaking leader in quarterback Ryan Stubblefield (East Carolina). The top returning rusher is senior Xavier Smallwood, who totaled 213 yards and 4.6 yards per carry. Other players to watch on offense are wide receivers DeAndre Chandler and Ethan Newton and offensive lineman Mason Moore. The defense, though, will be enough as the Falcons work out their QB and RB situations. Five starters return on that side of the ball, led by Tyler Onyedim (65 total tackles, 15 for a loss) and LB Udoka Ezeani (33 tackles, 8 for a loss). DB Justice Ugochuckwu is also someone to keep an eye on.

Paetow moves up to Class 5A-Division I after making the playoffs in 5A-DII in just its second year of varsity football last season. The Panthers won eight games and were in the district title race up until the final week of the season. Thirteen starters (seven offense, six defense) return, making Paetow a potential darkhorse in the 10-5A-DI, title race. Senior RB Damon Bankston (1,097 yards rushing, 286 yards receiving, 12 total TDs) is a versatile speedster that produces anywhere you put him on the field and has a natural flair for finding the end zone. He provides a perfect dynamic with blossoming junior QB C.J. Dumas Jr. (1,248 yards, 23 touchdowns, five interceptions). Senior FB Randle Kelley is invaluable with his blocking and short-yardage efficiency. Defensively, the Panthers have a dominant front with senior end Agumba Otuonye (18 tackles for loss, 3 sacks) and senior tackle Andrew Rutherford (61 total tackles, 5 sacks). Junior DB Michael Jordan could be in line for a breakout year. Also watch for FS Carl Simon and MLB Christian Tibbetts.

The Hurricanes return 11 starters (seven offense, four defense) from last year's 6-5 team. Senior 6-foot-4, 215-pounds WR and Nebraska-commit Latrell Neville (315 receiving yards, 6 TDs; 174 rushing yards, 3 TDs) is the face of an offense that has the potential to be special. Senior RB Charles Shelling takes over in the backfield, and the quarterback position is senior Jakolby Longino's for the taking. Longino is committed to UTEP. Defensively, there are more holes than on offense, but the Hurricanes have strong footing up front in senior end Jacob Williams and senior tackle Kadarion Johnson. Also watch for OLB Keith Fountain Jr. and S Kalon Smith. While coach Sam Joseph, entering his second year at the helm of the team and is optimistic his team can build on the process and culture that was established last season. This team will be playing for Trey Thomas this year, who was tragically lost in the offseason. He would have been a senior.

The Wildcats return nine starters (five offense, four defense) from a 6-3 team. While Angleton will be young, coach Jason Brittain is encouraged with his team's toughness. Angleton has uncertainty at quarterback and receiver, but in its Wing-T scheme the good news is it has an identity in its running game with senior RB JT Anderson, who rushed for 505 yards and six touchdowns. Also, keep an eye on senior Kheri Humphrey, a two-way standout who could also make some noise in the backfield. Junior QB Jordan Pickett figures to take over the reins under center. Defensively, senior S Anthony Jackson, who will also see time at receiver, and senior LB Kaydon Dozier lead the way. Watch out for senior LB Daniel Duran and versatile sophomore Myalek Woods.

The Cougars drop a class to 5A from 6A. Kempner returns 13 starters (seven offense, six defense) from last year's 5-5 team. For the Cougars' throwback Flexbone offense, plenty is in the tank. Seniors Michael Ealy (297 yards, 2 TDs) and Parker Milligan (202 yards), and junior Harlon Tanner (170 yards in six games) bring experience and depth. Senior Joseph Trim, the biggest Cougar back at 6-feet and 180 pounds, also figures heavily into Kempner's running game. Considerable boons to the running game could be lineman T'Bias Jackson and RB Chibukem Ome, precocious sophomore playmakers. Ealy is also the quarterback, but Kempner does not throw much. Defensively, DE Tito Chikere and LB Robert Olaniyan pace the Cougars. Lack of quality depth concerns coach Darrin Andrus, but he likes the experience on both sides of the ball. Andrus' said the primary goal is to get back to the playoffs, where Kempner hasn't been since 2016.

Milby returns 14 starters from last year's 4-6 team. Coach Matthew Puente likes what he has at quarterback, running back and receiver. For the first time in four years, Milby has its starting quarterback returning along with other experienced skill positions. Senior Jonathan Smith (599 yards, 9 TDs) is the man under center and senior RB Dontrey Betts (409 yards, 4 TDs) makes things happen in space. Senior James Mitchell is a promising prospect at receiver. Senior TE Mathew Sanchez is a playmaker. Defensively, senior LB Roman Luviano (11 tackles for loss), junior CB Aaron Newsome and sophomore S Carlos Herrera make things happen. The trenches are a concern though, as the Buffaloes graduated seven between the offensive and defensive lines. There's some stalwarts in senior LT Damian Ruiz, a three-year starter, and sophomore DL Keshawn Cotton.

Wisdom has just five wins total since 2012, but this season brings about an intriguing number of playmaking prospects. Junior WR Souhail Zouidi has good size at 6-foot-1, 155-pounds, and had 368 yards and three touchdowns last season. QB Jaylon Domingeaux is a speedster and will play quarterback after playing primarily in the defensive secondary. Elisee Birhaswirwa is a versatile running back and linebacker, rushing for 235 yards and a pair of touchdowns last season to go with 33 total tackles. Defensively, defensive end Patrick Bukuru is the leader of an inexperienced unit.