Do you recognize him? HCSO searching for suspect caught stealing merchandise from west Houston convenience store

But VYPE has still done what we have always done when it comes to previewing Texas high school football here in Houston. Here is the District 21-6A Preview! 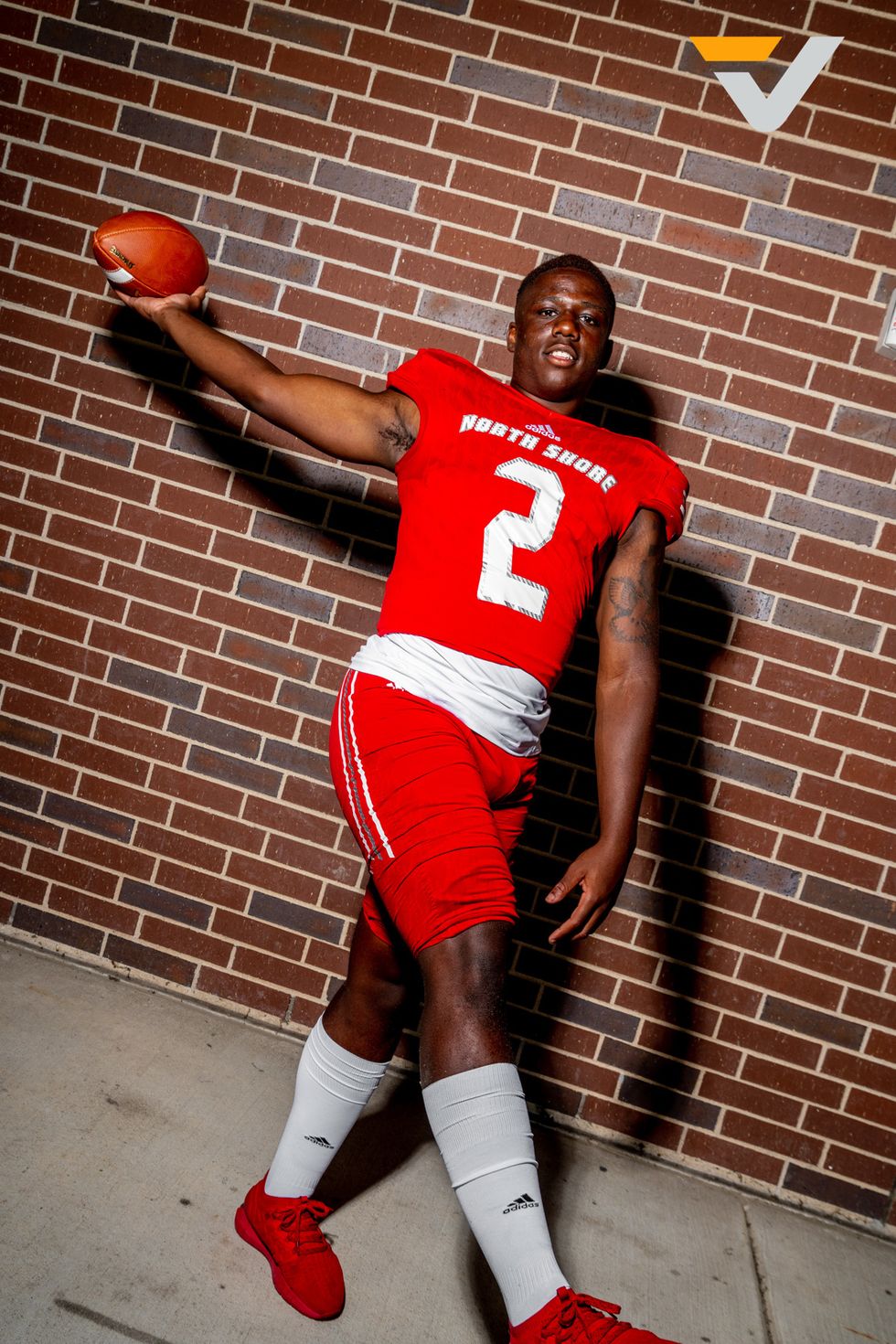 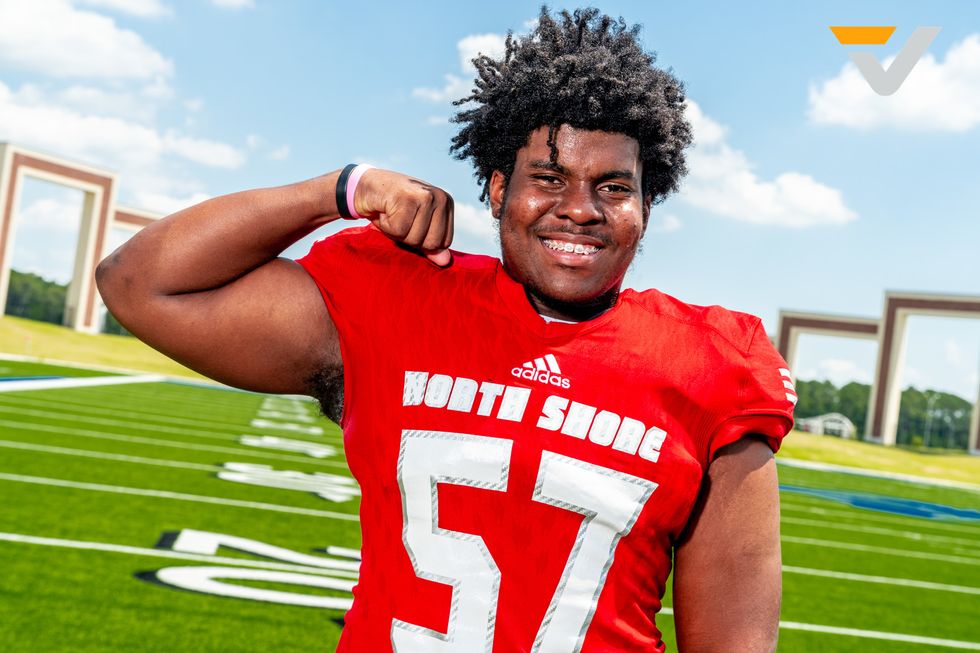 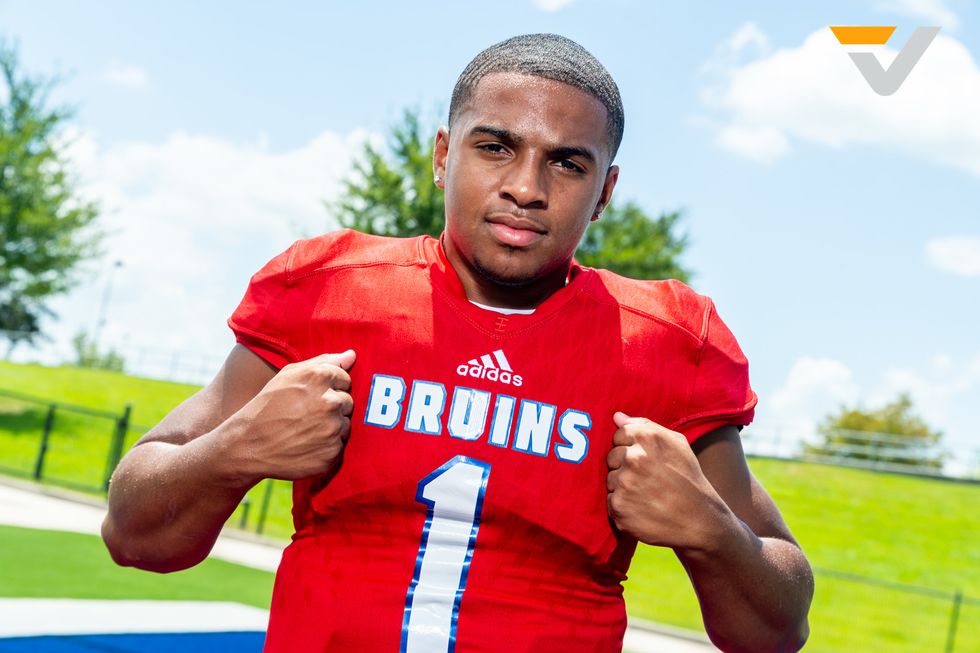 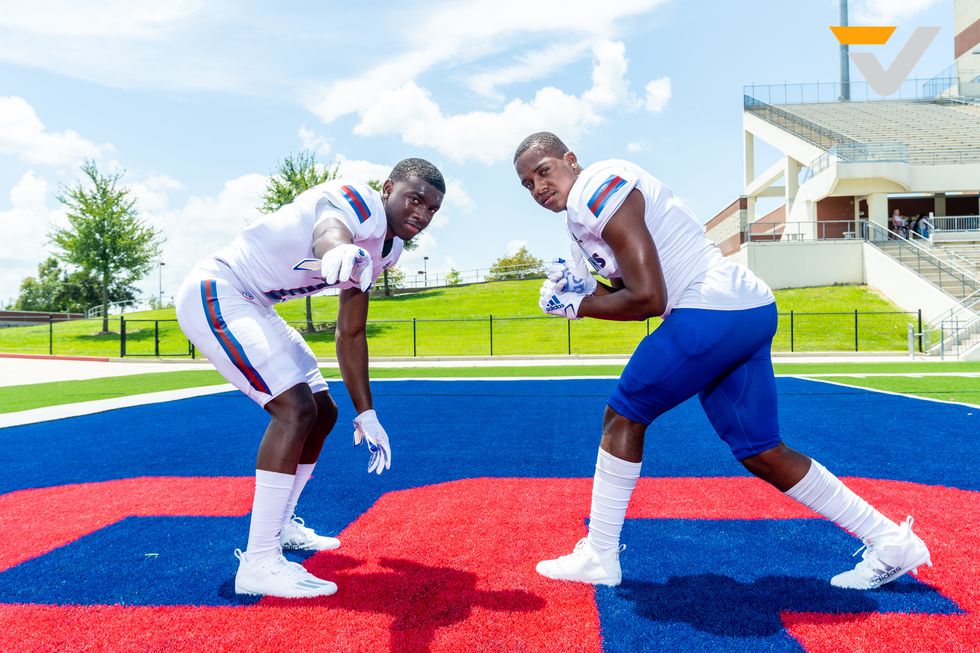 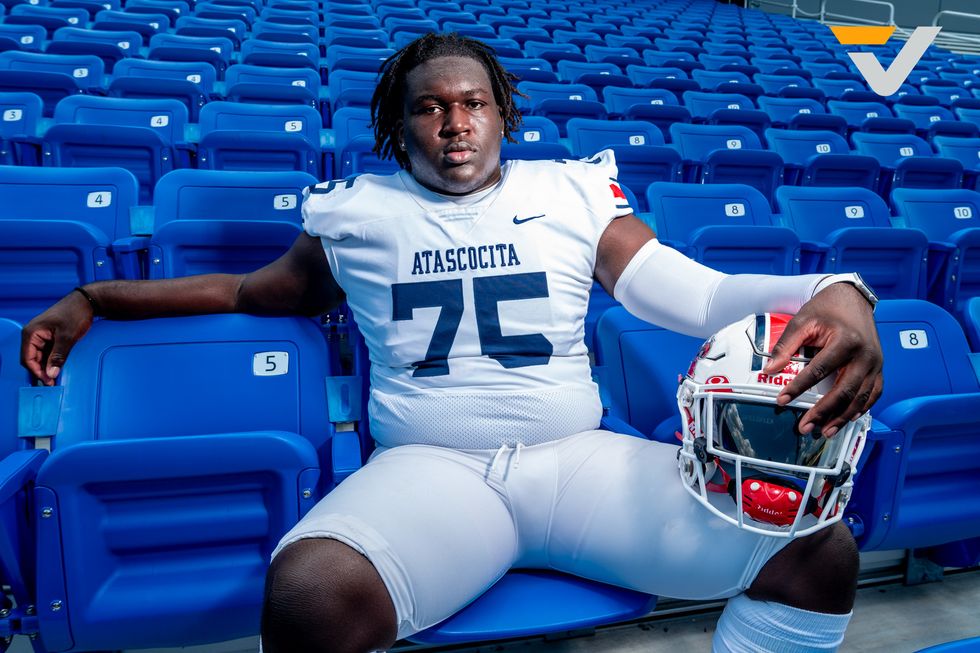 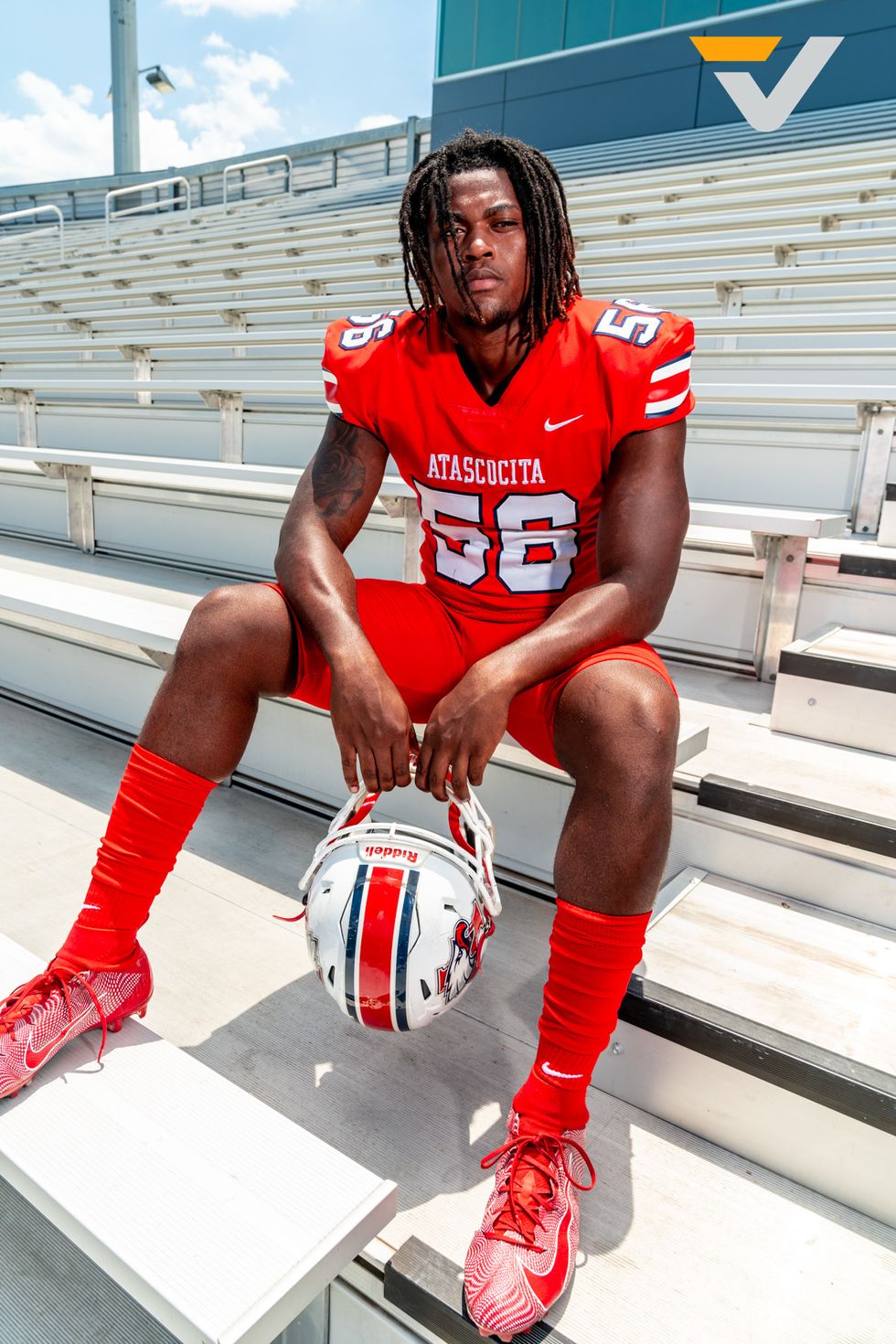 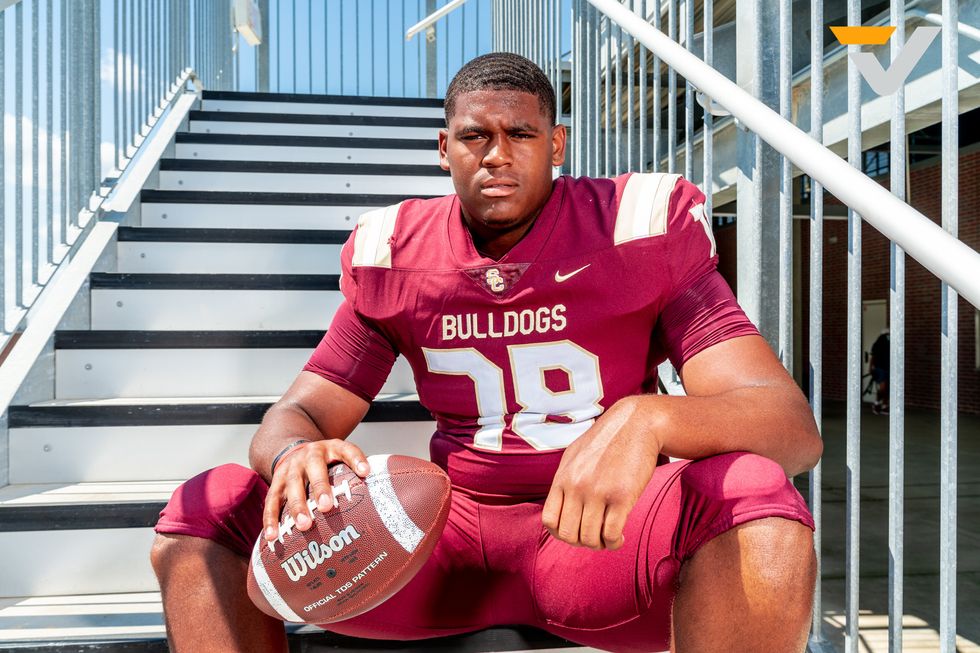 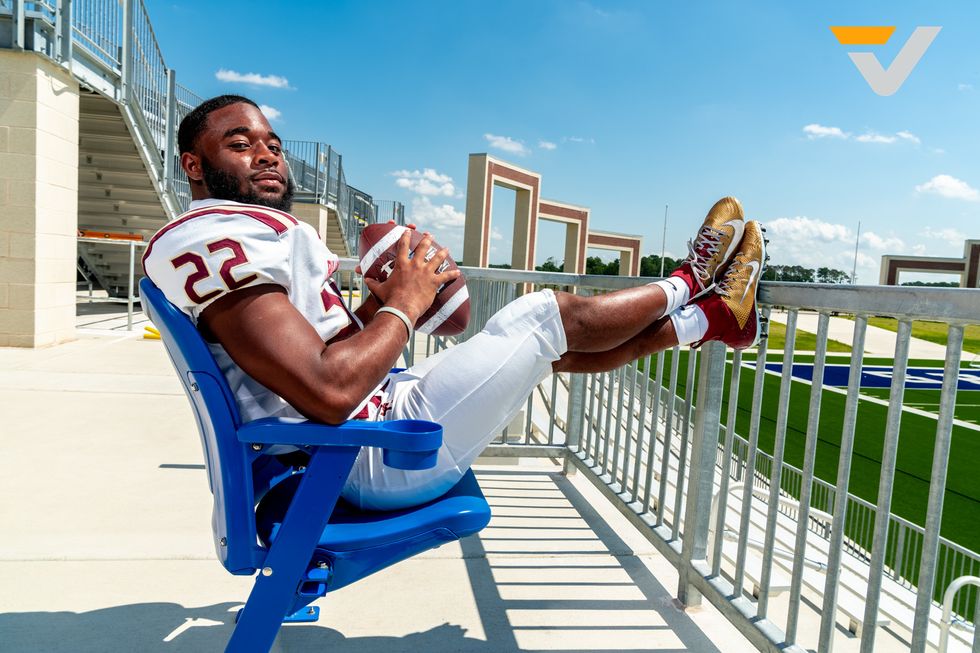 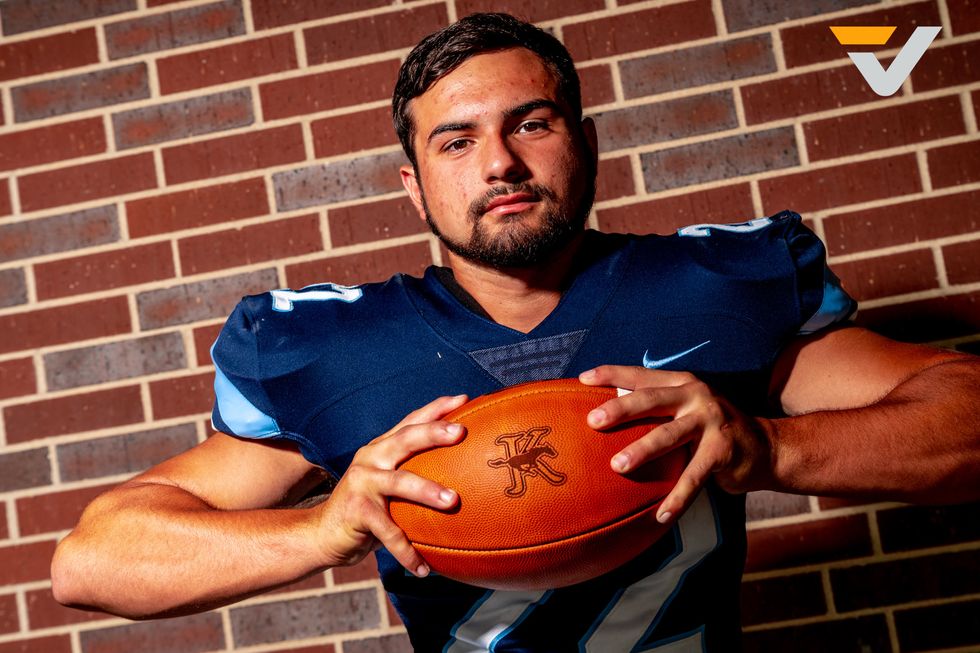 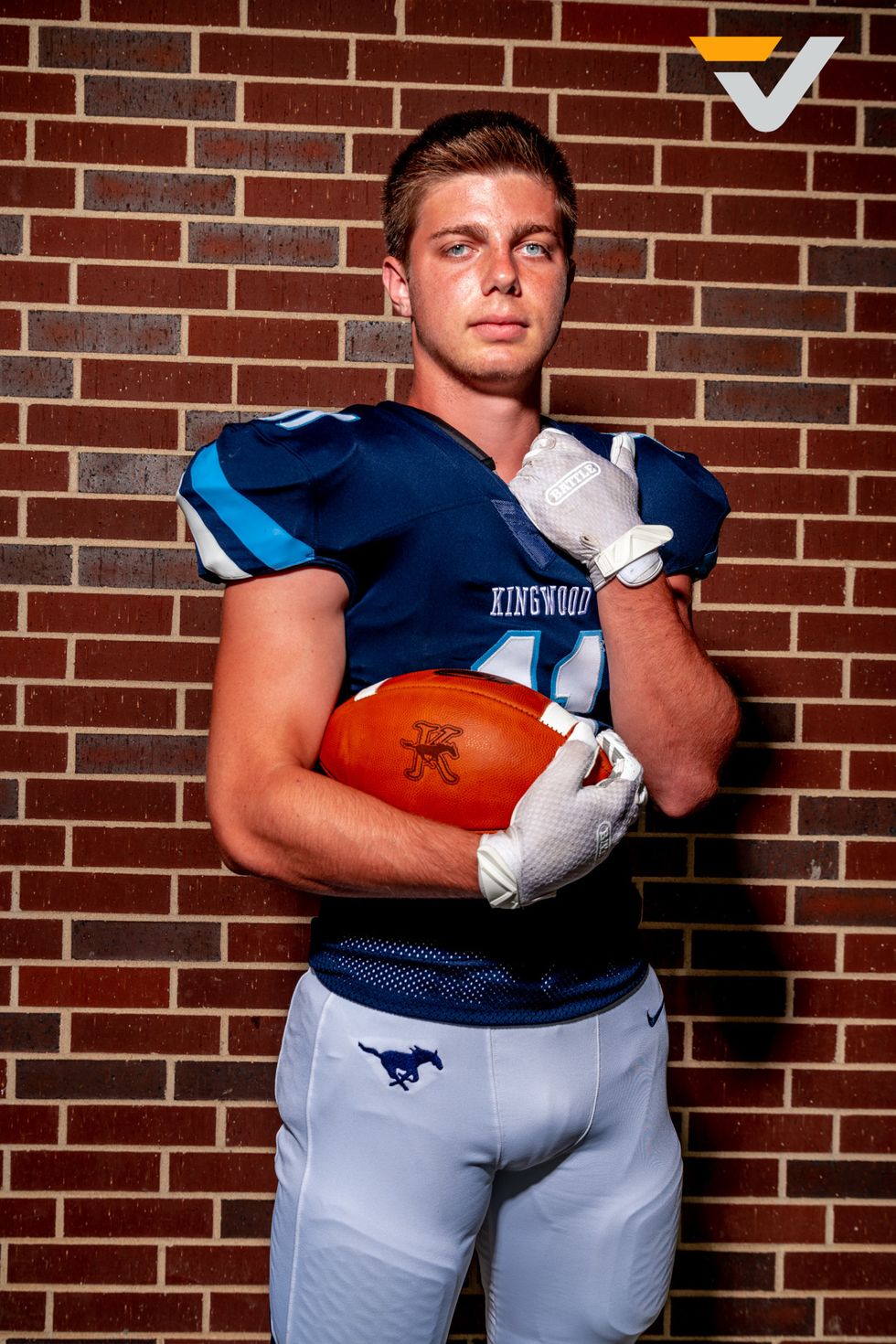 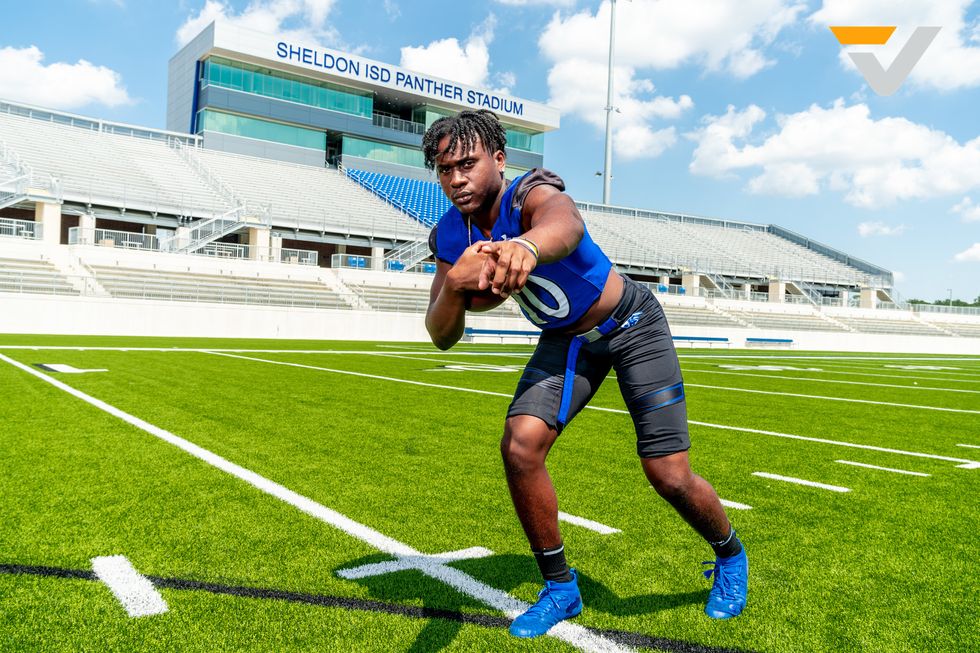 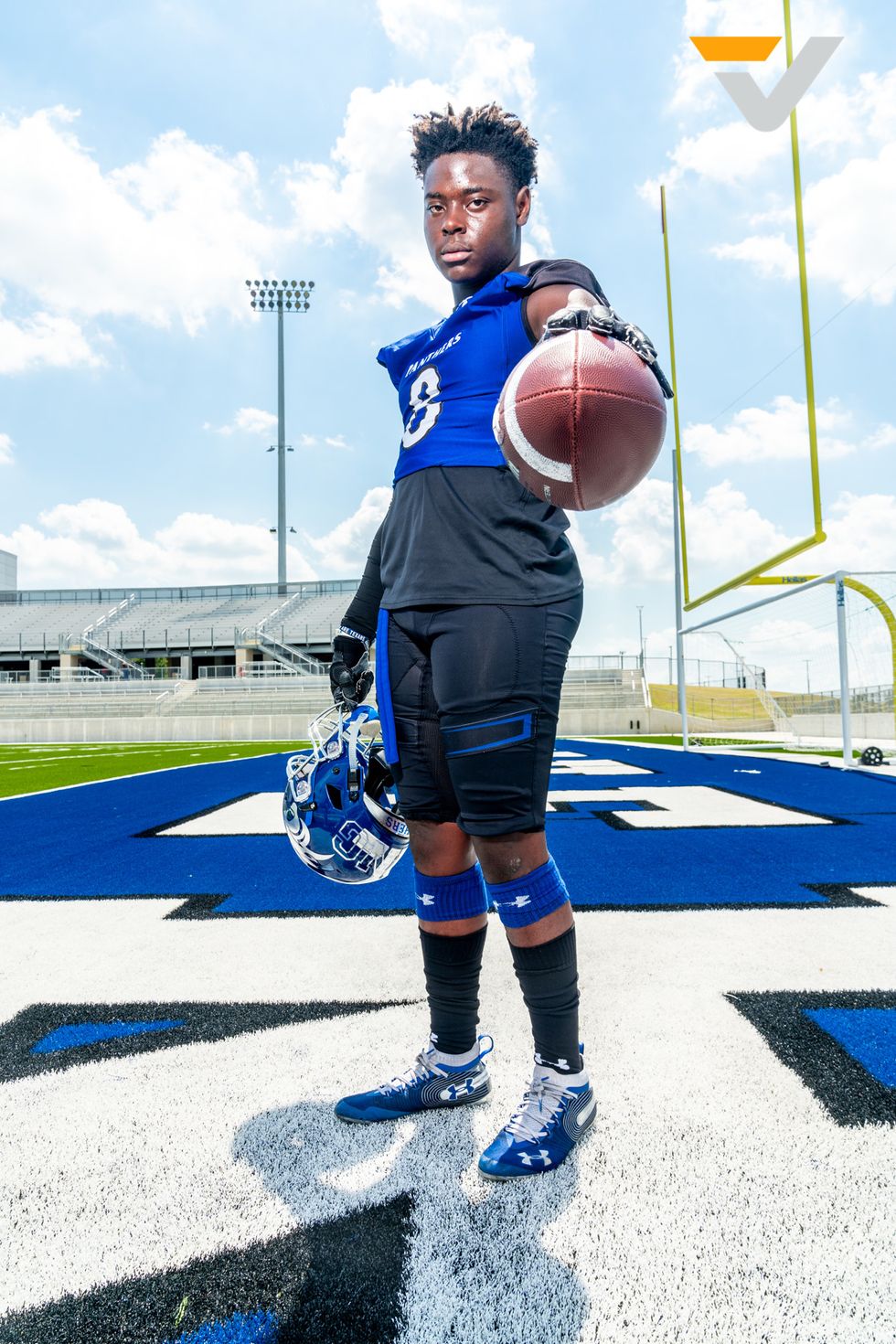 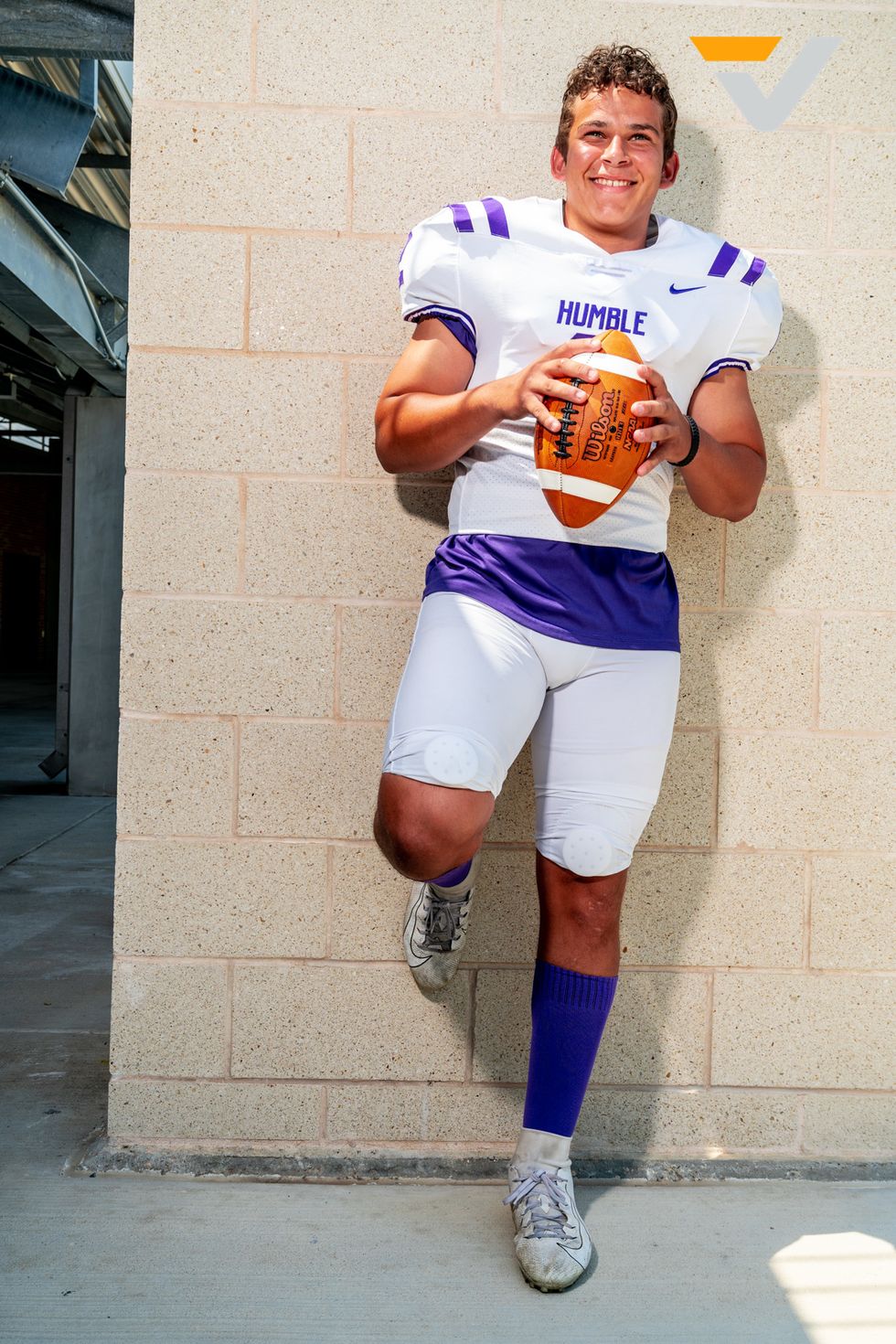 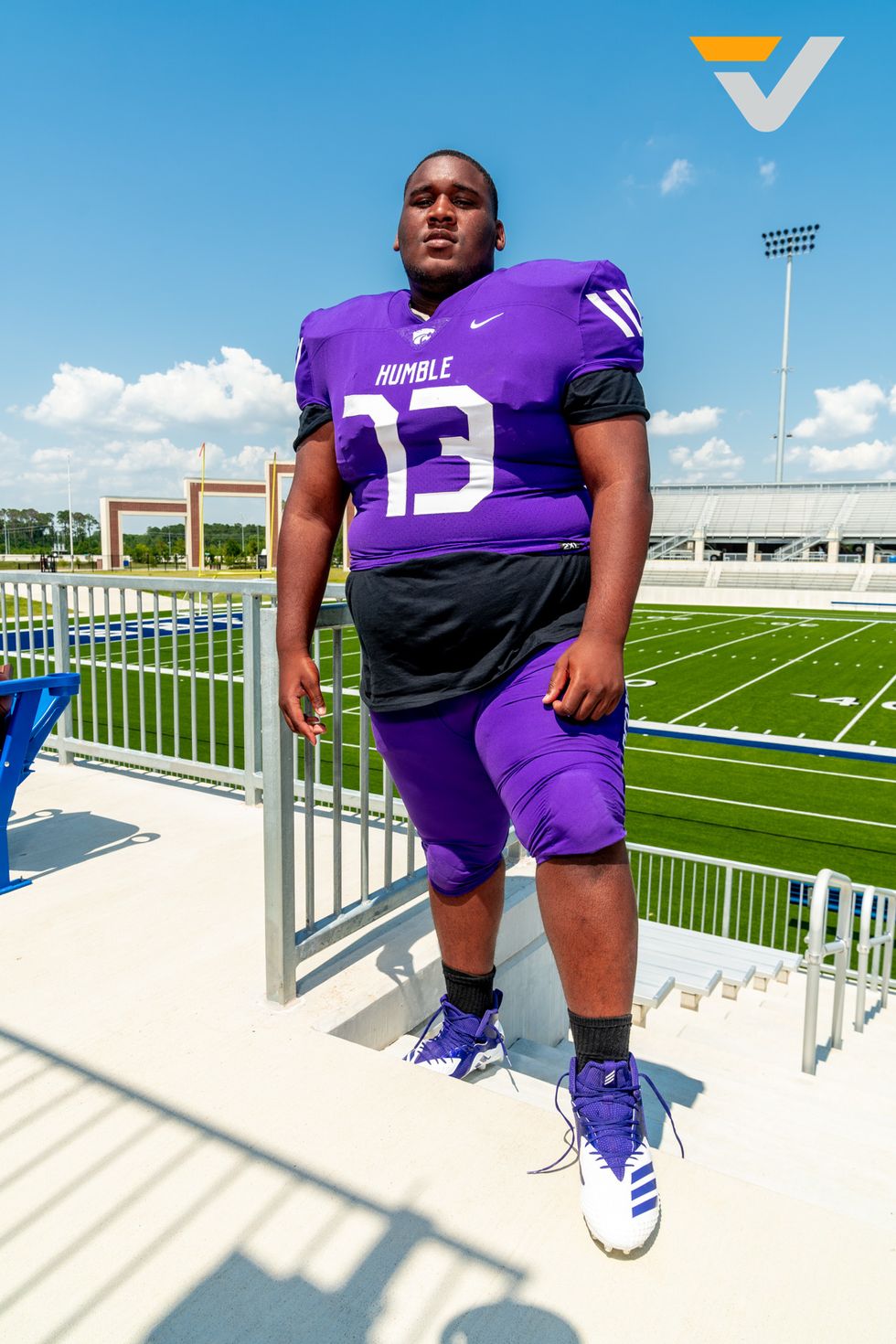 This is the toughest district in the state of Texas. No argument. Back-to-back State Champion North Shore and perennial playoff powers Atascocita and Beaumont West Brook come together to form a mega-district. The final playoff spot will be a battle between Humble, Summer Creek, C.E. King, and Kingwood. So, who comes out on top in 2020?

It is hard to bet against North Shore. The Mustangs return back-to-back State Championship game Offensive MVP in Dematrius Davis. The Auburn-commit, who has played varsity since his freshman season is ready for one last ride. Davis will welcome back big target Shadrach Banks (Texas A&M-commit) after he was injury-plagued in 2019. Another target for Davis will be Charles King at receiver, who earned first-team nods a year ago. Up front, North Shore will be solid again with Jaeden Roberts (Auburn-commit) Defensively, the Mustangs will have some holes to fill. Gone is Corey Flagg Jr (Miami) and Upton Stout (North Texas), so who will fill their shoes? Time to look to the youth. Denver Harris is a 6-foot-1 cornerback, who has shot up the recruiting ranks this offseason. Others to watch include Alonzo Brown, Broc Leblanc and Aaron Brown. Can North Shore win a third straight title? We will see.

The Bruins are not far removed from playing for a state championship (2018) and return six starters and 28 lettermen off last year's area-round team. The Bruins return District 21-6A Newcomer of the Year Bryce Anderson (LSU), who played both ways last year but will solely play quarterback in 2020. Other key returners on that side of the ball include running back tandem Jordan Guidry (467 yards, 8 TDs) and Jamichael Foxall (617 yards, 7 TDs), who were both second-teamers a year ago. The receiving corps will be led by Joe Hayes, Montavian Jones and Andre Dennis. On the line, Cam Handy will be a player to keep an eye on as he earned second-team honors a year ago. Also, watch for Tyler Tucker at tight end as well as Ben Bennett. Defensively, Gabe Silva, Caleb David, Reggie Holmes and Jayden Davis will anchor that group. There will be some juniors coming up from an 8-1-1 JV team from a year ago, which will fill the holes.

Moving into a new district, Atascocita will be challenged as they go for a fourth-straight district crown in 2020. The Eagles enter this fall seeking its sixth-straight year of 10-plus wins and an eighth-straight playoff appearance. They have gone to the third round or deeper in each of the last five seasons. Craig Stump will have to find a new signal-caller with Brice Matthews gone to graduation. Gavin Session is set to assume control of the offense and will have some big-time targets to throw to. First-team, all-district pick Landen King (Auburn-commit) had a breakout playoff performance last year, which caused his recruiting to skyrocket in the spring. He will be joined by District 22-6A Newcomer of the Year Keith Wheeler to pace the receiving game. Quincy Thompson will tote the rock running through the monster holes that four-star OL prospect Kam Dewberry creates on the line. Defensively, watch for Nikolas "Niko" Campbell and Caleb Burton.

The Bulldogs were left on the outside looking in last year when it came to the playoffs. That would have been a third-straight playoff berth for Summer Creek. So, can they get back into the dance? They have the pieces and you have to start with their offensive line. Class of 2022 star Kelvin Banks leads the group, along with Luke Lapeze (UTSA-commit). Last year, Banks was a first-teamer and Lapeze was a second-teamer. At receiver, Baylor-commit Elijah Bean (first-team, all-district) will lead that crew with running back and second-team pick Torrie Curry (460 yards, 9 TDs), who will get the majority of the work in 2020. Quarterback Bryan Bush (1,456 yards) returns for his senior year. Defensively, there will be some questions and they will have to improve in the turnover area after only mustering three interceptions and nine fumbles. Amantie Lockhart will be one to watch on the line.

It is a new era in Kingwood. Barry Campbell stepped down after last year to take a job in Belton with former Ridge Point coach Brett Sniffin. Step in Cale Melton to take over the program. Melton's last stop was Highland Park, where he served as the defensive coordinator and was on staff during the Scots' run of three-straight state championships. Melton takes over a program that went 5-6 last year and was bounced in the first round. Twelve starters return, including seven on offense, so the cupboard isn't bare. The offense will be led by second-team, all-district picks Jack Dugas at receiver and Kasey Duplechin at running back. Ben Bernell will hold down the offensive line. Defensively, Grant Mize is coming off a first-team, all-district season at linebacker. Also back is linebacker/fullback Carson Mancuso and lineman Thomas Goodman. This team will have a new look on defense and offense, so Kingwood could be one of the surprises on District 21-6A in 2020.

After back-to-back playoff appearances, the hill will be a little tougher to climb in 2020 for C.E. King in this new-look district. Derek Fitzhenry does bring back some solid pieces including Kameron Kincheon at quarterback. Kincheon is a whiz in the classroom and could definitely be an Ivy League guy by year's end. Protecting him will be first-team offensive lineman Roger Davis, while second-teamer Jerrell Wimbley will be relying on Davis to open up some gaps for him at running back. Defensively, watch for linebacker Roy Morris, defensive end William Evans and cornerback Josiah Ruano.

For the first time since 2010, Humble was in the playoffs last year and it came as a Class 6A for the first time in program history. Once in, the Wildcats made a run, reaching the third round before falling to Katy Taylor. Last season's 10-win season was also the first since 2010. What a year for the Wildcats! With a big senior class gone, what is their encore in an extremely tougher district? They return nine starters (six on offense) from the 2010 team. Names to watch on offense include Syn'Savier Sidney, XZavier Sidney, Lierick Reed Jr. (second-team, all-district) and Kentrell Mason. Defensively, watch out for first-team, all-district linebacker Aarun Lockett, Avory Coleman and Jamarion White.