But VYPE has still done what we have always done when it comes to previewing Texas high school football here in Houston. With that said - here is the District 13-6A Preview! 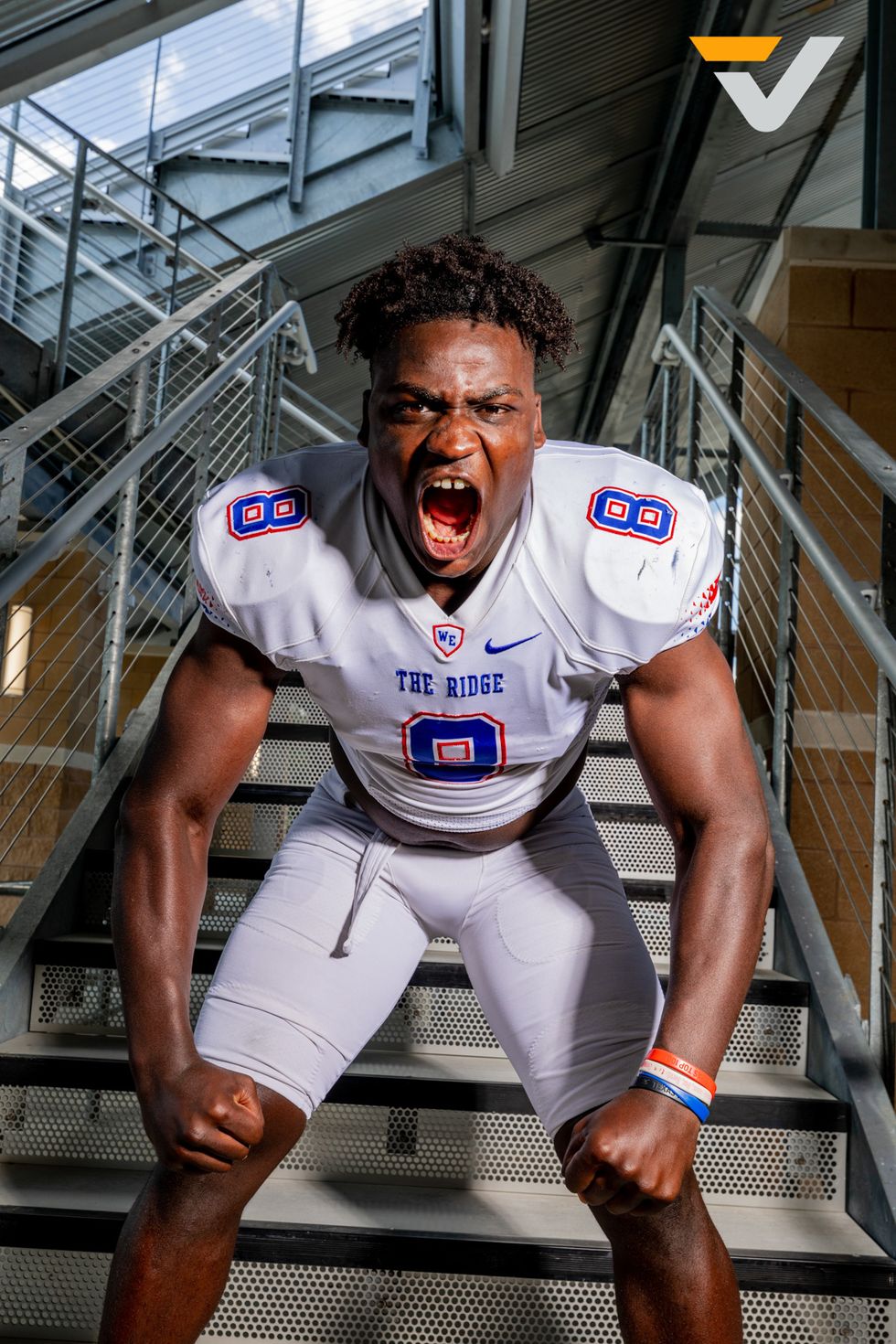 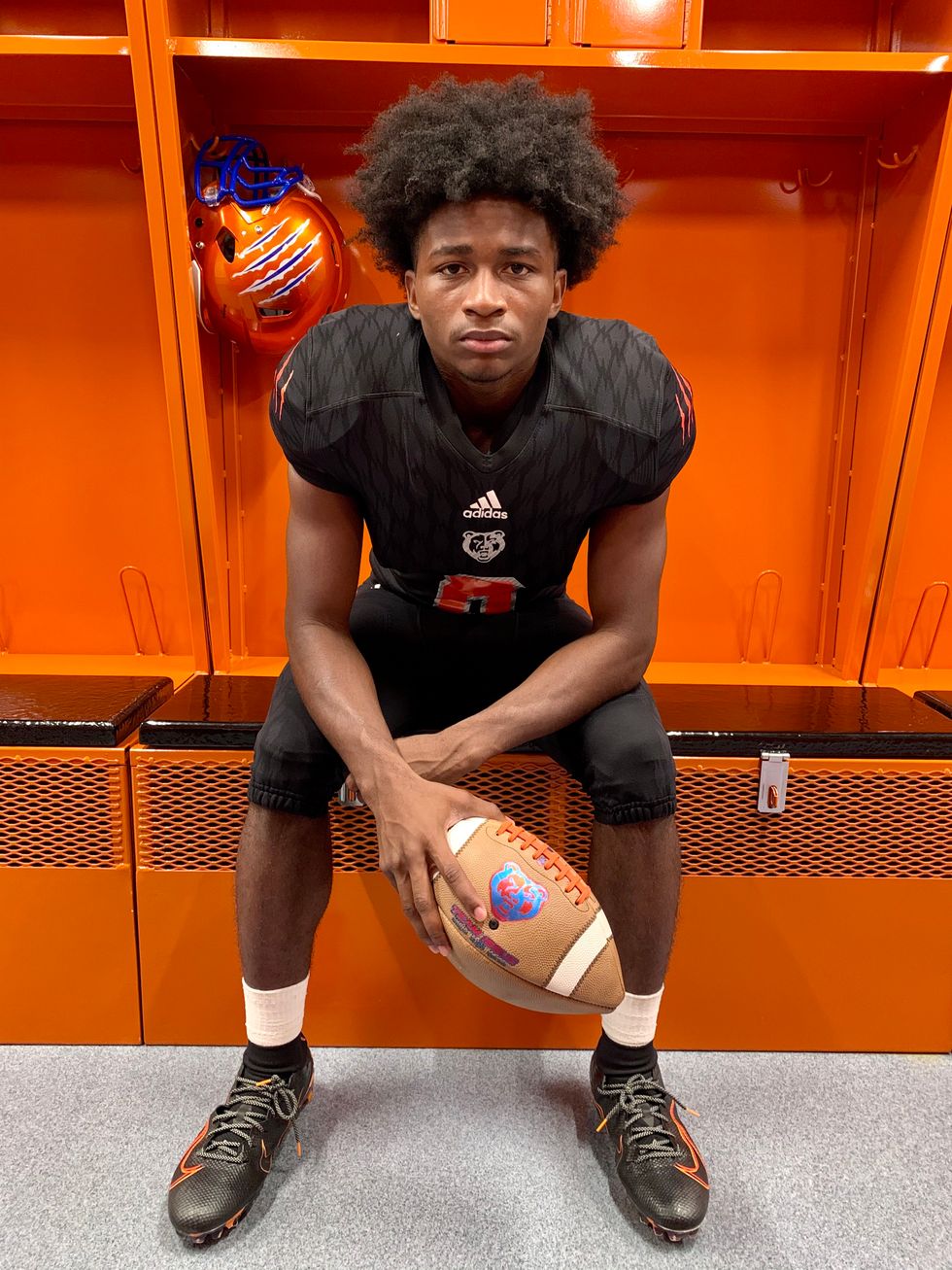 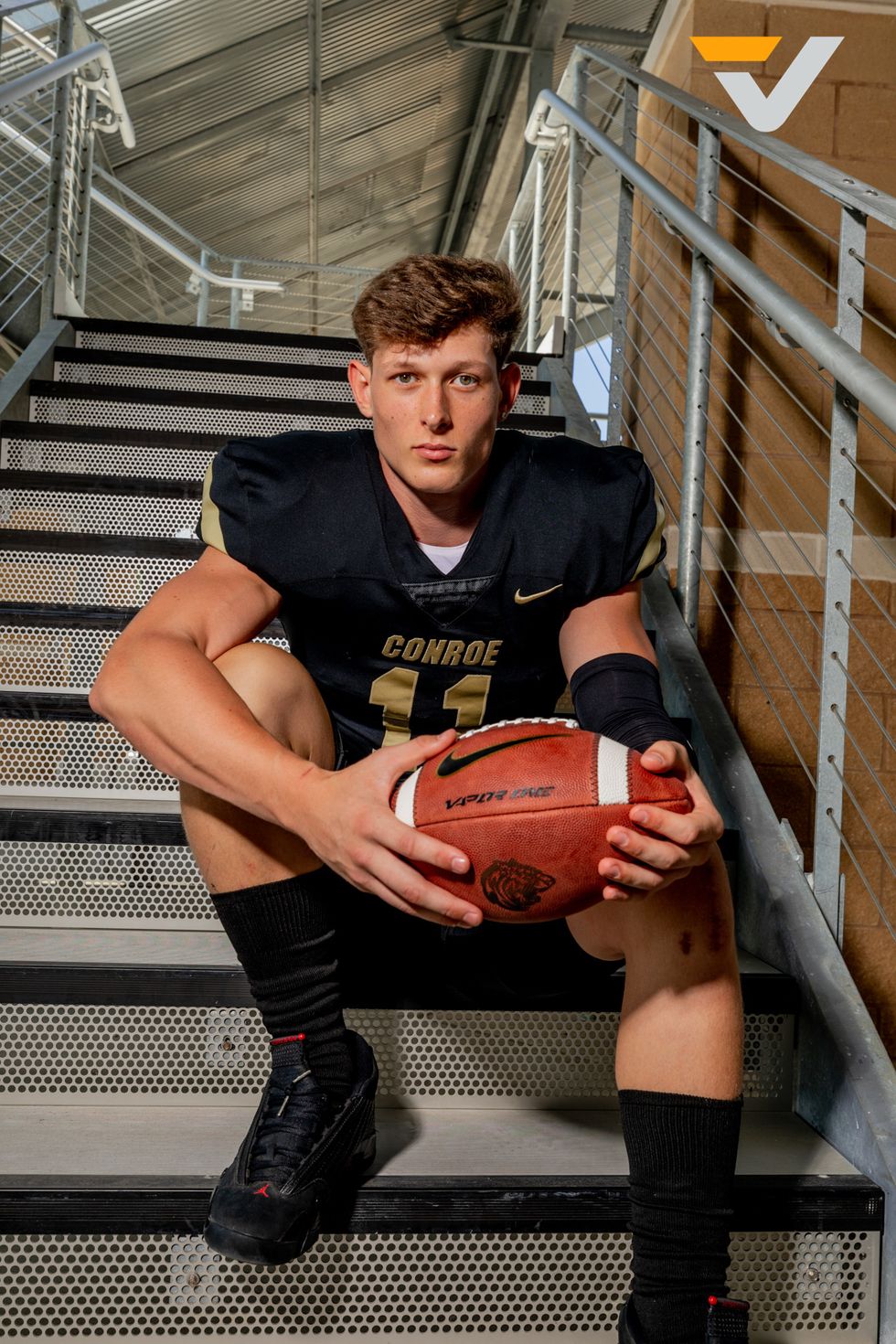 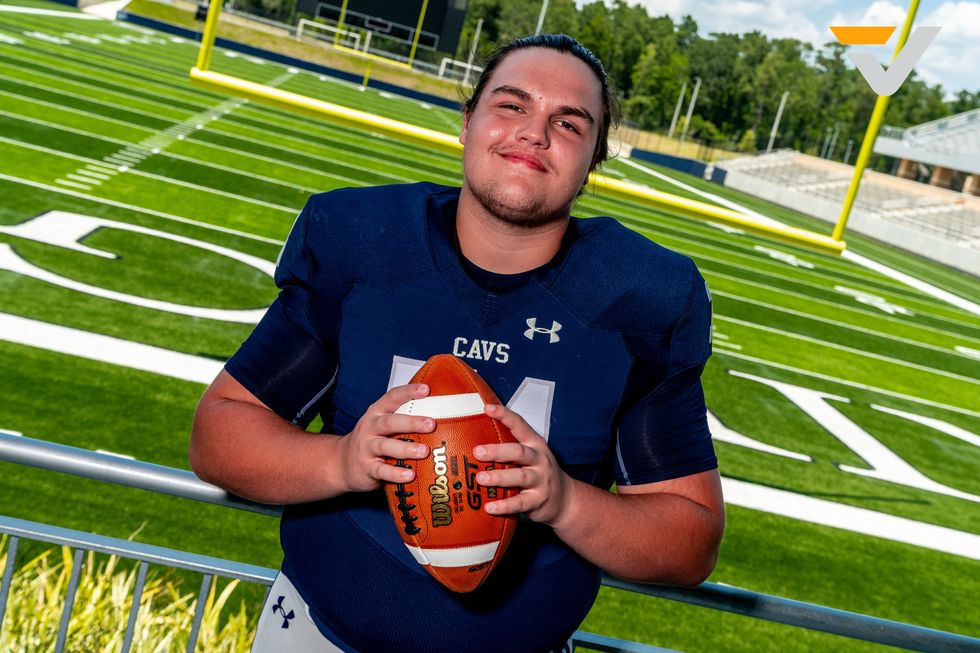 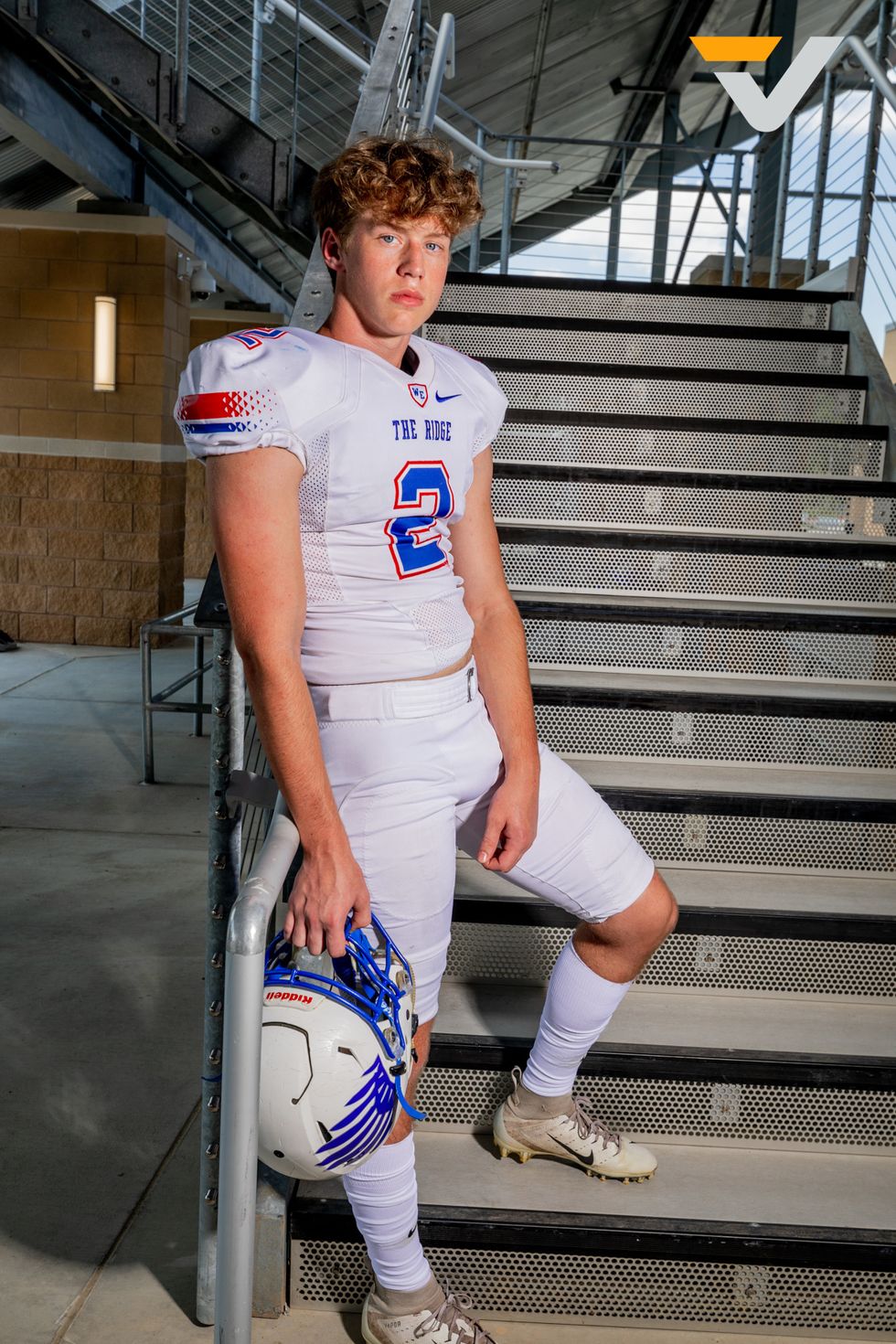 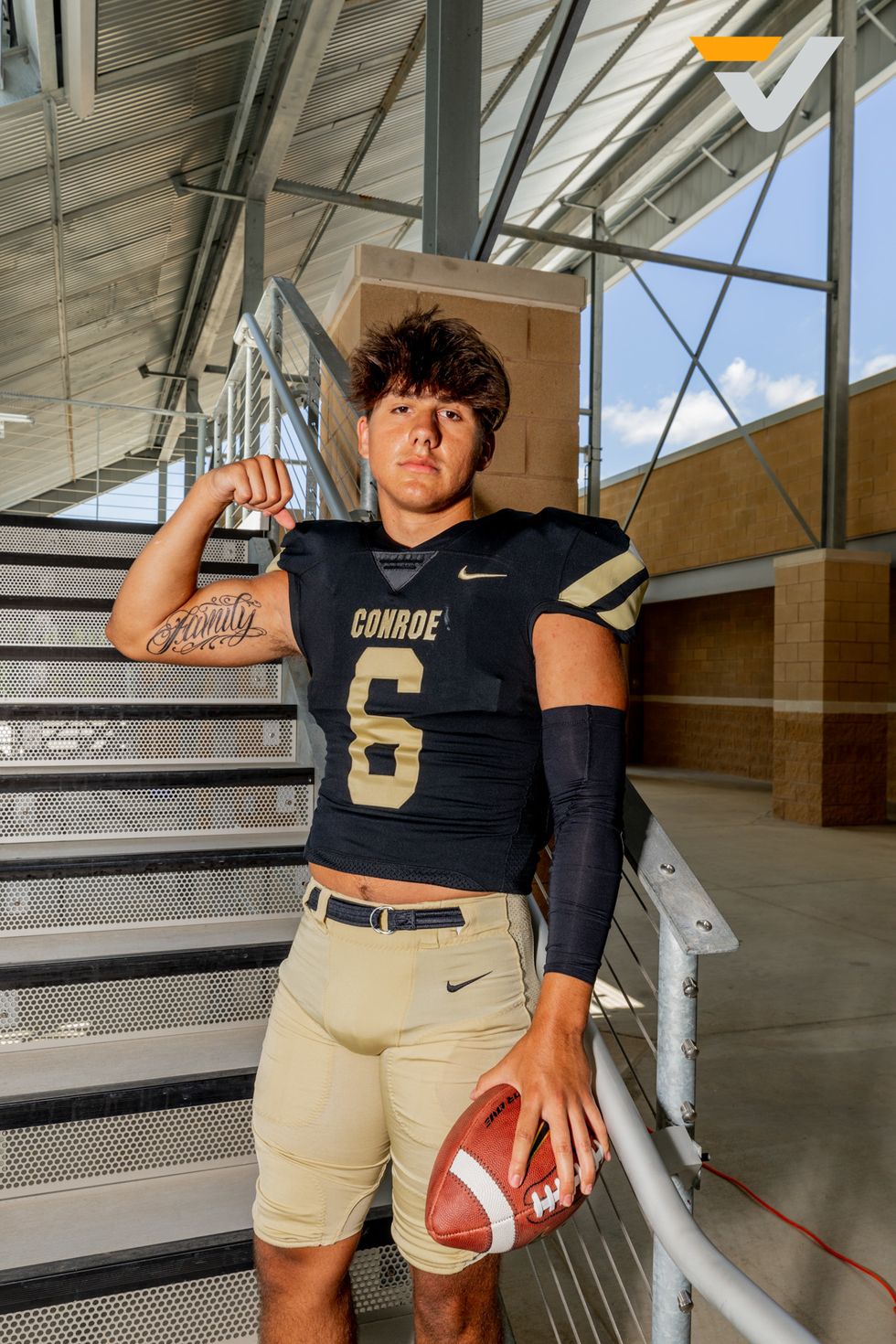 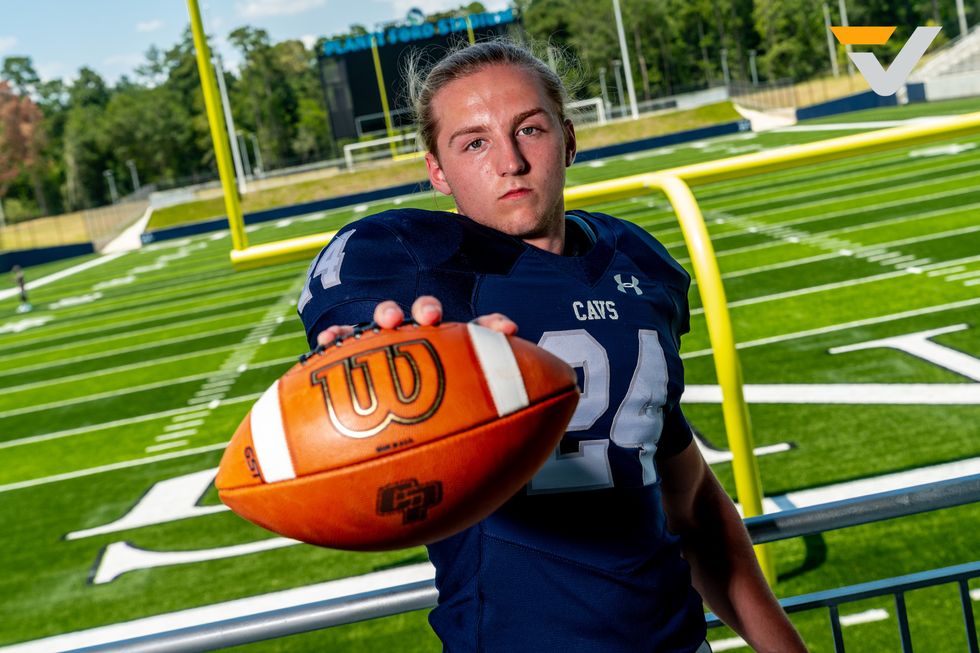 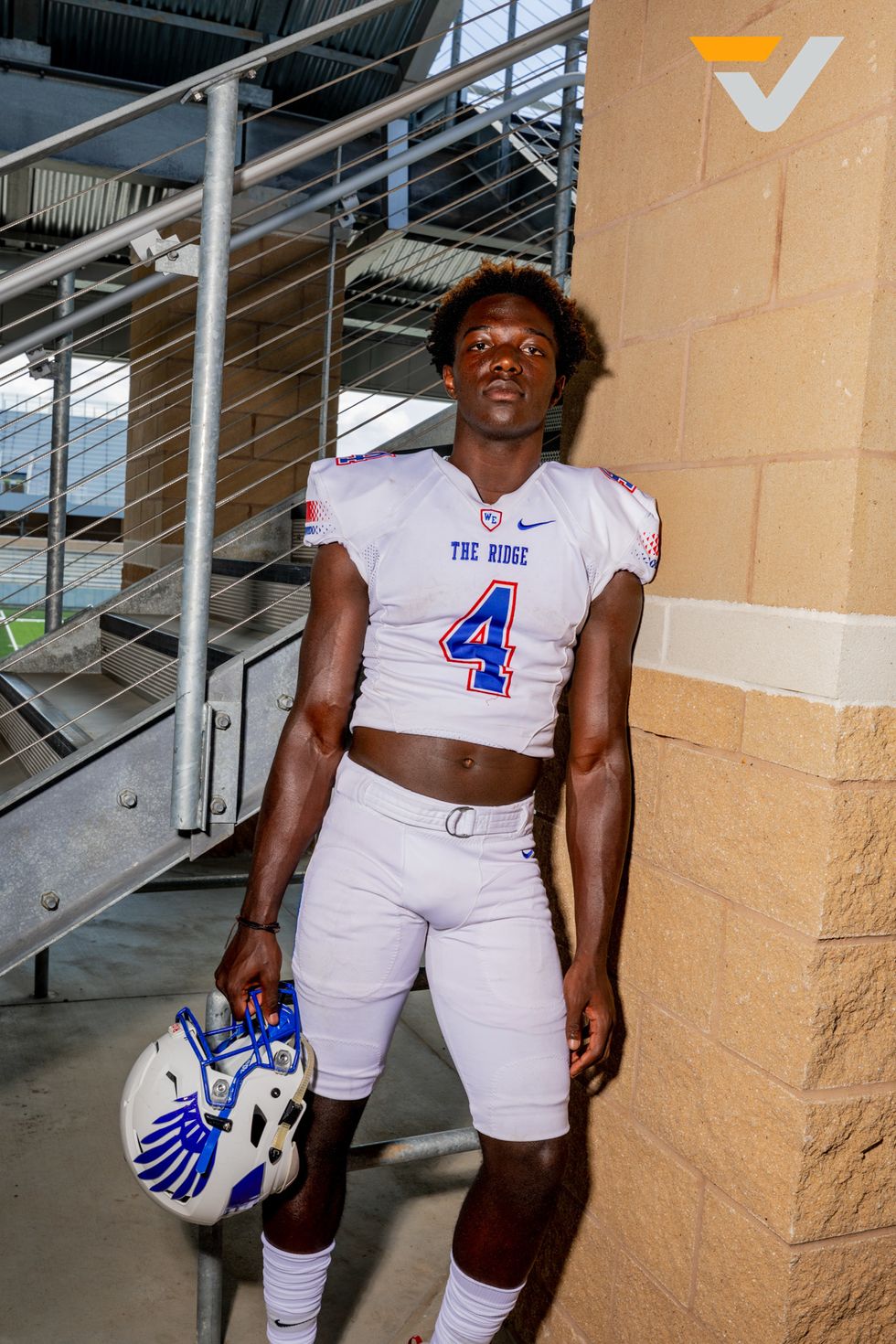 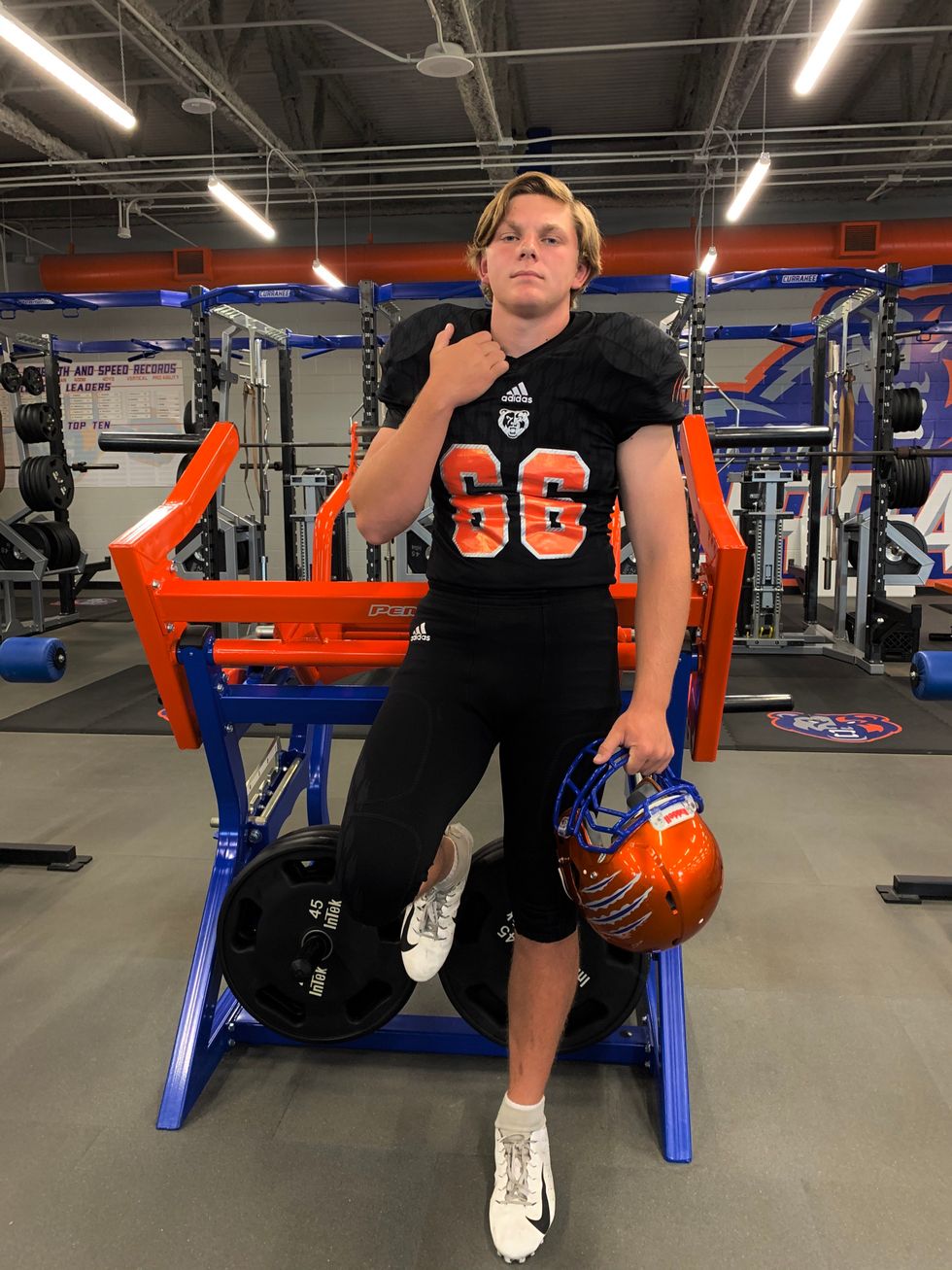 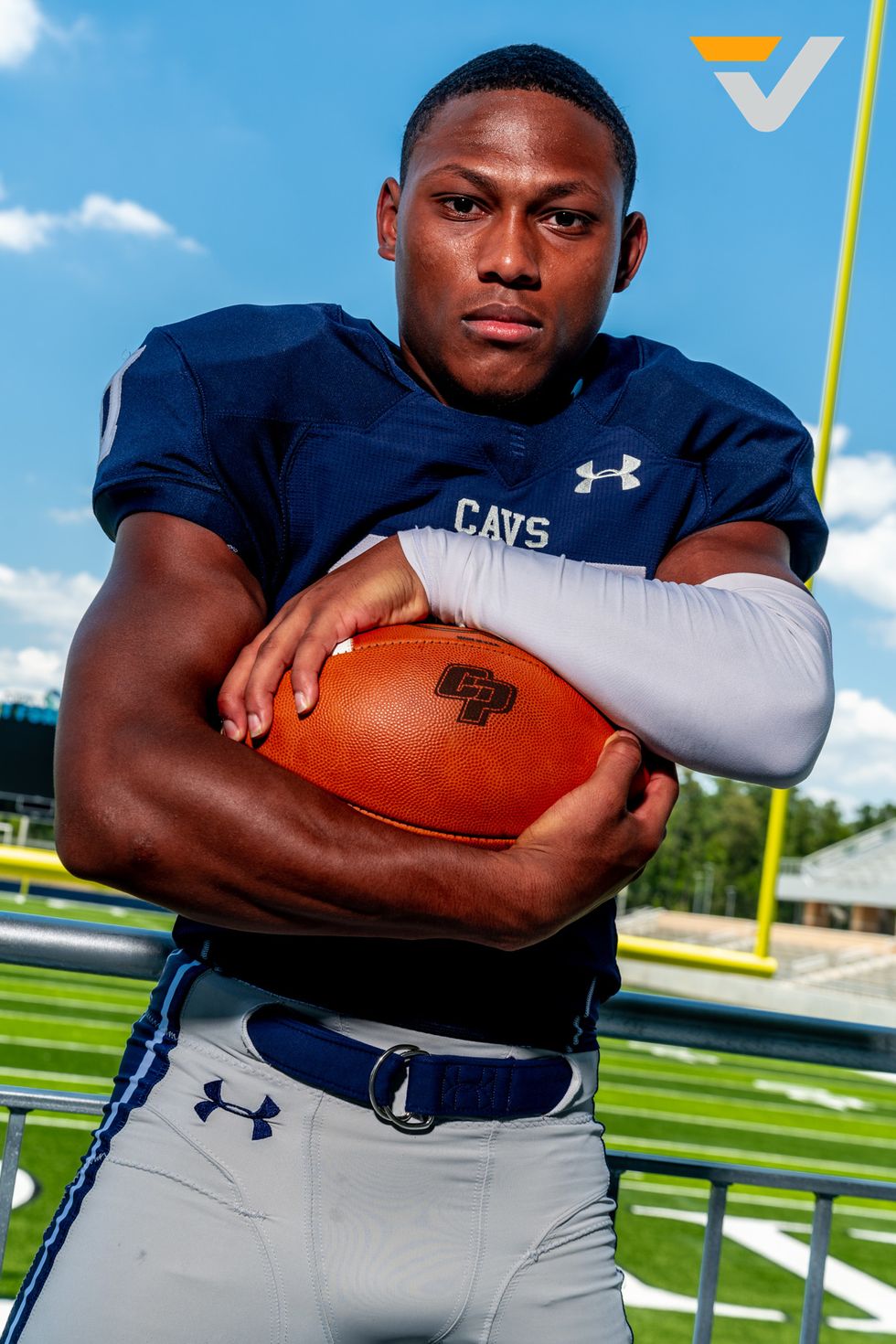 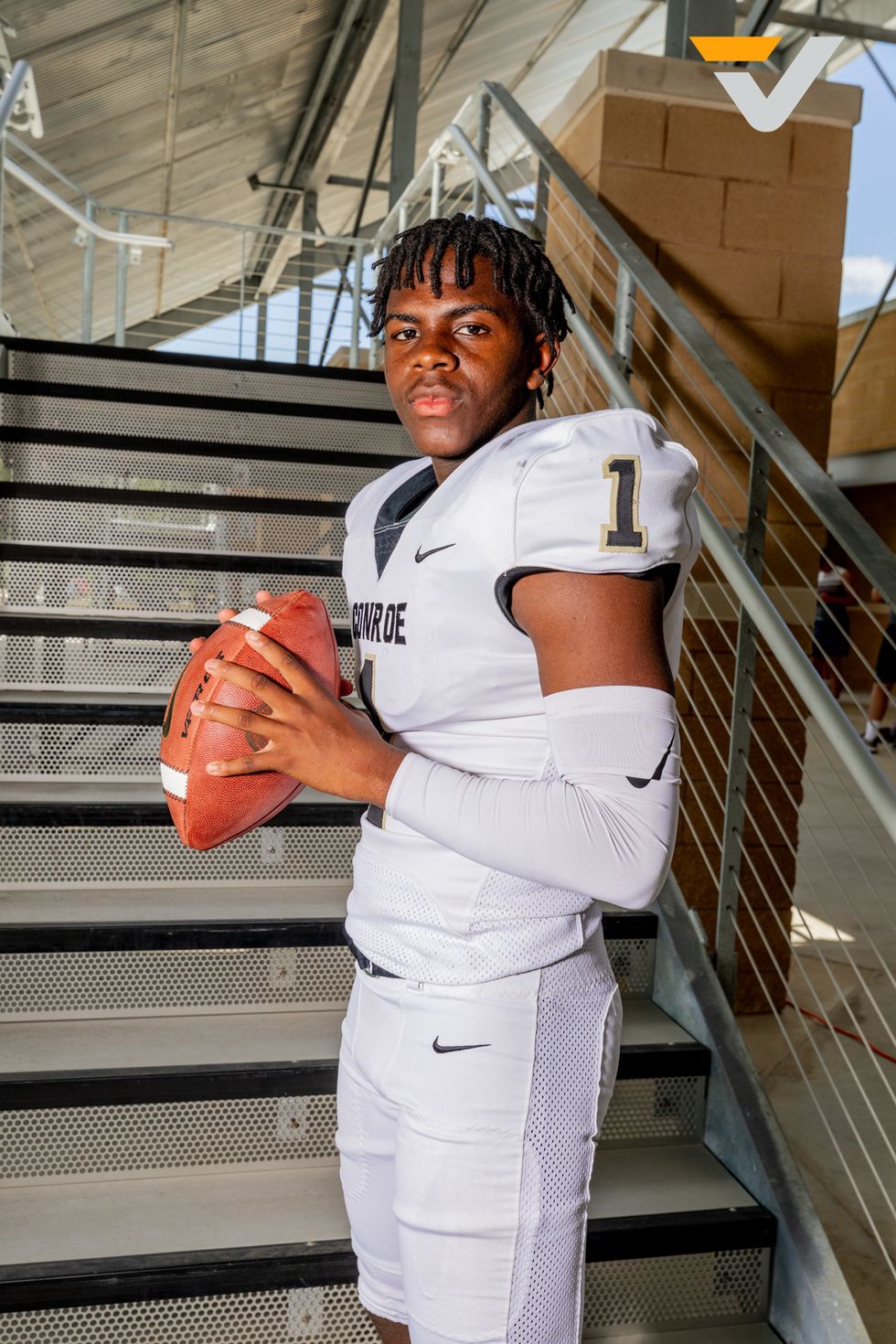 When the new realignment was announced, Conroe ISD coaches had to do a double-take. Conroe ISD plus Willis High School would make up District 13-6A in a six-team district, meaning only two teams won't make the postseason. Willis is moving up from Class 5A while Grand Oaks enters its first-ever district as a new school.

Coach Jim Rapp has his work cut out for him. The second-year head coach led the Highlanders to the third-round of the postseason with an 8-5 record in 2019, but nearly 60 seniors graduated. Rapp, an old OL coach, will draw to his strength of a massive front. Titan Tucker, M.J. Ruhman, Concordia Lutheran move-in Kaden Sieracki and sophomore Cross Tucker will anchor the offense. The Tucker and Ruhman connection dates back to Texas A&M, when their fathers Rex and Chris played on the same line for the Aggies. WR Teddy Knox (Mississippi State-commit) should be the showcased weapon on offense along with Jack Calhoun and RB JoBarre Reed. Junior WR Ben Ferguson will also get in the mix. Connor Deshiro should emerge as the starting QB. Defensively, junior LB Martrell Harris gets to make his Highlander debut after playing JV due to a transfer rule. Harris could be a stud, patrolling the middle of the field. Logan Ecuyer and Bradley Warren will anchor the DL, while the secondary has some significant turnover.

Not to put any pressure on the guy, but Alton McCaskill could be the most recruited football player to come out of Oak Ridge, ever. The 6-foot-2, 200-pound back is just what coach Mark Schmid needs to get the Eagles flying again. The legendary Woodlands coach took over the cross-town rival last year after a few years of retirement and McCaskill resembles some of his former Highlander RB greats Daniel Lasco (Cal) and Patrick Carr (UH). McCaskill combines the size of Lasco and the explosion and wiggle of Carr. With dozens of offers including Alabama, McCaskill will have a huge target on his back all season. On the other side of the ball is LB K.C. Ossai (Arizona-commit), who has a highmotor like his brother – Texas Longhorn star Joseph Ossai. Ossai will get help from Adam Herschmann and Matthew Hurnplik in the middle of the defense. The thorn in the War Eagles' talon has always been quality depth and this year is no different. Oak Ridge is young on both lines but should get enough push up front to get in the postseason.

It's year four for the College Park Cavs under the direction of Lonnie Madison – his first senior class. The Cavs have yet to make the playoffs on his watch, but as they move into new District 13- 6A things are looking up. Since opening in 2005, College Park has been to the postseason five times but has yet to win a playoff game. College Park is primed to make history. Quarterback Ty Buckmon enters his junior season with some varsity seasoning. The 6-foot-2 dual-sport athlete could have a breakout season in 2020. The QB of the defense is two-time, all-district LB Dylan Hazen (Wake Forest-commit), who is a terror for offensive coordinators. He's complemented by Nick Vetere in the middle and Curt Evangelister in the backend at safety. The season hinges on the continued development of Buckmon and the strength of both lines. A playoff win depends on it.

It's back to work for coach Cedric Hardeman, who says goodbye to nearly 50 seniors from a year ago. Most notably, QB Christian Pack (HBU) who completely went off last season. Playing in a six-team district will help, but the Tigers will be somewhat inexperienced. If a QB doesn't emerge, athlete Jalen Williams will run the offense after playing WR in 2019. Defensively, LB Tyler Trantham and DB Layne O'Dell will be called on to slow down opposing offenses. Jaden Williams and Roman Hamilton will also compliment the defense. Hardeman is hoping for someone to fill in the leadership roles on both sides of the ball. "We don't know who our leaders are. Pack and Michael Phoenix were dogs on gamedays, but also Monday through Thursday. We have playmakers, but we need some leaders," Hardeman said.

Ready or not, Dr. Mike Jackson and the Grand Oaks Grizzlies suit up for Class 6A varsity football for the first time in school history. So, what can we expect? Jackson will rely on sophomore QB Hudson Hamilton, a 6-foot-1 slinger who will run the spread. RB Micah Cooper will get the lions' share of the carries, while Seth Wright will be the featured receiver. The defense could be the strength with safety David Bush and linebackers Noah Clark and Jack Manning flying around the ball. Don't sleep on Grant Nickel, one of the best kicker-punter combos on the northside of Houston. It will come down to setting expectations. This is the program's first legit competition with an inexperienced team. Jackson will run a tight ship, but the Grizzlies are a few years away from being a consistent playoff program. "We look forward to competing," Jackson said.

Welcome to "The Show", Willis. The Wildkats move up to Class 6A with hopes of getting into the postseason for the first time since 2016, which was in Class 5A. It's year three for coach Michael Wall, who came from winning programs at Lake Travis and Georgetown. Can he turn the tide for the Wildkats? The Big Man on Campus is Steele Bartwell, a 6-foot-2, dual-sport athlete. Bardwell was an all-district QB and toes the rubber for the 'Kats baseball team. His favorite target through the air will be Jakobe McCoy, while Johnny McHenry will tote the rock. The OL has some size with Andy Parker, Colby Forrester and Zach Rodgers, while the defense is anchored by Jadarius Brown, Tallas Harrison and Jace Halbaedier.