THE RING KING: Is North Shore's Davis the best to ever come out of Houston?

AS THEY SAY IN THE BARBERSHOP, YOUR FAMILY MIGHT LIE AND YOUR FRIENDS MIGHT LIE, BUT ... NUMBERS DON'T LIE.

North Shore has become the face of Texas High School Football winning four state titles since 2003 and standing front-and-center smiling away with a pair of bodacious championship rings is Dematrius Davis.

As he enters his senior season, his legacy is casting a shadow on arguably the greatest high school player in the history of Houston football – Vincent Young of Madison.

The heresy, you say? Well, not so fast.

I started this argument last year with not much traction. People though I was out of my mind, but let's just take a look at the numbers.

Let's take a look at what people are saying.

But let's first understand how all this happened as told by North Shore coach Jon Kay. 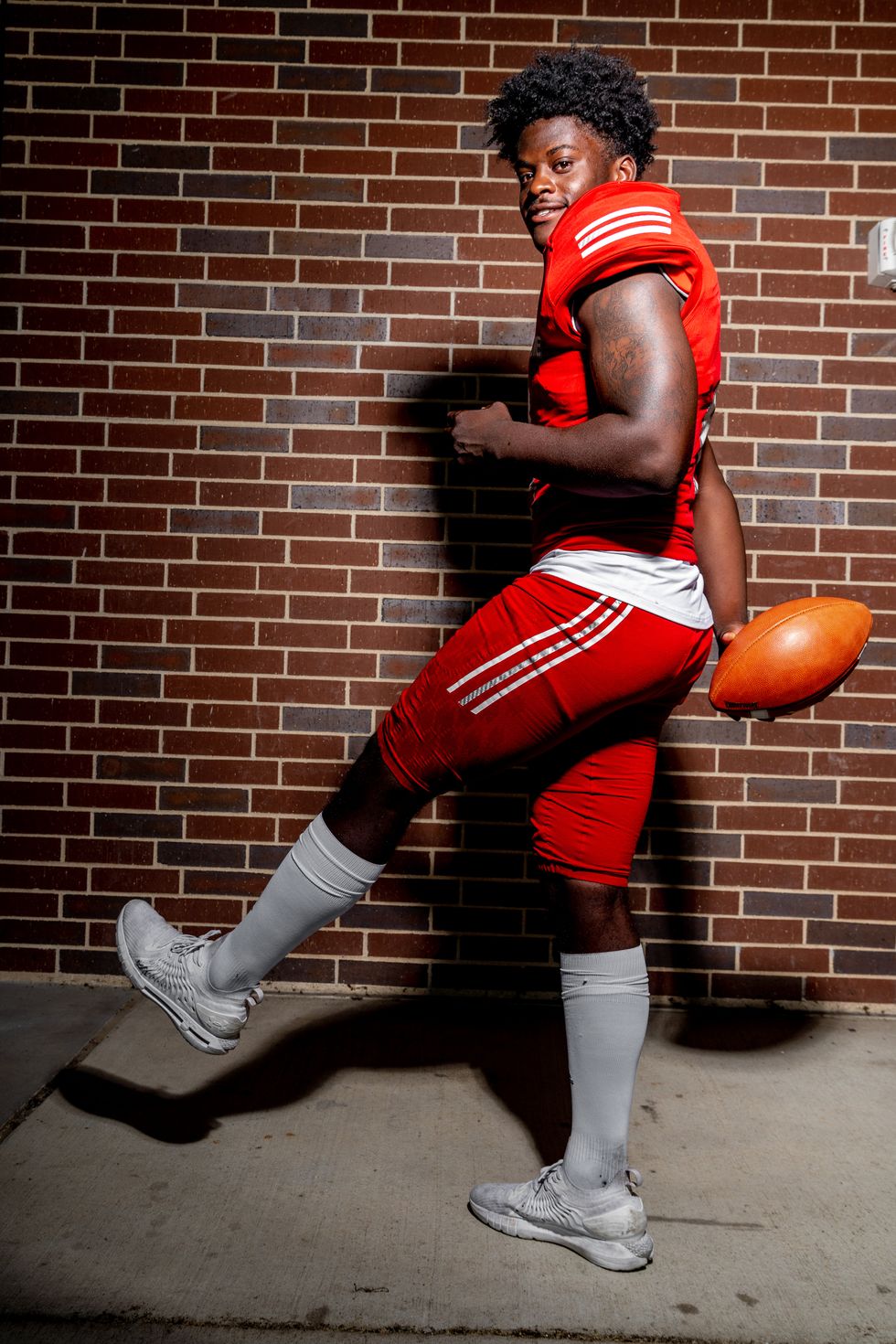 "We put Dematrius on the varsity roster at the beginning of his freshman season. You could tell in middle school that he was going to be special, but I wasn't convinced it was going to be as a freshman. We talked with him, the coaching staff and his parents and got everyone on the same page. We wanted to let him develop into a leader. That can work against you as a freshman if you are thrown into the fire with a bunch of older kids. We didn't want him to follow the leader, we wanted him to develop leadership skills.

"We had a plan all along. He was dominant and efficient at the freshman level. I mean dominant. I was still very leery but coach Willie Gaston said he was ready. I was like, let's pump the brakes, but by the end of the season he gave our varsity the best opportunity to win. We started him against Deer Park in our first-round playoff game. I was surprised how quickly he grasped the offense, but I wasn't surprised how quickly he was ready to compete."

The 'Stangs would reach the Regional Finals but were crushed by Katy, 31-3, to end the 2017 season.

Then came the spring where he earned his ultimate stripes.

"In this era of different colored jerseys for the quarterback at practice, we went the other way. The spring before his sophomore season we went full-speed, Class 6A, North Shore vs North Shore football everyday out there in the stadium. Those QBs took a beating. No quick whistles. They had to learn to stand in the pocket against some elite speed and athletes and either sink or swim. I'd go in the training room and see him packed in ice. He gained so much respect from his teammates that spring. He made the sacrifice and gave his sweat and blood.

"That set the stage for 2018 and those kids would follow him through hell."

The 2018 North Shore team could be the best in its school history and the Mustangs cruised to the state championship game to face mighty Duncanville.

"By the time of the state game, he wasn't a sophomore anymore. He understood the situation," Kay said. "He was cool and collected and we found out right then that no situation is too big for him."

On the last play of the season, Davis finessed a 45-yard Hail Mary into the arms of AJ Carter to beat Duncanville 41-36 before a shocked crowd inside AT&T Stadium.

The accolades poured in on the sophomore, who took it in stride. After all the glitter and confetti cleared on the greatest play in Texas High School football history, North Shore went back to work in 2019.

"After losing to Katy in Week 1, he understood that he was going to need to increase his productivity. As a sophomore, it wasn't his to win. He had great weapons and he could spread the ball around and be a facilitator. Last year, we had so many injuries and lost so many great players. He just started taking over games... against Ridge Point... then against Westfield, which is one of the best teams in the state.

"He shouldered the load and found ways for us to win. He just continued to evolve."

With Shadrach Banks and Zach Evans virtually unavailable all season, Davis willed North Shore to another state championship game and a win against Duncanville, again.

It seems like the only thing that can slow Davis down is the COVID-19 virus. With two rings, all the awards to fill his bedroom and his college decision out of the way, Davis is on top of the Texas High School football world.

But the script isn't finished yet.

"Before Dematrius Davis came along, I thought Vince Young was the most dominant high school QB I had coached against. His size, speed and strength were unmatched as a high school athlete. Dematrius is just as imposing, with an even better surrounding cast. He is quicker, just as fast, throws the ball more accurately and doesn't make mistakes."

"Dematrius Davis is the most accomplished Texas high school football quarterback since Kyler Murray. You probably couldn't even match his career numbers on Madden. If North Shore wins another title with him leading the way, I'd say Davis should be at the top when we speak about the greatest Texas high school football quarterbacks. Honestly, he's already achieved enough to be in the conversation. I bet if you asked Vince Young this question, he'd choose Dematrius."

"It is truly impossible to choose between the two. I was in college when Vince was in high school, but caught him in person once and knew we wouldn't see talent like his again. That being said, if we are just looking at HS careers, I have to pick Davis because he has two state championships and played such a major role in making those happen."

"Vince Young took an HISD team to the state championship game and it was not a loaded team like Lamar has had. I know he never won a state title but he had a huge arm and was impossible to bring down and if he had had more DI talent surrounding him, Madison very well could have won multiple championships. Young was truly special. If Davis leads North Shore to a third state title, I reserve the right to change me answer."

"Wow, that's a tough one. Vince Young was a so-called man among boys-type of athlete in his senior season. His playoff outing against North Shore was without question one of the all-time great individual performances in Texas high school football history.

"By the same token, Dematrius Davis has led his team to consecutive Class 6A Division 1 State Championships while posting simply spectacular numbers both on the ground and through the air. All this, with still one season of high school football still to play. So, based on his dual-threat, off-the-chart stats with remarkably a senior season still ahead, I'm going to give a slight nod to Davis. That being said, can I pick them both?