Autopsy reveals man shot several times before he was run over by multiple vehicles in hit-and-run, sheriff says

Mirai Nagasu's 2018 Olympics began with a historic triple Axel—the first ever landed by an American woman at the Winter Games. The program boosted the United States to a bronze in the team figure skating event and put a bow on Nagasu's redemption story, which began when she didn't make the team headed to Sochi in 2014 after debuting at the 2010 Vancouver Olympics.

However, Nagasu's final moments in PyeongChang were less auspicious. Team USA's oldest skater popped her triple-Axel attempt in the women's free skate and finished 10th in what could very well be her final appearance at the Games. But despite the disappointing performance, Nagasu took to Twitter to reflect positively on her Olympic experience.

However, Nagasu's comments immediately following her free skate drew criticism. Having already won a medal, Nagasu said she considered anything after the team event "icing" but also stated that she had "saved" Team USA's spot on the podium along with Adam Rippon and Maia and Alex Shibutani, implying that teammates Bradie Tennell, Nathan Chen, Alexa Scimeca Knierim and Chris Knierim had not done enough to secure the bronze (this wasn't true, as the U.S. had a firm grip on third place by the time Nagasu began her skate). Nagasu also said her packed schedule in PyeongChang—including rigorous training and various media commitments— had exhausted her, along with a lack of hot water in her apartment in the Olympic Village.

HEAR from Nagasu after free program 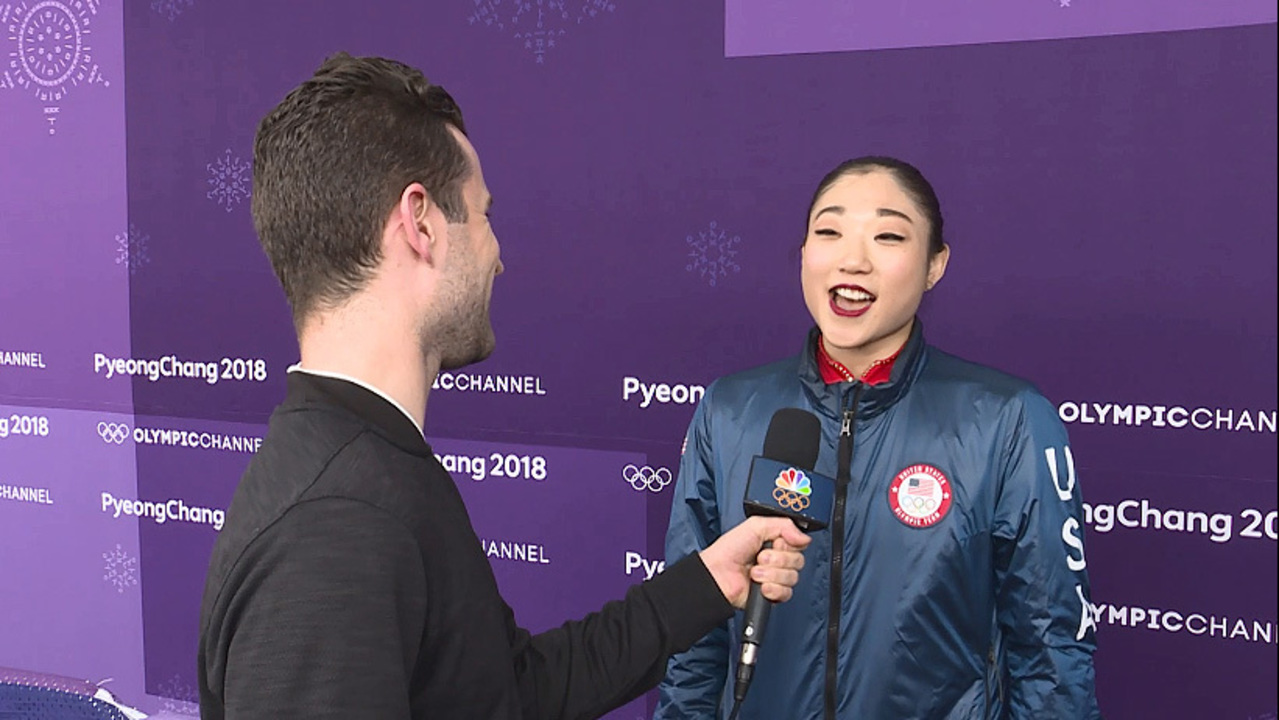 "She fluttered through the interview like a butterfly at a funeral, oblivious to everything happening around her," Michael Rosenberg wrote for Sports Illustrated. "Bizarre only begins to describe it. She even took shots at other skaters, though it was unclear if she even realized she was doing it."

Nagasu's most highly publicized remark came as she spoke about enjoying herself on the ice even as things weren't going perfectly. "I smiled in the middle of my program, which is really rare for me. So I enjoyed myself, and I thought of this as my audition for Dancing with the Stars," she said. "I would like to be on Dancing with the Stars because I want to be a star."

Los Angeles Times columnist Dylan Hernandez took issue with the comment. "Of course, she could have become a star if she didn't mentally check out of this competition," he wrote.

But after rebounding from the disappointment of Sochi, Nagasu was understandably proud of her achievements in PyeongChang, regardless of the criticism aimed at her.

"I didn’t back down," she said, "and though I got zero points for my triple Axel, in my mind I went for it.”

Nagasu can always remember the words her mother said to her before she took the ice for the free skate: "Who cares if you get last place—making [the Olympics] is the hard part."

©2018 NBCUniversal. All rights reserved. Any use, reproduction, modification, distribution, display or performance of this material without NBC Universal's prior written consent is prohibited.