LAREDO — U.S. Rep. Henry Cuellar, a moderate Laredo Democrat, won reelection in South Texas’ 28th District after knocking off Republican challenger Cassy Garcia, according to Decision Desk HQ. Cuellar secured his 10th term in office amid the most politically challenging year of his career, which saw his home and office raided by the FBI in the weeks before his primary election. He has not been charged and has denied wrongdoing.

The TX-28 race is one of three congressional seats in South Texas where Republicans hoped to build on gains in a region where Democrats have long dominated.

But Cuellar said in an interview early Tuesday that he was never worried. He said he has been building relationships in his community throughout the years.

“I am a congressman, but I always have run as a mayor because I look at the local issues,” Cuellar said. “Tomorrow morning I start to work again.”

From providing more after-school learning programs for students in San Antonio through faith-based organizations to allocating money to build clinics in underserved areas in Laredo, Cuellar said he is focusing on individual communities when he is out campaigning.

Cuellar said former President Donald Trump was “a force of nature,” but he didn’t see hoards of Hispanic Texans defecting from the Democratic party as Republicans had portrayed.

But unlike other Texas Democrats, Cuellar said he focused his campaign on two issues that aligned with Republicans: protecting the oil and gas industry and boosting law enforcement and border security.

“I want to thank my family, my team and everyone who believed in me. I gave it my all, but unfortunately, we came up short tonight,” Garcia, his opponent, said on Twitter. Garcia congratulated Cuellar on his victory.

Cuellar faced a contentious primary before advancing to the general election. He narrowly defeated progressive candidate Jessica Cisneros by less than 300 votes. Cisneros blasted Cuellar in the primary for voting with Republicans on key issues.

In July, Cuellar voted against the Women’s Health Protection Act of 2022, which aimed to preserve abortion access that the federal level. It never received a vote in the Senate.

Cuellar was also hammered by Republicans this year who sought to cast him as corrupt over the FBI raid. No charges have been filed and Cuellar’s attorney has said that the congressman is not the target of the investigation.

“The incumbent cannot pick up the phone and ask the [Department of Justice] to prosecute gangs and cartels when he’s afraid they’ll tell him, ‘Hey, Henry, now that we have you on the line, let’s talk about our ongoing criminal investigation against you,’” Garcia said in an interview with The Texas Tribune in September.

Toward the end of the race, Republicans released a TV ad attempting to link him more directly to Mexican drug cartels. The commercial from the National Republican Congressional Committee cites a 2006 campaign contribution that Cuellar got from the wife of a San Antonio man later accused of money laundering for the cartels. Cuellar’s campaign said they had donated the contribution to charity after learning the man’s brother had been killed in Mexico in a cartel-connected slaying. 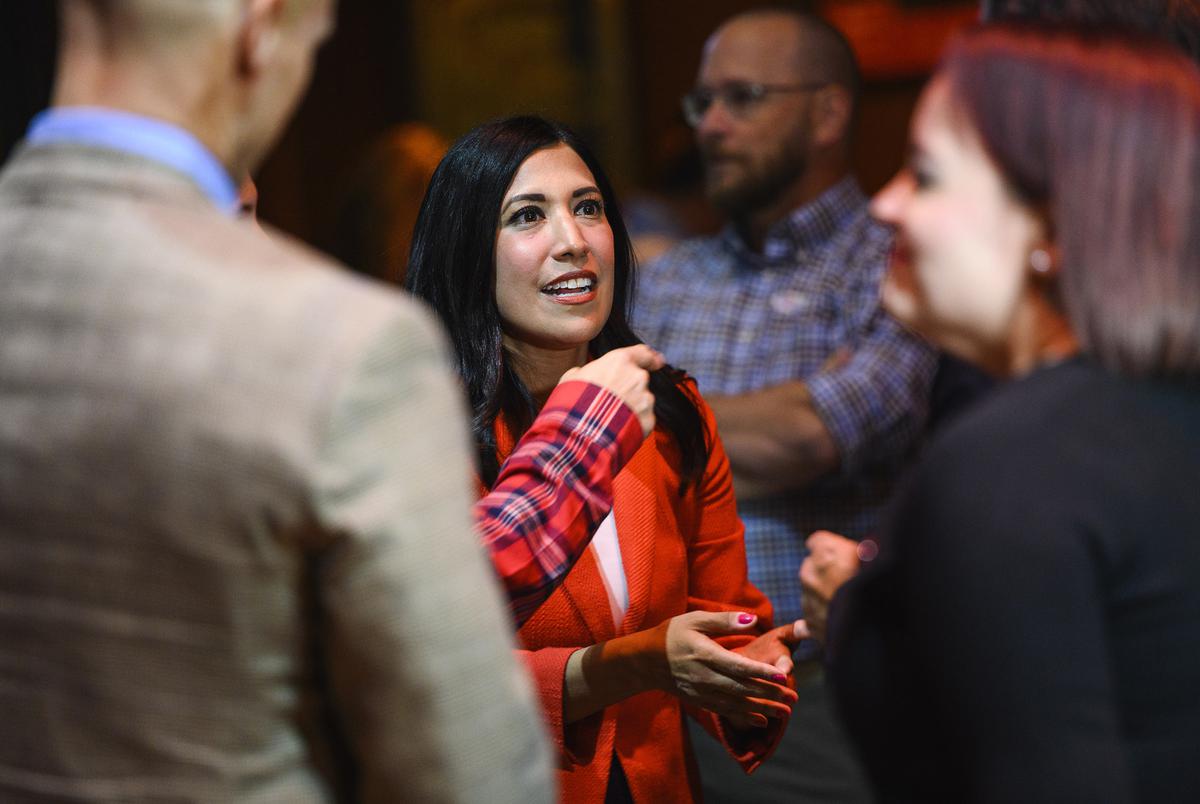 But Cuellar spent the lead-up to the election playing up his moderate bona fides, frequently distancing himself from the White House on issues like abortion. The congressman was a frequent guest on right-wing media outlets such as Fox News. In two Fox News interviews in June, he railed against the record number of border crossings in Texas — echoing many conservatives — and scorched the “far left” of his party that “doesn’t understand reality.”

Cuellar made another Fox News appearance in September in which he lambasted the Biden administration’s border policies, saying he wants more deportations.

“They’re making it very hard for Democrats, where the Republicans are pouncing on Democrats, saying they’re not for secure borders,” Cuellar said.

Leaning into his moderate persona paid dividends for Cuellar’s fundraising efforts, outpacing his previous efforts in all other elections and raking in money from political action committees that primarily contribute to Republican candidates and support conservative causes.