‘We will prosecute without favor, without fear’: Recently appointed Alamdar Hamdani is the 4th U.S. Attorney of South Asian descent in nation, 1st in district

If you or someone you know has been sexually assaulted, you can receive confidential help by calling the Rape, Abuse & Incest National Network’s 24/7 toll-free support line at 800-656-4673 or visiting its online hotline.

The caretaker accused of selling nude photos of two teenage victims of sexual abuse at a state-contracted shelter in Bastrop was previously fired from a nearby state juvenile facility for having inappropriate relationships with children in her care, state records show.

Iesha M. Greene was fired by the Texas Juvenile Justice Department in April 2020 after seven months on staff at the Giddings State School in Lee County. She was hired 16 months later by The Refuge, a private Bastrop facility for girls who have been sexually abused.

Texas authorities say Greene in January solicited and sold nude pictures of two girls in the facility’s care. The incident eventually led authorities to shut down the 50-acre ranch while they conduct an investigation.

The Refuge officials have testified that they run state-required background checks on all prospective employees and that Greene’s screening revealed she did not have a criminal record.

The Refuge spokesperson Steven Phenix said the facility was “absolutely not” aware Greene was fired from Giddings, which he said would have prevented her hiring at the Bastrop facility.

Phenix said Greene did disclose her employment at Giddings, but The Refuge’s hiring staff never contacted her former supervisors there. The Texas Tribune obtained Greene’s personnel files, which are publicly available, through a records request.

The incident has prompted The Refuge to strengthen its hiring practices, Phenix said. 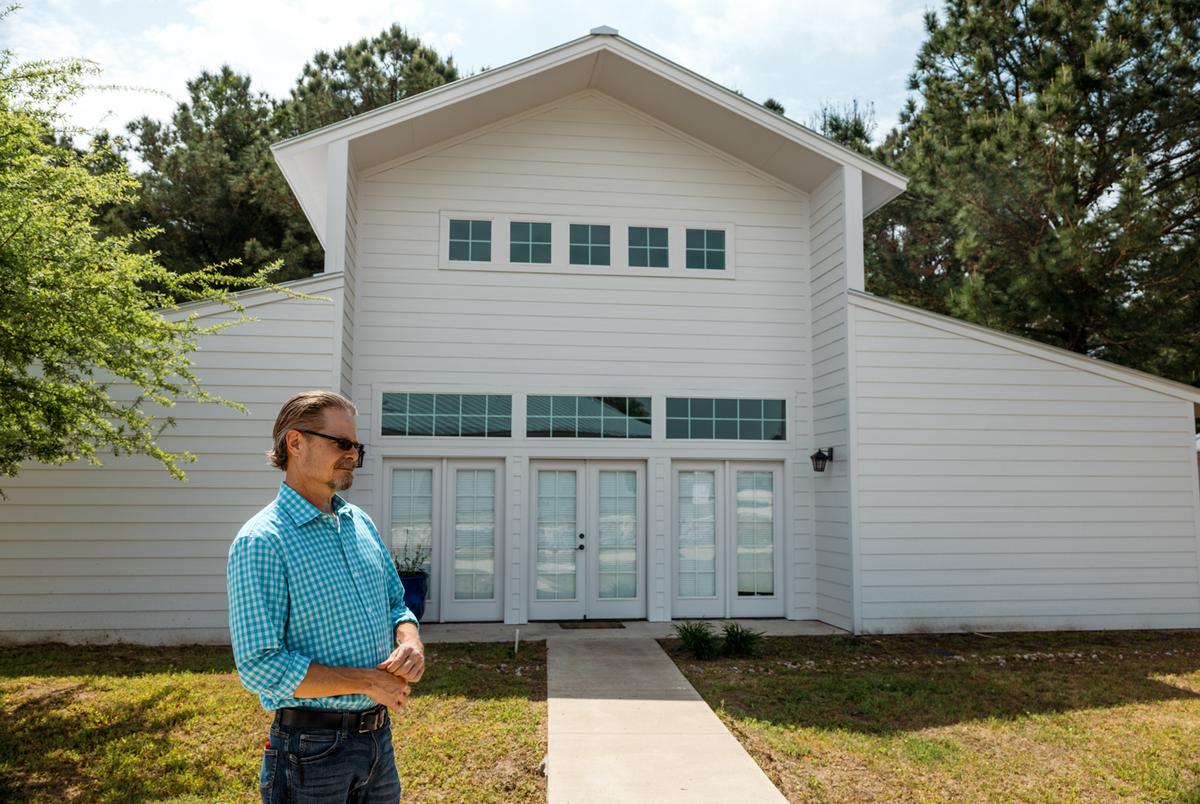 Steven Phenix, spokesperson for The Refuge, said the facility was “absolutely not” aware Greene had been fired for inappropriate relationships with children in her care, which he said would have prevented her hiring at the Bastrop facility. Credit: Jordan Vonderhaar for The Texas Tribune

“We have instituted requirements that go above and beyond the state’s requirements to further reduce the chances a hire like this will be made again,” he said. He described Greene as a “perpetrator with criminal intent.”

Greene was hired as a youth development coach at Giddings, a correctional facility for boys, in September 2019, Juvenile Justice Department records state. Six months later, the department launched an investigation into Greene regarding her conduct during a shift on Feb. 23, 2020.

The assigned investigator reviewed surveillance footage from that day and stated in a report that Greene allowed youths to use a staff phone and computer, against policy, where they accessed social media and pornography, some of which they printed via a staff printer.

Greene also left boys unattended for 90 minutes that day, the report states, and several teens at the facility said Greene was “flirtatious” with them. The report concluded Greene had acted inappropriately with the children in her care and that her conduct had a “significant risk of causing substantial emotional harm” to them.

The agency fired Greene in April 2020 and barred her from future employment there.

Greene could not be reached for comment Thursday. She has not been charged with a crime related to her alleged conduct at The Refuge; an investigation by the Bastrop County Sheriff’s Office is ongoing. Steven McCraw, director of the Texas Department of Public Safety, told lawmakers at a hearing last month he believes Greene will be charged with sexual exploitation of a child and possessing child pornography.

The Refuge said Greene claimed to have previously worked for six other state-licensed child care facilities before she was hired. The shelter’s staff declined to share Greene’s résumé.

Greene was an overnight supervisor at The Refuge, tasked with watching over youth while their primary staff caretaker slept. After the accusations against Greene emerged, shelter leaders say they also learned she had allowed the residents to use her smartphone, a policy violation, and slept on the job.

The Refuge, which has been shut down since March 11, hopes to convince state regulators to allow it to reopen. Out of 324 residential child care facilities in Texas, The Refuge is the only one to have its license involuntarily suspended since 2021, a Department of Health and Human Services spokesperson said.

The suspension was triggered by Greene’s alleged actions and a previous incident in which two of the shelter’s residents ran away Feb. 20 with the aid of other employees. The Refuge fired the two employees found responsible for the latter incident, and the teenagers involved were returned to the facility.

The state currently requires facilities that work with children like The Refuge to run background checks on all their prospective hires. However, those checks would inform employers only whether job candidates have a criminal record and would not have included information about previous terminations or the reasons they were fired.

The Refuge leaders say they’re ramping up their background check process and enlisting Praesidium, a third-party service that scours public records in addition to those found by traditional background checks. The tool was recommended by Gov. Greg Abbott’s office after The Refuge case became public. It’s unclear whether the service would have flagged Greene’s misconduct report and termination at Giddings State School.

The Refuge officials reported the sexual abuse allegations against Greene to the state and fired her on Jan. 24, the same day they say they learned of the incident. Since then, the situation has been under investigation.

The state removed all the children in The Refuge’s care on March 9, five weeks after the facility reported the allegations against Greene. A day later, U.S. District Judge Janis Jack called an emergency court hearing.

Jack was particularly concerned over the situation because the youth at The Refuge weren’t removed even after it became clear that some of Greene’s relatives also worked there. Four other shelter employees were related to Greene. None of them remain employed by The Refuge.

State officials and a federal court also blasted how the state’s child care agency handled and escalated reports on The Refuge case in the weeks after the facility reported the incident. Neither Texas Department of Family and Protective Services higher-ups nor the federal court overseeing the state’s foster care system were notified about the situation until weeks later, they say. DFPS Commissioner Jaime Masters blamed not finding out quickly about the situation on an “unbelievable” culture problem on a small team within DFPS. Two employees were fired as a result.

However, Justin Lewis, former director of child care investigations for Texas’ protective services agency, said that DFPS was scapegoating those employees before he turned in his own resignation. He said decades of systemic issues and convoluted processes have led to communication breakdowns in the troubled agency — and kept DFPS executives out of the loop.

After the situation was made public by the federal court, the Texas House and Senate each had hearings to go over details of the incidents at The Refuge and take an overall look at the foster care system.