Commercial vehicles trying to enter the United States to deliver products from Mexico have been backed up for hours at Texas ports of entry following Gov. Greg Abbott’s directive on Wednesday that state troopers increase inspections.

“This continues to add disruption to our supply chain,” said Ermilo Richer, the owner of a 100-year-old logistics company in Laredo who said his trucks were taking between four and five hours to cross from Mexico. “It’s just something we don’t need right now.”

Abbott’s order is part of his push to stiffen security at the state’s southern border as the Biden administration in Washington, D.C., plans to end a pandemic-era emergency health order that had allowed federal officials to turn away migrants, even those seeking asylum. But officials in cities that depend on cross-border trade as economic engines fear negative impacts that the increased vehicle inspections could have.

“We value border security but it’s got to be weighed very carefully with the Texas economy,” said Laredo Mayor Pete Saenz. “Any slowdown in commerce at our bridges is a definite slowdown in our economy.”

On Friday afternoon, U.S. Customs and Border Protection showed five-hour delays for entry into Laredo through the Laredo-Colombia Solidarity International Bridge. The port of entry in Pharr had delays of more than four hours. El Paso’s two inland ports had delays of three hours.

Neither the Texas Department of Public Safety nor Abbott’s office responded to requests for comment.

On Abbott’s order, DPS troopers appear to be checking every one of the thousands of commercial vehicles that cross selected ports, local officials said. The trucks are pulled over to DPS checkpoints after they are inspected by CBP at the international port of entry. Abbott said he is targeting commercial vehicles because drug cartels use them to smuggle humans and drugs into Texas. 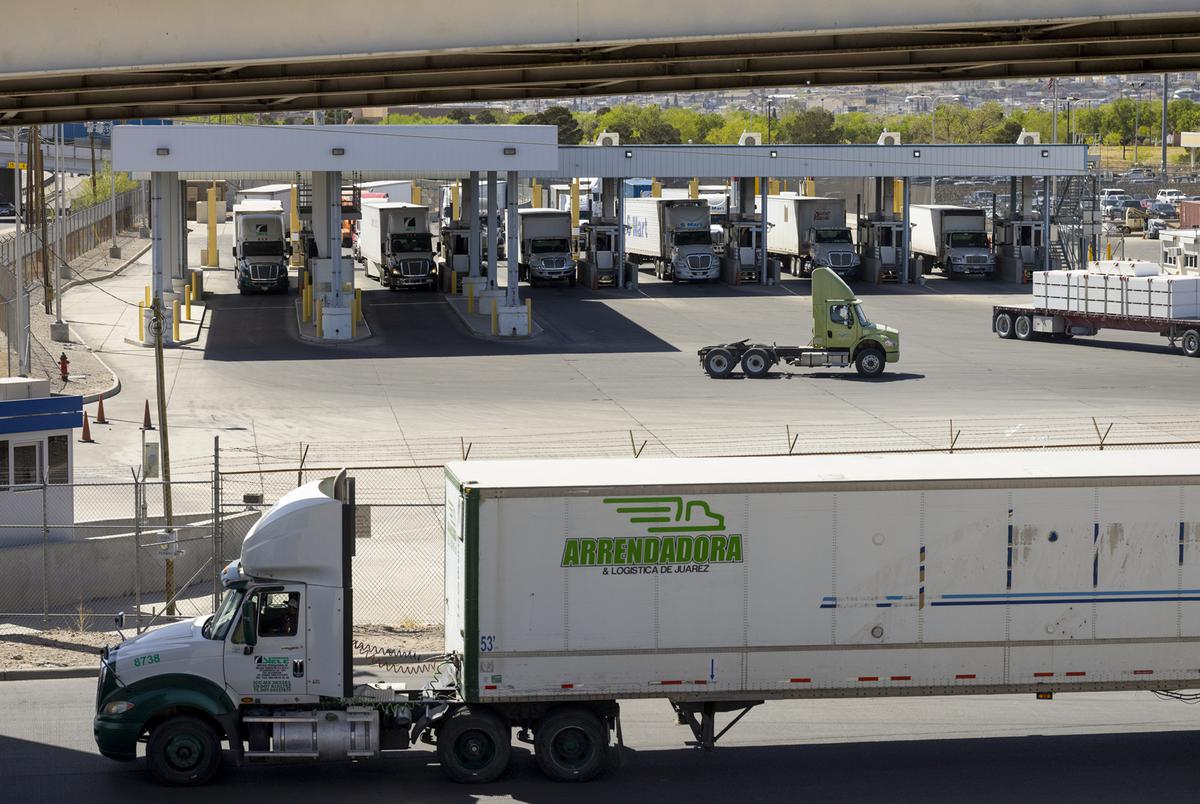 But DPS troopers can conduct only mechanical inspections, leading some, like U.S. Rep. Henry Cuellar, D-Laredo, to question the efficacy of Abbott’s orders. He said DPS had told federal officials they intended to check every vehicle and each inspection could take about 45 minutes.

“I don’t know what the rationale is,” Cuellar said. “If you’re worried about too many people coming in but you can’t inspect the cargo, that doesn’t accomplish anything except make things uncomfortable and have a negative impact on commerce.”

David Coronado, managing director for international bridges and economic development in El Paso, said between 2,500 and 3,000 trucks flow between Ciudad Juárez and El Paso every day. It’s those businesses and the companies they’re servicing who will suffer because of the delays.

“The major impact right now is on trade and what it’s doing to the business community in El Paso and Juárez,” he said.

Mexico is Texas’ top trading partner, doing $442 billion in total trade last year. That trade includes automobile parts that move back and forth across the border, machinery, electric equipment, plastics and produce.

As the United States continues to struggle with supply chain problems, border residents steeped in the importance of cross-border trade worry about the impact on the country’s broader economy.

Dante L. Galeazzi, TIPA CEO and president, said his association fears businesses will move out of Texas to neighboring Mexico and Arizona.

“Warehouses have staff sitting idle, with no trucks to unload. Buyers in other parts of the country cannot understand why their product is not available. US trucking companies are losing money as they sit around for days with no loads to haul,” he said. “This is destroying our business and the reputation of Texas.”

Cuellar said the goods crossed through Texas’ ports go across the country, including popular produce like avocados and tomatoes, as well as parts for the auto industry in Michigan.

“The chain of supplies we have will affect wherever these companies may have their base,” he said. “This is going to add to the pandemic chain of supply problems we’ve been having and will be man-made by the governor.”

“Our state and our nation depend on the reliable, uninterrupted flow of goods to meet our nation’s needs. By implementing this action, Governor Abbott is exacerbating the supply chain crisis to further his crusade at the border,” Gonzalez said in a statement. “In halting legitimate trade, he is hurting Texans – the people he was elected to serve. I urge the governor to rescind this action immediately and restore normal operations along the southern border.”

Abbott, a Republican who is seeking a third term in November, is pushing to win over Latino support in South Texas for his reelection bid. He’s railed against the Biden administration’s inaction on immigration to win over some supporters in that area of the state and said he was increasing vehicle inspections in response to Biden’s planned cancellation of Title 42, the pandemic-era order that allowed officials to turn people away at the border.

But in doing so, he may be turning off some of the voters he’s trying to win over.

“I know Gov. Abbott is right now really focused on Title 42 that Washington wants to cancel. I understand his frustration with Washington. But that’s another issue,” Richer said. “We definitely need to make sure Washington figures out how to keep Title 42 open and control immigration but we need Gov. Abbott to make the right calls and not affect a community that’s got nothing to do with immigration.”

Cuellar, the Laredo Democrat, is one of a handful in his party who also support keeping the emergency health order in place. But he said Abbott’s response to the Biden administration will hurt only border communities that depend on cross-border trade.

He was already fielding nervous calls from constituents and he encouraged them to voice their concerns to Abbott.

“The best thing to do is to let the governor know that what he’s doing is not accomplishing what he wants,” he said. “I don’t know what this has to do with Title 42. This is impacting trade, commerce.”

Jason Beeferman contributed to this story.