5 warnings, a watch and 5 advisories in effect for 16 regions in the area

5 warnings, a watch and 5 advisories in effect for 16 regions in the area

Houston Newsmakers: The nasty politics of the state and nation

The stories behind the Texans lost to COVID-19

At 16, Sha’Niyah McGee could see her future clearly. She wanted to go to college to become a pediatrician and own a nail salon and somehow, some way, she wanted her younger siblings to come to a university with her.

“She’s that kind of person,” her grandmother, Laurena Ellis, said. “She didn’t have a bad bone in her body.” 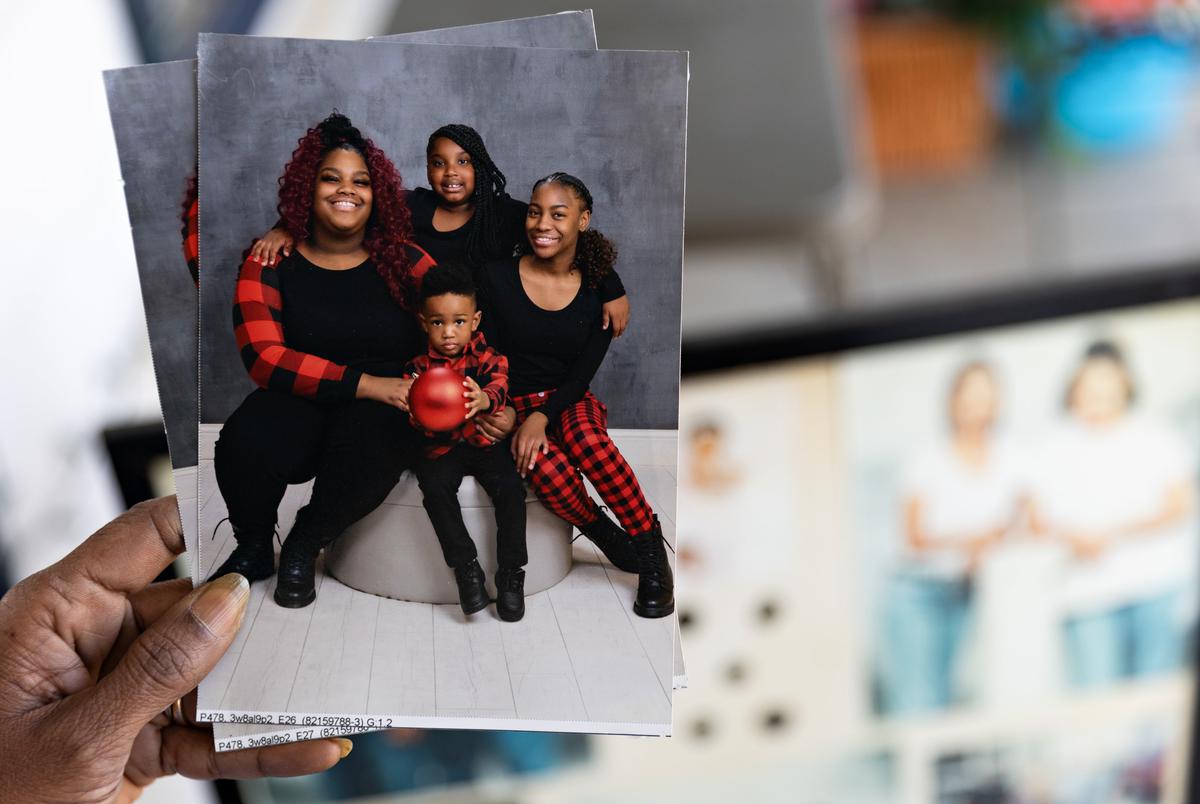 Laurena Ellis holds a photo of her granddaughter, Sha’Niyah McGee, left, with her siblings when Sha’Niyah was 15 years old. Sha’Niyah was 16 and a junior at Berkner High School in Richardson when she died unexpectedly after contracting COVID-19 in September 2021. Credit: Shelby Tauber for The Texas Tribune

But unfortunately, none of this will come to pass. On Sept. 28 — the day Sha’Niyah emerged from her bedroom where she spent days recovering from COVID-19 to return to school — she collapsed in her Dallas home and died, becoming one of over 100 Texas coronavirus fatalities under the age of 19.

As the coronavirus pandemic moves into a third year, recent data provides a clearer picture of COVID-19’s deadly impact in Texas. Today marks the one-year anniversary of when vaccines were widely available to anyone over the age of 16 and in that time, deaths have slowed considerably.

Vaccines became available to those 12 and older last May. Between then and January, COVID-19 killed about 29,000 Texans. About 82% of those deaths, including Sha’Niyah’s, were among people who had not been vaccinated.

Behind these figures are real families, broken by the deaths of loved ones lost too early to a disease that often infects several members of a family at once. Sha’Niyah’s mother, Felicia Boulden, eventually recovered only to arrange her oldest daughter’s funeral.

Ellis said her granddaughter Sha’Niyah had planned to get the shots after she fully recovered from COVID-19. Now, everyone eligible in the family has received the vaccines. Ellis and Boulden have struggled to understand how Boulden lived but Sha’Niyah died.

“We think she bargained with God to leave her mother for her sisters and her brother,” Ellis said. 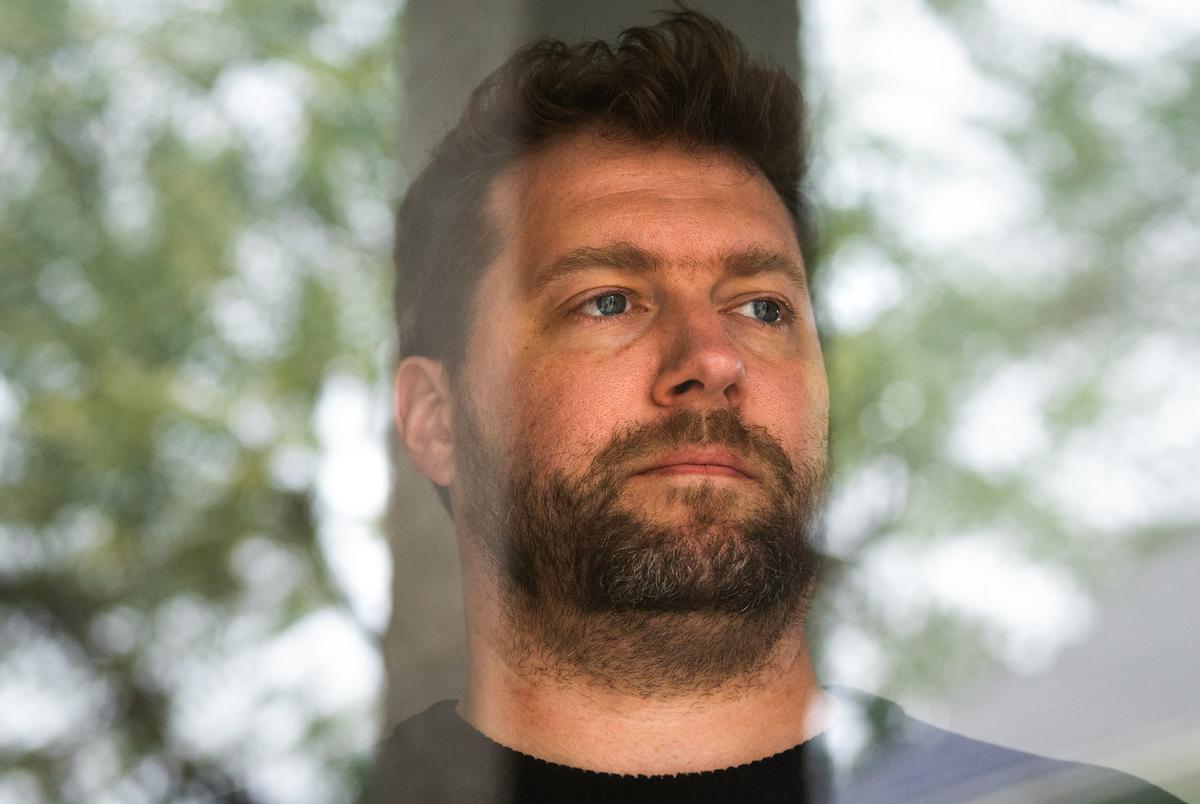 “One of an unnecessarily large number”

Vaccination has dramatically changed the impact of the coronavirus, which first appeared in the United States in early 2020. Before vaccines were available to everyone a year ago, Texans 80 and older died most frequently from COVID-19.

But when the coronavirus’ delta variant hit last September, a high vaccine rate for older Texans protected them, while deaths among younger residents began rising. Adults in their 60s died more often than any other age group during the surge, followed by those in their 70s and those in their 50s.

Brent Earles, 65, of Dallas, was one of those Texans in January. He worked as a shopping mall Santa for years, hoisting children onto his lap and listening to their Christmas wishes.

“My mom commented that it was probably one of the happiest times that she’s ever seen him was being Santa at this [last] event, but it is almost certainly where he contracted COVID,” his son Jared Earles said.

On New Year’s Eve, doctors rushed an unvaccinated Brent Earles, as he struggled to breathe, into the intensive care unit, where he remained for a near monthlong fight against COVID-19.

On Jan. 25, he died four days after his 65th birthday, one of the nearly 2,000 Texans in their 60s who have died in the first two months of this year from the virus.

“It’s the natural order of things that at some point in your life, your parents die,” Earles said. “Certainly, I didn’t want or expect it to be like this, so suddenly and so needlessly. My dad had a lot of living left and he had a lot more to give.”

In the beginning, Earles’ family and doctors thought Brent would make it. He had battled with COVID-19 pneumonia in both lungs. Two weeks in the hospital stripped him of 20 pounds, but he had improved enough that doctors prepared to move him out of the ICU.

In those early days at the hospital, Jared said, his father began to think seriously for the first time about getting the shots.

Brent had held concerns about the vaccine’s safety, which he and his son regularly discussed. His son wanted him to get vaccinated, but the older man refused. That seemed to be changing as Brent slowly regained his strength. 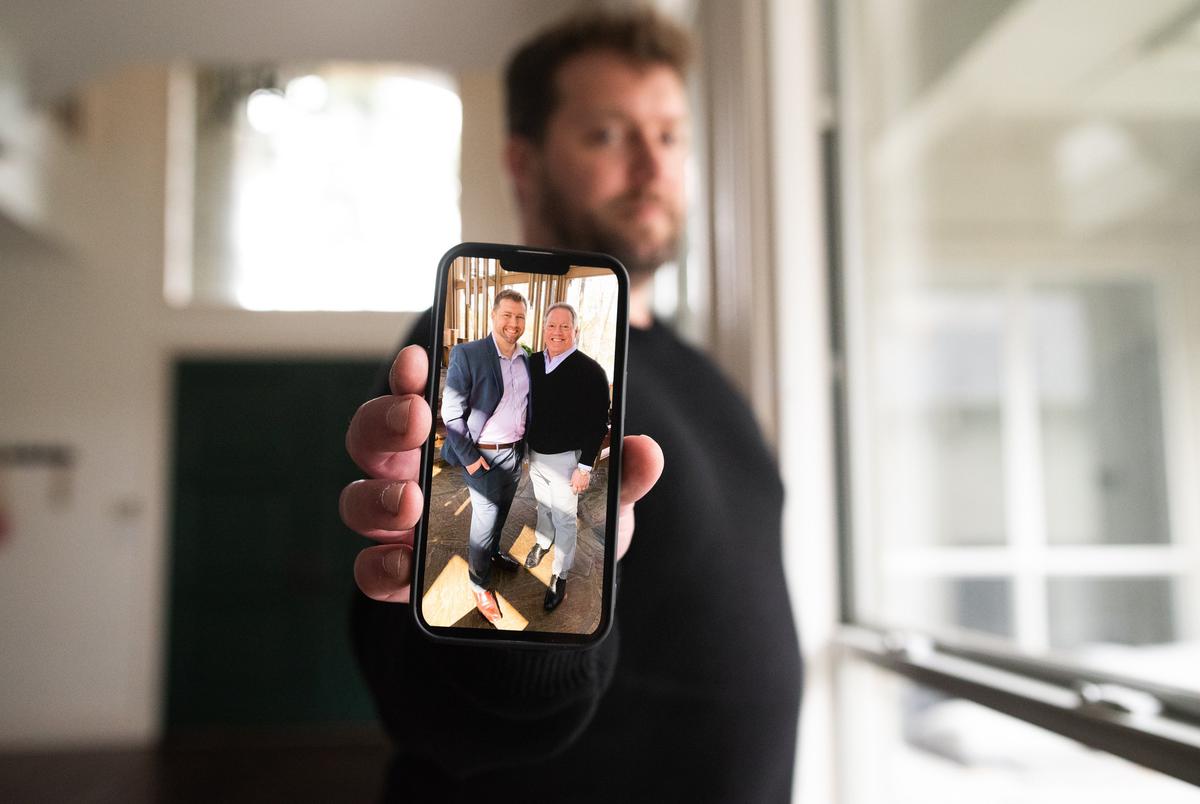 Jared Earles shows a photo of him and his father on his phone. Credit: Ben Torres for The Texas Tribune

“On one hand, my dad is a number. To most people, he’s just one of an unnecessarily large number. And he also fits in that unvaccinated camp,” But, Jared Earles added, “He was much more than a statistic to me.”

As Brent was preparing to move out of the ICU, Brent’s mother, who was unvaccinated, died of COVID-19. Soon after, new scans revealed a severe regression in Brent’s lungs.

“His lung scans kind of went from mostly clear to terrible,” Jared said. “[For] COVID cases, it’s a long, slow, arduous recovery, and setbacks are extremely fast and often fatal. And that’s what happened.”

In Brent’s last moments, the father passed the torch to his son. Jared had moved back to Texas seven years ago to work with his father.

“He told me … that I had surpassed him,” Jared said. “And it was my time to continue on.”

The future of the pandemic

About two months have passed since the omicron surge, which took the lives of at least 6,000 Texans, and the state is seeing a relative respite from the pandemic as COVID-19 restrictions begin to lift.

Texas is now averaging about 60 deaths a day, down from over 200 daily deaths at the height of omicron. During the delta variant peak, there was an average of 300 deaths in one day.

While death rates have slowed, the United States is still on track to reach 1 million COVID-19 deaths in the coming weeks. Texas leads the nation with the second-highest number of COVID-19 deaths behind California, which records about 2,000 more deaths despite having 10 million more people. Overall, Texas has had 296 deaths per 100,000 residents since the pandemic began, ranking it roughly in the middle of all states.

However, other variants will be coming. A mutation of omicron, called BA.2, is currently causing surges across Europe. Dr. Anthony Fauci, director of the National Institute of Allergy and Infectious Diseases, said it is at least 50% more transmissible than its predecessor but does not appear to cause a deadlier illness. Federal data showed the new strain accounting for 1 in 4 new U.S. COVID-19 cases.

While Fauci is expecting an uptick in domestic cases, it is unclear if the increase will reflect the intense surges seen this past January and last September.

Rebecca Fischer, an infectious disease epidemiologist at the Texas A&M University School of Public Health, said Texans should keep their guard up.

“We’re doing OK right now, but this is the time to gain ground on the virus,” Fischer said. “By no means is this a time to act like the pandemic is over.”

Despite the virus’ mutations, vaccines are still the best defense against COVID-19. Right now, the state’s fully vaccinated rate sits at just below 60%. Booster rates are even lower and now there’s a second booster to be made available this month. Only 22% of Texans have received a booster shot. Increasing these rates will not only prevent death but will make the emergence and transmission of new variants more difficult.

Fischer does believe there will come a time where the individual and public health measures will have largely suppressed the virus, and that time could be close, but only with significant investment in public health services.

Earlier this month, Republican pushback prompted Congress to cut $15.6 billion for COVID-19 relief that would have paid for treatments, vaccines and testing. If Congress does not release additional funds, the money for COVID testing and treatment for America’s tens of millions of uninsured people could likely run out in April.

Disclosure: Texas A&M University has been a financial supporter of The Texas Tribune, a nonprofit, nonpartisan news organization that is funded in part by donations from members, foundations and corporate sponsors. Financial supporters play no role in the Tribune's journalism. Find a complete list of them here.