When Brittany Phillips Ramirez relocated her family back to her hometown of Waco over the summer, COVID-19 precautions at Mountainview Elementary School were foremost on her mind. And as the delta variant spiked, she even considered home-schooling her 6-year-old daughter because she worried that the school district might adopt a more relaxed approach when it came to students wearing masks at schools.

But shortly after classes began, the Waco Independent School District made a bold choice that surprised residents like Ramirez. It became one of about 70 school districts in Texas at the time to adopt a mandate that students wear masks while in school.

And it did so in defiance of Gov. Greg Abbott’s executive order barring public schools from requiring students wear masks.

“I was a little surprised,” Ramirez said. “But when we heard about the mask mandate we were actually dancing around the house in circles. I am not kidding with you.”

But as Susan Kincannon, Waco ISD’s superintendent, explains, the decision followed the deaths of educators in the central Texas region. At the start of the pandemic, Waco lost 49-year-old Phillip Perry, the principal of its G.W. Carver Middle School, to the coronavirus.

Then when students returned for fall classes in August, two teachers in nearby Connally Independent School District died from COVID-19 complications: 41-year-old sixth-grade teacher Natalia Chansler and David McCormick, a seventh-grade teacher, who was 59.

As the community dealt with the loss, Kincannon watched COVID-19 infections among faculty rise sharply during that first week of school. A member of Waco ISD's communications staff, administrative assistant Melissa Perry, became ill and eventually died of COVID-19.

Kincannon felt she had to take stronger actions despite knowing that the district could lawsuit from the state. So, she put a district-wide mask mandate in place. 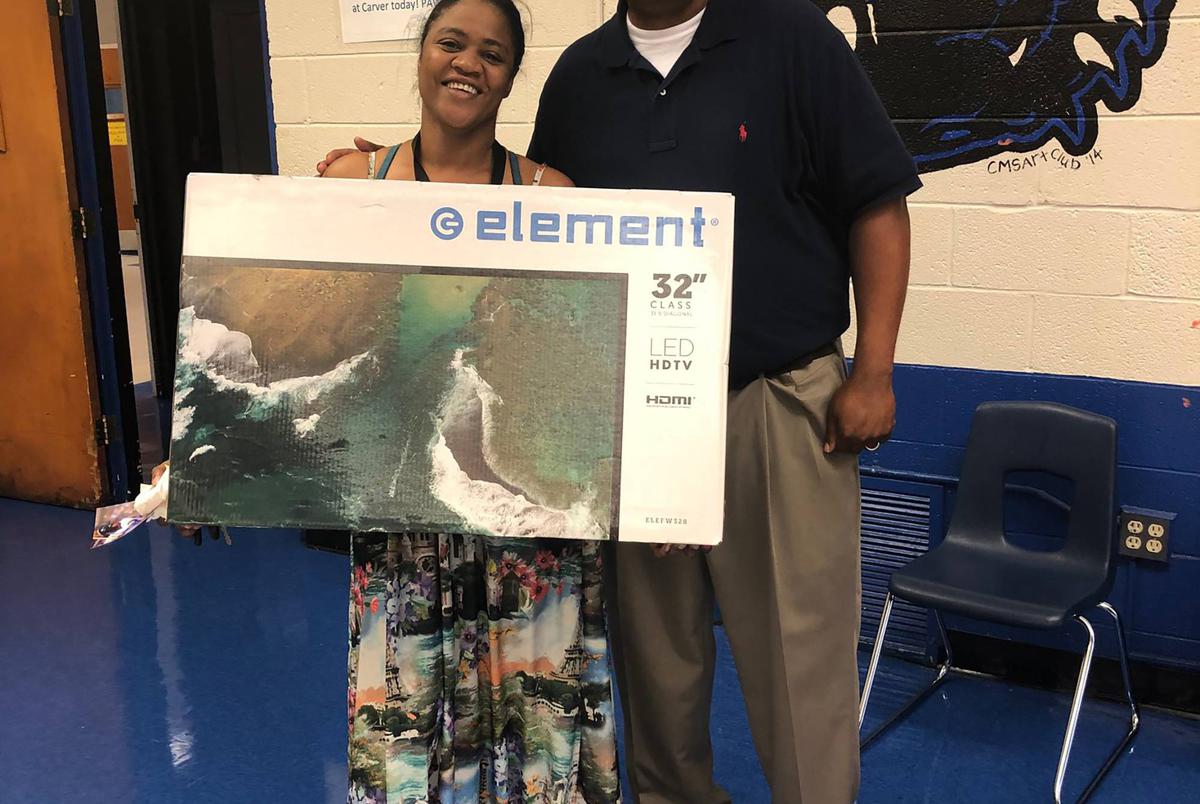 Originally, the superintendent wanted to comply with the governor's orders and leave the decision to wear masks, an individual one. But the loss and the coronavirus spike was too much.

“Cases began to pop really quickly those first three days. We saw 104 cases. Last year, it took us seven weeks to get to 100 cases,” Kincannon said. “The second week of school we saw 285 cases. And so that decision to require masks really came about as a result of what we were seeing in our schools, and how quickly the cases were multiplying.”

The personal loss felt by educators throughout Waco is hard to escape.

Sally Peavy, an art teacher at Cesar Chavez Middle School, remembers hearing about the deaths of the two Connally ISD teachers this August while she was prepping her classroom for the beginning of the school year. She didn’t know them, but it made her stop. Those teachers, she thought, had contracted the fatal disease doing the same thing she was at the time, just minutes down the road.

“I think there is a level of fear when you think about it a lot,” Peavy said.

Rebekah Raabe, a special education teacher at Tennyson Middle School, said the deaths of colleagues made an impact.

“I think when it happens to somebody you know, it makes it a lot more real,” she said.

As expected, the Waco district is now among about a dozen districts in the state facing a lawsuit for violating the governor's order against mandatory mask-wearing in schools.

On Sept. 27, attorneys for the state, appearing at a virtual court hearing in McLennan County, requested a temporary injunction on the mask mandates imposed by Waco, Midway, McGregor and La Vega school districts.

State District Judge Vicki Menard did not issue one but instead ordered a review of whether McLennan County is the right jurisdiction for the case.

The attorney general’s office eventually dropped its lawsuits against the McGregor and Midway school districts. An attorney for Midway ISD informed the judge that masks were encouraged but there was no mandate. McGregor ISD officials said they did have a mandate but at the attorney general office’s request, had decided not to enforce it.

“From a broader perspective, the district questions whether this provision (against mask mandates) is in the lawful use of the governor’s authority,” Kyle DeBeer, Waco ISD's chief of staff. “Clearly we have felt this way from the start or we wouldn't have instituted a mask mandate.”

For now, district officials say they have no intention of dropping its mask mandate which they believe has helped keep the virus at bay. Two weeks after the mask mandate was imposed, the district went from 285 COVID-19 cases to 93. By the fifth week of school, the number of COVID-19 positive cases were the lowest that had been.

Beyond that, district officials have been pleased with the support and faith in what they are doing that they have felt from students' parents.

“It's a responsibility that I take very seriously. We've lost employees along the way. And it's been very sad to watch,” Kincannon said. “It’s not something I ever thought I would have to deal with as a superintendent. It's been a long haul since this began.”