Toward the end of the last school year, Tomas Garcia made the difficult but, in his mind, right decision to leave teaching after 15 years.

Like countless other educators, Garcia has loved the profession since he began teaching in Mexico back in the early 1980s. He came to the United States in the late ’80s and worked odd jobs before deciding to return to the classroom. Garcia was a second grade bilingual teacher at Rucker Elementary in Houston Independent School District. He did a little bit of everything from teaching Spanish to social studies to math.

For him, there was nothing better than seeing a child’s face after they solved a hard math problem. Those were the kind of interactions that drove Garcia back to the classroom day after day, year after year.

But that love eroded over the past year, as the COVID-19 pandemic took a toll on both his physical and mental health. He didn’t feel safe or appreciated anymore. And eventually, it boiled down to a life-or-death decision for him. He contracted COVID in September 2020 and while he didn’t need to be hospitalized for the virus that has killed more than 57,000 Texans, he feared for his life.

“Even though it was going to be hard, I decided to preserve my life, then go back,” Garcia said. “You need to start caring about yourself and that’s what I decided to do.”

Garcia finished out the school year then left his job this past spring, contributing to what many school administrators call a teacher shortage. The jobs are there, but not enough teachers, administrators say. There is a specific need for more bilingual, special education and STEM teachers.

It’s a problem that has troubled school administrators for years, but the pandemic has exacerbated it. Teachers report being spread thin by the demands of remote learning and exhausted by the constant health concerns. The shortage has spilled over to substitute teachers; officials say most substitutes tend to be retired teachers and many don’t want to come back to classrooms during this stage of the pandemic.

In Houston ISD, the state’s largest district, there were more than 700 open positions at one point during the summer, an unusual amount. Houston school officials attribute the high number to the pandemic, pay and family issues.

The district has been able to slash the number of vacancies to a little over 300, still an unusually high number. In previous years, the school district started the year with fewer than 100 open spots. Overall, the district employs about 11,200 teachers.

In Killeen Independent School District, there are 270 teaching positions open, again an unusual amount. The district employs about 3,000 teachers. Killeen ISD school officials attribute the loss of teachers to the pandemic.

Waco Independent School District at one point had about 200 vacancies but was able to fill those up quickly. The district employs about 1,000 teachers. Because of the current shortage, Josie Gutierrez, Waco ISD's deputy superintendent, said Waco will not offer virtual learning even if Gov. Greg Abbott signs the bill passed by the Legislature last month that would fund it because there aren’t enough teachers to go around.

“We were having a hard enough time staffing regular staff,” Gutierrez said. “It's great to have the option but I'm not sure it's really an option at this point.”

According to a survey conducted by Frontline Education, an education software company, there are three big reasons for a nationwide teacher shortage: There is a lack of fully qualified applicants, salary and benefits fall short of other careers and there are fewer new education school graduates.

Districts have said that universities aren’t pumping out the number of teachers required to fill positions, making the market more competitive.

Since 2014, Texas has seen about a 27% decrease in the number of newly certified teachers, according to the Texas Education Agency data.

The immediate problem with fewer teachers is that classrooms become bigger, and experts agree the best way to learn is in smaller classrooms.

Robin Jocius, a professor at the University of Texas at Arlington’s College of Education, said that there needs to be a better support system and mentorship opportunities in school districts to help with teacher retention.

One option to help retain teachers would be to introduce a residency program, similar to those at medical schools, said Andrea Chevalier, lobbyist with the Association of Texas Professional Educators. This would give young teachers the opportunity to learn from a seasoned veteran and not just be thrown into the deep end.

In 2019, Texas lawmakers mandated raises for teachers in a $11.6 billion overhaul of public school finance. The bill also included a merit raise system aimed to help rural and high-need school districts attract talent. In rare cases, the program rewards Texas’ highest-rated educators with hefty pay raises that could balloon to a six-figure salary.

Waco ISD has added teacher retention pay where teachers could earn an extra $10,000 over three years. The district also increased base pay to over $50,000. Houston ISD has expanded its recruitment nationally, and Killeen ISD increased pay to about $52,000. Waco will fund its bonus pay through its federal relief dollars.

Districts are hopeful these strategies work as the COVID-19 situation in schools seemingly continues to worsen.

As of Aug. 29, there had been nearly 52,000 positive COVID-19 cases reported among students and 13,026 among staff since the school year began. That’s about 1% of the 5.3 million students enrolled in the state as of January.

From Aug. 23-29, there were 27,353 new positive COVID-19 cases among students in Texas public schools, according to the Texas Department of State Health Services, making it the biggest one-week increase in the entire pandemic.

At least 45 small school districts across Texas have been forced to temporarily stop in-person classes because of COVID. The never-ending fear of teachers dying from COVID-19 has become a reality at some Texas schools. 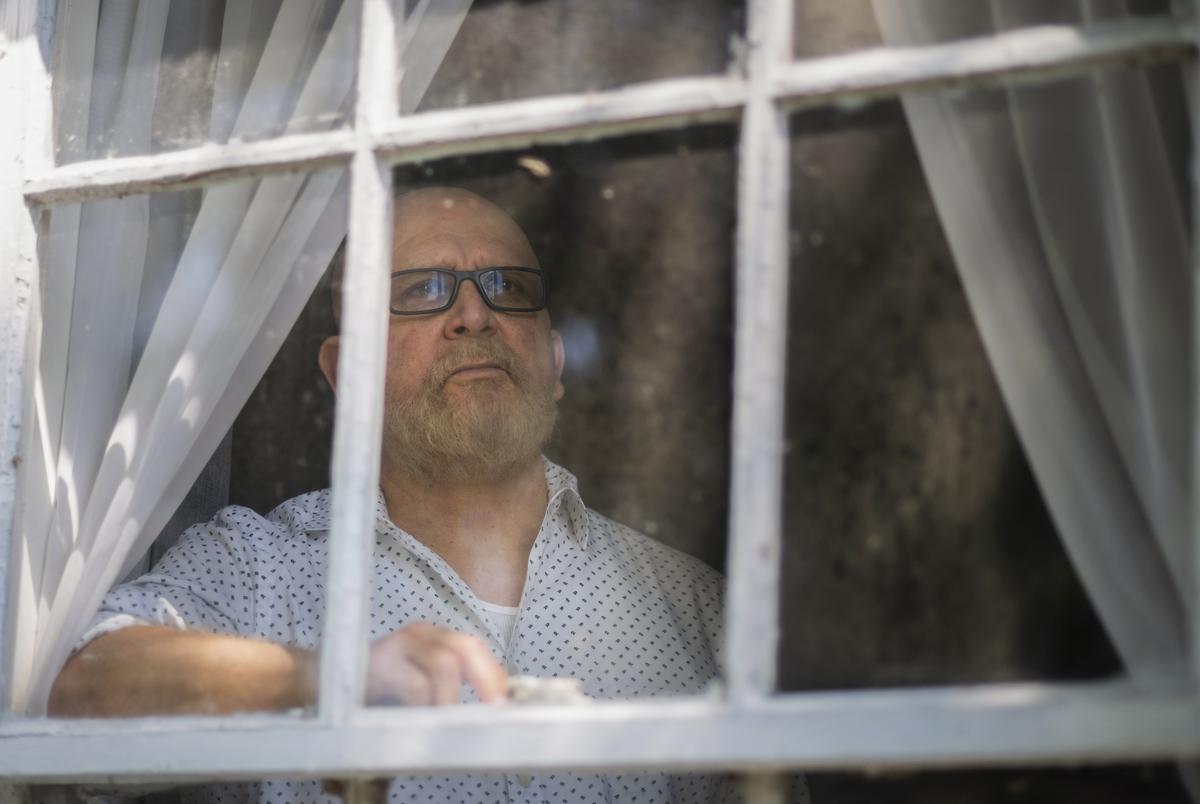 Tomas Garcia looks out of his home in Houston on Wednesday. Credit: Justin Rex for The Texas Tribune

On top of that, teachers have experienced burnout over the last year when combining the stress of the pandemic, teaching both online and in-person classes and an increasing workload. Garcia said he was working 16-hour shifts in some instances over the past year.

“[Teachers are] reaching that point where kind of the benefit isn't worth the risk anymore,” said Chevalier, the teachers' lobbyist.

Chevalier said deteriorating mental health isn’t a point of conversation when talking about teachers and the pandemic. In several surveys given to ATPE members, the organization found that teachers have been put through tough situations, such as being responsible for the health and safety of kids, the politics around mask-wearing and then dealing with parents who harass teachers for policies out of their control.

Zeph Capo, president of Texas AFT, said teachers right now are in the middle of a “war zone” as parents, the state and administrators debate masks and vaccines. While those in power mull their differences, teachers are the front line to maintain whatever policy arises, which creates tension among themselves and the community.

Capo said what’s happening now is a culmination of a challenge that existed even before the global pandemic: Teachers are asked to do too much all the time to the point that they must sacrifice their well-being.

“We've got to change this savior mindset,” Capo said.

For things to get better for teachers, two important things need to happen: The pathway to teacher certification needs to be made easier and pay needs to be increased, Capo said.

In many cases, teachers that teach STEM usually will leave districts to go into a job in their respective field because the pay and the treatment is much better, Capo said.

Brennan Cruser, a former Austin ISD teacher, left her teaching position in July after 17 years in the district and a total of 20 years in the field. For her, the pandemic highlighted what has been wrong with teaching for a long time. Teachers are overworked, underpaid and treated poorly.

During last year's shutdown, when it became clear that schools and teachers provided crucial services to students and their families, Cruser thought it would be different.

“Instead of being held up as like this amazing asset that we have as a community, teachers were told that they were selfish because they were concerned about their own safety,” Cruser said.

Disclosure: Association of Texas Professional Educators, Texas AFT and University of Texas - Arlington have been financial supporters of The Texas Tribune, a nonprofit, nonpartisan news organization that is funded in part by donations from members, foundations and corporate sponsors. Financial supporters play no role in the Tribune's journalism. Find a complete list of them here.