Roofing company offers free tarp services ahead of next rain; Families continue to clean up after storm earlier this week

A Houston day care convinced all its workers to get the COVID-19 vaccine. Now it requires a shot.

Some of her staff were ready to go next. One teacher, 22-year-old Mishelle Acosta, said she didn’t care that her parents opposed the coronavirus vaccine, and got jabbed.

But not every employee at Houston’s Museum District Child Care Center was as eager. Some of the other 15 women working there had questions about the vaccine’s potential side effects, its effectiveness, whether it was adequately tested during its rushed production and if it caused pregnancy complications. 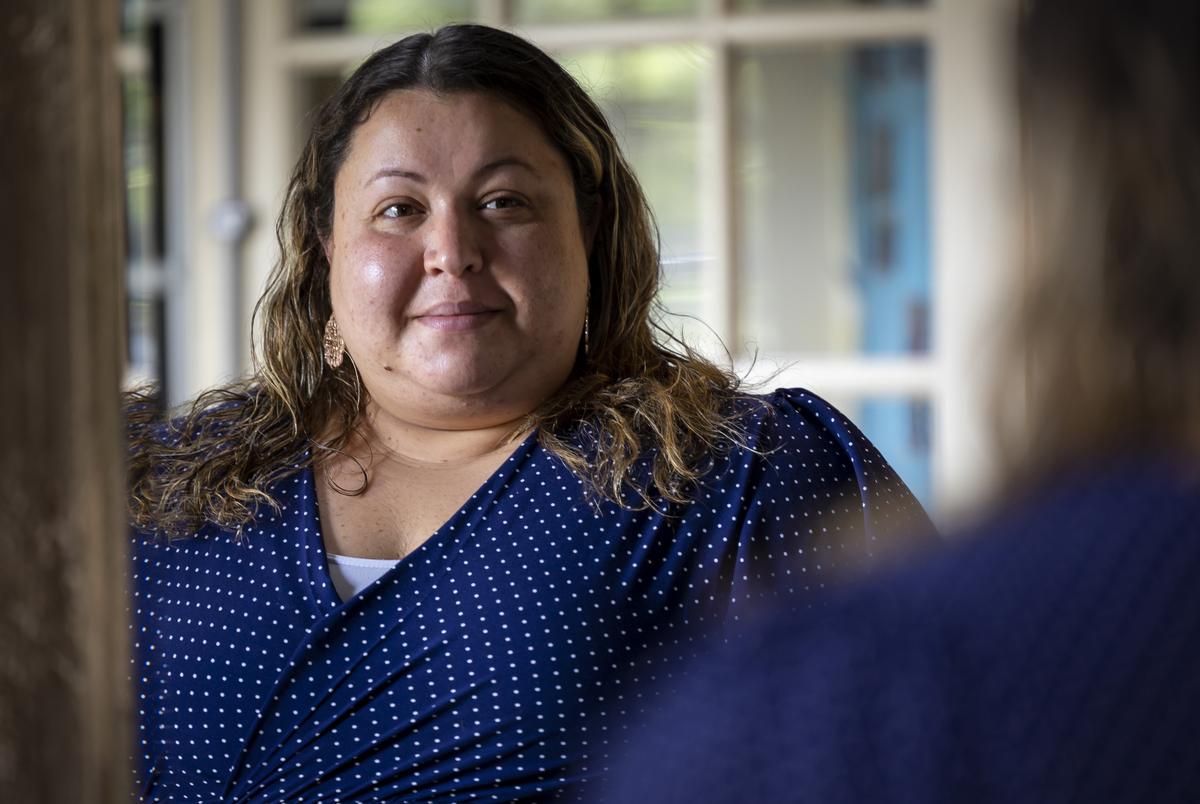 “They started seeing that we were getting vaccinated and we didn’t turn into zombies,” said Flavia Souza, director of the child care center, which cares for roughly 70 children ages 2 through 5.

But some were not ready. Issa Arevalo, a 24-year-old teacher, said she hesitated “because I just felt like there wasn’t enough research [on the vaccines].”

The center’s owners discussed requiring employees to be vaccinated. Some large businesses in other states were making the same calculation, weighing the health benefits of vaccination for staff and customers against individual freedoms and the difficulty of finding new employees during an ongoing labor shortage.

By August, national companies including Disney, Facebook, Google and Tyson Foods announced that their employees must show proof of vaccination or potentially submit to regular testing. That same month, United Airlines said its U.S. employees must be vaccinated by October, while Delta Airlines said unvaccinated employees have to pay $200 per month to remain on the company’s health plan.

But in Texas, where the fast-spreading delta variant has flooded hospitals with COVID-19 patients, large companies, including American Airlines and Southwest Airlines, are “strongly encouraging” employees to get the vaccine, but not requiring it.

One large Texas hospital system — Houston Methodist — announced a vaccine mandate for its massive workforce this spring. After strong resistance by some employees — including a lawsuit that was later dismissed — 153 employees who refused to be vaccinated by the June deadline resigned or were fired.

But mandates have been the exception for businesses in Texas, where Gov. Greg Abbott banned government entities from requiring employees to be vaccinated and signed a bill that will punish businesses that require customers to show proof of vaccination. Violators are cut off from getting state contracts and risk losing their state licenses or permits. When two Austin restaurants last month required customers to show proof of vaccination, the state threatened to revoke their liquor licenses.

Abbott also has banned local governments from enacting measures intended to slow the spread of the virus like government vaccine mandates. Cities, counties and school districts in the state’s major urban areas have responded with lawsuits challenging Abbott’s order and many have defied it. 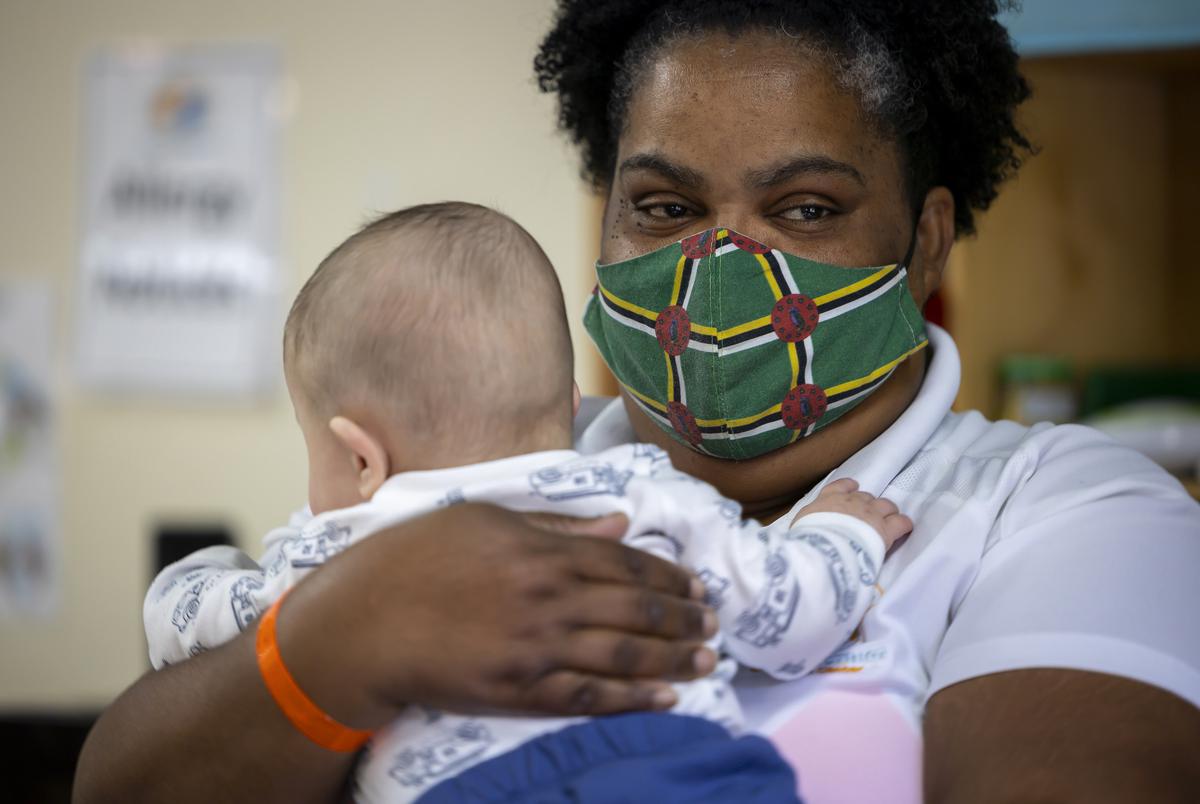 “It kind of comes from our governor and politicians,” Souza said. “They’re the ones setting the rules and setting the examples. I feel like a lot of people would be more strict on the vaccine if they had more support from [political leaders].”

Dr. Vivian Ho, health economist at Rice University, said businesses are generally wary of entering a political conflict, and whether to require vaccination has become a heated argument.

“Government holds the purse strings,” Ho said. “Businesses are affected by all sorts of decisions by government, and Abbott and the state government control their taxes and all sorts of regulations — they can dramatically harm [businesses].”

By May, at least 13 of the 16 staffers at the child care center were vaccinated. That was an encouraging development — women of color make up most of the center's workforce, and according to state health data, about 42% of Hispanic women and 34% of Black women are fully vaccinated, compared to 48% of all Texans. While Souza and the center’s owners decided not to require vaccination at that point, Souza made it her mission to convince them to do it voluntarily.

“The first step was to educate them,” she said.

Parents with children at the child care center said that they’ve seen other centers close during the pandemic, but Museum District Child Care has stayed open — it’s running at capacity. Only once did the center close during the pandemic — right after February’s winter freeze, when Souza and a few others at the center contracted the virus and they closed the facility for a week.

“Miss Flavia and the team were really good about communicating the protocols they had in place, very clean and clear,” said Sehban Zaidi, who has a 2-year-old at the child care center.

Souza implemented temperature checks and mask mandates for employees and sent regular safety protocol updates to parents, who were no longer allowed inside the building — they must drop off and pick up their children at the front door.

But Souza made an exception for one parent, giving him a special invitation to the facility this spring. 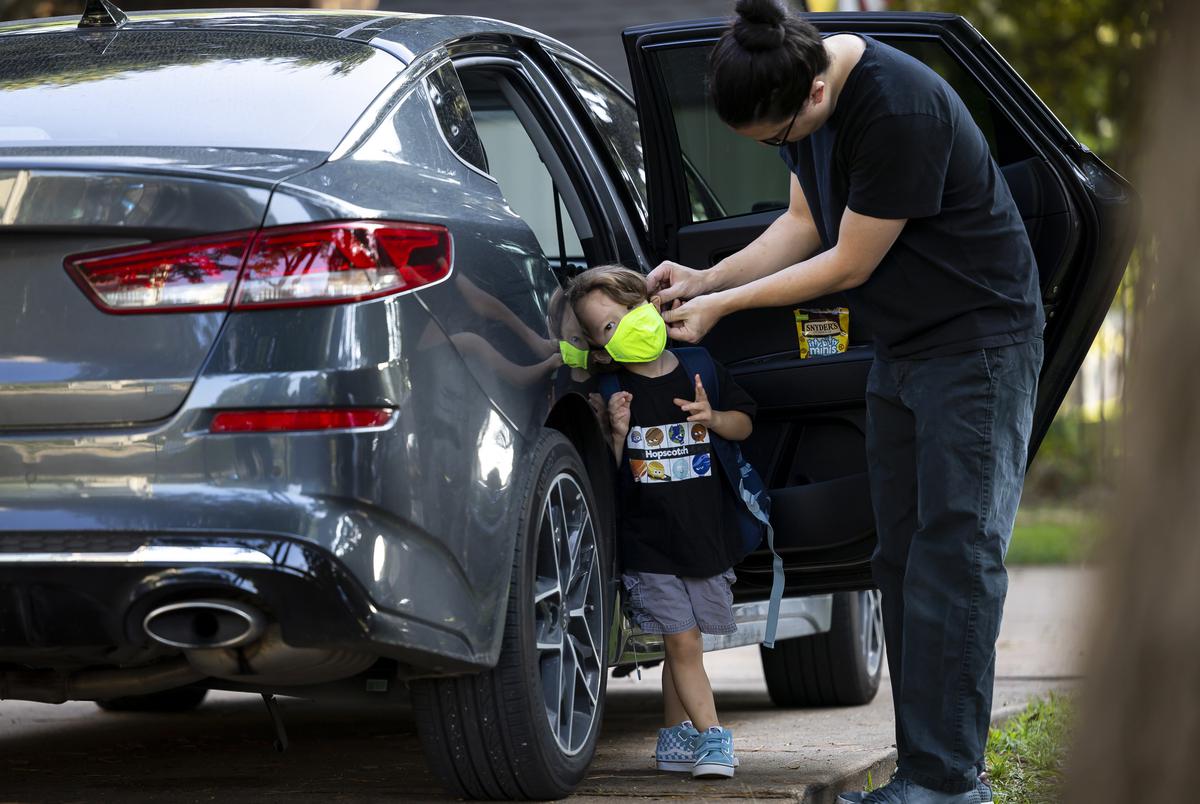 Some days Souza chatted about the pandemic with Doug Litwin as he picked up his 2-year-old son Alex. Litwin works in data intelligence in health care and has a Ph.D. in biochemistry and molecular biology.

“I have read more about the history and science behind vaccines than the average person,” Litwin said.

Souza thought her staff could benefit from listening to Litwin and asking him questions. So she invited Litwin to come to the facility on a Saturday when no children were there, only staff.

With vaccine misinformation exploding through social media, Litwin offered a familiar face for employees and spoke clearly and with authority, they said. He explained why the vaccine is safe and why he trusted it.

“People don’t know what to believe any more,” Litwin said. “I have more years of scientific training than anyone should ever have and it’s hard for me to figure out what’s going on online sometimes. I understand the fear.”

Arevalo, still unvaccinated at that point, had questions about whether the vaccine would lead to issues down the road with pregnancy or infertility.

Litwin said he has seen no evidence that getting inoculated now would negatively impact pregnancy or childbirth later on. The Centers for Disease Control and Prevention recommends COVID-19 vaccination for all people “who are pregnant, breastfeeding, trying to get pregnant now, or might become pregnant in the future.”

“I would give it to my sons right away if it was approved for kids,” Litwin said.

Acosta and Arevalo have been friends for years and both got jobs at the child care center late last year. As the vaccines rolled out in December, they eventually found an apartment and became roommates.

Acosta quickly got the vaccine after Texas officials announced in the first week of March that teachers and child care workers were eligible. Arevalo said she wasn’t in a rush. She never opposed it, she said. She was just skeptical. Her friend understood her hesitation.

“We did have a lot of teachers that were concerned because, you know, they weren’t sure what it was that they were going to be putting in their bodies,” Acosta said.

After listening to Litwin speak to the staff, Arevalo started thinking more about whether she should get vaccinated. Then she received news that helped push her to get the shot. 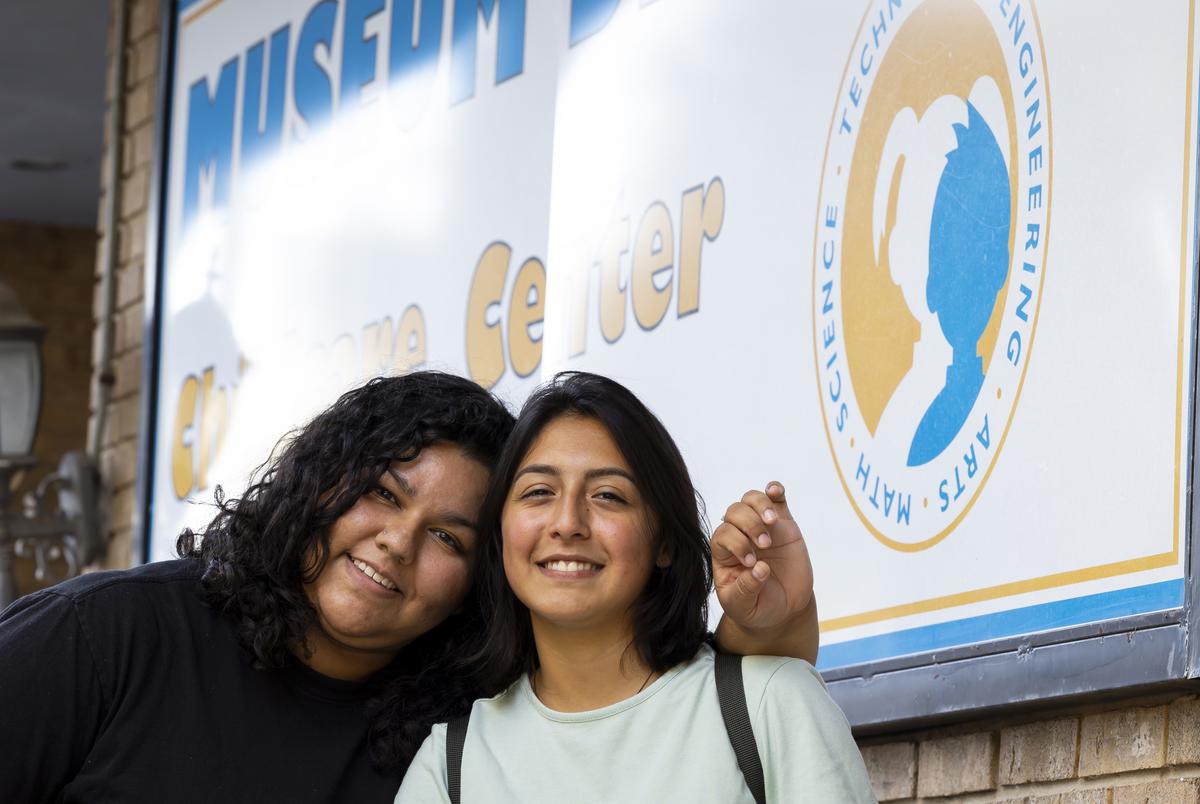 Issa Arevalo and Mishelle Acosta, who both work at the center, initally had different thoughts about whether to immediately get vaccinated for COVID-19. Credit: Annie Mulligan for The Texas Tribune

After her family moved to a different area of Houston in 2011, Arevalo grew close with their new neighbor — the mother of one of her classmates. Arevalo said she would often go over to the woman’s house for dinner, and she became “like my second mom ... We got very, very close.”

Last winter, Arevalo learned that the neighbor had been hospitalized with COVID-19. She spent weeks in the hospital.

“She ended up passing away in April,” Arevalo said, wiping tears from her eyes. “After that, I got the vaccine right away.”

By May, only a few employees remained unvaccinated. The owners and Souza told the staff that vaccinated employees would no longer be required to wear a mask at work.

“We were all ready to do away with the masks,” said teacher Ann Scroggins.

“I don’t remember exactly how many were left,” Souza said. “But there were the last few who went to get the vaccine once we dropped the mask mandate if you’re vaccinated.”

Educating them in a comfortable environment was key, she said. So was the example she and others set by getting vaccinated first, showing that safety was critical especially in a job working with young children who are especially vulnerable to the new delta variant.

Now, as Souza looks to hire a couple more employees, COVID-19 vaccination is required for the job. With the recent surge in cases, employees are all required to wear masks again at work.

So far during the latest surge, the center hasn’t had a single positive case.

Darla Cameron contributed to this report.

Disclosure: Facebook, Google and Rice University have been financial supporters of The Texas Tribune, a nonprofit, nonpartisan news organization that is funded in part by donations from members, foundations and corporate sponsors. Financial supporters play no role in the Tribune's journalism. Find a complete list of them here.