Texas children and children’s hospitals are under siege from two viruses: RSV and COVID-19

Estefani López’s 11-month-old baby was struggling to breathe. The little girl, Ava Rivera, had contracted COVID-19 and began having seizures. Then her pulse weakened. Her mom couldn’t feel her taking breaths anymore.

López rushed her to an emergency room where the staff began initial treatments, putting tubes down her throat to pump her lungs with oxygen. But the baby’s condition required care at a pediatric hospital, and none of the ones in the Houston area could take her in. They were all full.

Instead, López had to watch as hospital staff placed her baby in a helicopter to be airlifted 150 miles away to Temple for emergency care at the nearest children’s hospital with space. López spent the next three hours driving to the hospital, praying her baby would survive.

“I felt like my heart fell out of my chest. I didn’t know what was happening for three hours,” López said. “It felt like it was three days.”

More children are being treated in Texas hospitals for COVID-19 than ever before. But there’s a second factor that is putting pediatric hospitals on the path to being overwhelmed: an unseasonable outbreak of respiratory syncytial virus, or RSV, a highly contagious virus that can require hospitalization mostly among children 5 years and younger and especially infants.

During the last year, RSV was largely dormant, which experts believe was due to people masking up during the pandemic. Now, in just the last several weeks, thousands of Texas children have tested positive for the virus.

In addition, the delta variant of COVID-19 appears to affect unvaccinated children more often than previous variants. It’s unclear if children are also becoming sicker from it than from other variants of COVID-19. And with the regular flu season approaching, medical experts are concerned over how hospital capacity could be affected.

From the start of the pandemic through Aug. 9, over 5,800 children in Texas have been hospitalized with COVID-19, according to the Centers for Disease Control and Prevention. There were 783 children admitted to Texas hospitals with COVID-19 between July 1 and Aug. 9. Nationwide, nearly 94,000 children contracted COVID-19 last week, according to the American Academy of Pediatrics and the Children’s Hospital Association.

López’s daughter is doing OK now. Doctors replaced the intubation treatment with a nasal tube, her fever broke and she was able to go home the next day. But the situation in children’s hospitals continues to worsen. In Texas, it’s getting harder and harder for those hospitals to meet the combined demand for beds for COVID-19 and RSV patients as well as children with other conditions or injuries. And physicians fear what will happen with the reopening of schools, with far fewer children masked and far more attending in person than last year.

“We’re seeing a significantly greater number of children who are being hospitalized with COVID-19. Some are requiring ICU care, more than we’ve seen with previous surges, and that’s related to the increased transmissibility of delta,” said Dr. Seth D. Kaplan, president of the Texas Pediatric Society. “This is just a more aggressive variant. It’s sickening more children, and requiring more to be hospitalized. So that, on top of the RSV, is what’s really causing the capacity issues.”

“It is spreading like wildfire,” said Dr. Jim Versalovic, pathologist-in-chief and interim pediatrician-in-chief at Texas Children’s Hospital in Houston. “During the past several weeks, Texas Children’s has been escalating strategies in terms of dealing with this dual surge.”

The hospital has extended its urgent care hours. Doctors are postponing elective surgeries that require a postoperative bed. Staff members are opening new units within the hospital and working overtime to meet the demand. Within Texas Children’s, more than 45 children were hospitalized with COVID-19 on Wednesday, and hospital staff members have diagnosed over 1,600 cases of RSV. Around 90% of the hospital’s COVID-19 positive patients — all children and adolescents — contracted the delta variant.

Approximately half of Texas Children’s RSV and COVID-19 patients are infants.

The influx of RSV cases during the summer came as a surprise to physicians, who normally see the spread later in the year. Versalovic said southern states are experiencing the surge of RSV, while children’s hospitals in other regions are reacting to increased hospitalizations from COVID-19.

What’s worse, Versalovic said his hospital has identified 25 children who have both RSV and COVID-19. While he’s confident that his hospital system can effectively treat these cases, it’s a new phenomenon, and doctors are unsure of what to expect. Over half of those diagnosed with both viruses have been hospitalized — a hospitalization rate much higher than for either virus alone.

“We’re certainly concerned about it … . We’ve never seen this before,” Versalovic said. “We are concerned that [the double-diagnosis cases] may be more severe.”

Meanwhile, adult hospitals are facing a crisis of their own, as rising numbers of COVID-19 patients fill intensive care units across the state. Staff shortages are compounding the problem as more adults — the vast majority of them unvaccinated — are being hospitalized with the delta variant. In the most recent federal numbers reported last week, 53 hospitals in Texas had completely run out of beds in intensive care units; the situation has likely worsened since then.

“We are preparing for a very challenging period in the weeks ahead, and we must anticipate, with the beginning of the school year, many more pediatric and adolescent COVID cases,” Versalovic said. “We cannot have any plans to take adult patients and offload neighboring hospitals, because we need to keep those beds reserved for the children and families we serve.”

The delta variant is believed to be at least twice as transmissible as previous variants of COVID-19 and has primarily ripped through unvaccinated populations. A large segment of those unvaccinated are children under 12 who aren’t yet eligible to be vaccinated. Even among 12- to 15-year-olds in Texas, who are old enough to get the shot, less than 27% are fully vaccinated.

Versalovic said that even when the vaccines are approved for children under 12 — with best-case estimates suggesting it could be late September or early October — it would take weeks or even months for that to slow down the surge.

Parents should focus on masking their children and getting them vaccinated if they are eligible, said Kaplan, the pediatric society president. The vaccine remains the most effective defense against the virus. Even in rare breakthrough infections where vaccinated people contract COVID-19, they still are largely protected from hospitalization.

“We know that COVID-19 can be transmitted through populations of children. We know that many of them are not vaccinated, and many aren’t even eligible for vaccination,” Kaplan said. “Anyone who has not been fully vaccinated should be wearing a mask when they’re in an indoor public setting and social distancing themselves.” 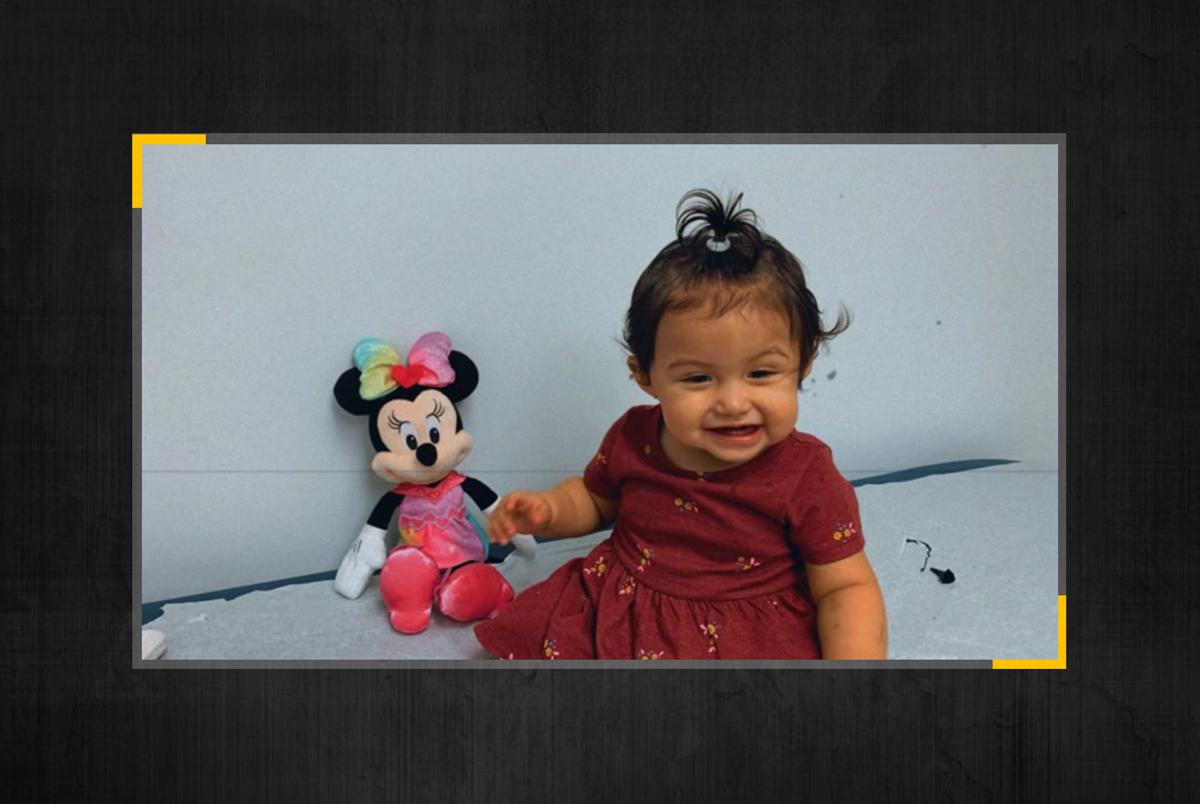 After she got treatment, Ava’s condition improved. Credit: Courtesy of Estefani Lopez
Ad

Dr. Mary Suzanne Whitworth, director of pediatric infectious diseases at Cook Children’s hospital in Fort Worth, said her facility has seen sharp upticks in RSV and COVID-19 as well. Cook has seen around 200 cases of RSV each week for the last month.

“I think that really everyone, nationally, was surprised at how much RSV happened this summer. It’s the first time it’s ever happened like this,” she said.

Although earlier in the pandemic some thought children were less likely to catch COVID-19, Whitworth says parents need to keep their guard up with the emergence of the delta variant. On Tuesday, there were two dozen children hospitalized with COVID-19 at Cook Children’s, according to data from the hospital.

“Children do have some risk of severe disease,” she said. “Children, in general, do pretty well with COVID — but there are plenty of children who do not. And you never know who will or not.”

Estefani López said she hopes people hear her and her daughter’s story and take action to protect their own children and other people’s children. She fears for other parents now that children’s hospitals are becoming so overcrowded.

“My daughter is so small. She could’ve died,” she said. “I hope people take this seriously.”