A year after Vanessa Guillén’s murder, family and advocates say not enough has changed in the military

Army Spc. Vanessa Guillén’s murder at Fort Hood in Killeen last year exposed a pattern of violence and abuse against soldiers at the U.S. military’s largest active-duty base and sparked national outrage over federal officials’ handling of sexual harassment and noncombat deaths.

Guillén told her family she was being sexually harassed by several fellow soldiers at Fort Hood before she went missing, which happened one year ago Thursday. In the year since her death, lawmakers have filed bills aimed at strengthening responses to sexual harassment, and the military has launched investigations into the base’s culture. Fourteen U.S. Army leaders, including commanders and other leaders at Fort Hood, were fired or suspended.

But even as the U.S. Army rolls out new policies, including some announced last week, her family, advocates and lawmakers are still calling for more changes to how military officials respond to sexual harassment and violence against soldiers.

“My frustration, my anger is the same, because it’s not fair my sister was murdered the way she was,” Guillén’s 17-year-old sister, Lupe Guillén, said at a press conference Tuesday. “She had to be murdered for everyone to realize all of these issues. … This has happened for decades.”

The secretary of the army acknowledged during a press briefing in August that the base had “the most cases for sexual assault and harassment and murders for our entire formation of the U.S. Army.” At least 159 Fort Hood soldiers died out of combat between 2016 and last year, including seven homicides and 71 suicides, according to an analysis by The New York Times.

Vanessa Guillén was 20 years old when she was bludgeoned to death in an armory room where she worked. Her body was carried away, mutilated and buried in a shallow grave nearby. It took weeks for investigators to find her body.

Aaron Robinson, who investigators allege killed Guillén, fled Fort Hood and killed himself when police confronted him. His girlfriend, Cecily Aguilar, faces a charge of conspiracy to tamper with evidence, but no official court date has been set.

Guillén’s family said she hadn’t reported the sexual harassment from her fellow soldiers out of fear of retaliation. The Army’s investigators said they found no evidence of sexual harassment.

Advocates say that the military creates a siloed environment that allows sexual harassment and sexual violence to occur, many times unnoticed, and often unreported. And when there are reporter, the military itself investigates them.

“If you are sexually assaulted as a service member, you cannot just leave. You cannot just quit your job and leave, and so there's a level of power and control that exists within this structure that happens nowhere else,” said Amy Franck, founder of Never Alone, an advocacy group working to end sexual harassment in the military. “They have the ability to punish you. They own you 24/7. It’s like a bad domestic violence relationship.”

In response to Guillén’s death, the U.S. Army appointed an independent board to investigate sexual harassment claims at Fort Hood. The board came up with a 136-page report with recommendations. The Army has committed to adopting them all and announced last week several of the changes it has made so far.

“We have significant work to do to regain our Soldiers’ trust in our sexual harassment and sexual assault prevention program,” A U.S. Army spokesperson told The Texas Tribune in a statement. “We are working to ensure that all Soldiers are provided with a safe, professional environment and that they are empowered to raise any allegations of sexual assault or sexual harassment and be treated with dignity and respect throughout the process.” 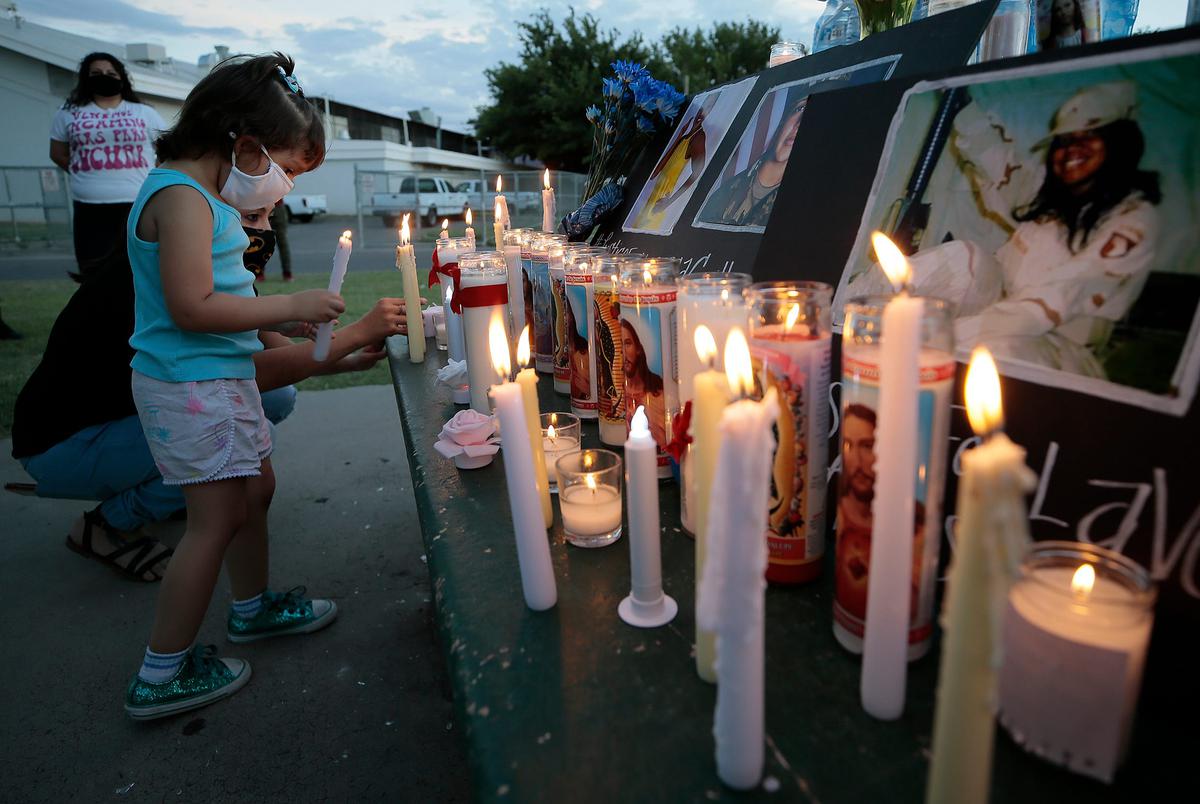 The Army is restructuring its criminal investigation command, as well as redesigning its sexual harassment and assault response and prevention program as part of an initial swath of adopted changes. Officials have updated policies to require full investigations of off-post soldier drug overdoses, including of the source of the drugs, and investigations of all suspected solider deaths by suicide. Last year, the Army updated guidance on how to respond when a soldier goes missing.

Other changes proposed by the committee are specific to Fort Hood — requiring changes to improve the climate and requiring regular welfare checks. The committee said officials needed to spring into action during the “critical first 24 hours” when a soldier is absent — something officials were criticized for after lacking urgency in their search for Guillén when she went missing.

The U.S. military overall has also faced patterns of sexual abuse within its ranks. According to a 2015 RAND analysis, requested by the military, 15% of women and 2% of men said they were sexually assaulted at least once since joining the service.

“This issue is probably our greatest threat to national security,” said retired U.S. Army Maj. Gen. Robert D. Shadley, a board member of Never Alone. “It’s not China. It’s not Russia. It is the United States military itself.”

Retired Air Force Col. Don Christensen, a former chief prosecutor of the United States Air Force, serves as the president of Protect Our Defenders, an advocacy group for sexual assault victims. He said many of the changes the military is rolling out should have happened years ago and he’s glad they’re being adopted.

Franck said adopting the recommendations is not enough. There needs to be systemic change, she said.

Until there is outside accountability and transparency, sexual harassment and violence will continue unchecked, Franck said. The changes announced so far detract from the real issues, and some are marketing-based initiatives, she said. Real systemic change is needed to end the pattern of violence.

It would also require the Secretary of Defense to establish a process so service members can lodge confidential complaints and would move legal decisions outside the military chain of command to a new outside office in order to add external accountability.

But the bill hasn’t gained much traction since last year. The Texas House voted unanimously Wednesday in passing a resolution to urge the U.S. Congress to take action on the bill. 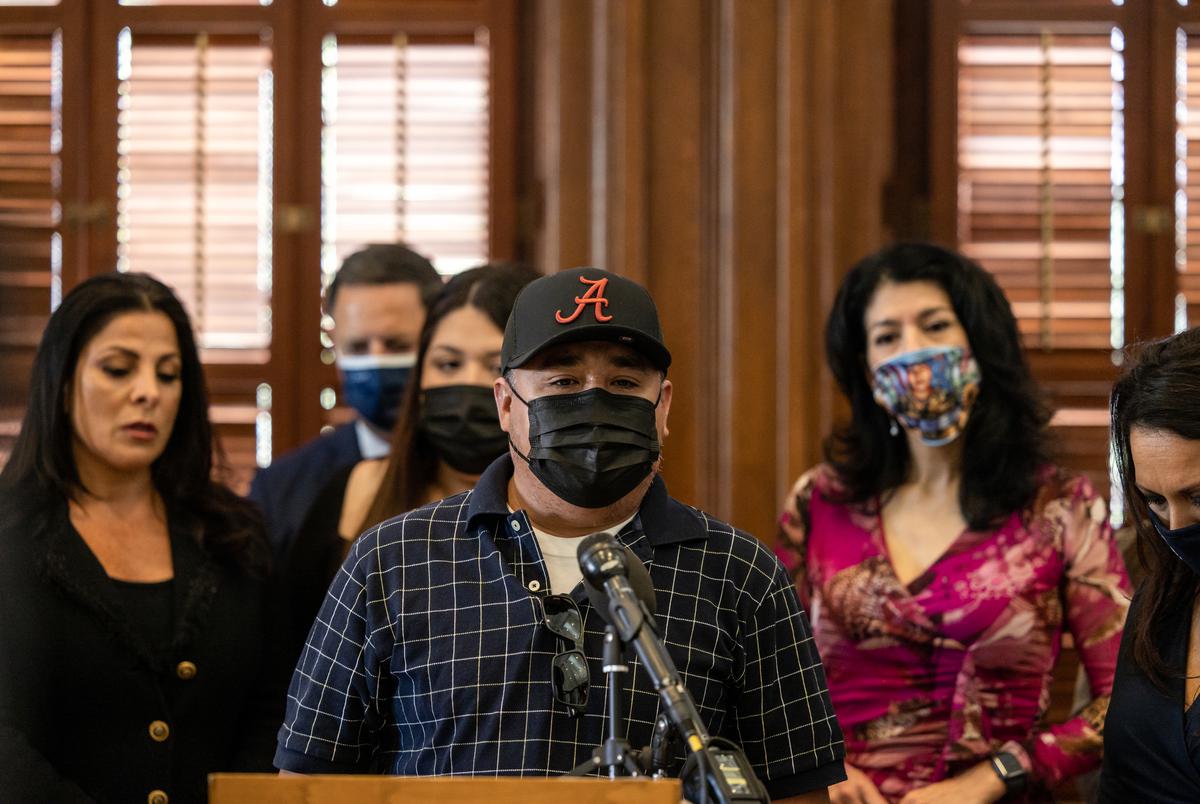 Rogelio Guillen spoke at a press conference this week about legislation that would designate Sept. 30, his daughter's birthday, as Vanessa Guillén Day. Credit: Jordan Vonderhaar for The Texas Tribune

“I served in the military active duty for six years, and I’ve seen firsthand the culture in the military fails to protect women and men from sexual assault in the military,” Blanco said Tuesday. “While the Texas Legislature does not have jurisdiction over the United States military, [it] does have the largest state military forces in the entire county. And we can lead by example.”

The bill passed in the Texas Senate and awaits action in the Texas House. Texas lawmakers are also seeking to memorialize Guillén by naming part of a highway after her and designating her birthday, Sept. 30, as Vanessa Guillén Day in the state.

“For a year, our community has been calling for change,” said state Rep. Christina Morales, D-Houston, on Tuesday, noting that Guillén was one of her constituents. “For a year, Vanessa Guillén’s family has been calling for change. Our community is strong and our resilience unwavering. We will not stop calling, marching and mobilizing until there is real change. We will always remember Vanessa Guillén.”

Disclosure: The New York Times has been a financial supporter of The Texas Tribune, a nonprofit, nonpartisan news organization that is funded in part by donations from members, foundations and corporate sponsors. Financial supporters play no role in the Tribune’s journalism. Find a complete list of them here.