For Texas' ill and immunocompromised, coronavirus brings a new threat and familiar precautions

After she stocked the deep freezer and canceled the physical therapy appointments, there still remained the problem of the mail.

At first, Shannon Huehlefeld would pick it up in a pair of hospital gloves — she keeps a box by the door — and thumb through it carefully. If she needed a letter immediately, she’d spray it with Lysol on both sides. Everything else she just let sit. The virus, she knew, can live on some surfaces for days.

She’d been thinking about her vacuum, which has a light on its underside that’s supposed to sterilize the floor beneath it. Then, last week, while she was shopping online for bacterial wipes, a solution appeared as a suggested purchase: a UVC bulb that can sterilize a surface in 30 minutes or less. She bought one she can screw into a clip-on lamp above the counter in the laundry room. She’ll do one side, then flip the mail over and do the other.

Huehlefeld is not letting anyone in or out of the house near the Gulf Coast in Freeport that she shares with her husband, Ken, and their two Maltese mixes. That goes for the two of them and, unfortunately, for her niece, who after losing her mother in January had been coming over to see them a lot.

“I cannot let my husband get sick,” she continued, in something of a mantra. “He doesn’t know that he could survive a bad respiratory illness like that.”

For Texans with compromised immune systems — or those with sick loved ones — the precautions being taken in the face of the new coronavirus are high stakes, and in some cases extreme. The limited scientific research about the mysterious COVID-19 shows it is deadliest for the elderly and the sick. Already, thousands have died worldwide and at least 69 people are infected in Texas.

But if only the immunocompromised are careful, the virus will continue to spread rapidly. Experts are exhorting even the young and healthy to limit social interaction in order to “flatten the curve,” slowing the rate of infection to ensure hospitals can care for all who fall ill. Cities across the county, including Dallas and Houston, have closed bars and banned dine-in service at restaurants in an effort to limit the spread of the virus. The Centers for Disease Control and Prevention recommended canceling any event of more than 50 people for the next eight weeks. But some in the most vulnerable population fear not everyone is taking the outbreak seriously enough.

Shannon Huehlefeld has rheumatoid arthritis, which means her immune system mistakenly attacks healthy cells in her body, causing severe fatigue and making it painful to move around. But she worries more about her husband, a retired sheriff’s deputy, who is 63 and diabetic. In December 2014, he spent 10 days in intensive care with diabetic ketoacidosis, a serious complication of diabetes. He hasn’t been the same since, she said; he lost the majority of his muscle mass, and he’s very frail, with a history of lung issues and pneumonia. She still remembers the nurse scolding her for not bringing him in sooner.

She hasn’t left the house since Super Tuesday two weeks ago, and when she did, she wiped down the car as best she could. They have at least a month’s supply of groceries; the deep freezer is so full it won’t close. Worst-case scenario, she’ll ask her niece — who is young and healthy and has been making a mint lately, working for a grocery delivery service — to bring something by. Then she’ll get out her Lysol.

The coronavirus threat is new, but for many, the precautions are familiar. It’s a collective-action conundrum that keeps the immunocompromised up at night. They are doing what they can. They just wish others would take the same steps.

“We are perpetually at risk,” said Shelby Chiles, 42, who along with her mother has neuro-Behcet’s, a rare autoimmune disease. Both wear nasal cannulas and rely on external oxygen supplies. Her husband works as a high school teacher in Frisco ISD — “essentially a petri dish,” she said.

“It’s not really that different for me and my family on a day-to-day level, because we have to be cautious every day,” she said. “It’s just the overwhelming response to how everyone else is being cautious. I wish that people used common sense and hygiene — proper hygiene — on a daily basis.” 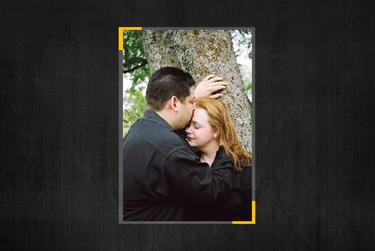 Renee Brown of Corinth is in her 50s, but she has what her doctor calls an “immature” immune system, like it was a child. Nineteen months after undergoing a stem cell transplant, she is no longer taking immunosuppressants, but she is still taking care. She has aplastic anemia, an autoimmune disease in which the bone marrow produces insufficient blood cells, and after her transplant, she spent weeks isolated in the hospital. She knows for her, the virus “could be a problem.”

But “the virus doesn’t frighten me,” she said. “I’m not afraid of it because I know what to do. I have kind of had this lifestyle, of having to avoid the flu because I couldn’t get vaccinated for it. I’m actually pretty used to avoiding crowds when I can, washing my hands, that sort of thing.”

It’s other people she frets for more. She remembers from her months of isolation that some friends don’t take illness seriously. They don’t understand they need to stay away when they’re fighting a cough or running a fever. They’re not cautious in public places. Some end up drifting away.

“People don’t understand, and they often don’t comply,” she said. “They think about colds and flus in terms of things people get over.”

For Tessa Phillips, who has had a weak immune system ever since she underwent a bone marrow transplant as a teenager, what might be a cold or bronchitis for a healthy person turns into walking pneumonia. Her ear infections turn into mastoiditis. She worries about what the new virus could do to her.

“I don’t think other people should be foolish about how they take care of themselves and impose that upon you,” she said.

A year before the virus began to spread in Texas, she was already taking precautions to keep herself from getting sick when she had to travel for work. She drives instead of flying; she avoids hotels near airports; she skips restaurants and loathes gas stations.

But she knows others are not so careful. On Friday morning, the sound of a hacking cough from somewhere in her apartment complex sent her and her husband spinning.

“Right now, it seems like it’s a very stark contrast: You either have doomsday preppers buying all the toilet paper, or you’ve got people who are just out and about like nothing’s happening,” she said. “All of us should be somewhere in that sweet spot in the middle. We all need to get in the middle together. But 6 feet away from each other.”

There have not been any cases confirmed yet in Winnsboro, the rural East Texas town of about 3,300 where Bette Swann, 76, lives. But in Tyler, about 40 miles away, three people tested positive, the city announced Friday.

“That’s getting really close to home,” she said. “That’s where my doctors are and where we go shopping.”

When Swann goes to see her doctor in May, it’ll mark 14 years in remission from lung cancer. She was never a smoker, but she has half a lung missing, chronic obstructive pulmonary disease and asthma, as well as the autoimmune disease lupus. Her husband will be 80 next month.

So they are quarantining themselves at home, where she has already spent a not-insignificant portion of her time chastising Facebook friends who claim the virus is a hoax. When her sister called to remark on how few people were at Red Lobster for lunch Thursday, Swann scolded her, too: You shouldn’t have been there, either.

Swann wasn’t always so careful, even after cancer. She and her husband would leave the grocery store, and she’d touch her face. He would scold her if she didn’t use hand sanitizer first.

Swann always gets the flu vaccine, but she still got the flu two of the last three years. Both times, it kept her bedridden for two weeks. One year, right before Christmas, the doctor told her she would need to be hospitalized if her fever didn’t go down in 24 hours. She would have missed the holiday with her children. A day later, she felt well enough to go home.

She knows from her niece, an internist, that the threat of the coronavirus is far greater than that of the flu. She and her husband are “up near that dangerous age.” And she knows that her poor health makes her vulnerable.

“I’m in remission, but my immune system’s not well. Evidently I’m more prone to get sick,” she said. Knowing how the flu affected her, she is scared about an illness that could hit her lungs even harder.

Swann and her husband don’t much mind being home, where they stay most of the time anyway. They love to read. When it gets a little warmer, she’ll plant flowers in their garden. Her husband plants the peas.

They plan to call in grocery orders so they can get food delivered straight to the car. She doesn’t miss eating out, but she does miss going to Walmart. And she hates that they’re not going to church.

Recently, Swann read a news story about a couple in Northern Italy who reportedly died of the virus within two hours of each other. Severa Belotti was 82, and Luigi Carrara was 86.

The story has stuck with her. They were “just like my husband and I, active in their lives — we go to church, we work in the garden,” she said.

They had been isolated at home, and their son wasn’t even able to see them before they died, she recalled. “How sad that must’ve been.”