In honor of Bernie Mac, who died 12 years ago, stream these 7 movies and shows

DPS trooper charged with sexually assaulting woman while on duty

HPD searching for man who broke into business, stole cash and liquor

Long headless, the Legislative Budget Board has a new director: Jerry McGinty of Huntsville, the CFO of the Texas Department of Criminal Justice.

He takes the helm of a troubled agency that has lacked a leader since October 2018 The organization’s scores of employees are charged with providing state lawmakers non-partisan budget analyses they can use to make decisions on the state’s two-year, $250 billion budget.

McGinty has worked at TDCJ for nearly three decades, serving also as budget director and in human resources and communications roles, according to an announcement Thursday from Lt. Gov. Dan Patrick and House Speaker Dennis Bonnen.

“Jerry has the management skills and the extensive experience needed to fulfill the LBB’s core mission of serving and advising lawmakers on prudent fiscal options for our state,” Patrick said in a statement. “I believe he will build a dynamic organization that will ensure that our fiscal position remains strong and that taxpayer dollars are managed wisely." 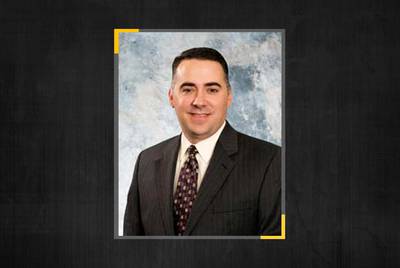 Jerry McGinty has been named the new director of the Legislative Budget Board. TDCJ

Some lawmakers, particularly in the Texas House, praise the agency’s work as crucial. But for months, Patrick has been anything but an ally to its staff.

The agency has been plagued by months of neglect, as The Texas Tribune detailed in October 2019. Without the lieutenant governor’s approval of a new executive director, the agency turned to Patrick and Bonnen for approval on key decisions, like filling staff vacancies and publishing reports. Patrick rejected some requests and ignored others altogether.

Veteran employees fled the agency and were not replaced. As of October 2019, the staff had depleted 26 percent — from 146 to 108 employees — from 2015. Data analysts there struggled to do more with less, and lawmakers fretted that a dysfunctional board could slow down their work or result in flawed analysis.

Patrick responded to the October Tribune story, which reported that he was “letting the state’s budget agency fall apart,” with “Absolutely right!”

“As co-chair of the LBB, I have worked to eliminate the influence of the liberal bureaucrats who were running the LBB when I got there so we can move forward protecting taxpayer dollars,” he said in a statement.

He added that without having to battle former House Speaker Joe Straus — who “was no help” — “I am confident we will find a new director who shares my commitment… for a lean and efficient state budget.”

He said he has found a strong leader in McGinty.

Bonnen said in a statement that he and Patrick conducted a “thorough and extensive search.”

“McGinty brings to the agency an impressive level of budgetary expertise, which – combined with his years of senior-level experience leading a state agency – will elevate our state’s budget office to new heights,” Bonnen said.