Employee accused of stealing fentanyl from emergency room in Spring

Kristen Bell is telling it like it is when it comes to being cooped up with family amid the coronavirus outbreak.

The 39-year-old actress video chatted with ET's Kevin Frazier on Wednesday, and admitted that she and husband Dax Shepard were not getting along when they first started quarantining together in their home.

"We've gotten on each other’s last nerve these last couple days," Bell confides. "We’re doing much better now because were laughing about it. But when we were not laughing about it for the first couple of days, that's the hard spot."

The Frozen 2 star explained why she and Shepard were having such trouble being around one another. "I love spending time with him and he loves spending time with me but I think what is different about this quarantine time is you have so much more time to think about the other persona and their actions and sort of replay what they said or attach a meaning to something that they did and that I could do without," she shares. "Nobody really needs time for that. That's useless."

Bell noted that they are good about finding space alone for themselves in the house. "You got to in a marriage. You got to," she insists.

As for their daughters, 7-year-old Lincoln and 5-year-old Delta, Bell said she made a big decision at the start of their quarantine.

"The biggest lesson I learned in the beginning was I wrote out the color-coded schedule -- when our academic time would be and when our art time would be. By day five, I was making everybody miserable," she recalls. "The kids hated that I was trying to adhere to the schedule. So about a week ago, I woke them up and I said, 'This is your most important mission ever. Get up.' I brought them in the kitchen and I had them rip up the schedule. ...I had them shred it and they felt so good. I said the learning lesson here is that if you make a plan and it's not working, you pivot."

Bell said everyone in her household now has a lot more "free time" and it's been good for them. "We’re doing just art projects around the house. We have neon glow paint and we've been painting the rocks outside so they glow and just doing silly stuff," she muses. "Just reconnecting with each other and I think that's the most valuable lesson."

Aside from rock painting, the family has managed to keep busy in other ways.

"They can read the clock now, but other than that, we’ve just been doing sticker books and talking. We’ve watched the whole Harry Potter series. My daughters are very into Harry Potter," she notes. "My oldest turned seven last week, and I had ordered some decorations prior to this all happening, prior to everything getting shut down. We were able to put up a Harry Potter banner. And all the Hogwarts house banners all over the windows. She was pretty thrilled about that. We all wore our Harry Potter tattoos."

A proud moment Bell had as a mother during this tough time is when her daughters decided to donate their own money to No Kid Hungry, which helps to feed children in America.

"I think [their donation] was, like, $9.72 but the thought to me exploded my heart. They knew that there was a need and know how lucky we are and wanted to help," she gushes.

The girls are taking after their parents, who have been generous with both their time and donations during the coronavirus pandemic. Here's more on the family's philanthropy: 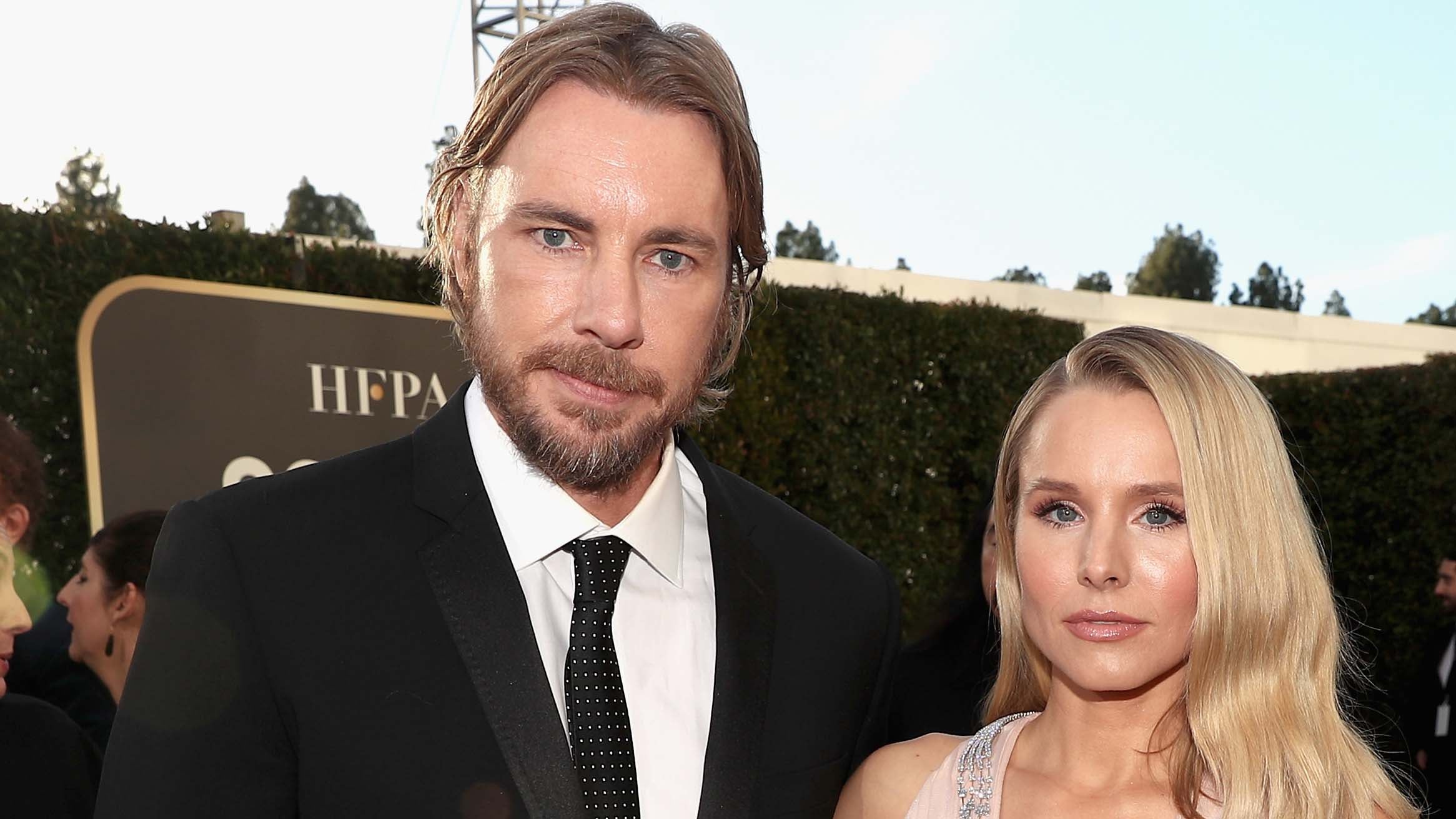