Teyana Taylor is looking forward to figuring out a pregnancy game plan with her midwife, Erykah Badu. After the "We Got Love" artist recently announced that the acclaimed GRAMMY winner was going to help her deliver her second baby, Taylor opened up to ET about the arrangement.

Speaking with ET's Melicia Johnson via video chat this week, Taylor explained that Badu will be coming out to see her soon so they can "plan everything out."

"I think it was dope to let everybody know what the plan was because her energy is just everything," Taylor said of her decision to reach out to Badu. "Because I'm so heavy on meditation, she's been so supportive... So it's just like, it's amazing."

This will be Taylor's second child with husband Iman Shumpert. The pair also share 4-year-old daughter Iman, aka Junie, whom they welcomed in December 2015. The birth came three weeks before her due date, and Taylor ended up delivering Junie on her bathroom floor.

"I'm nervous, you know, like, Junie was unexpected, so it's like, with the new baby, like, sometimes I feel like the birth of Junie didn't hurt because I was [so] in shock," Taylor explained. "So now being prepared for it, I'm back to square one. Like, 'Oh my God, oh my God, oh my God. A whole baby's about to come out of my vagina.' The thing that's going through my head is like, 'Oh, this is about to happen!'"

"I'm learning now, every pregnancy is different," she added. "I've been sick in ways that I've never experienced with Junie, with the new baby. So I can't assume that, you know, the next birth is gonna probably be as seamless, or as quick... I ain't gonna front, I'm thinking in my head, there's so much stuff running through my head, I don't know what to do with myself."

Being Taylor's midwife won't be the first project the pair have collaborated on. Badu recently worked with Taylor on the song "Lowkey" for the expectant mother's latest record, The Album, which dropped back in June.

Regarding her new music, Taylor said she feels that it "definitely reflects who I am as a woman today."

"It's all a part of growth," she shared. "We all find ourselves as women, and I think also being a mom and a wife, there's so much that you learn. There's just so much that you go through."

"With this album, I kind of wanted to have a lot of fun as far as the subjects on the records. But also kind of go through what all women go through," she added. "I didn't want people to feel like just because I'm married that it means it's gonna be happily married music for 23 songs."

"At the end of the day, whether you're happily married, married, whatever it is, we've all been though something before. We all have experienced heartbreak, we all have experienced the trials and tribulations of growing up and finding yourself as a woman," Taylor explained. "So I think that my albums have been major steps in growth for me."

Teyana Taylor on Her Post-Baby Bod: 'I Appreciate Every Stretch Mark' 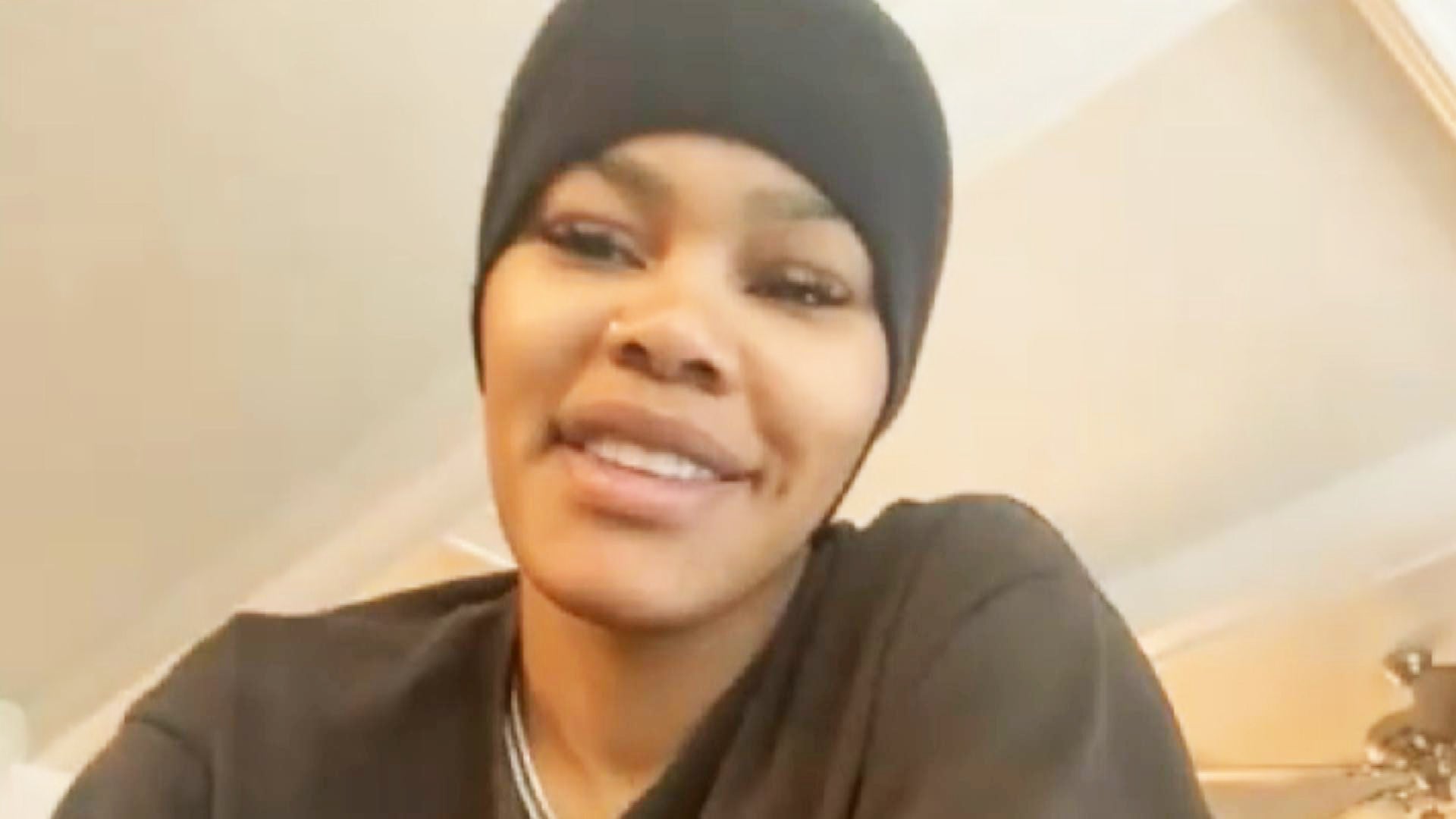