Will you be paying more for water? City council to vote on proposed hike in water bills

For Michael Yo, the last few months have been a real roller coaster. The stand-up comic and TV personality went from wowing the judges on America's Got Talent to fighting for his life from COVID-19 -- and writing out what he felt could be his "final words" for his wife and kids while he was in the hospital.

Yo's audition-round performance on AGT aired Tuesday, and the comedian slayed during the show's first-ever episode without an audience -- due to coronavirus concerns. Just days later, Yo was in the hospital, alone, and facing the very real possibility of dying from the coronavirus.

"Let me tell you, back then when I shot my episode [of AGT], I looked at the day I shot the episode, there was less than 20 deaths and there were less than 2,000 cases in the United States. So we were still trying to figure it out," Yo told ET's Kevin Frazier via video chat on Tuesday. "Then, a week later I get corona."

Yo recalled that, as soon as he was admitted to the hospital, doctors took a chest X-ray and discovered that he had pneumonia and COVID-19, which had led to infection.

"I go, 'Doc, am I gonna make it?' He goes, 'It's going to go good, or really, really bad, and we won't know for two days. And your wife can't come, no family members can see you, so make sure you text them. Make sure you call them, because they can't come.'"

"There was a realization of, 'I may not be around three days from now. And I feel the worst I've ever felt in my life so I can't even enjoy those two days, and I can't see my wife again, I can't see my family again.' And it just hit so hard," Yo recounted. "If something [had gone] the other way, I would have died alone in that hospital, man, and that's what's happening [to people]."

For Yo, the worst moment of his illness that he can remember came early in the morning the second day in the hospital when his fever "spiked up to 103.8."

"Everybody ran in the room. I couldn't control my body and they were trying to calm me down," he shared. "They gave me morphine because my head was pounding so bad. ... I was in so much pain, morphine lasted about five seconds and the pain is back. That's how bad I was, and I honestly thought I was gonna die in that moment. I was like, 'I'm not gonna make it.'"

"I came to the realization, right in that moment, 'I've got to be okay with leaving now, if it happens. But I gotta keep pushing to stay alive for my parents and my wife and my kids.' [But] I thought it was over," he continued.

With that realization, of death being potentially imminent, Yo said he typed out what he felt could have been his "final words" to his wife, Claire Simmons, and their 3-year-old son and 7-month-old daughter.

"I typed it out because I wanted them to remember me by something. ... I wanted my wife to be able to read my kid something, you know, when I was gone," he explained. "It got that bad. It was scary."

"I get emotional thinking about it, but it's a thing where I'm lucky, so I think my job now is to tell the world to wear a mask," Yo said. "You know, let's not make it political. Wear a mask. It can save lives. Because if you go to that hospital and you die, these people are alone and that's what I try to tell people, man."

During his time in the hospital, Yo said his wife would pack the kids in the car and they would drive by the building to try to comfort him.

"She would drive by the hospital, all the time, and just say hi, with the kids. She couldn't see me, because I was way deep into the hospital, but she would drive by every day and take a video, you know, and send it to me," Yo recalled. "I gotta give it up to my wife, man. She's amazing. She held it down with two kids. A newborn and a 3-year-old son running around. And if it wasn't for her I couldn't have got through it."

All of this came on the heels of his incredibly well-received turn on America's Got Talent, in which he cracked the judges up in what he hopes is his shot at achieving his dreams.

"Stand-up comedy is my dream. I want to support my family, I want to do everything through comedy and AGT is the biggest talent show in the world," Yo explained.

Unlike many contestants on AGT, Yo comes from a more established entertainment background, having served as a reporter and host for several entertainment news TV shows, including The Insider.

Yo worked for years on TV interviewing celebrities at red carpet events and press junkets, and it was this experience that made him realize how much he wanted to make stand-up his real profession.

"When you see people living out their dreams, it hit me, like, stand-up comedy is my dream. Now I got two kids. I tell my kids to go after their dreams all the time, so I [realized] need to go after mine too," Yo said.

When he took the stage during Tuesday's episode, Yo addressed the fact that he'd interviewed all four of the judges at one point or another during his career -- either on the AGT red carpet, as with Simon Cowell and Howie Mandel -- or on the set of Modern Family, when it came to Sofia Vergara and guest judge Eric Stonestreet.

However, it was a past experience with Cowell that stuck with Yo especially.

"I remember, four years ago on The Insider, I interviewed Simon Cowell… on the red carpet at AGT. I interviewed him, he walked off, he took two steps away, he came back to me and goes, 'You're really good at what you do.' He says, 'You've got a lot of talent. You're funny,' and he walked off," Yo reflected. "And I've always remembered that."

As for performing in front of a nearly empty theater for an audience of only four people, the comedian admitted it was a challenge.

"They gave me the option [and asked] if I wanted to perform or not, or I could try again next season," he explained. "I was like, 'This is my dream. No, I'm going for it.' Because I've performed in front of three people before… I think it's disrespectful to the comedy world [not to]. If there's one person in the audience, we're going to perform."

"It was stressful though," Yo added. "[But] to get a standing ovation by the judges, it was probably one of the most moving moments of my life, and I know you can make fun of me all you want, but I cried a lot. I cried so much. I cried in the beginning, I cried in the middle, I cried at the end. I was just a mess."

With the season playing out on TV months after it was filmed, and after he recovered from COVID-19, Yo and his family have been quarantining at home together. Because of this, he's getting to spend quality time with his kids, after having spent a lot of his life traveling for work when his son was a baby.

"I'm doing things with my baby girl I never did with my son. Like, I'm actually here and embracing her every single day. You know, kissing her, like, she gets excited when I'm around. I felt like, at times, a stranger to my son, because he would see me, maybe, you know, maybe three, four days out of the week, and I was gone," Yo said. "That's the life we live. We got to feed our family, you know. My daughter, it's a different experience. I'm there every day. Like, she's 7 months now and I've been here every single day for her seven months."

Watch the video below for a look at Yo's AGT performance, and follow along this season as he continues to chase his dreams on the hit reality competition series.

America's Got Talent airs Tuesdays at 8 p.m. ET/PT on NBC.

How Hollywood Will Return to Work With New COVID-19 Adjustments 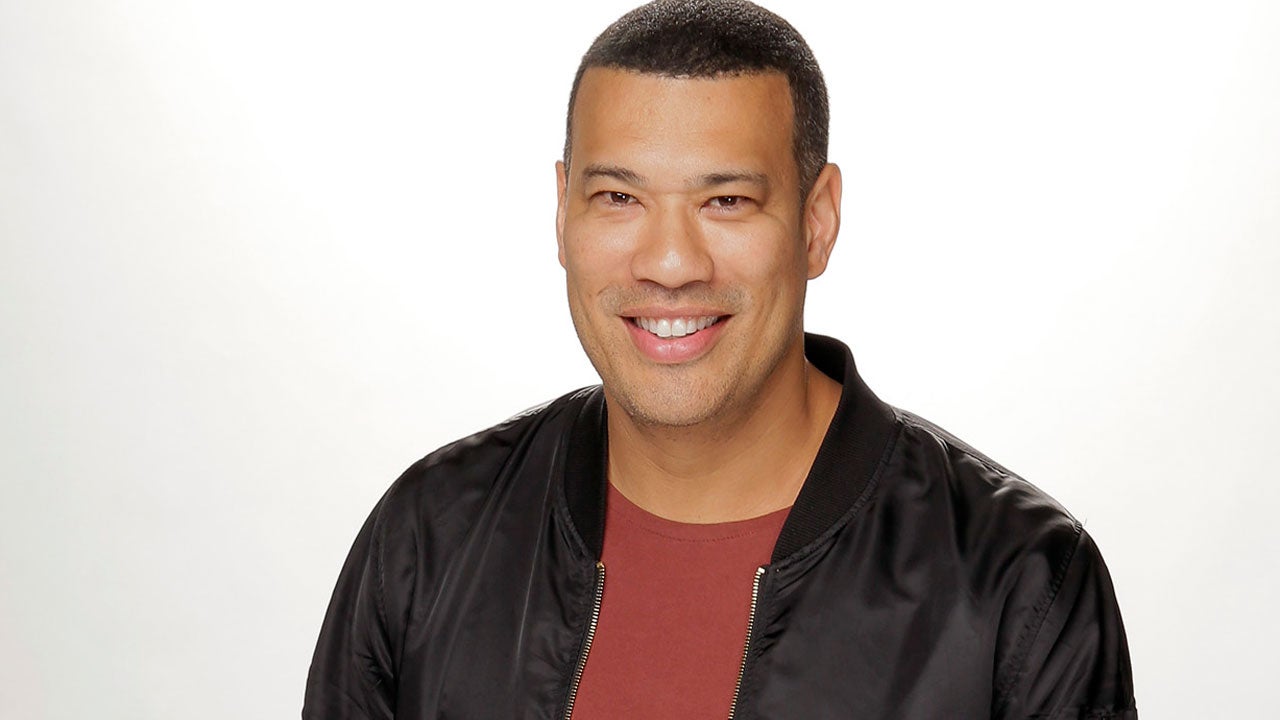