When Pose season 1 first debuted in June 2018, there was no doubt that longtime stage actor Billy Porter was long overdue for a breakout moment. On co-creators Ryan Murphy and Steven Canals’ groundbreaking FX series about the ballroom scene and LGBTQ community of color, Porter plays ardent emcee Pray Tell, whose heart is as big as his mouth. Quickly becoming a fan-favorite, the love for his character and performance took him all the way to the 2019 Primetime Emmys, where -- just one day after turning 50 years old -- he became the first Black gay man to win for Outstanding Lead Actor in a Drama Series.

“As a Black queer man, it has changed my life completely,” he tells ET’s Keltie Knight about winning. “There is a power that comes with it, there is a respect that comes with it. Doors open that otherwise would not and that has been thrilling and my life will never be the same.”

Since then, Porter has become one of the most in-demand performers, from making stunning red carpet appearances to releasing new music (including “Finally Ready” with the Shapeshifters) as well as being cast in such films as Like a Boss and the upcoming Cinderella remake as Fairy Godmother, and on the new season of The Twilight Zone reboot on CBS All Access.

Speaking from Long Island, where he’s currently quarantined with his husband, Adam Smith, amid the COVID-19 pandemic, Porter says he likes “being booked” and feels blessed to be busy. “I hope the work keeps coming,” he adds.

Even during the coronavirus outbreak, the performer has been plenty active, from participating in Pride-related events throughout June to Friday night’s Pose-a-Thon airing simultaneously on FX and Freeform and available to stream online on at 10 p.m. ET. He is co-hosting the one-night event of stories, songs, and celebration with his co-star, Mj Rodriguez. “We just wanted to get the gang together and engage with our fans and engage with the world to raise some money for some causes, for some people who need it,” the actor says.

That will be followed by a remote performance during the Global Goal: Unite for Our Future concert special airing Saturday at 7 p.m. ET on NBC. The event will shine a light on the ongoing fight against extreme poverty and the challenges faced by homeless and poor communities during the pandemic. “The people who are dying at disproportionate rates are people of color and our government is doing nothing about it. It’s called genocide,” Porter says of wanting to participate and to take action. “Until we reach the understanding of that, nothing is going to change. I think we’re close and I hope that we can lend a voice to making sure that we push over the edge.”

As someone who has survived the HIV/AIDS crisis of the late-1980s and early-’90s and as someone who has long been told to hide his authentic self from the screen and stage, Porter understands what it means to take a stand -- and to use his voice to speak out. “Activism is in my DNA,” he says, adding that he has been traumatized by the last three years under President Donald Trump’s administration. “I wanted to make sure that I did something, that I contributed something to the forward motion of equality as we lead up to this 2020 election.”

And that’s why he recorded a timely, new passionate version of “For What It’s Worth,” Stephen Stills’ Vietnam era protest classic. “My hope is that it ignites a fire under the people and reminds us that we, the people, are the ones that have the power to change things,” he continues, acknowledging the ongoing protests in support of the Black Lives Matter movement. “We gotta get out in the streets and make our voices heard. And that’s what’s happening right now -- and it’s very encouraging and very inspiring.”

Porter’s other new single, “Finally Ready” with the Shapeshifters, is a reflection on his decades-long journey, from the crisis to now, and “being ready to receive love,” he says. “As gay men of a certain age, we lived through a plague, we live through a time when our love didn’t matter, when our love was transient, when our love was dangerous,” the actor explains. “So it’s an interesting feeling to have love and not even know how to respond to it or how to receive it.”

It’s hard not to appreciate how it relates what Pray Tell went through in season two of Pose, when the emcee falls in love with a younger ballroom dancer Ricky. The storyline also led to the actor filming his first onscreen sex scene in his career. “I have spent my entire career never having been the object of anyone’s affection. Until now,” Porter said last year. “Having a very loving, connected sex scene is sort of blowing my mind.”

On Sunday, Porter will also find out if he’s a BET Award winner for Best Actor, after earning his first nomination for the annual ceremony honoring achievements in film, music, sports and television. While the recognition for Pose is just the latest in a string of accolades, which also includes previous nominations for a Golden Globe and a Critics’ Choice Award, Porter recognizes what makes this one stand out. “It’s especially an honor coming from Black folks,” he says. “The relationship with the LGBTQ community and the Black community is tenuous at best. So, it’s always nice when your own people see you.”

At the end of the day, “I’m so grateful to have lived long enough to see this day,” the actor says, reflecting on all the acknowledgement, accolades and being in-demand -- and all for who he is. “When I came out, when I came into the business, who I am, what I represent, my authenticity was not possible,” he continues, recalling a time when there was nothing like him on stage or on screen. “Representation matters. It was always my intention to fill that slot and fill that void, so I welcome it.”

So, when the impossible did happen, “it has taught me to even dream more things that are impossible,” Porter says.

Why It's a Great Time to Be Billy Porter (Exclusive) 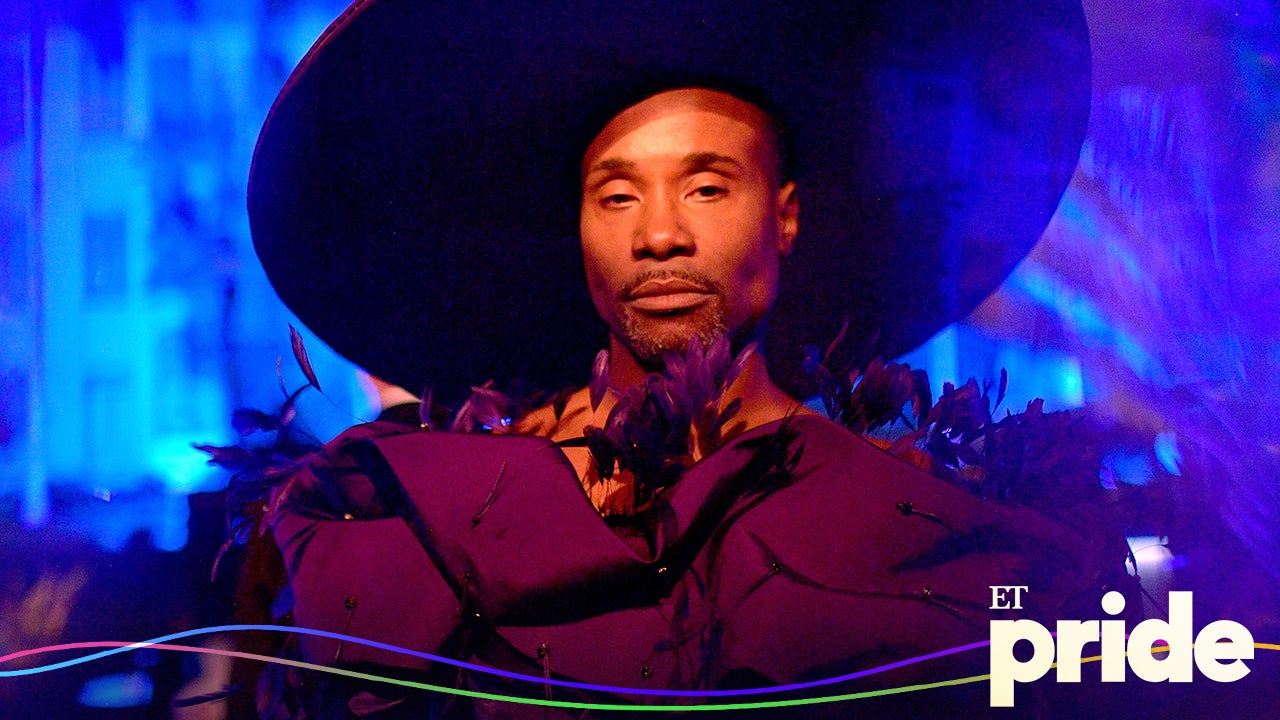