BACK 2 SCHOOL: Knowing when to see a doctor after a sports injury

Illegal immigrant sentenced for role in trafficking hundreds of firearms to criminal organizations in Mexico: DOJ

Keiko Agena is in a reflective mood. The actress, whom many will know as Rory Gilmore's best friend, Lane Kim, on Gilmore Girls, confessed that it's a surreal time celebrating the accomplishments of Asian Americans and Pacific Islanders this month against a backdrop of uncertainty, tragedy and shifting perceptions of the Asian community due to the coronavirus pandemic.

"This year has been such a roller coaster," Agena told ET recently by phone. "With the lockdown and with the rhetoric that had come out about COVID-19, some of it has been disturbing towards the Asian community. It's been such an upheaval. It's a strange May to be celebrating at home this year in 2020, which I thought was going to be the best year ever."

In the latest spotlight interview for Asian Pacific American Heritage Month, the Prodigal Son star opened up with ET about how coronavirus is affecting the Asian American community, a look back on her career-defining Gilmore Girls character, Lane Kim, and why she doesn't have a checklist when it comes to characters that come her way.

ET: What do you make of where things are at this point in time for the Asian American community?

Keiko Agena: This year has been such a roller coaster. The last few years, I feel like there's been so much to celebrate in the Asian American community. It felt like there were ways that we were being seen that we hadn't been seen before in the media, and it felt as if we were part of the mainstream in a legitimate way. It's a weird thing to say it like that, but for most of it, especially being in entertainment, I felt a bit sidelined in our community. And then with the lockdown and with the rhetoric that had come out about COVID-19, some of it has been disturbing towards the Asian community. It's been such an upheaval. It's a strange May to be celebrating at home this year in 2020, which I thought was going to be the best year ever. It started off so great, and then it kind of tanked.

Lane Kim, your character on Gilmore Girls, remains one of a handful of characters whom I remember vividly as an Asian American girl growing up and watching TV. Has that been a common thread in your conversations and encounters with fans?

Yeah, I've heard that for sure. At that time especially, the character of Lane was not something that you saw very often. Especially that [the show] lasted so long -- it went seven years -- and you could see the age development of her character. But the interesting thing about it is that, at that time, it didn't feel that way to me, personally. I think because Gilmore Girls didn't really hit until a lot later. I think for me, it was when it went to Netflix. More people saw it and it became something people talked about. That's where I felt that I was more aware of it being something that was more widespread than a niche community. As far as why there has been a bit of a gap of Asian American representation, I'm hoping that with some of the newer pieces that are out, especially with this month, it's really all changing. Never Have I Ever, which was great. And there's another movie I was meaning to watch it before now, The Half of It, with [director] Alice Wu. Especially the last couple of years where there are younger Asian characters and they're mainstream. Young Asian boys and girls are watching, but also girls and boys of any ethnicity are watching too, which is wild to me.

Lane is such an iconic best friend character, but now we're in a time where Asian actors are getting those lead roles, and not relegated to the token side characters, in a way, serving the narrative of somebody else's story. Is that inspiring to see?

Oh yeah, absolutely. I'm thrilled every time I see Asian Americans telling their stories and getting to play the lead characters, and it's an emotional thing. I can't help it. I love it and I root for them, for their successes. The crazy thing is that, I feel like, if given the opportunity, people will gravitate towards those stories because they're universal stories. And the numbers kind of show that. Mindy Kaling's show [Never Have I Ever] was the No. 1 show on Netflix worldwide -- and it should be supported. I mean, not just for the cultural significance, but from a money perspective.

Is there a part of you that wishes you were coming up in a time where you could have had the opportunity to play a part like Rory Gilmore, instead of the best friend? Is that something that you think about?

Oh no. Myself? No. I'm so happy that I -- this is going to sound cheesy -- but I'm so happy that I've gotten to, and am getting to, live the life that I am living. I don't know what it would be like to be in my 20s right now. I'm sure that is fabulous and also has its own challenges for the people that are coming up right now. I sort of feel like there's always going to be difficulty that just has a different name, and there's always going to be something great about that, just the time that you have and when you are a part of this process too. And there's something really special that I take from growing up in that time period.

When you started on Gilmore Girls, you were in your late 20s playing a high school teenager. Looking back, how did that gap in age contribute to your performance?

My biggest challenge about the age thing, and I've spoken about this before, is really that I was trying to hide it, which made my relationships difficult. I don't think it's strange to play younger. When I look back at those pictures, I mean, this is not in a flattering way at all... I looked like a little kid and I'll cop to it. I'm a little bit of a late bloomer anyway, so it's probably not a bad thing that my character age is a little lagging behind my actual age. It gives me a chance to mature a little bit.

Elements of the relationship between Lane and her mom were also something that resonated with viewers.

What was so fun about it is that I trusted Emily [Kuroda, who played Mrs. Kim], and she trusted me. Not that we've had long discussions about it, but I think we both intrinsically knew that these characters cared about each other deeply. I think because we were both grounded in that right from the beginning, that regardless of what arguments that we have, what kind of insane situations she was enacting or the lengths that I would go to to lie to her as well, and all of the shenanigans -- that all of that was in a small way believable. Because we never sold out the idea that the root of it was because she blatantly cared about Lane, even if the way she went about it was not helpful at all sometimes. I think that's what made it sustainable for all of that time. I think if we ever sold out the fact that love was at the root of it, then people would've turned off of that character, or turned off of me if they thought I was being flippant or rude or dismissive.

Do you think about where Lane is today?

When we revisited her in the [Netflix] revival [in 2016], I'll be honest, I sort of hoped that's a pit stop in her life, because she's pretty settled in Stars Hollow. She's a mom, which is great, but we know that she's working at Kim's Antiques. I still have this hope that she was allowed to express her own passions separate from obligation because I think there's so much obligation in Lane's mind to her mom. Then, because she got pregnant so quickly, to her kids and to her husband. I don't know specifically where she would be, but I would love it if there was more of a percentage of her life that felt like it was her own and purely because she was free to do what she wanted to do.

You've been working steadily ever since, with stints on 13 Reasons Why, The First, Dirty John, Better Call Saul and now Prodigal Son, where you're playing Dr. Edrisa Tanaka. What are you actively looking for when you agree to sign on for a role? What are you trying to avoid?

I don't have necessarily a checklist. Obviously when you get material, there are some things that feel thin where they're just not as exciting. There are things that feel like it has grip to it. In the pilot of Prodigal Son, there's only one scene that my character is in. Even if it was a smaller character, I could tell that there was something that I could grab on to, that I could make something out of it. I loved the idea that it was someone who was so good in one area of their life, as far as medicine and science, and so deficient in the other areas of their life, in the social or romantic aspect. That's something that feels like it's playable and something I can dig into and go long term.

What are you looking forward to in season 2 of Prodigal Son?

There was a scene -- and this wouldn't happen for a long time -- but in one of the episodes that got cut, there were two episodes that got cut, there was a little seed of something that would be interesting for me [to explore]. They are going to pop those storylines back into season 2. But beyond that specific little nugget, I think we saw such an arc with my character as far as how she feels about Bright and how close they are, I would be interested to see how they can continue that in season 2 and to find different layers and levels of that.

Before I let you go, was there anything you wanted to mention?

Little Tokyo Service Center, they've done a lot in this community. My husband and I just did a little bit of volunteering with them and didn't realize that they're also involved with low-income housing in the downtown's Little Tokyo area, and I think that they are so great. There's also Go Little Tokyo. They have an Instagram page that shows all of the businesses and restaurants in the Little Tokyo area, and they're doing some fundraising to help people in need receive meals and also to support businesses to provide those meals. My favorite charity is Tuesday Night Project, formerly Tuesday Night at The Cafe, and it's the longest-running Asian American open mic showcase that will be shut down this year [due to COVID-19], but they're usually during the summers.

May is Asian Pacific American Heritage Month in the U.S., which celebrates the contributions and influences of the Asian community. To capture the current state of representation in entertainment, ET Online will be spotlighting Asian performers and projects all month long.

11 Asian American Stars on the Movies, TV Shows and Books That Influenced Them the Most 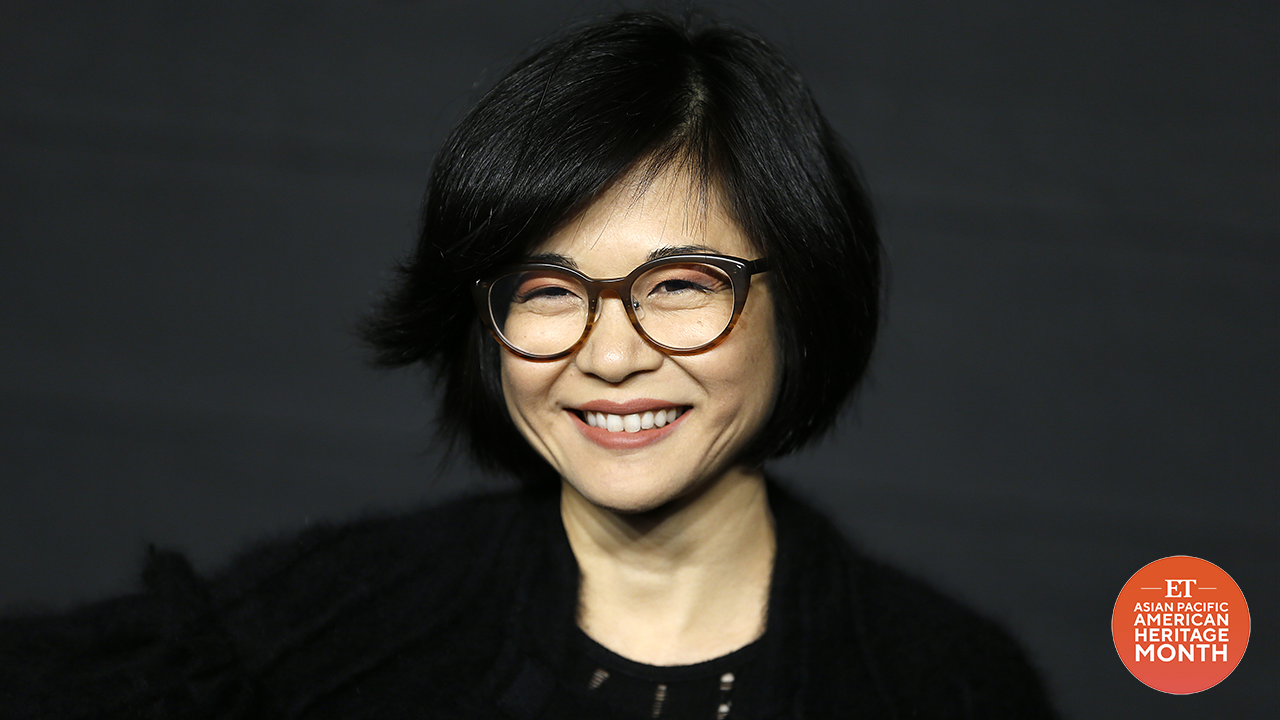