Avril Lavigne is sharing how she reached out to fellow Lyme disease fighter Justin Bieber following news of his diagnosis.

Bieber, 26, revealed he had been diagnosed with the illness via an Instagram post in January and talked further about his experience in his Netflix documentary series, Justin Bieber: Seasons.

“I just reached out like, 'Yo, here for you if you need any advice. I can share my knowledge with you,’” Lavigne tells ET’s Keltie Knight about Bieber, a fellow Canadian. “He was appreciative of that, but I think it seems like he is doing well. He put out new music and he had a tour, also.”

“He is also a warrior overcoming Lyme and that was the whole inspiration behind my song, ‘Warrior,’” Lavigne continues. “‘Warrior’ and ‘Head Above Water’ were the two first songs I wrote for this album because I was freshly coming out of fighting Lyme disease, so naturally that was what was on my heart. I love that I get to bring this out now and have it have a whole new meaning.”

Lavigne, 35, was referring to having recorded her 2019 track, “Warrior,” and releasing it as a charitable single, “We Are Warriors,” due to the coronavirus pandemic.

Sitting at home after the widespread illness forced the cancellation of her international Head Above Water concerts, Lavigne said she remained conscious of fans around the globe being disappointed by the news and felt “helpless” when it came to playing a part in fighting the pandemic.

Seeing frontline workers being hailed as warriors, she thought of her song, “Warrior.”

“I had the idea with one of my girlfriends,” she explains, talking to ET from the music room at her Los Angeles, California, home, where she has been self-isolating with two friends. “We were talking [about] rerecording the song, so I rerecorded 'Warrior,' changed it to ‘We Are Warriors,' in honor of all the frontline workers and everybody who's out there putting their lives at risk to keep us safe. I wanted to show them that they are appreciated because they are the true warriors and true heroes right now. They are holding the world together.”

“Recording ‘We Are Warriors’ and singing it to them was a really intense experience,” Lavigne adds. “I had goosebumps. It felt very powerful and I'm in the process right now of putting together a music video that's really powerful. We asked fans to send in videos of themselves or people they know who are out there being warriors right now.”

The song was in partnership between the Avril Lavigne Foundation and the global health organization Project HOPE, which will receive net proceeds to aid their COVID-19 relief efforts.

Due to Lyme disease, Lavigne is at a higher risk of contracting the illness and she has been on a strict lockdown for the last month and a half, not letting anyone new inside, thoroughly wiping down packages that enter her home, binge-watching “awesome” Schitt’s Creek and becoming a “Swiffer queen,” which she jokes also doubles as her workout.

“I embrace it because I break a sweat and it's good cardio, so I'm working out and getting the floors done!” says the musician, who revealed her illness in April 2015. “I've just been trying to eat really healthy, sleep well, get some sunshine, stay in good spirits."

“And, naturally because I'm just sitting in a house, I’m writing songs,” she shares, dishing that the music she’s working on is fun and with a “rock-and-roll, country flair.” “I'm also finding it's been a lot of work cooking all day, so I've just started to make one huge buffet -- a few vegetables, big salad, couple of proteins, couple of healthy carbs -- and just started having a huge buffet to eat all day to feed the household. I don't normally burn food but I burnt beans!”

See more on Lavigne and Lyme disease below. 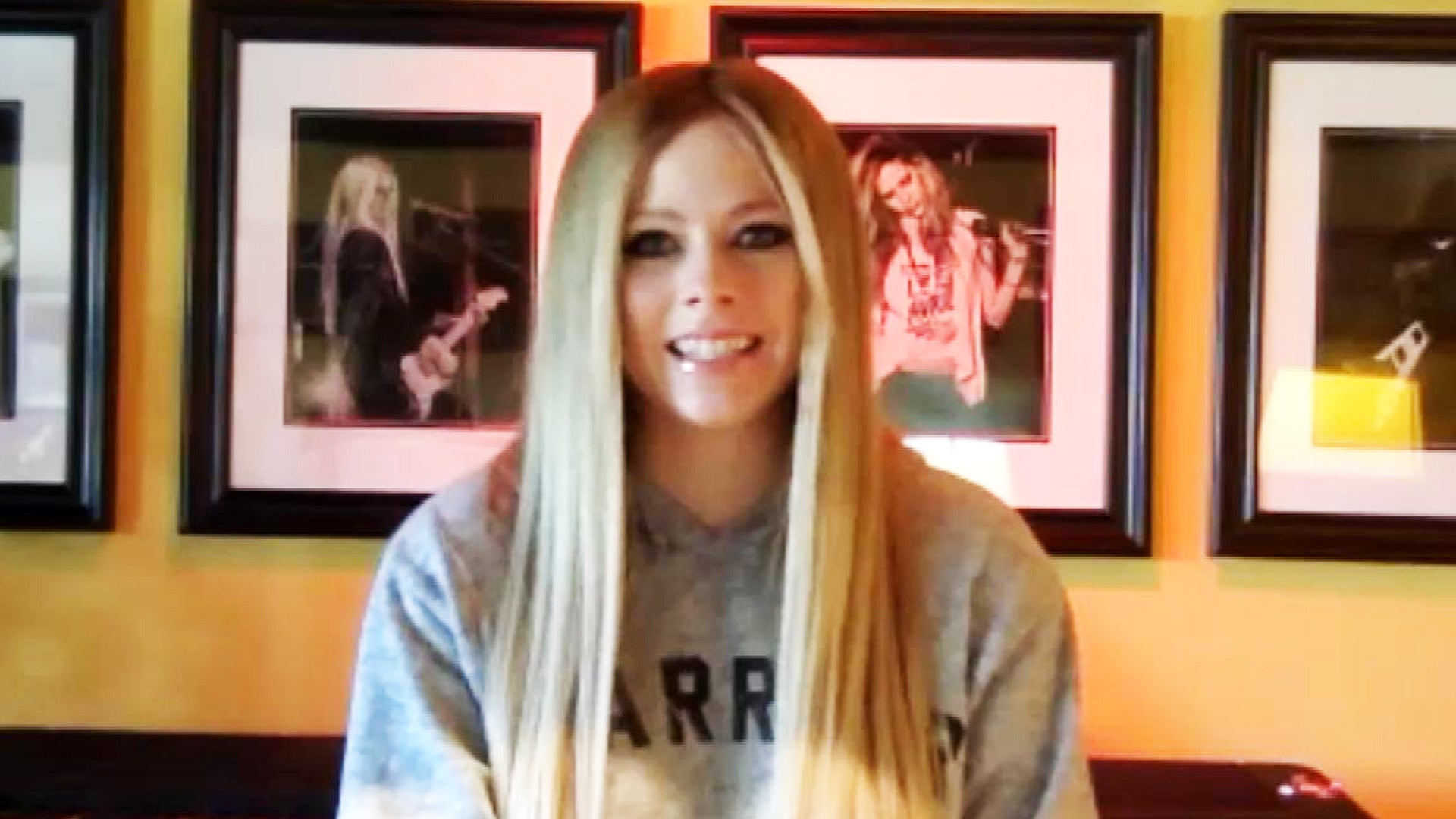