More than 26,000 workers in Texas’ oil and gas industry lost jobs in April

‘I don’t know how you can defend it’: JJ Watt says video of officer kneeling on neck of George Floyd is ‘disgusting’

Men are rocking it too!

It's the Houston Astros sweater that has women salivating. The craze started when Justin Verlander's then-fiancée (now wife) Kate Upton wore the sweater to Game 7 of the ALCS.

Women all across the Houston area started searching far and wide for their own. But it turns out, men are rocking the throwback sweater as well!

Kevin Martinez and Dantes Davis are proud sweater owners. Both bought them from R&A Sports in Conroe.

Martinez said he wanted the sweater long before Upton wore it. He first fell in love with it when Nolan Ryan wore the original back in the day.

Martinez also said, when he wears it, people notice. He has already worn it to Minute Maid Park twice this season, and he can't get very far before someone stops him and asks where he got it. His wife has one too, btw. (And as you'll notice in the picture below, Martinez also met Astros legend Jose Cruz one time he wore it. Lucky guy!) 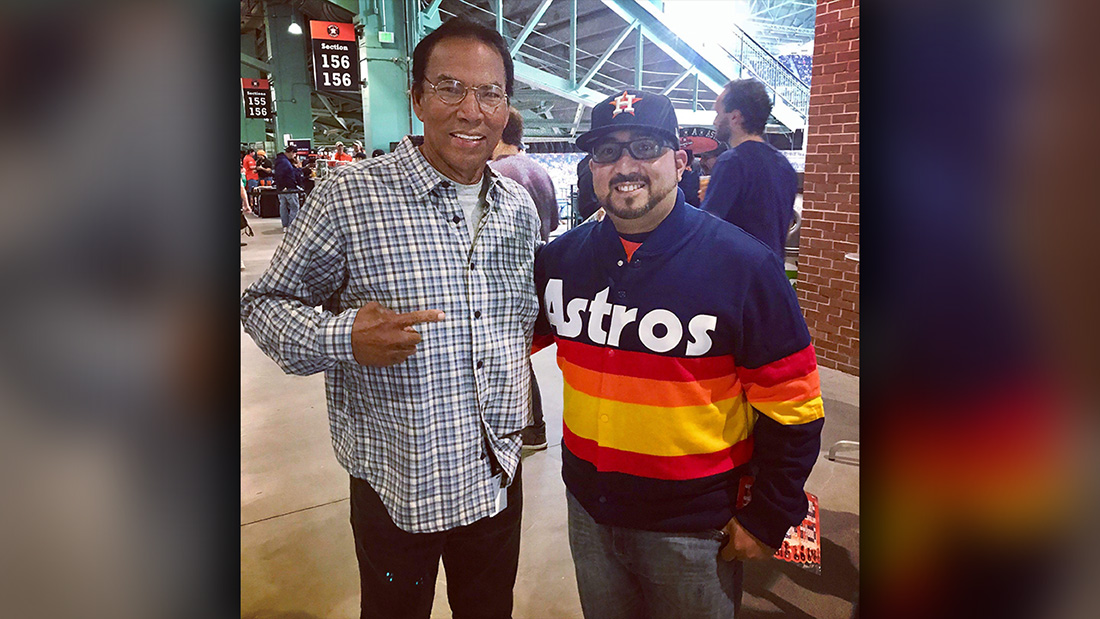 Davis is the envy of at least one co-worker. He said when she found out he had one, she wanted one too (because Upton wore it).

Davis is so happy with his sweater, he's planning on getting another one. He wants one to wear and one to preserve in its new, un-worn condition. 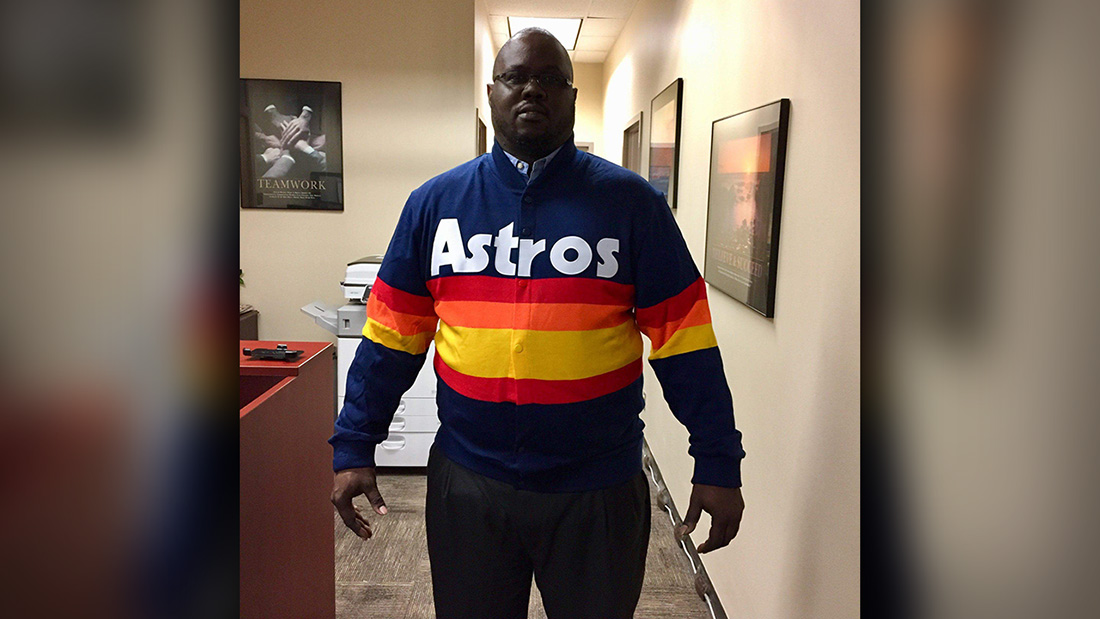 Another man rocking the sweater is Houston rapper Bun B. He posted a photo (with Simone Biles) at Game 3 of the World Series.

Whether you're a man or a woman, getting your hands on THE sweater is not an easy task. R&A Sports is now officially sold out and has 405 people on the wait list for its next shipment.

Mitchell & Ness is sold out online BUT the company is taking orders by phone at its flagship store in Philadelphia. That phone number is 267-273-7622. But you should act fast!

We have a call in to the Astros team store at Minute Maid Park to find out if it has any in stock.