EDITORIAL: Election Day is near. Find out how you can register to vote

5 things for Houstonians to know for Thursday, Sept. 24

Firefighters working to put out fire at storage facility in Pasadena

HOUSTON – Forecasters warned of heavy rain and a flash flood watch in the Houston region on Monday.

A flash flood watch has been issued for Chambers, Matagorda, Brazoria and Galveston counties until 12 p.m. Tuesday. 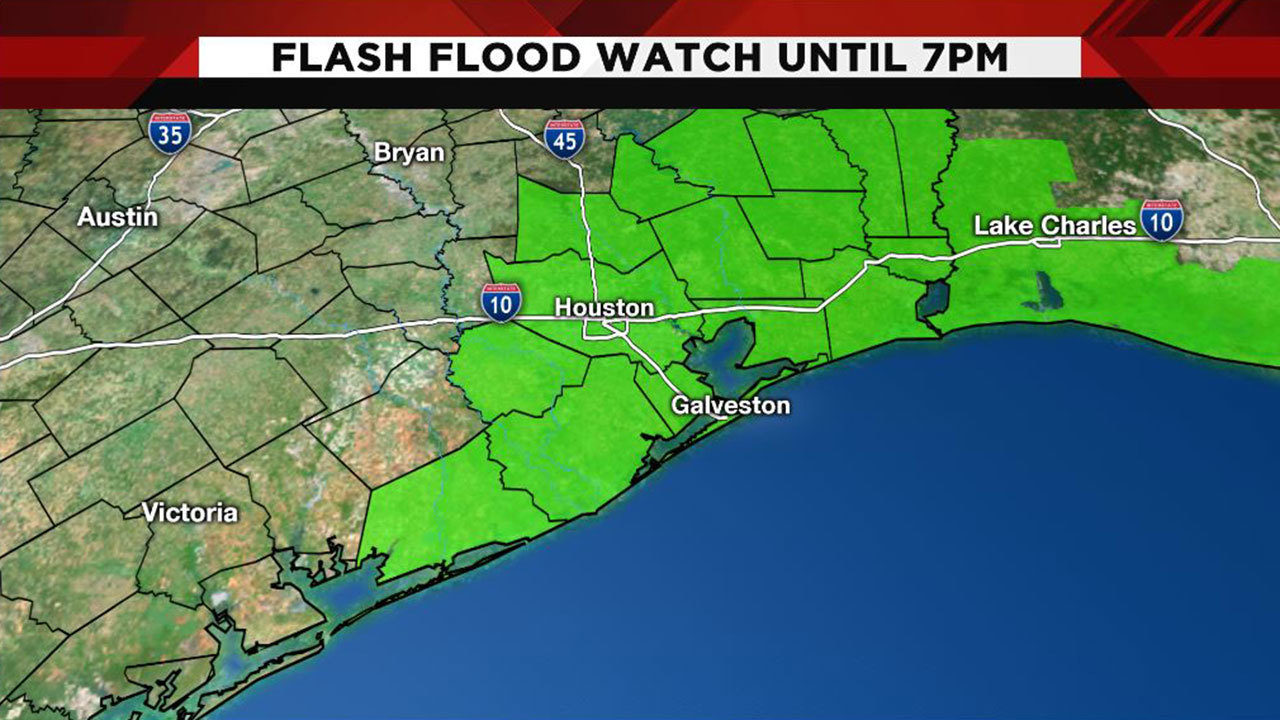 Meteorologist Britta Merwin said to expect thunderstorms to become more widespread after 7 a.m., with periods of heavy rain that could produce flash flooding and street flooding.

"It is important to check current weather and road conditions before traveling today," Merwin said.
"Although quick rises are possible, local bayous are expected to stay in bank."

Thunderstorms are expected to end by the evening, Merwin said.

According to a tweet from the Houston Office of Emergency Management, the city's Emergency Operations Center was activated at midnight. They encouraged drivers to check road conditions before traveling and watch for high water in flood-prone areas.

A Flash Flood Warning means that flooding is imminent or occurring.
If you are in the warned area move to higher ground immediately.
Residents living along streams and creeks should take immediate
precautions to protect life and property.

The official statement from the National Weather Service follows:

The National Weather Service in Houston/Galveston has issued a

* Slow moving thunderstorms are expected to develop over the watch
area producing periods of heavy rainfall. Deep tropical moisture
will spread over the region tonight and Monday fueling the
development of storms beginning around midnight. These storms
will be capable of 2 to 3 inch per hour rainfall rates given the
moist environment and slow movement. Rainfall totals of 1 to 3
inches can be expected with isolated totals of 5 to 6 inches.
Some areas that received moderate to heavy rainfall today will
be more prone to runoff and street flooding. The storms should
weaken by late Labor Day afternoon.

* Primary impacts will likely be street flooding and low water
crossings. Minor flooding is possible of streams and bayous in
the area though any flooding would likely be limited to just the
smaller watersheds.