HOUSTON – One Special Olympian got an extra-special visit from his favorite basketball stars.

Brendan "Beebo" West, 21, was born with a genetic condition called Roberts Syndrome, a rare condition that affects a person's limbs.

West was born without arms. However, he has not let that stop him from achieving.

Joining the Special Olympics in Texas, Beebo never took no for an answer.

"He has so many obstacles he has to overcome just to do what we take for granted, and you see the dedication, the hard work he puts in, and it's an inspiration," Greene said.

While basketball is his main game, he also plays Bocce ball and other sports.

"We just started tennis last year, and he's holding rackets and hitting balls over the net – nothing stands in his way," his current coach, Amy Amend, said. 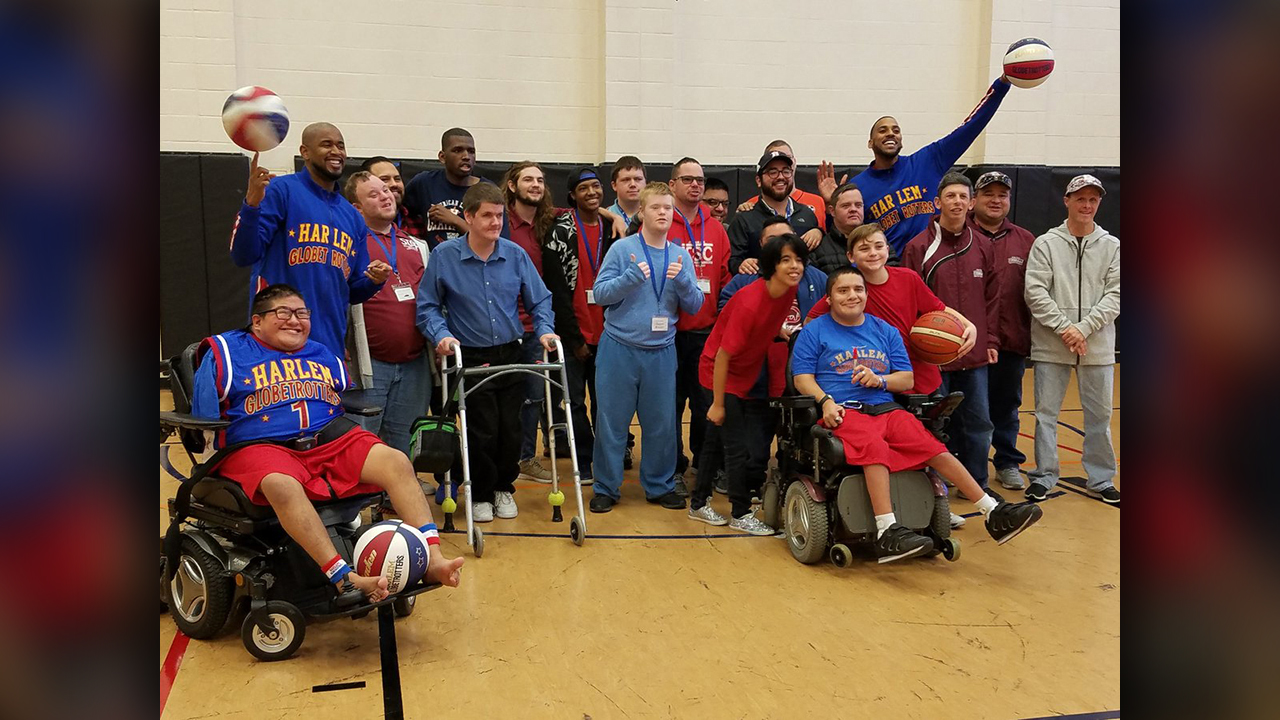 His parents could not be more proud of their son. They have always encouraged him to adapt and achieve. His dedication won him the 2016 Special Olympics Texas Male Athlete of the Year and a prestigious honorary ESPY award, one which less than 30 athletes get nationwide. 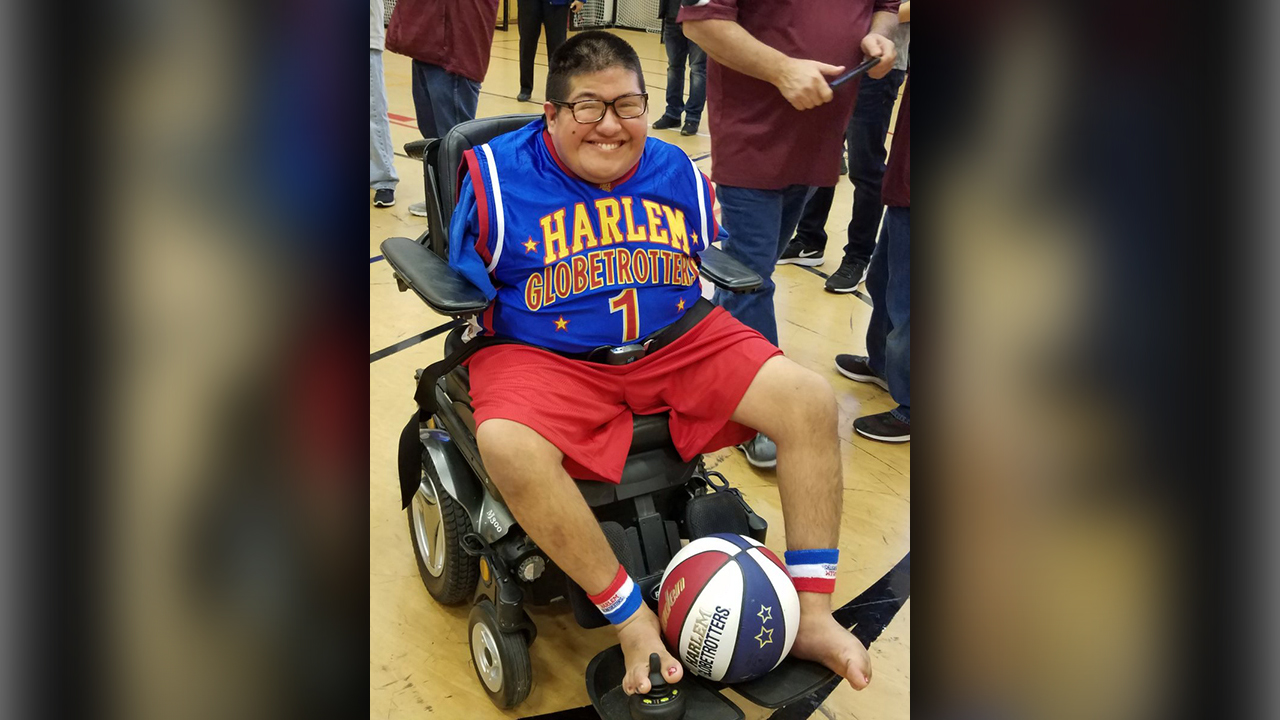 "If there is an obstacle or problem, we've taught him to go around it or over it or under it," West said.

On Wednesday, his hard work also caught the attention of the Harlem Globetrotters – Beebo's favorite team.

Special Olympian "Beebo" Brendan West was honored by @Globies Harlem Globetrotters for his achievements in basketball, especially for his unique skill -- making a basket using his feet! @KPRC2 Story at 5 pic.twitter.com/w1jQheDIy1

"Beebo's been a Harlem Globetrotters fan ever since he was little. He's been up 10 feet in the air – he's so excited," his mother, Ann West, said.

After receiving game tickets for Christmas, Beebo was excited to meet them in person. The feeling was mutual.

"We heard he could shoot with his feet, and we wanted to see for ourselves," Christensen said.

Beebo showed them his moves, making baskets with his feet, even helping McClurkin with a pass for an assist.

"After one to two attempts, he gave me the perfect pass," McClurkin said.

Harlem Globetrotters paid a visit to one Special Olympian who has achieved throughout his whole life, playing basketball using his feet. Story at 5 @KPRC2 pic.twitter.com/MjOFlpLJz6

The duo gave Beebo a jersey and signed it. For Beebo, it was a dream come true.

This Special Olympian couldn't help but win the hearts of everyone.

"This is something we're going to remember for a long time," Christensen said.

Beebo will be seeing the Harlem Globetrotters in action during their game in Houston Saturday.