Take a stroll down Sesame Street, relive your childhood, now in Orlando

Editor's note: Below, our writer, Tom Metevia, will give you a first-person account of Sesame Street land. Based in Orlando, he writes a lot about theme parks and is known to cover the newest attractions.

As a millennial, I grew up watching "Sesame Street."

I fell in love with the characters, and I was always ready to take another stroll down Sesame Street and stop by the famous stoop at 123.

And after 26 years, I am now able to tell you how to get to Sesame Street.

SeaWorld Orlando has given children a way to enter a place they knew only as a fictional area on television and, in my opinion, this area can be fun for families and childless adults alike.

Let's go over everything that's offered at Sesame Street land, shall we?

When you first enter Sesame Street, located behind Shamu Stadium, you are surrounded by bright colors and bubbly music undoubtedly keeping the clouds away -- well at least for a little while; it is located in Central Florida, after all.

Look for the green and yellow street sign and you'll know that you've made it to Sesame Street. Everything has been "Muppetfied."

From the storefronts to the billboards, things have truly been reimagined with our furry friends in mind.

Even the newspapers have been changed to show the top stories from the street.

Let's talk about the rides. If you ever visited a fair when you were younger and you rode on something that was built in a day, then these rides might feel familiar. They're small, kid-friendly attractions with fun themes.

You won't find any large thrill rides on Sesame Street. Instead, you'll find Super Grover's Box Car Derby, which is closely related to The Barnstormer at Walt Disney World. If you like to spin, then you'll want to try out Slimey's Slider and Big Bird's Twirl 'N' Whirl.

Sesame Street knows how to throw a street party.

You will not want to miss the Sesame Street Party Parade. SeaWorld's only parade takes place on Sesame Street. With an upbeat soundtrack of songs you'll probably know, the parade is fun for the entire family.

The parade is short with fewer than 10 floats, however, it stops on the street and invites children out to dance and play with their favorite characters.

Be warned, the songs will be stuck in your head for the remainder of the day. If you want to prepare yourself before your visit, we'll leave this right here for you.

Click or tap here for more info on this upbeat street party.

Of course, bring a change of clothes with you if you plan to cool off. There's nothing worse than walking around Central Florida with wet clothes.

If you went to the splash pad and didn't pack a change of clothes, don't worry. Like most theme parks, Sesame Street land has a gift shop positioned perfectly across the street from the splash pad.

Inside Hooper's store, you'll get lost in nostalgia and colorful souvenirs. You'll find tons of great gifts for kids and adults, as well.

Are you ever too old to rep "Sesame Street?" You can find all sorts of apparel that will bring out the kid inside. You'll also be able to meet Elmo and Cookie Monster. 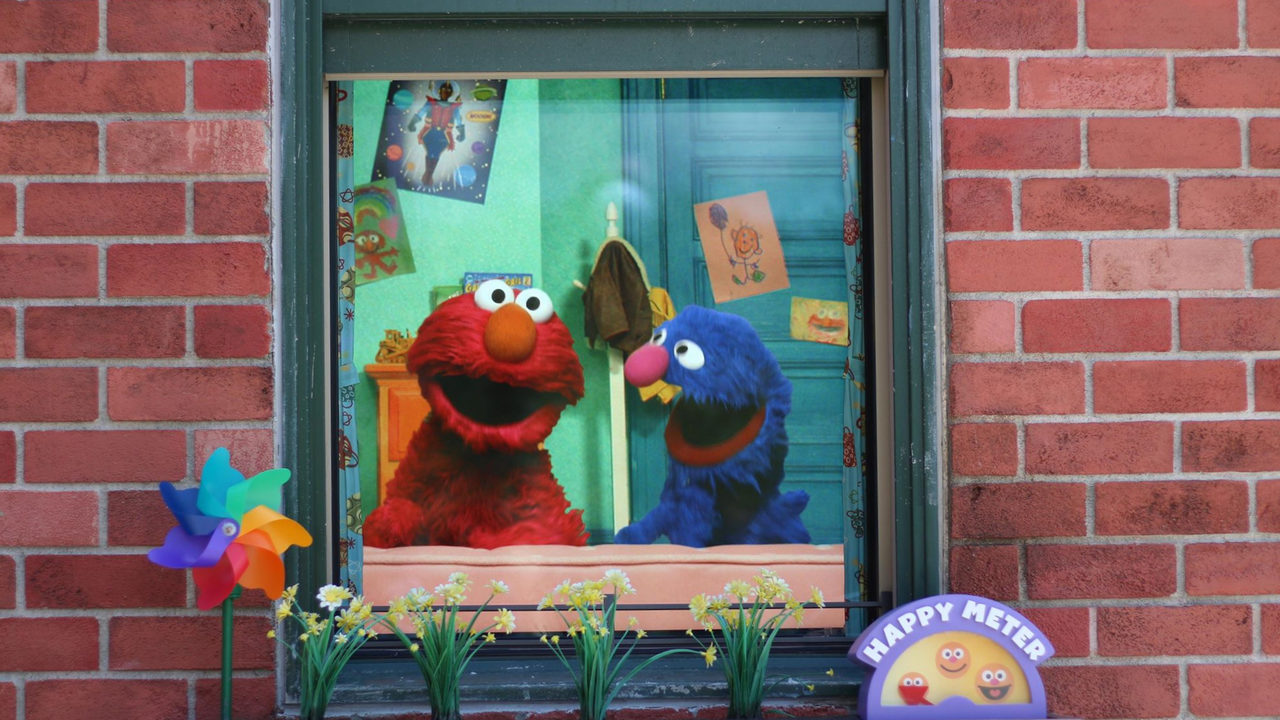 The whole space is filled with different ways for kids to feel like they are part of Sesame Street. Here are our top four ways.

Elmo's Window: Elmo’s bedroom window will come to life with special moments that allow you to play, dance and sing with Elmo and his friends.

Two-Headed Monster Pipe Telephone: The Two-Headed Monster will be waiting to hear from you at the Ivy Building door. Talk into one end of the pipe telephone, then hear your voice transform into a friendly monster voice.

Create-A-Monster: Walk behind Hooper's store and make a monster. Choose everything from the eyes, nose and mouth -- even the clothes. Then watch your monster become a part of the wall with the other monsters that were created that day.

Storytime with Big Bird: Your day won't be complete without a visit to Big Bird's nest. Listen to the story, then get a chance to meet your favorite yellow-feathered friend. This is an interactive event that anyone can enjoy.