Police: Man drowns after falling from a boat at a Galveston marina

The U.S. Supreme Court has again ruled against Texas’ top criminal court in a death penalty case, the latest in the high court’s repeated dismissals of Texas decisions against death row inmates.

In a 19-page opinion on a 6-3 ruling Monday, the justices sent Terence Andrus’ case back to the Texas Court of Criminal Appeals for further review. They said the court must again examine whether the “abundant” amount of mitigating evidence not presented at Andrus’ trial should warrant a new punishment trial to decide if he should get lethal injection or life in prison without parole. Justices Samuel Alito, Neil Gorsuch and Clarence Thomas dissented.

Andrus was sentenced to death in 2012 for two 2008 shooting deaths in Fort Bend County during an unsuccessful carjacking attempt. Last year, the Court of Criminal Appeals rejected the trial court’s recommendation on appeal that Andrus get a new punishment trial because his lawyer failed to raise potentially sentence-changing evidence. 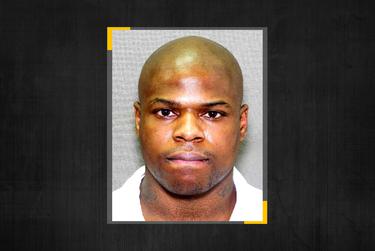 The Supreme Court ruling focused on the evidence that could have been used to sway the jury from a death sentence. This includes his mother’s drug addiction and prostitution, his role as caretaker for his siblings when his mother would disappear, his own drug abuse, multiple suicide attempts and a diagnosis of psychosis.

“During Andrus’ capital trial, however, nearly none of this mitigating evidence reached the jury,” the justices wrote. “That is because Andrus’ defense counsel not only neglected to present it; he failed even to look for it.”

The justices ruled that the work by Andrus’ lawyer, former Fort Bend County prosecutor James “Sid” Crowley, fell below what is legally reasonable representation. They sent Andrus' case back to the Court of Criminal Appeals to make a determination on whether, with better legal representation, there is a “reasonable probability” that Andrus’ jury would have instead delivered a life sentence. Both factors must be met for a new trial to be granted based on a constitutional violation of effective assistance of counsel.

Crowley died in 2019, according to an obituary listing.

Supreme Court justices said it was unclear in the Court of Criminal Appeals’ rejection of a new trial if it even considered whether Crowley’s representation could have affected the jury’s decision. The Texas court’s opinion simply stated that despite the trial court’s recommendation for a new trial, Andrus had failed to show what is needed for one — that the legal representation fell below an objective standard and that there was a reasonable probability that his sentence could have been different with better counsel.

The dissenting justices said that was enough to indicate the Texas court had considered the standard, and argued the court shouldn’t have to show it again.

“Perhaps the Court thinks the CCA should have used CAPITAL LETTERS or bold type. Or maybe it should have added: ‘And we really mean it!!!’,” Alito wrote in his dissent.

Andrus, now 32, was convicted of capital murder and sentenced to death for the killings of Avelino Diaz and Kim-Phuong Vu Bui. According to court documents, Andrus confessed to the crime, saying that while he was high on PCP-laced marijuana, he tried and failed to steal Diaz’s car, shooting and killing him and Bui, who was in another car.

At the punishment trial, Crowley brought forward Andrus’ parents, who largely said he was a good child and sibling and that he did not have access to drugs, which Andrus said was a lie, according to court documents. A prison counselor also testified that Andrus appeared to show remorse, and a drug expert spoke generally on the impact of substance use on developing brains, according to the opinion.

Aside from Andrus’ own testimony, almost no evidence was presented on what the Supreme Court opinion called “a childhood marked by extreme neglect and privation, a family environment filled with violence and abuse.”

The dissenting justices and the prosecution, however, point to Andrus’ often violent criminal history as a reason why even with bad lawyering, the trial would have likely still ended in the death penalty.

“To establish prejudice, Andrus must show ‘a substantial, not just conceivable, likelihood’ that one of the jurors who unanimously agreed on his sentence would not have done so if his trial counsel had presented more mitigation evidence,” Alito wrote for the dissenting opinion.

Andrus had previously been sent to a state juvenile lockup after taking part in a robbery, and he had been accused of other armed robberies and violence within the juvenile lockup. The majority opinion by the justices wrote that the lack of mitigating evidence presented hurt Andrus more because his lawyer was unable to counter the state’s presentation painting Andrus as a violent criminal.

The justices said that in the lockup, Andrus was “steeped in gang culture, dosed on high quantities of psychotropic drugs, and frequently relegated to extended stints of solitary confinement.”

In recent years, the Texas Court of Criminal Appeals has repeatedly been knocked in harsh rulings by the U.S. Supreme Court on death penalty decisions.

Twice, the high court overturned the state court’s decisions in the case of Bobby Moore, first invalidating the Texas court’s method for determining whether a death row inmate is intellectually disabled and therefore ineligible for the death penalty. After the state court again said Moore did not qualify as intellectually disabled and was eligible for execution, the Supreme Court again tossed the court’s ruling and made the decision itself that Moore was disabled.

Since then, Moore and other Texas death row inmates with intellectual disability claims have been resentenced to life in prison. Moore was granted parole earlier this month.