With data delays, doctors struggle to get a clear picture of COVID-19 spread in Houston

The Astros license plate that had us scratching our heads

Not all Astros fans are from Houston

HOUSTON – Houston has a lot of die-hard Astros fans. And when they won the World Series, those fans put their pride on display. But something a Channel 2 viewer spotted in a Houston parking lot proves that it's not just Houstonians who love this championship team.

Local chef and loyal Astros fan Daniel Nossa was shopping at Highland Village recently when he spotted a car with an Alaska license plate that pays tribute to the World Series champions. The personalized plate said ASTROS. Nossa posted it to Instagram with the caption "Don't see this everyday..." 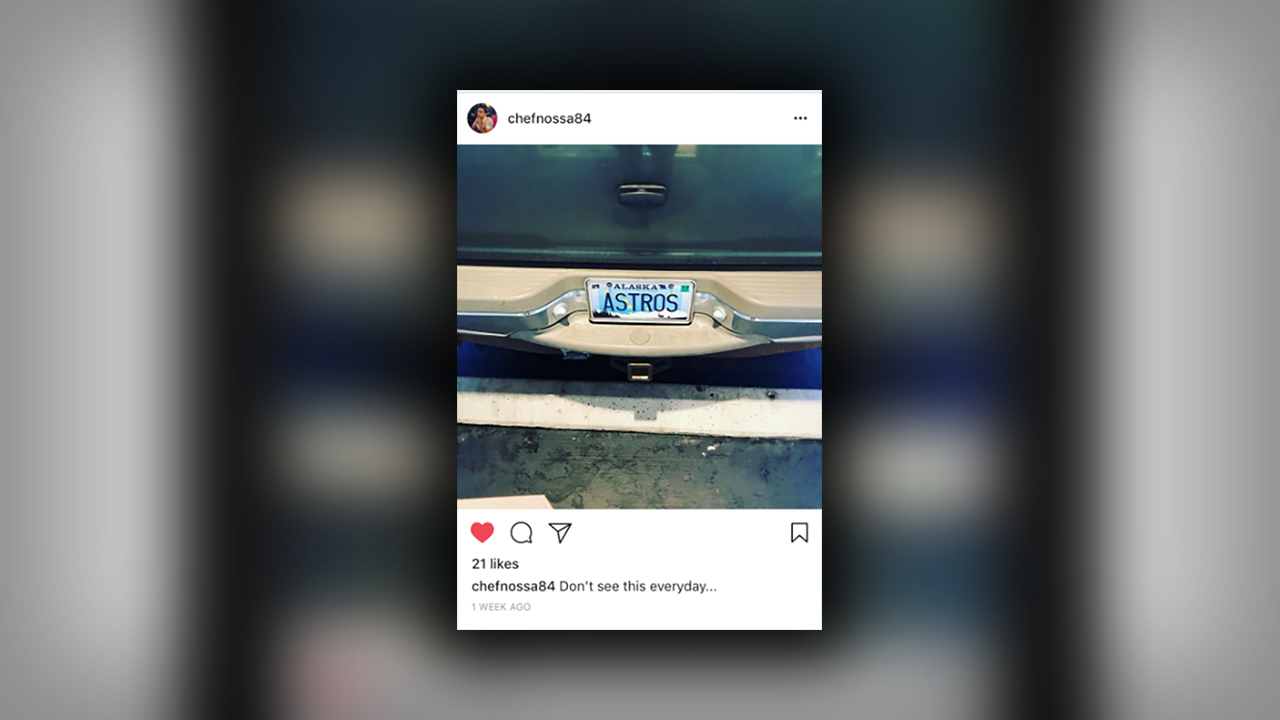 That license plate got us thinking about how many Astros fans are driving around with their pride bolted to their rides. We took our question to the Texas Department of Motor Vehicles and learned that there are about 24 million registered vehicles in the state of Texas, so finding out how many drivers have vanity plates with an Astros variation would be pretty much impossible. However, the specialty license plates that simply have an Astros logo on the side are easier to track. The DMV said there are about 260 of those active plates statewide.

Something else we found during our research: Astros general manager Jeff Luhnow has a vanity plate. There's a funny story behind it.

Remember when the Astros lost 111 games in a season a few years ago? After that, Luhnow got a vanity plate that had "GM111" on it. He told USA Today why he did it: "I wanted to remind myself every time I got into my car that I never wanted to experience anything like that again.''

Fast-forward to when the Astros won the World Series. The Texas DMV was quick to react. It sent out a tweet offering Luhnow a replacement: "We're reserving this personalized plate for Mr. Luhnow whenever he's ready for it!" The tweet included a picture of the plate WSWNR, which stands for World Series winner.

We're reserving this personalized plate for Mr. Luhnow whenever he's ready for it! @astros #EarnedHistory pic.twitter.com/NxgpLoD2C0

Thursday we asked Luhnow if he ever got that plate. He said he did get a new license plate but not with that specific set of letters. He said he planned to reveal his on opening day.

So what have we learned? The Astros have fans in Alaska. The Texas DMV sends out some creative tweets. And Jeff Luhnow has a surprise for all of us when the Astros get back in uniform in a few months.