In the Kitchen with H‑E‑B: Mouthwatering dishes for a Texas-sized appetite

Can you choose the most depressing Disney movie scene?

Grab the tissues as we go over 6 different moments

Whether it's the animated shorts or full-length motion pictures, Walt Disney Studios is a master of creating magic and wonder for children and adults alike.

That magic allows us to escape the harsh reality we may find ourselves in and instead live the fantasy we’ve always dreamed of. But as great as Disney is at making us feel warm and fuzzy inside, those movies and shows are also pretty effective when it comes to destroying our feelings of happiness -- and instead, filling us with sadness. We all remember the opening sequence of "UP."

"For every laugh, there should be a tear."

Well, if you're like us, you've shed many tears while watching your favorite Disney flicks. Get your tissues handy as we go over our saddest Disney scenes and figure out which one is indeed the most depressing.

We’re starting off our list with the soon-to-be live action motion picture, "The Lion King." Of course, you already know what scene we’re talking about. We're introduced to Mufasa right away and we immediately find ourselves getting attached to this fatherly figure. His demeanor as a father -- being a stern dad and wanting what's best for his son -- is very relatable to most kids. Mufasa's brother Scar has different plans for the king and devises a plan to dethrone him. Spoiler alert: Mufasa attempts to save Simba during a wildebeest stampede and -- well, you know what happens next. But we can’t be too sad. It’s the circle of life. 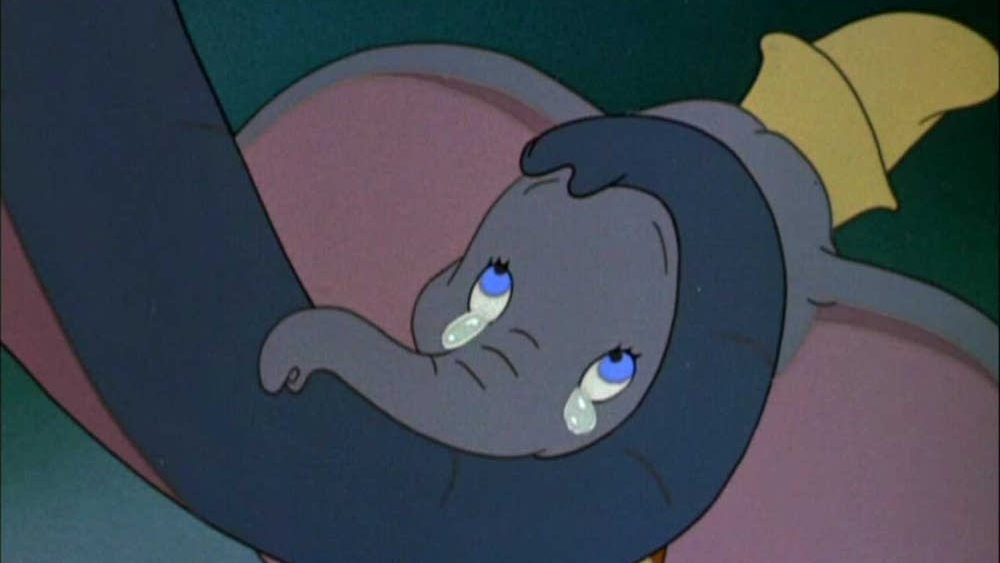 Next is the Disney classic, "Dumbo." While the entire movie is a tearjerker, we’re going to look at a scene that cuts real deep. Dumbo and the other elephants are parading around the big ring when a little boy tugs at Dumbo's ears. Upset at the way her son is being treated, Mrs. Jumbo protects her son, resulting in her being locked up, away from the other elephants. Dumbo goes to visit her one night and she tries to comfort him from behind her steel bars. This movie shows just how far a mother will go to protect those she loves. We can only imagine how sad this scene will be in the live-action version, set to be released in May. If the scene alone doesn’t get to you, the song surely will. 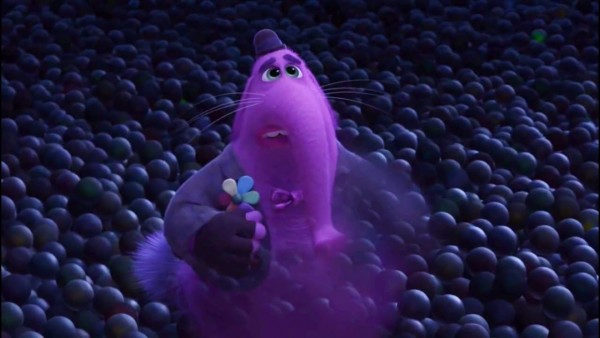 Who's your friend that loves to play? We’ve all had imaginary friends at one point. They kept us company when we were alone and gave us someone to play with when no one else would. But in a harsh reality, we all have to grow up some time. Eventually, those fond memories disappear and we forget how to be a child. This scene from "Inside Out" shows us the final moments of 11-year-old Riley’s imaginary friend, Bing Bong. During his adventure with Joy and Sadness, Joy and Bing Bong fall into the memory pit, where things are forgotten. As Bing Bong starts to fade, we're reminded of our childhoods and the things we let fade away. This scene pulls at our heart strings because it's just so relatable. 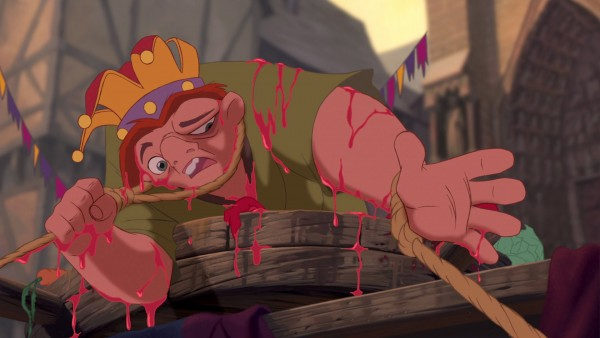 This movie could be one of Disney's darkest productions. Quasimodo sits in his bell tower gazing at the people below. He wants nothing more than to experience one day out there, among the people he's watched, but he's told that he is deformed and ugly. He's convinced he's a monster and will never fit in. This scene takes place during a street party where rules don't apply. Quasimodo swings down from his tower to join in the Festival of Fools, where he is crowned king of the fools. For once, Quasimodo feels as if he fits in. As everyone cheers, he breaks into a big smile, but those dreams are shattered fast when the guards begin pelting Quasimodo with tomatoes and eggs, eventually turning the entire crowd against him. Quasimodo is a gentle character who wants nothing more than to fit in and experience a life outside his tower. 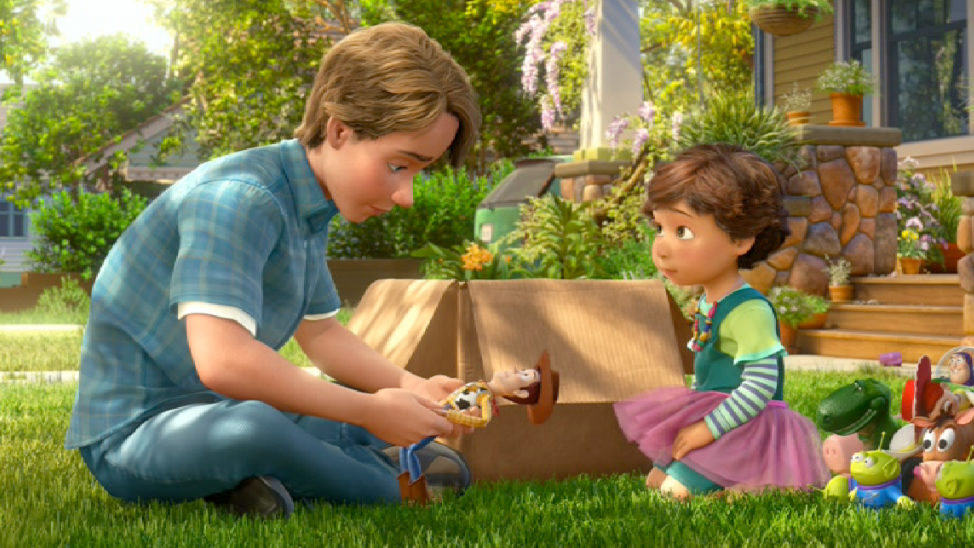 If you were born in the early ‘90s, you probably grew up with the "Toy Story" films.

The films convinced us that our toys were living a life of their own while we were away. We saw Woody save Buzz from being blown away on a rocket. We remember the scene in which Buzz finally flew, or fell with style into the family car. As we got older, we were able to see our favorite toys in a sequel. This time, they would meet new friends and escape being sent to a museum with the rest of the Roundup Gang. All of us who grew up with the movies were young adults when Disney and Pixar graced us with a third film. This would prove to be the saddest of the "Toy Story" collection. We all had to say goodbye to our childhood toys at one point, whether they were thrown away or donated, it was as if we lost a piece of ourselves. "Toy Story 3" gave everyone a chance to say goodbye to the toys they grew up loving. Now with a fourth movie set to be released this year, a new generation of kids can enjoy the toys that defined childhood for many of us.

"Now, Woody -- he’s been my pal as long as I can remember. He’s brave, like a cowboy should be. And kind and smart. But the thing that makes Woody special? Is he’ll never give up on you -- ever. He’ll be there for you, no matter what. Y’think you can take care of him for me?" 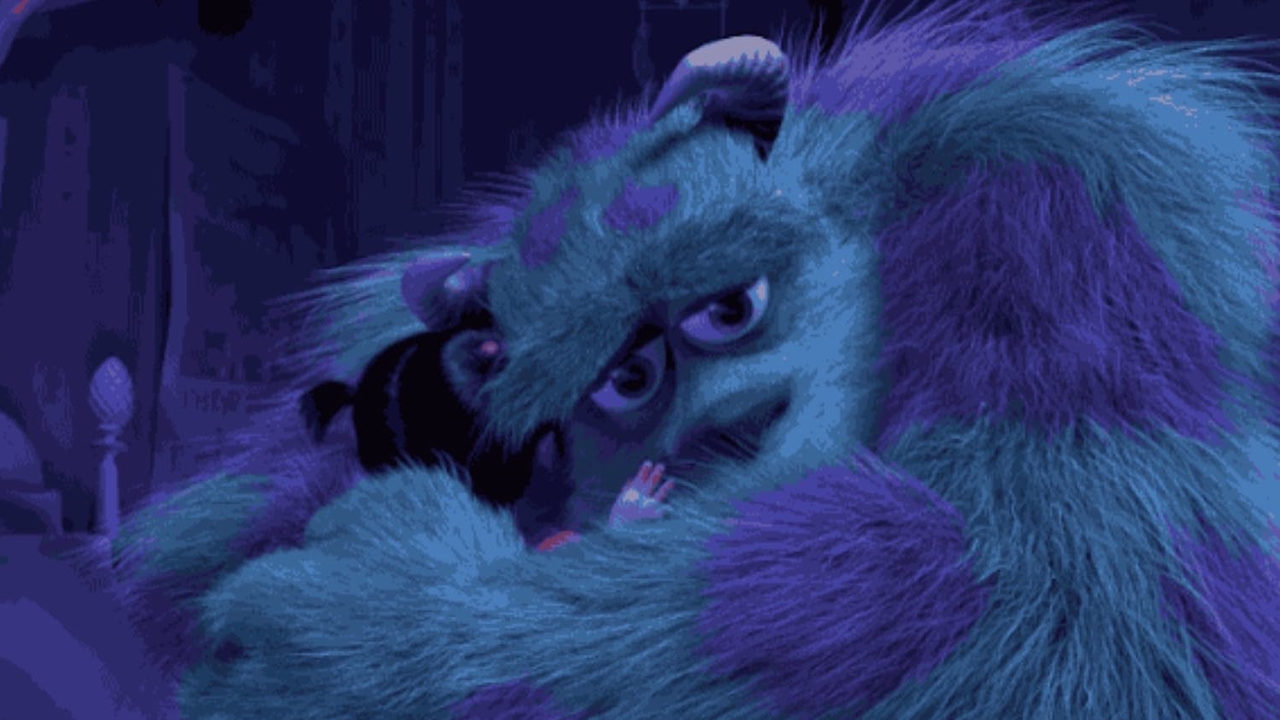 Disney and Pixar showed us that if there are monsters in our room, chances are, they aren't as scary as we may think. According to the movie, they may be more scared of us, and if you get into trouble, make sure to bring plenty of socks -- 2319! After the adventures and struggles Mike and Sully go through in order to get Boo home, they finally have to say goodbye to her. Knowing that the door will be destroyed after they leave, Sully has a hard time saying goodbye as Boo continues to pick up her toys to try and play. Sully knows his time with her is running out and decides to tuck her into bed. At a young age, kids don't really understand goodbyes and what they mean. This makes the scene even harder to watch because Boo expects to be able to open the door and find Sully once he has left, which we know won't happen. Luckily, true friends come through in the end and we know this goodbye is short-lived.

Phew, you made it. Hopefully, you aren't feeling too depressed after thinking about those scenes. All that's left to do is cast your vote below for which one you believe is the saddest. Your vote matters, so choose carefully.

We know there are a ton of other moments in Disney movie history that have brought on the waterworks; we didn't even bring up "Bambi!" If you have another scene you believe is the saddest, let us know in the comments below.