WANTED: Man out on bond accused of murder in girlfriend’s shooting death

Lawsuit filed against Tesla after accident that injured 5 police officers

The most powerful, emotional moments from mourners at the funeral for HPD’s William ‘Bill’ Jeffrey

Jamie Lynn Spears and the cast of Zoey 101 are back together! The 29-year-old actress, who starred as the titular character, reunites with Paul Butcher, Sean Flynn, Kristin Herrera, Chris Massey, Erin Sanders and Matthew Underwood for a special All That sketch airing Saturday, July 11.

In ET's exclusive first look at the sketch, Spears begins by reprising her role as the grumpy, 101-year-old, bacon-loving bodyguard Thelma Stump. She's first seen blocking the All That cast members from entering the set, before the Zoey 101 actors show up and they get in a heated confrontation. See how it all goes down, below.

The episode marks the first on-air reunion of the Zoey 101 cast since it wrapped in 2008. In November, Spears ignited suspicions that something exciting was brewing for the Zoey 101 cast. She posted a photo of a script in which nearly every line is blacked out, except one: "Gimme that bacon."

ET spoke with Spears in May, while she was promoting her first acting gig in 12 years, Sweet Magnolias, where she talked about being back in front of the camera.

"I missed acting and I am just happy to be back and happy to see what is next and happy for everyone to get to meet [my character] Noreen because I love her," she added. "It's really special. I love it and I hope everyone else will too."

See more in the video below.

All That airs Saturdays at 9 p.m. ET/PT on Nickelodeon. 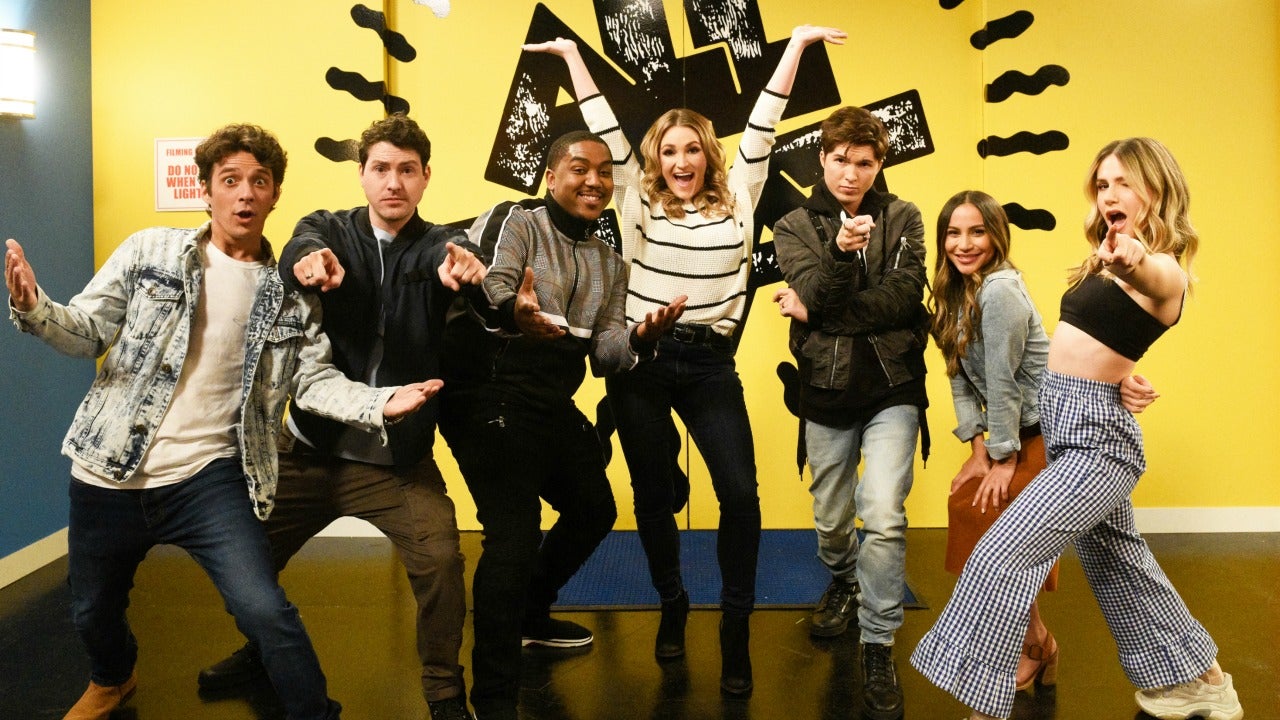