‘It was special to me.’ HPD officer who was shot reveals Pres. Biden visited him in the hospital

Galveston County hopes to vaccinate 1,000 people per day as distribution ramps up

Crystal Methyd, Gigi Goode and Jaida Essence Hall are making Drag Race herstory amid the Jandemic pandemic. In lieu of a live grand finale, as has become customary, season 12's finalists will compete for the crown without leaving their homes.

Friday's virtual finale will see Crystal, Gigi and Jaida compete in a "revolutionary" lip-sync battle involving "innovative technology" to "highlight the creativity of the queens," teased VH1. What that entails exactly is a secret for the queens to sit on, but they did open up to ET's Brice Sander about preparing for it in quarantine.

"No matter what we’re going through right now, I still think that the [fans] deserve a fantastic finale," Jaida said, teasing new sides of herself to be ruvealed during the episode. "Throughout the course of the show, they've seen a lot of me, so they obviously will be expecting a lot from me."

Mama Ru is putting her dolls through their paces, too, with not one, not two, not even three or four, but five lip-sync numbers during the finale.

"Normally you put on your outfit and you step on the stage and, like, you're ready to go," said Crystal of all the extra planning that goes into an at-home lip-sync. "And making it work on the time crunch, because it's still a race! The crazy things is, like, I was in quarantine for the show and now I'm just in quarantine again. It feels like I've been stuck on this show forever!"

"If I were on the road right now -- like I should be as a new Ru Girl -- I would not have any idea how I'd bring together the things that I've been having to bring together," Gigi explained. That most stores are currently shuttered only made preparing that much more difficult. "We've been having to, like, hand-paint curtains from Target to make the fabric that I need for specific looks. Everything that I'm doing I'm so proud to say has been done by hand, by me, by my friends."

The virtual finale will feature appearances by season 11 winner Yvie Oddly and reigning Miss Congeniality Nina West, as well as appearances by "special celebrity guests." And in the end, one queen will be named America's Next Drag Superstar and collect a cash prize of $100,000.

As for Crystal, her Drag Race journey began with her just trying not to go home. "I was really nervous in the beginning of the competition. I think that's pretty obvious," she laughed. "But [once I started] having fun -- because that's the reason I do drag, is to just have fun -- that's when I started really succeeding. So it feels really, really good to have finally made it to the top. And I feel honored to be with Jaida and Gigi, because those are my talented sisters."

That last sentiment is shared by all three queens, who made it clear that they aren't just excited to be in the top three, but in this top three.

"I'm gonna take the crown," Gigi deadpanned. "But if I didn't -- in some crazy universe I didn't take the crown -- I would be so honored and happy to have it go to somebody like Crystal and Jaida. Like, these girls are some of the best friends I've ever had. And the fact we are all such different drag queens, it's a top three like you've never seen before. So if any one of us took it, it would be just incredible for the history of the show." 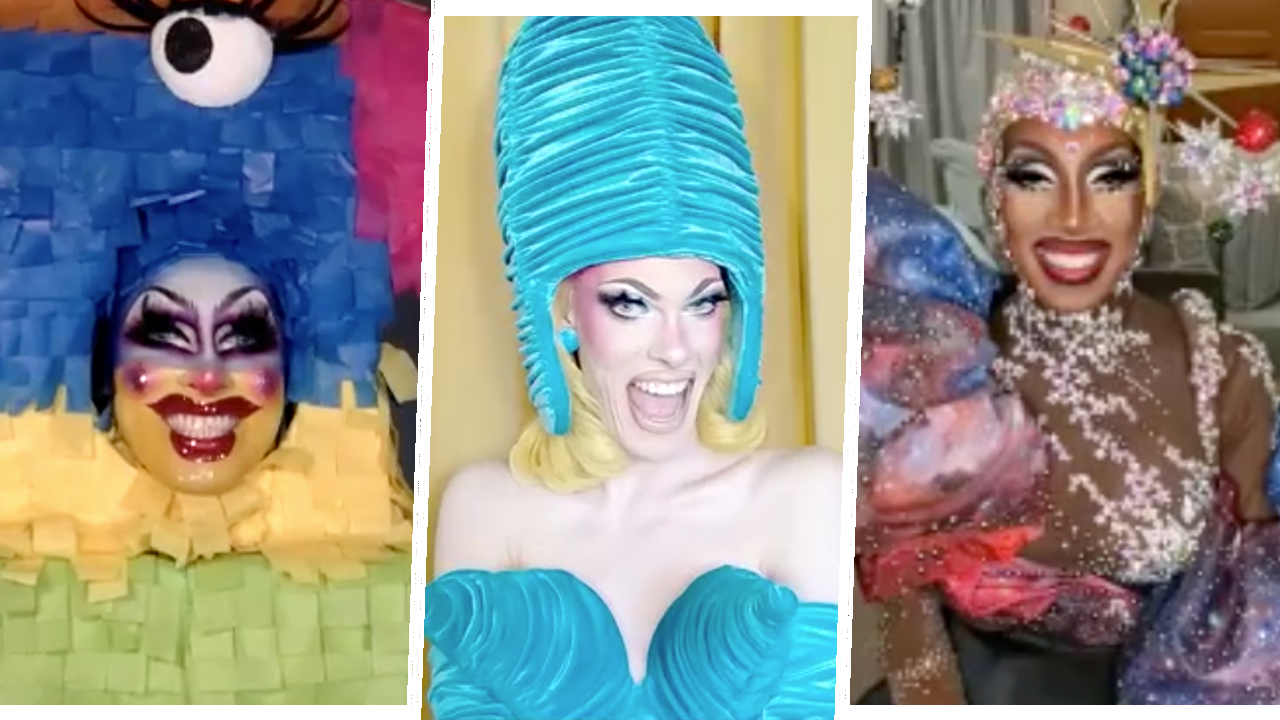