In commemoration of the 20th anniversary of the Texas A&M bonfire tragedy we want to remember the two Aggies from Houston who were killed during the bonfire's collapse.

The collapse occurred the morning of Nov. 18 in 1999, when college students and alumni were pilling on new logs onto the traditional bonfire ahead of their football game against the University of Texas.

Nathan Scott West and Christopher Lee Heard were two of the eleven students and one alumni who lost their lives in the tragic accident.

West was from the city of Bellaire and attended Westbury High School before his time at Texas A&M University.

"Nathan is one of the most honorable individuals I've ever known," said Garry Golub, a pre-calculus teacher at Westbury High School.

West was a sophomore majoring in Ocean Engineering at the time of the accident. He was a member of the Texas A&M Corps of Cadets. He was in Squadron 5 in 1998 and in Company C-2 in 1999. 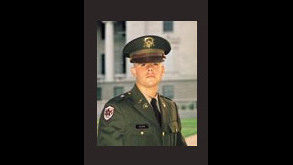 Heard was born in Sheridan, Wyoming but moved to Houston with his family when he was five years old.

He attended public schools in west Houston for his first nine years.

Confident, competitive, sociable, tough and respectful are some qualities used to described Heard in his memorial.

Heard was a freshman majoring in Pre Engineering at the time of the accident. He was also a member of the Texas A&M Corps of Cadets. He was part of Company K-2.