HOUSTON – They aren’t sure his breed, his age or even the color of his fur, but all of the veterinarians at Westheimer Animal Clinic Bellaire know that Pete was near death.

“When you touched him he would bleed,” said Dr. Mike Huddleston, a veterinarian at the clinic. “He came in just dripping blood.”

Scabs have formed a second skin on Pete’s body, causing him to bleed. Large open wounds cover his legs and paws.

Pete had a severe case of mange.

His former owners used motor oil to try to cure the skin disease, Huddleston believed. He said the dog reeked of oil when it arrived at the clinic Friday.

“One of the misconceptions about treating mange is you pour some type of oil, usually motor oil on the patient,” said the doctor.

Huddleston and his team has been giving Pete round-the-clock care to treat his wounds. It will take months and thousands of dollars to help Pete recover.

Charlotte Liberda, president of Red Collar Rescue, has been helping to raise donations for Pete and awareness. 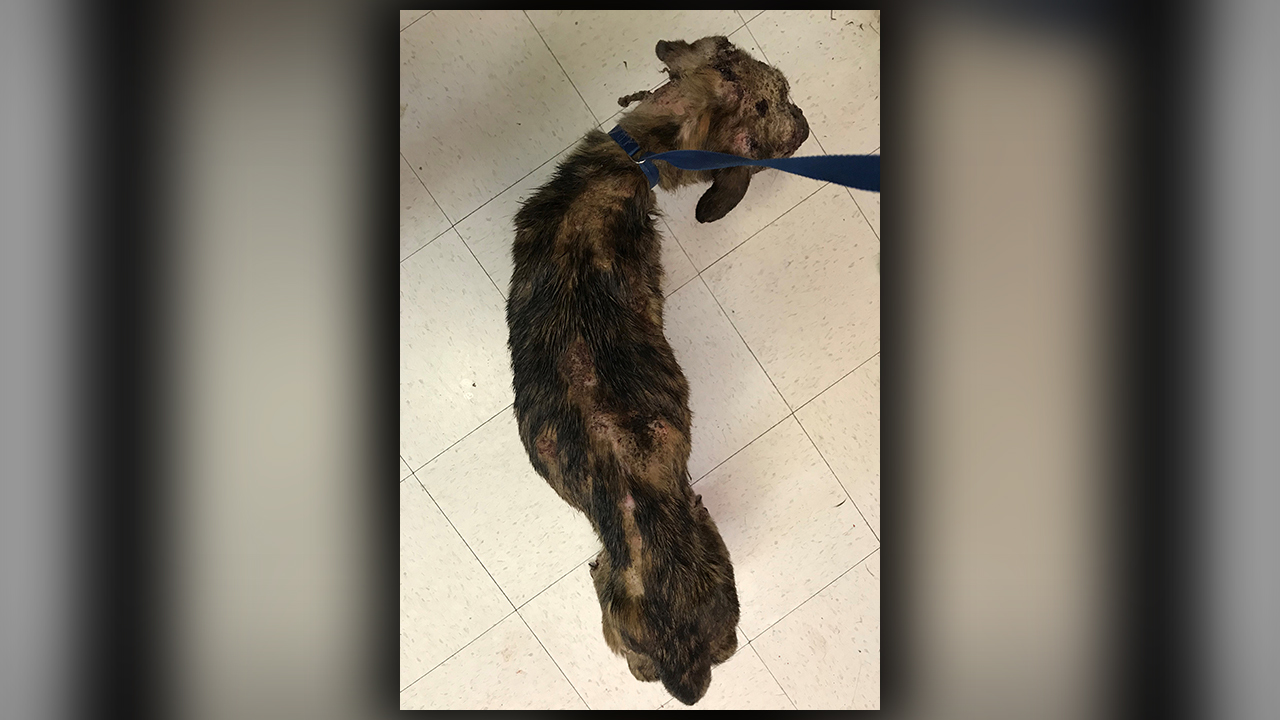 “We want to make sure he goes to the best home where this never happens to again,” said Liberda.

"If you'd had seen when he first came in, he looked like a blood clot with feet," said veterinarian Mike Huddleston.

Pete suffered from bad mange and owners. How he got to the Bellaire animal clinic and what recovery looks like on @KPRC2 at 10. pic.twitter.com/kQMA63g3Yx

The animal advocate was the one who helped get Pete to the Bellaire animal clinic. Liberda contacted Huddleston after BARC Animal Shelter reached out to her. She was told the owners were the ones who dropped Pete off to the animal shelter. Both Liberda and Huddleston want to see those owners charged and prosecuted for animal abuse.

“The irony of this whole thing is this dog loves people,” Huddleston said. “Even after all that abuse and stuff he’ll lick you in the face and give you kisses.”

Pete has a long road to recovery. He’ll be available for adoption once his wounds heal, he’s neutered and microchipped.

Red Collar Rescue will facilitate his adoption process and plans to provide updates on Pete’s recovery in the months ahead.