Abbott: Those driving into Texas from Louisiana will be quarantined

HOUSTON – The parents of a Houston-area journalist who was kidnapped in Syria in 2012 spoke to NBC’s Matt Lauer on Wednesday during the Today Show.

While little is known about what happened to the former Marine, he is one of many journalists who have gone missing in Syria. 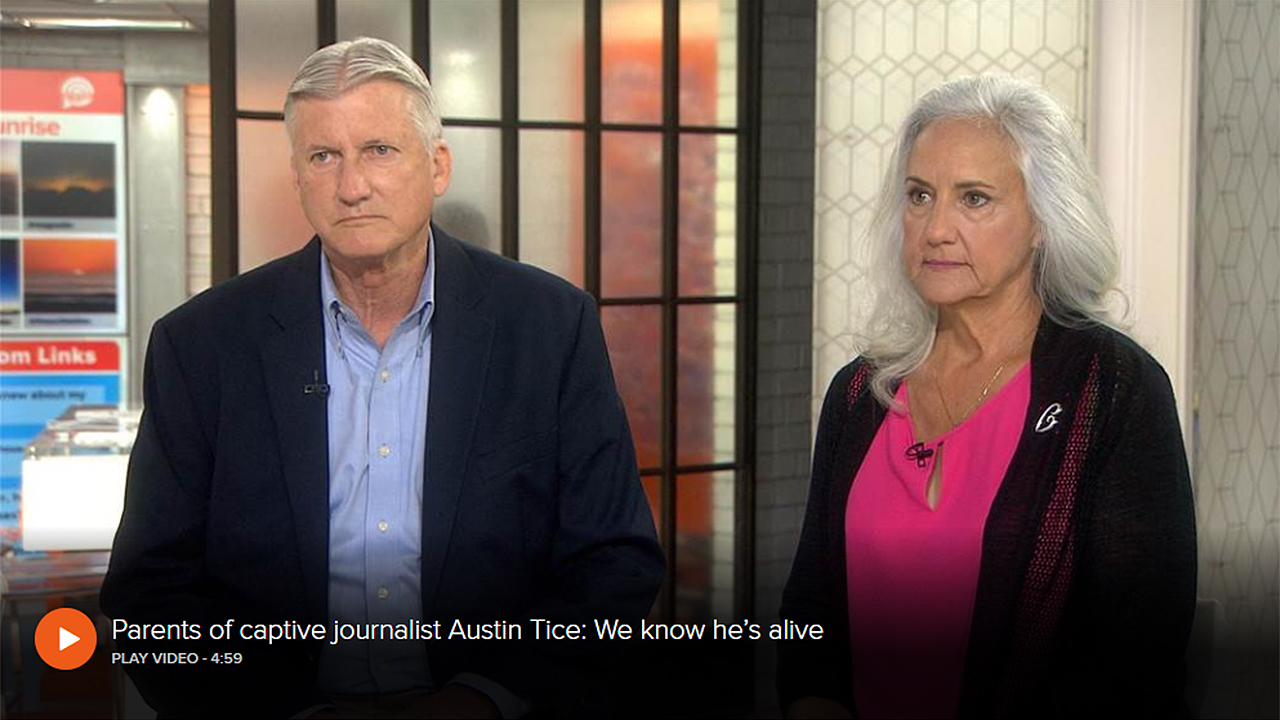 Tice’s parents, Debra and Marc, have continued to hope their son is alive. They urged the administration of former President Barack Obama to bring him home. In 2015, they launched a social media campaign using the hashtag “Free Austin Tice” to raise awareness about their son’s disappearance.

“He really believed in freedom of information,” said Debra Tice during a 2015 interview with KPRC 2. “He felt like with his training as a Marine, to go into an environment like that, he would be safe.”

There is renewed hope for the Tice family since it was recently announced by the Trump administration that efforts are underway to find their son and bring him home.

Austin Tice is an award-winning reporter who has written for The Washington Post, The Associated Press, NPR and the BBC.