'American Idol' Alum Trevor Holmes on How He Ended Up on 'The Bachelor: Listen to Your Heart' (Exclusive)

Trevor Holmes hit the right notes when it came to getting Jamie's rose on The Bachelor Presents: Listen to Your Heart.

The 29-year-old musician stood out from the crowd on Monday's series premiere of the new Bachelor spinoff -- and not just because of his past on American Idol. But how did he end up on the dating show? It ended up being the right "opportunity," he told ET's Lauren Zima.

"I'm not gonna lie and pretend that I've been an avid viewer [but] I definitely have seen the show," he said of The Bachelor. "I saw a lot of Ben [Higgins'] season and stuff like that. Anytime that I've watched, I've found myself hooked."

Trevor's claim to fame was having Katy Perry gush over how "hot" he was during his Idol audition in 2018. He had a girlfriend at the time of the show, but they've since broken up -- leaving him single in time for Listen to Your Heart.

"I've had several people in my life suggest, 'Hey, why don't you try and go on The Bachelor?' and I had thought about it for a bit. I didn't want to want to go on and people think, 'Oh, this guy is trying to promote his music career,' so I decided it wasn't a good decision for me," he explained.

No, Trevor didn't watch Jed Wyatt's downfall on Hannah Brown's season on The Bachelorette -- but he did hear about it. "I didn't want people to think I'm just on there to promote my career, so then when this opportunity came along to experience love and do music, it just seemed like a no brainer for me," he reasoned.

Trevor was looking to "fall in love with my best friend," he confessed. While it wasn't love at first sight, it was an "instantaneous connection" he felt with Jamie after meeting her on night one of Listen to Your Heart.

She was involved in a love triangle and seemed to be leaning towards giving another man, Ryan, her rose after their romantic date at Capitol Records -- but Trevor swooped in with a serenade before the rose ceremony and earned her affection.

"I didn't do anything meticulously to try and earn her rose or whatever," he insisted to ET. "I was just me, and that was enough for her to make her decision. And so I'm grateful for that."

He also doesn't think his serenade was that big of a deal. "I feel like that would be special to someone who's not a musician, so ... [in this case], I'm not pulling out some talent that's gonna woo them," he shared. "For me, music is such a personal thing. I'm not always the best at expressing myself through words and I thought, 'Just let me show her another part of me through music.'"

"It's rare when you meet someone and you just feel this instantaneous connection. It's almost like you feel like you've known them for years and that's kinda like the instant spark that I felt with Jamie," Trevor said.

However, with Ryan still in the house -- and new contestants arriving soon -- Trevor and Jamie might not be so solid.

"I’m aware that Jamie is a hot commodity in the house. I think a lot of the guys are attracted to Jamie," he said. "I didn't have any agenda or plan to try and stick along as long as I can. I'm not plying any games or anything like that. I wanted to give a fair chance to try and talk to the other girls and see if there's anything else there, but I kind of felt right up front that my connection is with Jamie."

Trevor wouldn't reveal if he and Jamie are still together (he did say he's quarantining with his mom, his grandma and his dog), but finding love was his priority.

"My ultimate goal is to find my person and have a family and all of that stuff," he said.

"Love or music? ... I have to go with love, because I feel that love is what makes life worth living," Trevor added. "And if you don't have that, you don't have anything."

As for his message for Perry, Trevor said, "I'm hoping that her and Orlando [Bloom] tune in and that they root me on," he said. "I'm really excited for it."

The Bachelor Presents: Listen to Your Heart airs Mondays at 8 p.m. ET/PT on ABC.

'The Bachelor: Listen to Your Heart': An 'American Idol' Alum & Cringeworthy Serenades Create a Franchise Hit

'The Bachelor': Inside 'Listen to Your Heart's First One-on-One Date (Exclusive)

'Bachelor: Listen to Your Heart' Could Get More Episodes, Remote Reunion Because of COVID-19 (Exclusive) 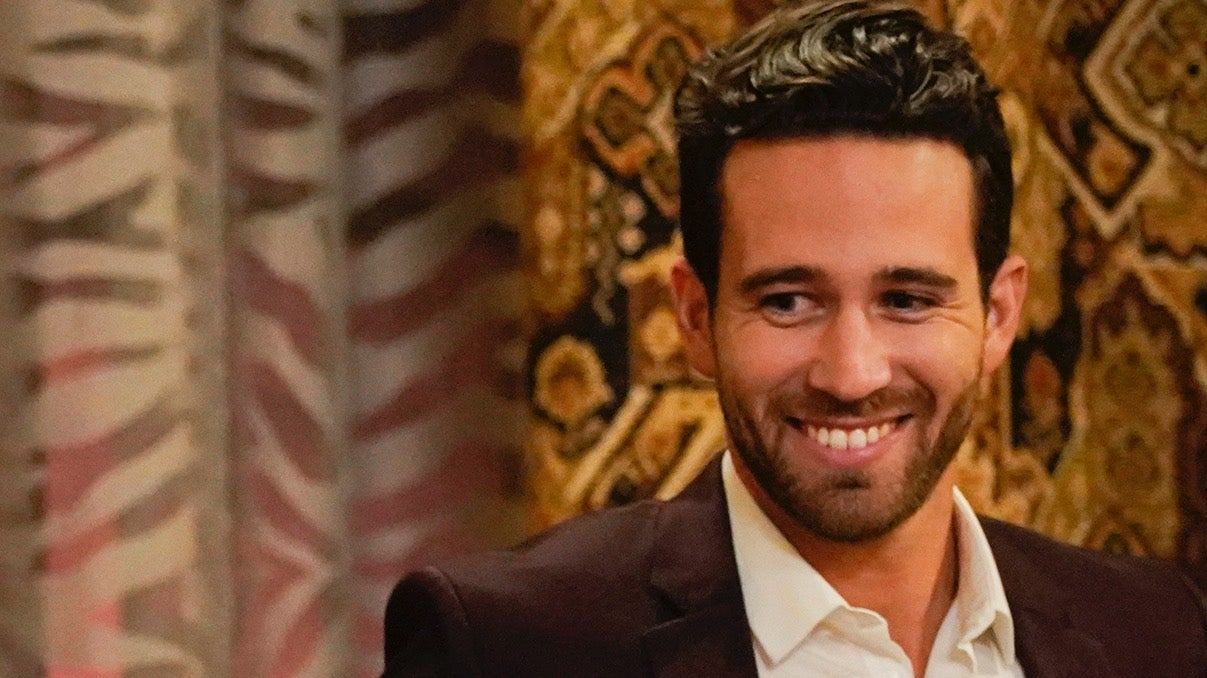